Police have provided more details into the high-profile incident that shut down the Coquihalla Highway (Hwy 5) for multiple hours Wednesday afternoon.

It began with the attempted traffic stop involving a stolen black Dodge Ram shortly after noon near the Coquihalla summit.

When officers attempted to stop the vehicle, it fled and proceeded down a side road, the RCMP said. 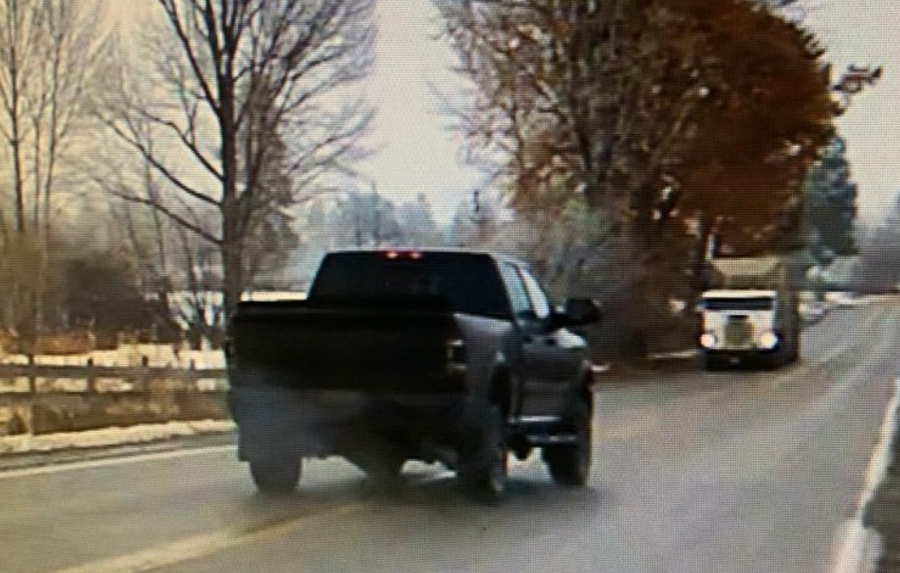 “The vehicle became stuck and three occupants ran from the vehicle,” police explained. “Initial witnesses reported that one of the fleeing suspects was in possession of a firearm.”

The firearms report resulted in the evacuation of more than a dozen construction workers from a nearby worksite as officers searched for the suspects nearby.

A woman was located and arrested quickly, but two men remained at large and police made the decision to close Hwy 5.

“Out of an abundance of caution the highway was closed for several hours while we searched the area for these suspects,” explained Sgt. Josh Roda.

“Without knowing their identities or their intentions, and reports indicating they were armed, we felt it was best to keep all members of the public from the scene.”

After a lengthy search, the two men were located and arrested without incident around 6 pm. They were transported to the Merritt RCMP detachment.

While the investigation confirmed the pickup was stolen out of Coquitlam and the licence plate on the vehicle was stolen out of Langley, police are not yet connecting it to the dynamic incident that brought the Lower Mainland to a standstill on Tuesday.

“We are aware of the online speculation on the identities of these suspects,” added Roda.

“Although we are in the preliminary stages of this investigation, there is no indication that these suspects are related to any recent high-profile events in the Lower Mainland, or Merritt.”

The Merritt RCMP is asking anyone who witnessed Wednesday’s events in the area of the Juliet Bridge, or anyone with relevant dash cam footage, to contact them at 250-378-4262.