After a long wait eight-month wait, the Okanagan will finally get its first provincially regulated cannabis store on Canada Day.

Spiritleaf has announced it will open its doors in Vernon for the first time on July 1. 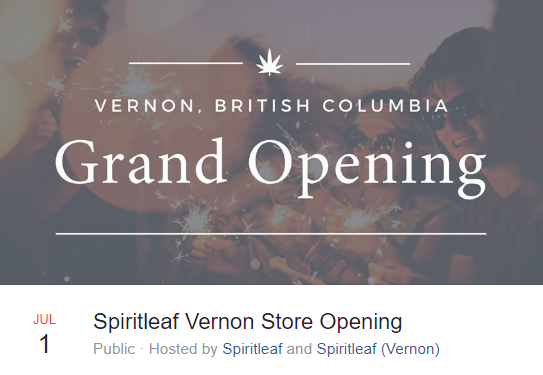 Outside of the Indingenous Bloom cannabis stores, it was long believed that a Starbuds location in Lake Country would be the Okanagan's first provincially regulated cannabis store after it was approved by local government in December.

However, that process has been slow moving, leading its operators to express its displeasure with the province's lack of communication.

Kelowna city council has approved and forwarded 10 retail cannabis applications to the province, but has yet to receive word on when those will be approved.