An Okanagan man’s book has been featured by Amazon as one of the best of 2015.

A true Okanagan writer, Adam Lewis Schroeder grew up in Vernon, currently lives in Penticton, and is a Lecturer for the Creative Writing program at UBC’s Okanagan campus in Kelowna. Now, he’s been recognized on a huge platform: Amazon itself. 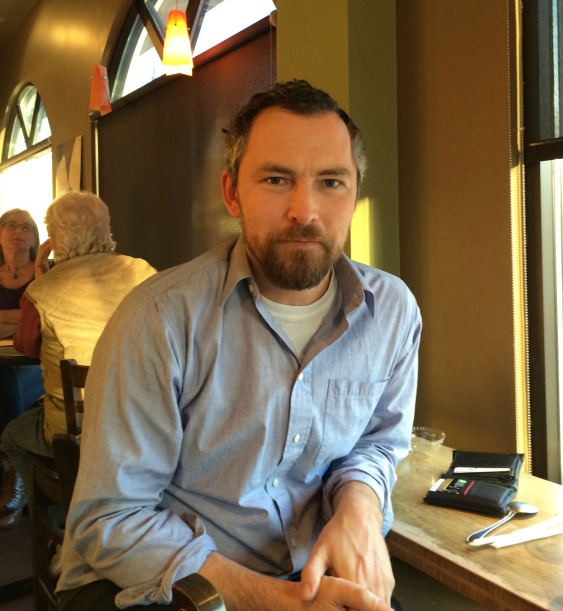 Adam Lewis Schroeder is getting some fantastic reviews for his newest novel. (Photo Credit: Contributed)

All-Day Breakfast is about a widowed father and substitute teacher, Peter Giller, who takes a chemistry class on a field trip to a plastics factory. There, a pipe bursts and covers Peter and the students with a mysterious pink goo. “They start to get horrible fiery tempers, and within the first couple of days, a couple of students lose arms and appendages,” said Schroeder.

“So they dub themselves zombies because they’re losing their limbs, but they also figure out that instead of craving brains, they crave bacon.” 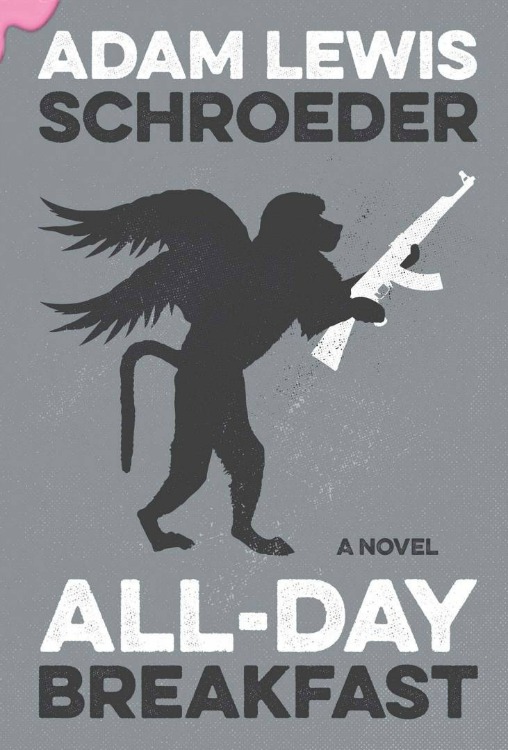 This story of bacon-loving zombies sounds pretty hysterical, but it also has more serious elements as Peter and the students go on a journey to discover who was behind the goo and how to get their lives back. Schroeder’s novel has major threads about foreign wars, returning veterans, addiction, and family sorrows. The book has received very positive reviews from critics in addition to this nod from Amazon.

“It’s probably more literary in terms of the depth of detail and characters than most zombie novels,” said Schroeder, saying that there was a density in the writing as well as little character details, jokes, and pop music in the novel. However, he hopes the more literary aspect won’t drive away typical zombie readers away, as there’s lots of hilarious action to enjoy as well. 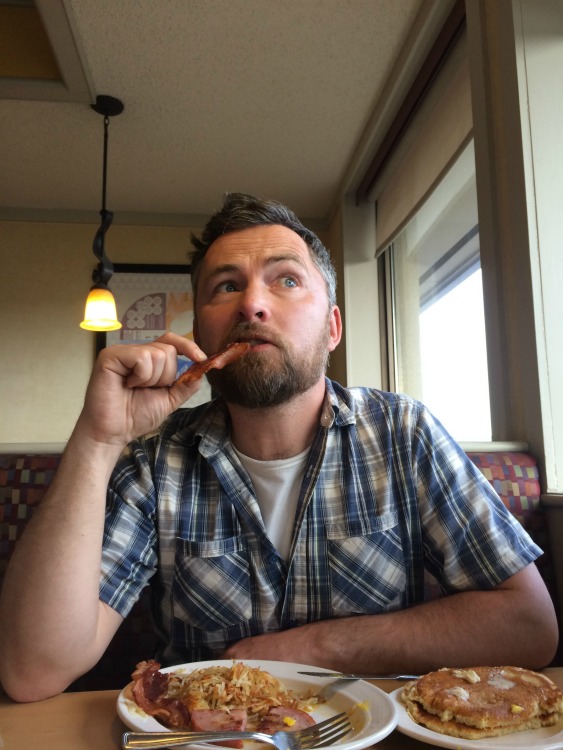 Schroeder's book has bacon, humour, and some classic zombie gore mixed in with the more serious issues. (Photo Credit: Contributed)

Schroeder has previously published two novels and a book of short stories, making All-Day Breakfast his fourth book. His first novel Empress of Asia was a finalist for the Ethel Wilson Fiction Prize and the Amazon.ca/Books in Canada First Novel Award, while his second novel In the Fabled East was a finalist for the Commonwealth Regional Writers Prize.

Schroeder is one of many Okanagan authors making waves with his writing. Recently, Kelowna professor Alix Hawley won the Amazon First Novel Award, beating out the recent Giller Prize winner, while UBCO MFA student Ashley Little was nominated for a huge prize against some of the world’s biggest names in literature.