One personal trainer has garnered attention for his work right here in Kelowna.

Giles Weeden has been personal training in the city for three years. In that time, he’s made quite a name for himself at GoodLife Fitness, with clients who have stuck with him from the beginning.

He runs a boot camp program, UX18, which is made up of 18 sessions across 6 weeks, and with that he entered the contest. 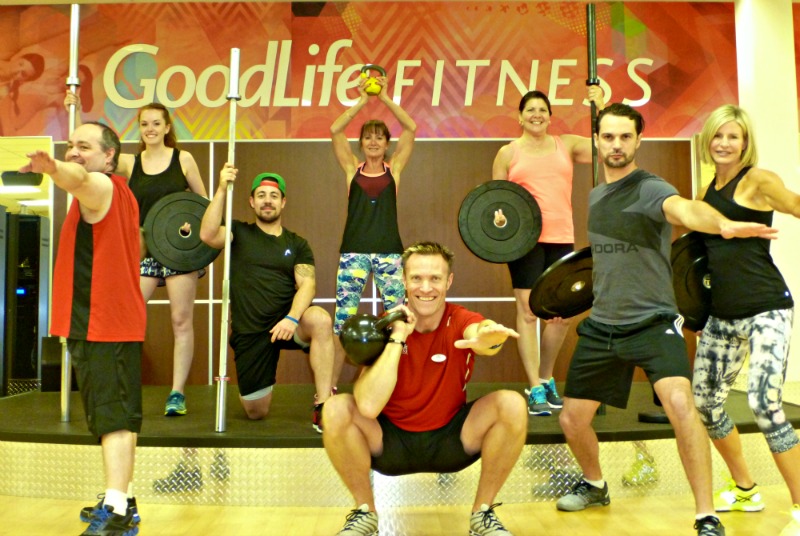 Client stories are submitted by trainers and coaches across the 350 GoodLife locations in Canada to the competition, the Transformation Challenge is run three times a year.

Weeden is the first trainer in British Columbia to win it.

A million members work out at GoodLife across the country, and there were over 200 submissions, but to the judges, one person stood out.

Weeden’s client Theresa Merslack, who has completed 10 boot camps with him, lost 10 pounds in the course of the latest class, and improved in her fitness assessment by over 10 per cent.

“I was super excited,” Weeden said about the recognition. “She’s a great ambassador for my boot camp.”

“She’s now a very strong, mobile, healthy, and happy person. And she didn’t necessarily start out that way,” he said. “Not only has her strength improved, but she’s also become a lot more confident.”

“To see the change in her confidence levels makes me really proud,” said Weeden.

Weeden moved to Kelowna in April in 2012 from London, UK.

He said, it’s one of the fittest and healthiest place in Canada, because residents have a great appreciation for the outdoors.

In his boot camp, Weeden said he focuses on what he calls “functional training”, wFhere everything applies to life.

People want to be "fit to play," he said, enhancing other sports, hobbies and everyday their lives. His class starts off foundational, with mastering basic body weight exercises before it gets more challenging.

After winning the contest, Weeden said he was inspired to run more classes, and will soon be taking kettlebell training in Edmonton, coming home as GoodLife Kelowna’s only qualified kettlebell instructor.

“I’ve had a lot of people come in with low confidence levels, and I’ve nurtured and encouraged them. It gives them such a boost of confidence, and that to me means so much.”