Studying the brainwaves of monks was never on the mind of Breezy Beaudry, but the Kelowna woman did just that.

Beaudry grew up in Kelowna and is currently studying Kinesiology at the University of Victoria. She recently was given the opportunity to travel to Nepal to study Tibetan Buddhist monks as they meditated. 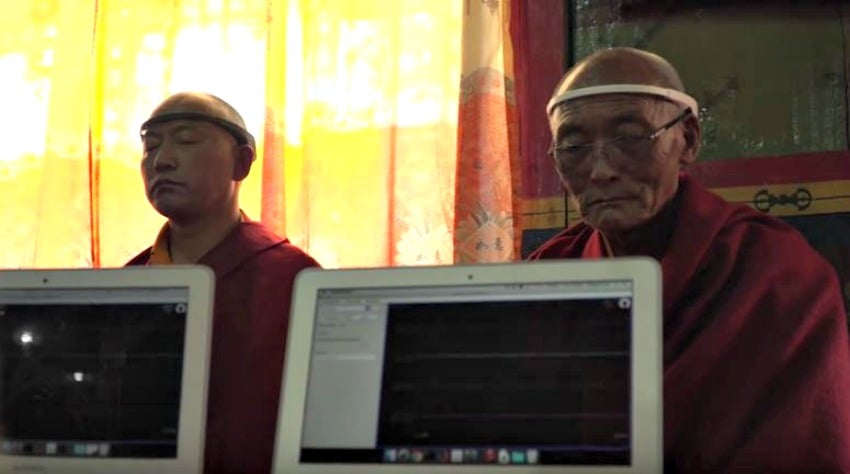 “It was very neat to have, what we called a novice monk and an expert monk, someone who was more familiar with meditation versus a monk who hasn’t mediated yet,” Beaudry told KelownaNow.

“Just to see not only potential differences between monks before and after meditation, but maybe between anyone and a monk’s ability to focus on the tasks.”

The university student was a research assistant for UVic’s neuroscientist Olav Krigolson. The pair used a portable EEG device called a Muse, which is a Star Trek like device, that studies a person’s brainwaves.

When the monks had the Muse on, they were asked to do a number of different computer tasks. Beaudry and Krigolson will compare their brainwaves to a group of Calgary students who also took part in the study.

“We’re seeing a difference. We’re seeing something that is different between monks and then our own sample groups. Also, even just between doing the computer tasks before the mediation and after,” Beaudry said.

Beaudry and her team hiked up to a monastery to reach the monks who had agreed to take part in the study. Beaudry said when she arrived in the monastery, she could feel a weight lift off her shoulders.

“Being able to see them meditate in front of us was really neat. They looked so at peace and you could tell they’ve been doing it for years and years. We even had some children monks come in, who have never meditated, but they were extremely excited to do the study as well.”

Krigolson is currently working on the data, which will be released later this month. Papers will be written on the research. Beaudry said National Geographic has even reached out saying they were interested in the research.

The 23-year-old will be graduating from UVic this year and hopes to have a career in emergency or rural medicine.