It’s called a crime of convenience.

In fact, bicycle theft is so convenient that reported thefts are up nearly 40 per cent in Kelowna 2016 compared to 2015. Kelowna RCMP, the City of Kelowna and the Regional District of Central Okanagan have decided that enough is enough and have joined forces with 529 Garage to combat these thefts.

J Allard is co-founder of the 529 Garage project, he believes the mobile app and website is essential in the fight against bike theft.

“Bicycle theft in North America is a $500 million dollar epidemic and its because the bad guys have been using technology better than the good guys," he said.

Kelowna resident Chloe Szakacs recently had her bike stolen right out of her gated backyard.

“I’ve had my bike locked up in there two years and I live in a very quiet and safe neighbourhood, I figured it was safe," she said.

Like many people who discover their bike has been stolen, Szakacs felt helpless about getting it back.

“I felt like the odds were so slim, I didn’t even report it to police and I figured they have more important things to do with their time.” 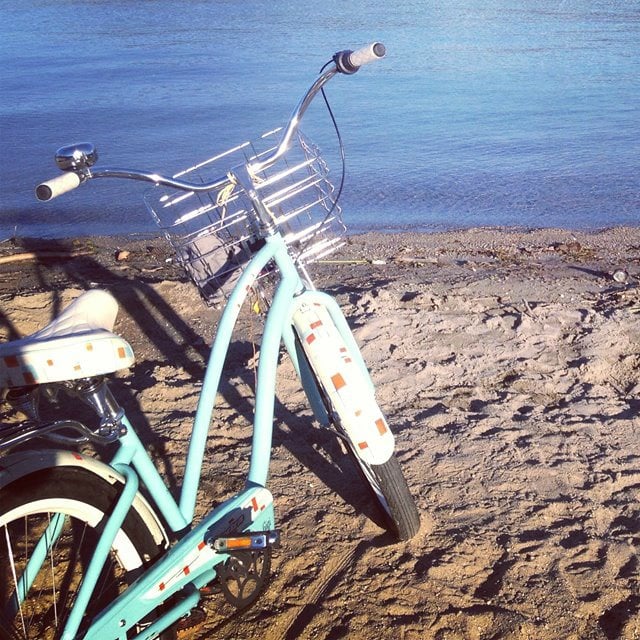 The 529 Garage project aims to change that.

Once the owner registers and creates a profile for their bike, the app offers a sophisticated system that allows the owner to quickly take proactive steps to getting their bike back.

How does it work? Like any app, the user downloads it onto their phone and then registers their bicycle onto the app’s database. The app takes no personal information other than the owners first name and email address.

Then the user enters the details of their bike, a picture, and most importantly the registration number on their 529 shield sticker. These shield stickers are available at bike shops, from law enforcement and online at Amazon.ca.

The shield sticker immediately lets thieves know that the bike is registered, traceable and will have people looking for it if stolen. Just putting the shield sticker on improves the security of the bike.

“The shield sticker is already well known in the bike theft community and by itself is a strong deterrent to potential thieves” says Allard. “Similar to having a security system sticker on your home’s window.” 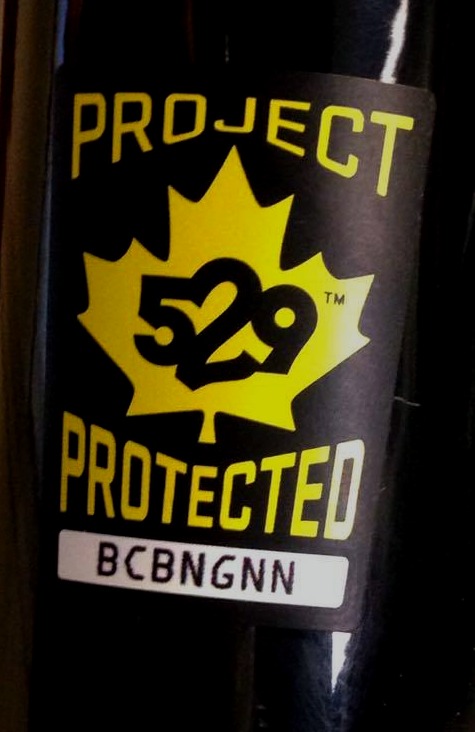 However, if the bike is stolen, the owner can now quickly issue an alert on the app that will notify local law enforcement, bike shops and any other members of the cycling community within a 15-kilometer radius who have the 529 app.

Not only does this increase the amount of people now searching for the stolen bike, it also makes it very difficult for the thief to re-sell the bike on sites like craigslist or at pawn shops.

Szakacs, who’s bike was eventually found and returned, agrees the 529 app would be a more effective method of finding and returning a stolen bike, rather than just relying on good luck.

“I used facebook and sent text messages to alert my friends but my bike was found and returned purely out of good karma and luck," she said.

This lucky break occurred after a Kelowna resident found her bike and instead of keeping it went out of her way to put up flyers, one of which Szakacs spotted in a local coffee shop.

While Szakacs' story has a happy ending, much of the hassle both she and the resident who found the bike experienced could have been easily navigated with the 529 Garage app.

Using this process, once the bike was stolen, Szacaks’s would have sent an alert out on the app. The resident who found the bike then would have checked the 529 shield sticker and reported the registration number, which would match that of Szacaks’s missing bike, making it easy to return.

“It’s like a modern Crime Stoppers on your smartphone,” claims Allard, who has already seen how effective the app can be.

“In ten years bike crime has never gone down in Vancouver” says 25-year RCMP veteran Rob Brunt. “In the year since we launched the 529 Garage Project, it has finally gone down.”

Kelowna Regional RCMP hope they can replicate these positive results in their partnership with the 529 Garage Project.

If you would like to improve the security of your bike, you can bring the bike to either the KLO or Rutland community policing offices and they will help register it and put the shield sticker on. 529 shield stickers will also be available at most local bike shops by the end of the month.