It’s no secret that technology is a large part of our lives.

Technological advances shape the world we live in and the restaurant industry is no exception.

Here in Kelowna, there are three restaurants that are trying to stay ahead of the curve with different technologies to aid various parts of the dining experience. 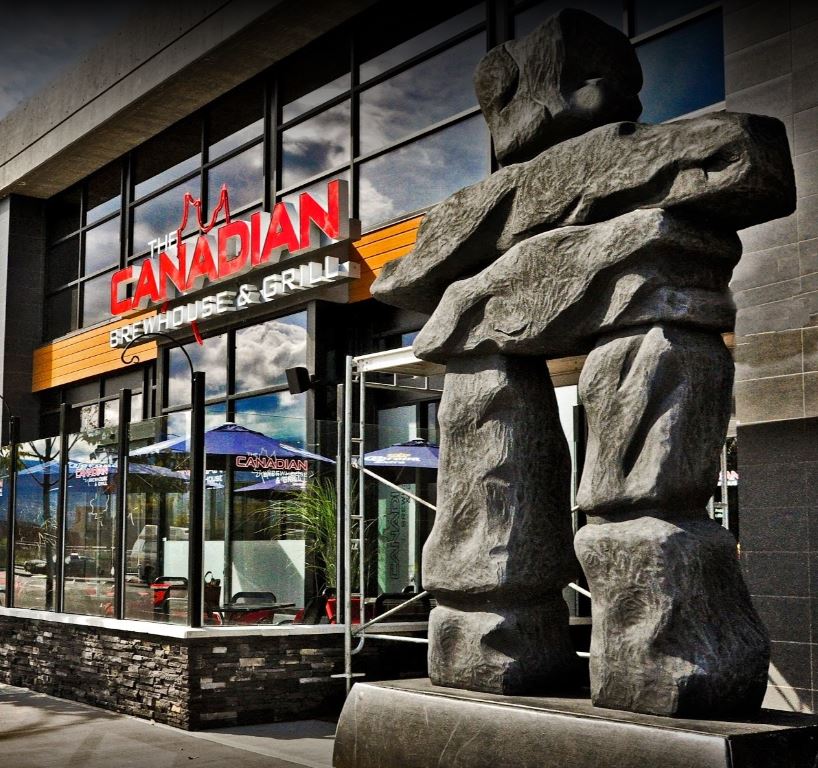 The Canadian Brewhouse’s Kelowna location opened it’s doors in 2015 and instantly became one of the city’s most popular restaurant/bars.

With over 50 TVs, a large menu and plenty of beers on tap, the Brewhouse is often busy in the evenings and weekends.

In an effort to improve efficiency and the customer experience, the franchise introduced a buzzer system in November 2016.

The three options on the buzzer are to call for your server, get your bill or cancel your previous request, so basically there’s just two simple options.

When you buzz, the servers get an alert on their wristband, which is like a Fitbit, and know that you’re in need of something. 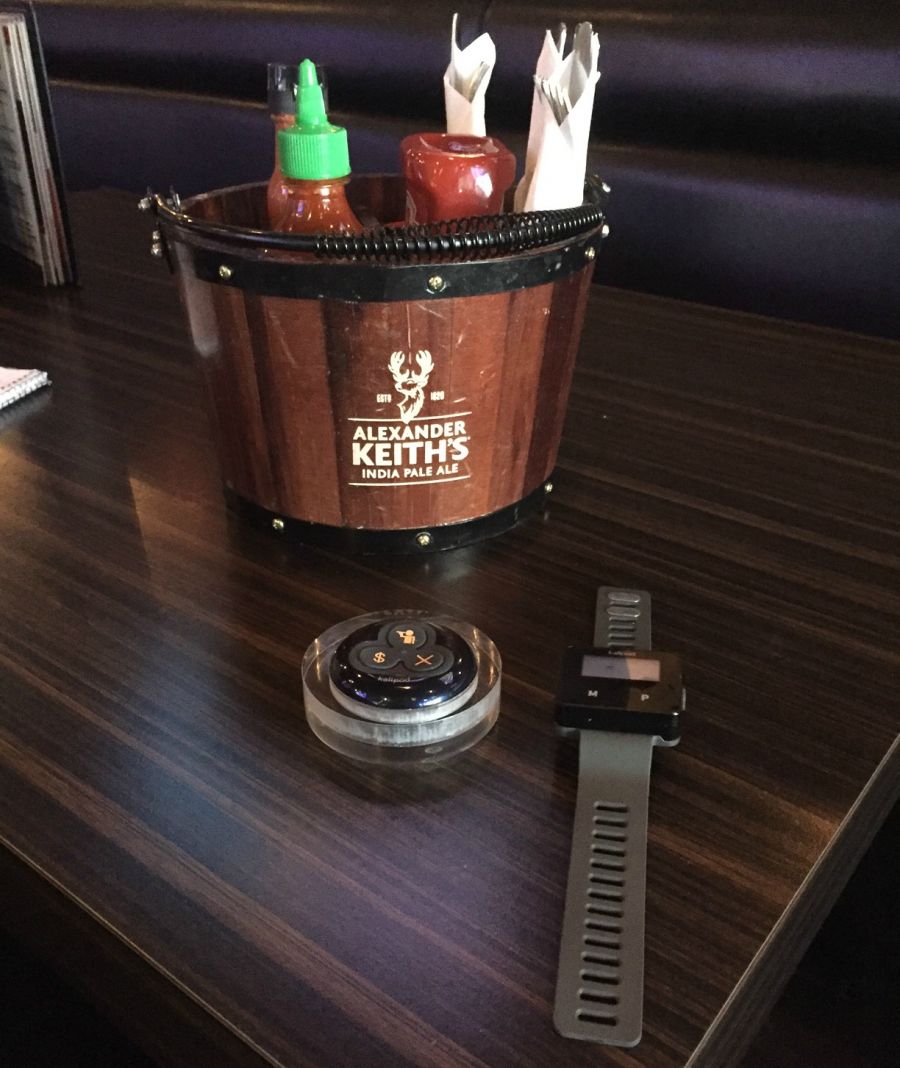 It may not seem like much, but they do make a difference.

“When you’re waiting for something like an extra napkin or ketchup and you have to wait until you can catch a server’s eye, I think it ruins a customers experience,” said Karen Paulgaard, Marketing Director for the Canadian Brewhouse. “So now they can just press a button and our servers know that once they get over there they should go check on that table, maybe sooner than they would have otherwise.

Paulgaard added that the servers aren’t expected to drop everything and run when they get buzzed, but it’s a nice reminder on busy nights that a certain table may need service.

While the buzzer can makes things easier on customers, it seems like there are both pros and cons for the Brewhouse servers.

“It’s helpful when you have a party that’s already eaten and are just hanging out having drinks, ” said server Erica Lyons. “You don’t want to keep bugging them every two seconds so they can just push the button.”

“But when a bunch of people come in and watch you from across the room and they’re just buzzing you and watching, that can get annoying.” 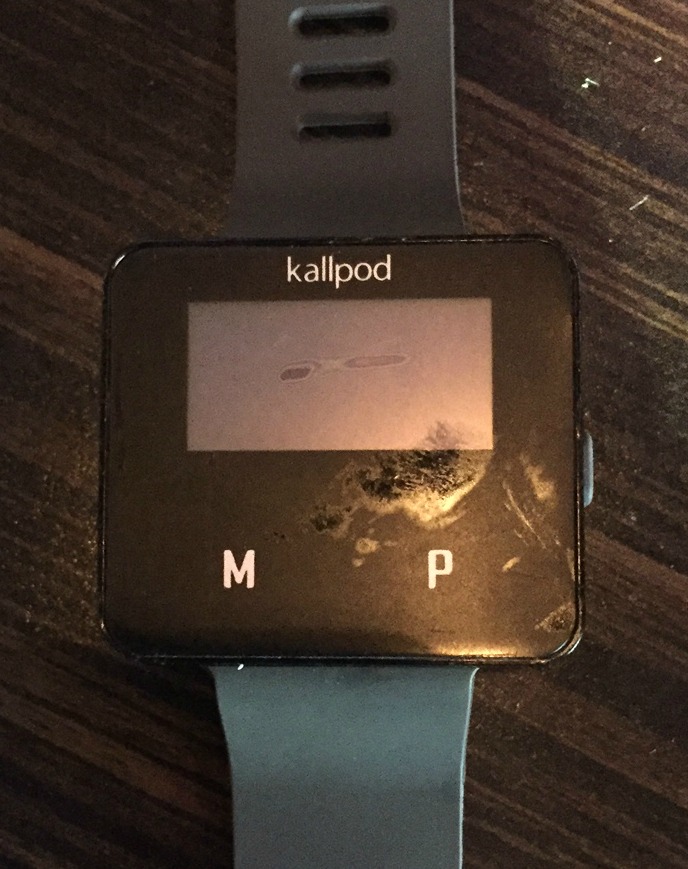 Lyons continued on to say that managers at the Brewhouse get every buzz to their wristbands, so they can intervene if they notice a party that is abusing the system.

While out at the Brewhouse earlier in January, one server told our party about a pair of kids who ran around the restaurant pressing all the buzzers one nightmarish evening, but I suppose kids will be kids!

Once those kids grow up, however, they’ll likely turn into an overly polite Canadian, something Lyons says she’s noticed when people are hesitant to use the buzzers.

“A lot of people think it’s really cruel and say they’d never do that, but I just say don’t worry about it, I’m totally fine and they should go ahead!”

“Most customers really like it, but some people are a little weary to use it because everyone is so polite in Canada,” Paulgaard said. “They don’t want to seem like they’re pushing you or trying to ask for anything.” 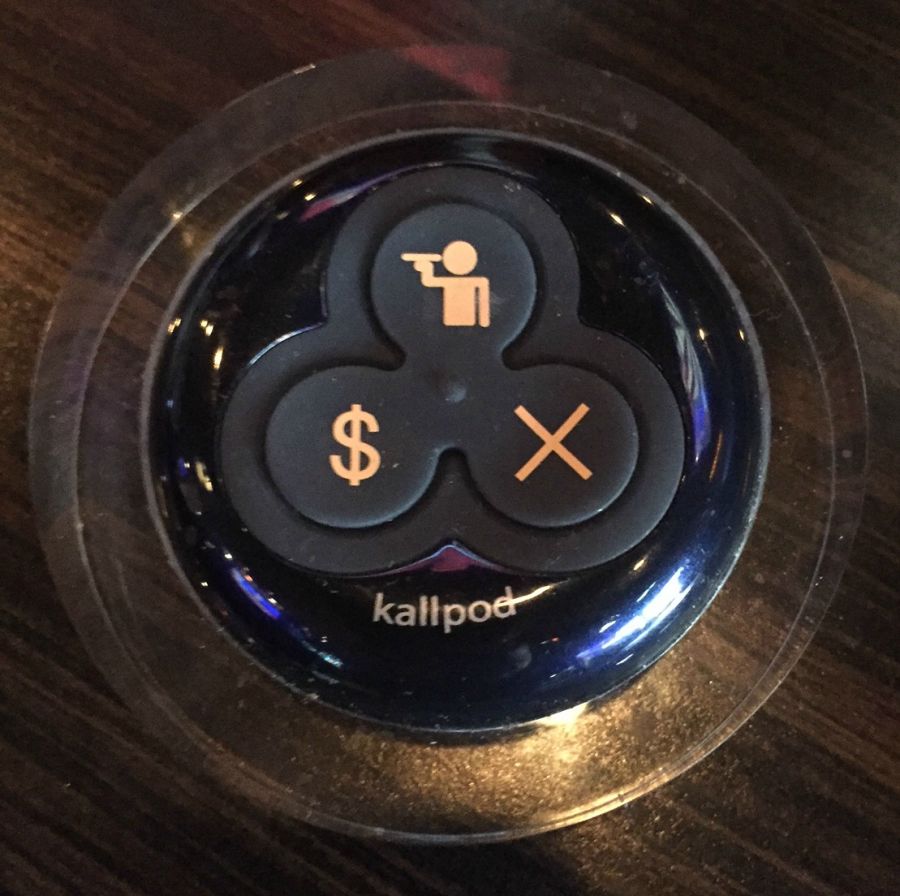 Even if it takes Canadians a bit to get used to, the buzzers seem like they’re here to stay, but neither Paulgaard or Lyons see them as more than an added bonus to the dining experience.

“Regardless of how you’re communicating you still need somebody to bring things and interact with guests and if you get too technological it takes away from that personal aspect,” said Paulgaard.

So for now at least, it looks like jobs in the restaurant industry are safe, despite the new buzzers.

At Red Robin, the franchise reached an agreement with QSR Automations late in 2016 to introduce a pair of technological platforms to their restaurants.

One is called the Dinetime app, which allows customers to see wait times at the restaurant as well as make and track a reservation through the app.

The Kelowna location is not yet using Dinetime, but they are taking advantage of the other addition Red Robin has made through QSR Automations, which is the ConnectSmart Kitchen.

“It’s a live system to monitor when tables are being sat, if servers have greeted them, when they’ve ordered and what they’ve ordered,” explained assistant manager, Ryan Stugis. “It really ups how quickly and how well we can get people seated, tables greeted and food going.” 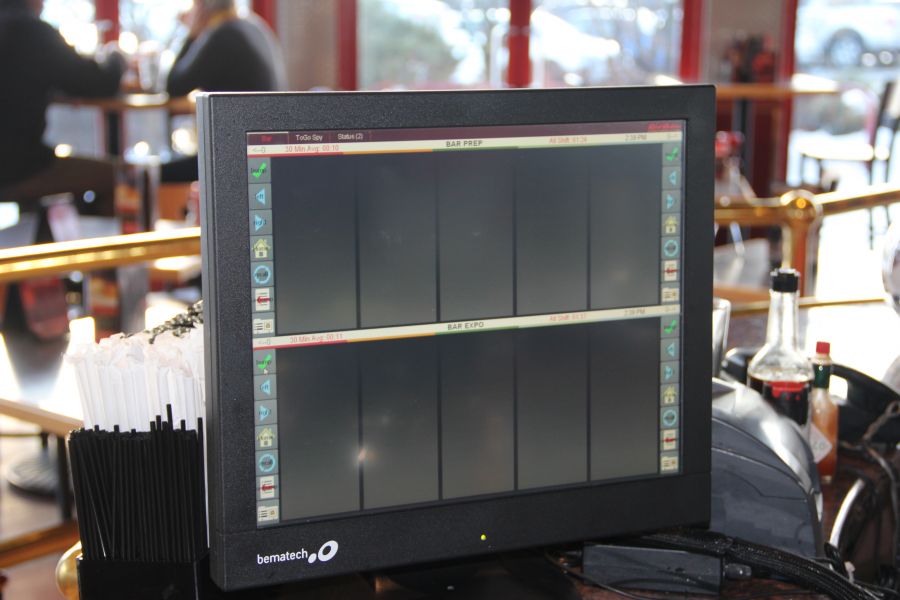 Stugis says that monitoring the restaurant’s activity with ConnectSmart Kitchen has made things a lot easier and more efficient, since their old system was simply a laminated sheet and dry erase markers.

“You’d randomly go around the restaurant and update that every once in awhile, but you’d have to wait for whoever was doing that to finish.”

Now Stugis can walk around the restaurant and update things on the iPad in real time and the hosts will be able to immediately seat new customers once an update was made.

“On Friday and Saturday nights we’ve definitely noticed that it’s made a huge difference in how quickly we can get people in the door.”

The ability to do things more efficiency through ConnectSmart Kitchen hasn’t just made it easier on staff, but Stugis says that it’s also improved the quality and consistency of the food, which improves the customer experience. 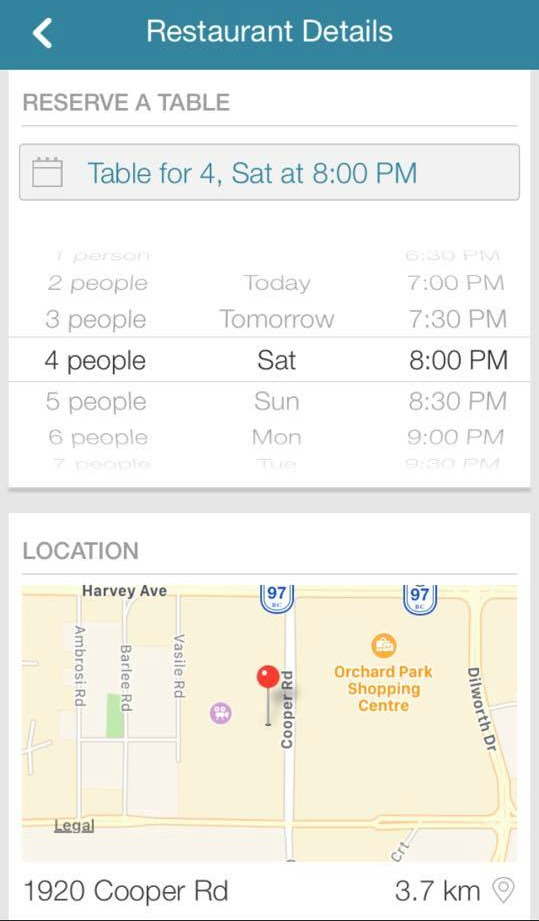 “Customers love it,” said Stugis. “The biggest part they’re noticing is how quickly we’re getting the food out.”

Less customers seems to be noticing the improvements in how quickly they’re being seated, mostly because the expectation is there that you’ll have no wait at certain times, like Wednesday afternoon, but a large wait at others, like Friday evenings.

While the Canadian Brewhouse buzzers may be seen as just an extra bonus, Stugis sees the QSR Automation technology as a huge part of the restaurant industry’s future.

“It’s 100% going to be the future of the industry,” he said without hesitation. “There’s no way you can do volume without being able to update things as quickly as we can be using the Dinetime app or something similar.” 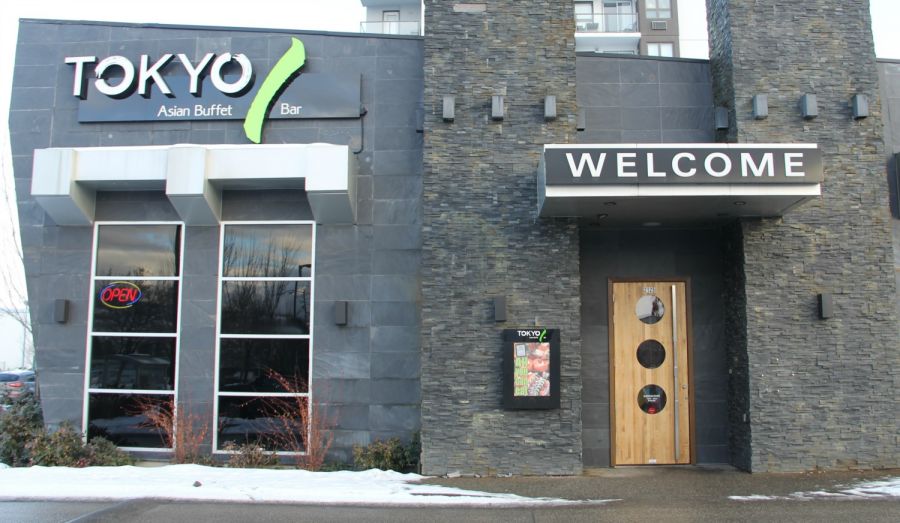 Tokyo Asian Buffet & Bar had technology on display since the day they opened in Kelowna, which this past September.

Part of the appeal for this new all you can eat restaurant is the way you order your food.

It’s not your typical buffet where you go and serve yourself from a selection of dishes, it’s more of a digital buffet.

Each table has an iPad with the entire menu loaded onto it, so you can go through at your own leisure and select the menu items you want.

The menu is very detailed with pictures, ingredients and quantities, so you can make your decisions with as little assistance from the staff as possible. 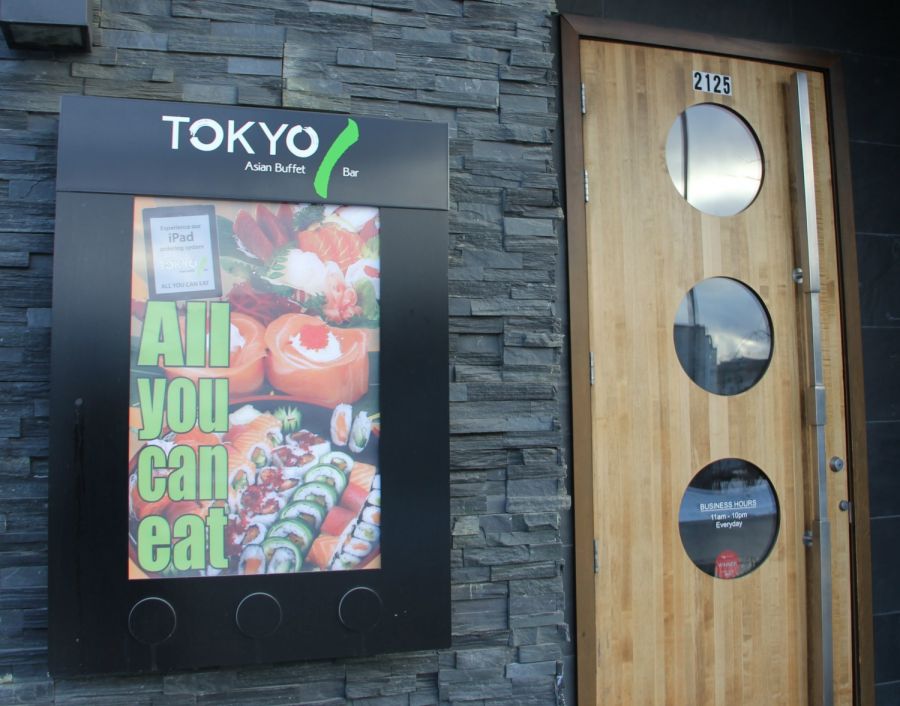 “After you’ve selected your items, the server comes to your table to confirm the order and then submits it to the kitchen,” explained Maxine DeHart, who tried out the restaurant shortly after it opened in September. “It’s slick and easy.”

The concept is a new one and definitely makes it a fun dining experience for customers, but what about for the staff?

“It doesn’t make it easier for staff, but it’s easier for the customers,” said the restaurant’s owner, Hong Lin. “It’s more efficient, but costs more.”

Lin added that the costs will likely prevent this from becoming a common theme in other restaurants.

Technology is making an impact all over the service industry

As you can see from these Kelowna based restaurants, technology is making its mark on the restaurant industry and the impact continues to grow.

It’s not just restaurants either, as plenty of our favourite brands are implementing different kinds of technology-based services.

McDonald’s made waves late in 2016 with their self-serve kiosks where you can order on your own and customize your meal however you’d like.

Starbucks has given customers the ability to preorder and prepay for their coffee or snacks before they get to the store, allowing for a quick and effortless pickup.

Now Tim Horton’s has jumped on that ship as well, launching their new app in Ontario to test the same preorder and prepay concept as Starbucks.

There’s no doubt that technology will be a large part of the restaurant industry moving forward, but the need for face to face service with a smile will always remain.