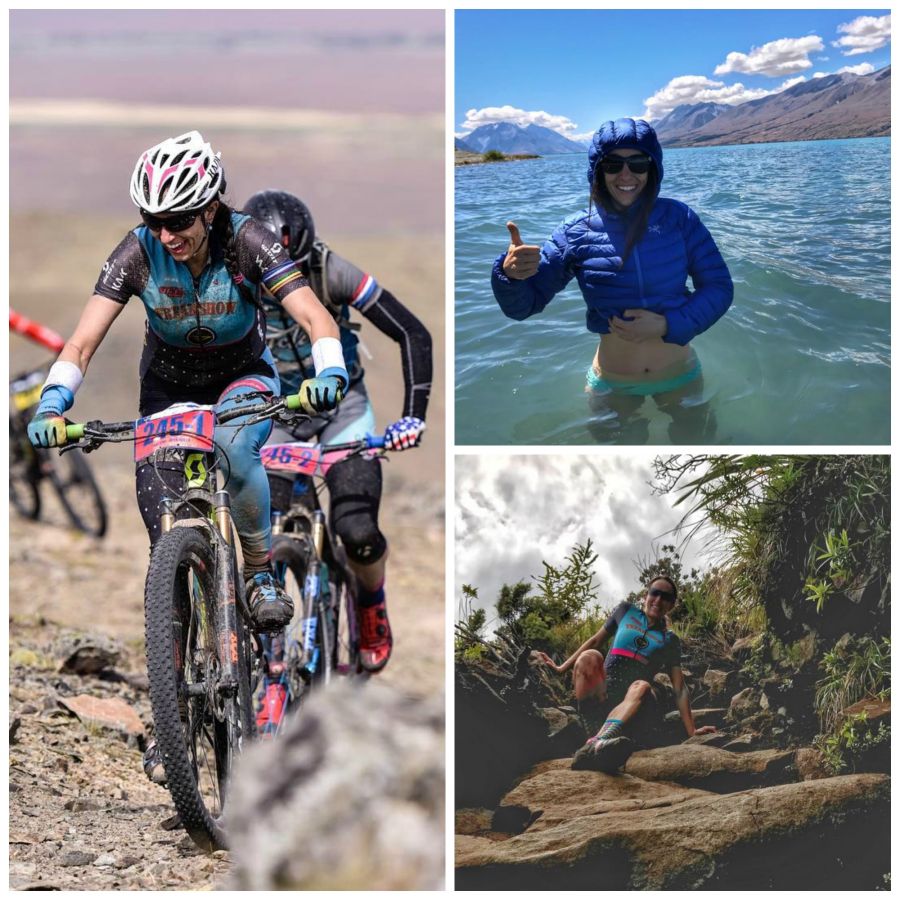 Mountain bike racer Sonya Looney returns to Kelowna after placing second in a seven-day mountain bike race, The Pioneer in New Zealand. While she and her teammate Gordon Wadsworth were set to win, they lost their spot due to a mechanical issue. Still, Looney looks back on the race and is proud of their accomplishments.

“You know it was good because he and I are great teammates and nobody got upset...we just kind of dealt with it and just kept going. And things happen out of your control and there's nothing you can do about it. So all you have to do is just keep doing your best and that's what we did,” she said.

Between Christchurch and Queenstown, Looney and Wadsworth covered 531 kilometres and more than 15,240 metres of climbing. Looney and Wadsworth were on track to win when a mechanical failure set them back by 45 minutes. You have to stay with your partner for the entire race.

“It was just a super freak accident and my teammate hit a big rock and it almost destroyed his wheel. It took him like 30 minutes to fix it and it was almost impossible to fix. Most people would not have been able to fix that and we were just trying to finish the day, because if you don't finish any one of your days, you don't get an overall result for the race.”

Still, they managed to push through to the next day and finish in second place. The professional athlete was also impressed by the terrain in New Zealand.

“So this race was around four to seven hours of racing every single day because of the elevation gain and you just went point to point across the island...you had these huge mountains, but not a lot of trees so they looked even bigger without the trees and these amazingly beautiful opaque blue lakes...and the colour of the water in New Zealand is unlike anywhere I've seen before.”

Looney’s been racing on an international circuit for the last six years. She’s lived in New Mexico, Colorado and now Kelowna, B.C. Out of all the places she’s race, Looney claims B.C. has the title for the best terrain.

“No, the mountain biking is way better in B.C. and in Kelowna...I mean B.C. is so incredibly technical compared to everywhere else because it's steeper and there's just these giant rock slabs you have to ride down and roots - and you ride in all different kinds of weather - but primarily it's the steepness that makes B.C. so different and so exciting compared to other places.”

After returning to Kelowna last Friday, Looney was on a plane 48 hours later and flew to California for a sponsor meetup. She flies into Kelowna tonight and is excited to be at home for a rest.

“I'll finally be able to relax a little bit, unpack. And my email is like insane so I'm looking forward to getting through that,” she laughs.

But it’s only a short rest for Looney. She’s got her sights set on her next races.

“So primarily right now I'm focusing on stage races and 100-mile mountain bike races. So I have a few different stage races on tap for the year around the world and some hundred-milers.”

“Lots of desert, technical single track. So I'm really looking forward to that.”

She’s also got her sights on a stage race in Pennsylvania, a six-day stage race in B.C. called the TransBC Enduro and one in Columbia in August.

“Yeah, now you can kind of ride outside as long as it doesn't snow again. so I'm looking forward to getting outside a little bit," she says.

Looney met her husband at a mountain bike race and moved to Kelowna three and a half years ago. When asked if she would race with her husband she said maybe after she retires.

“Right now in my career as a pro athlete, I have to go try to win the races and he doesn't train full time like I do. So we can't really team up right now. But when I retire? Yeah, I'd love it...

Right now I'm definitely focused on building community, and having fun and also winning all the races that I go to.”

She’s the 2015 world champion of 24-hour endurance racing and she’s training to win.