Now you can restock your beer fridge without having to leave your house.

The app Designated Delivery has officially launched in Kelowna and Saskatoon, and it’s their first weekend of operation.

Customers can use it to order alcohol and have it delivered to their door, and the developers behind it are hoping to add cannabis to their service in the future as well.

Amber Bahm, co-founder and COO, says that they’re just working on getting through some of the regulations to make cannabis delivery possible, but for now users can order their alcohol online between the hours of 4 p.m. and 10:15 p.m.

The app was founded by Bahm and three other partners, who are based in Saskatoon, including her brother Sam, her cousin Robin, and their friend Brett. The idea started in 2017, when Bahm said her fellow co-founders came to her with an idea and asked her to do some design work for it. 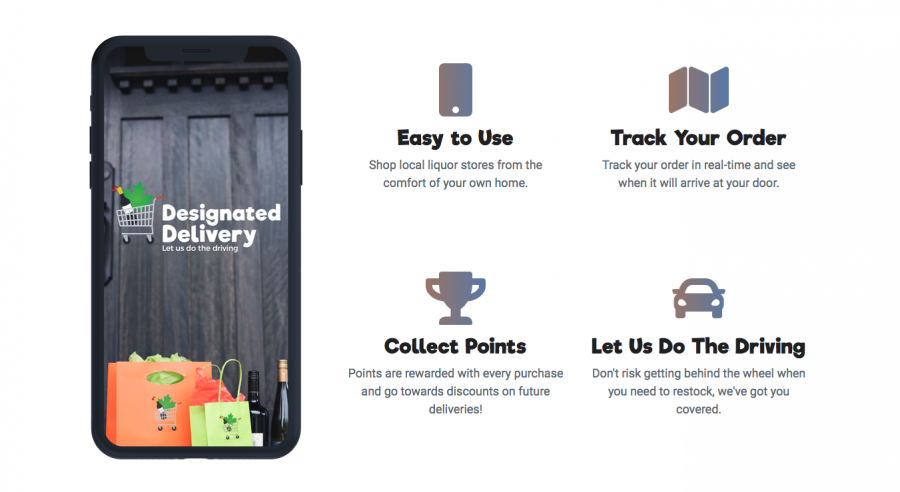 “We’re all kind of entrepreneurs at heart and we’re always looking for the next idea,” said Bahm.

Bahm, who is a web designer, said that this idea was prompted by the news of cannabis legalization. They were planning on launching the app with cannabis, however there were too many regulations to work through, so they decided to launch with alcohol first.

Bahm says that their main goal is to try and curb impaired driving, which has become a huge issue in Canada and in the communities they’re based in.

“I think that with any start-up like this, you kind of have to have some sort of passion in it,” she says. “We really want to do anything that can help reduce impaired driving.”

Bahm adds that they know not everyone is doing it, but there are quite a few people who drive while under the influence because they’re going to the liquor store to restock.

“If we can do anything to help cut down on that, then that’s a success in my mind.”

Right now, the app is available for Apple, and an Android app is coming soon. Click here for more information.

Place your orders between these hours 😊