A trike stolen from a Kelowna man with special needs has been returned after a member of the public saw the thief and asked him to give it back.

Ronald D. Vaselenak said he was “sickened” when his son Keegan’s trike was taken from a protective cage outside his home near downtown at about 4.30 a.m. on Thursday.

It was the second time 24-year-old Keegan, who has CHARGE syndrome, had lost a trike to thieves.

Ronald, who is himself paraplegic, put out an appeal in the hope that the near-$1,000 trike could be found but, with the days passing by, it seemed there was little chance of its return. 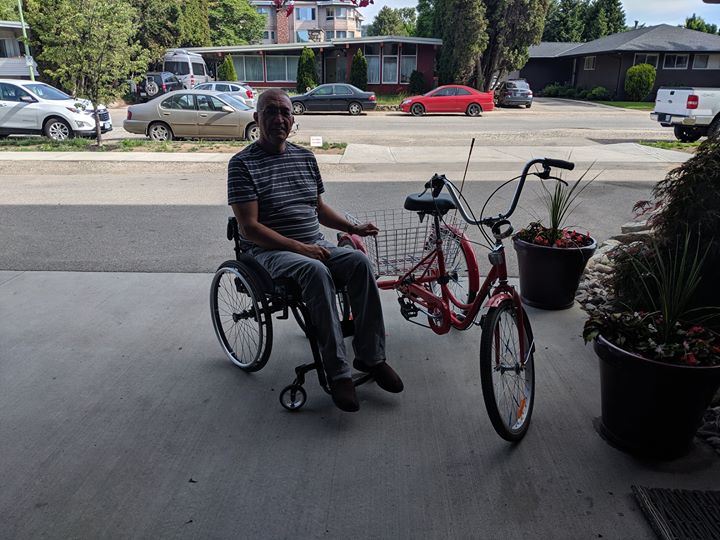 But on Sunday, software developer Landon Bradshaw saw what he thought was Keegan’s trike on Lawrence Avenue – and went out to get it back.

“[The man who had the trike] was wheeling another bike,” Landon, who had got on his own bike to catch up and talk to him, said.

“He was like, ‘Wait a minute. Why are you doing this?’ He wanted to hear more about why I felt I had any claim to the trike.”

Landon, whose wife knows Keegan, then explained to whom the trike belonged.

“Once I told him, he was alright with it,” Landon said, adding that he and the man exchanged names and bumped fists. “It was more about two people just talking and trying to make something right – rather than confronting [him] and making trouble.”

Landon, who has now rescued three bikes in similar situations this year, stressed that it was of special importance in Keegan’s case because “it’s a real mobility issue”.

Ronald, meanwhile, said it was “unreal” to have the trike back – and is excited to tell Keegan.

“We do live in a great community,” Ronald said. “You will still get negative people, of course, but it’s a great place.

“It was great to see that the man who took it was willing to give up the bike. Some criminals still have a heart, I guess.” 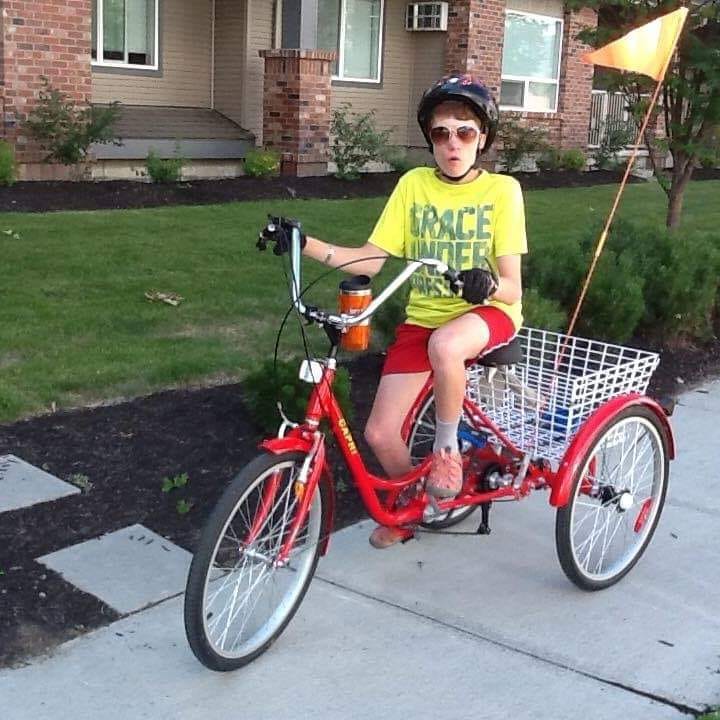 But Landon wasn’t the only person to help – some friends of the Vaselenaks surprised Keegan with a trike they bought in Penticton as a consolation for the theft.

“I’ve already left them a message saying we’ve found it – the Penticton one will go back now,” Ronald said.

Landon, meanwhile, voiced his concern about bike security in the city.

A keen cyclist himself, he urged bike owners to buy secure locks – not wires, but U-locks and other sturdier devices.

“I don’t want to blame the victim, but it’s best to at least not make it easy for someone to take a bike,” he said, also recommending bike protection site Project 529.

He also explained that on the other occasions when he retrieved bikes, civility proved an effective technique.

“Someone said, ‘Why are you fist bumping these scum?’ I say, anger doesn’t work. We have failed with the war on drugs – maybe compassion might be an easier and cheaper way of dealing with things?”