A group of enthusiastic families and childcare workers gathered today at the Parkinson Rec Centre to raise awareness ahead of the federal election.

Armed with signs, balloons and whistles, the group marched all the way to the Kelowna Farmers’ and Crafters’ Market, stopping on the Highway 97 overpass to wave their signs at passing motorists. 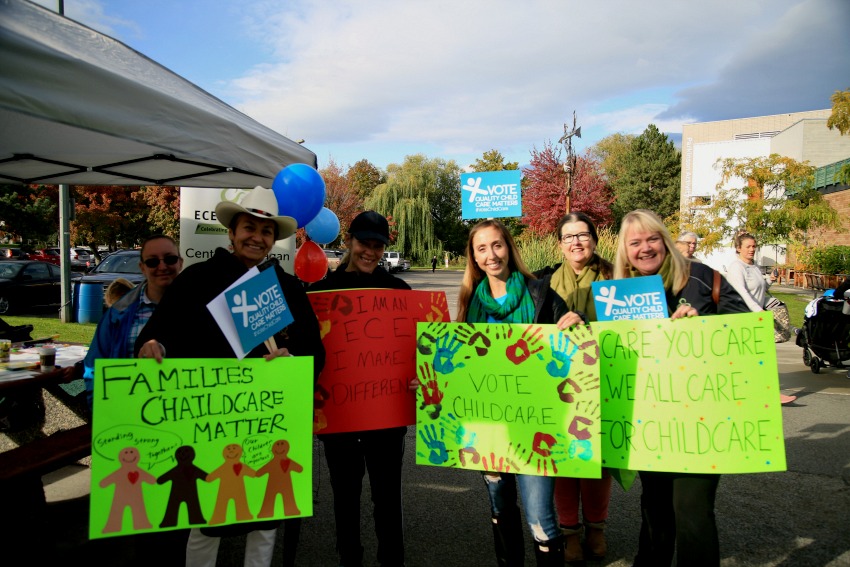 The Stroller Brigade organizers are hoping that their march will make childcare visible as an important election issue. Although child care funding is managed by the provinces, a portion of that funding comes from the federal government. 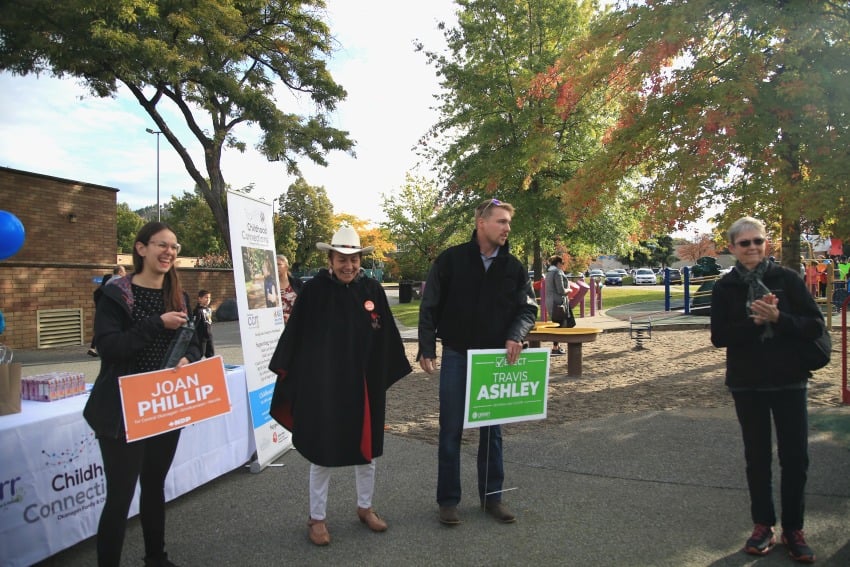 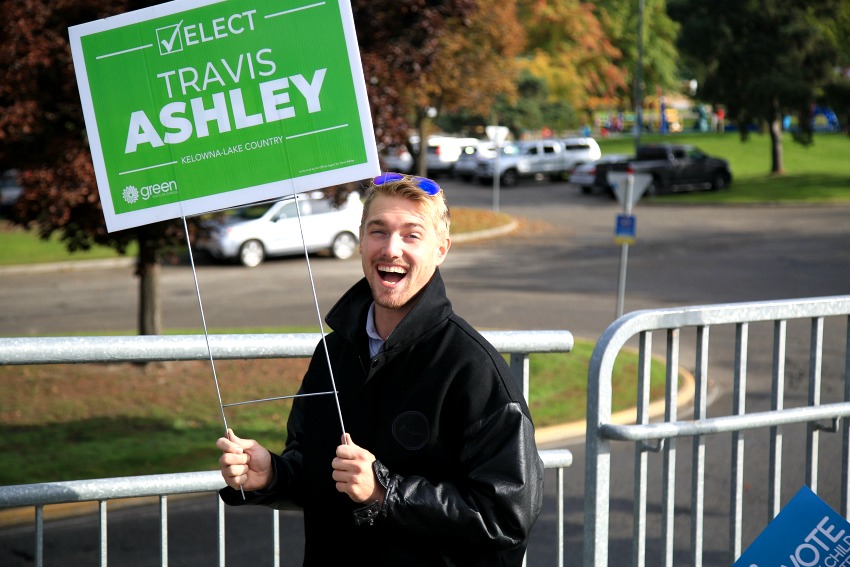 “Together we need to ensure that those elected on October 21 support the $10 a Day Plan by protecting the $50 million BC now receives annually for child care – and committing to grow that amount over time,” said Childhood Connections.

The two candidates that attended spoke about their support for making improvements to childcare in the province. 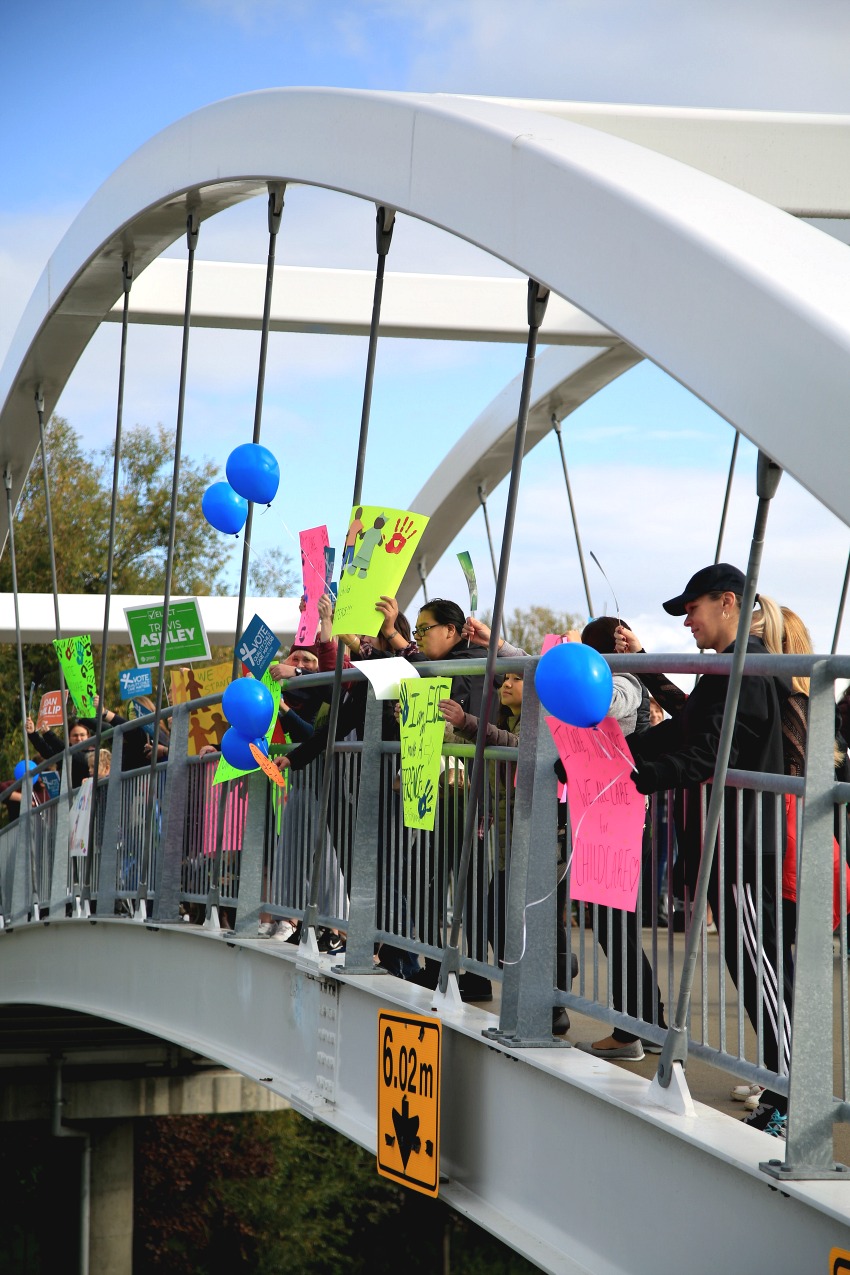 “This is not just about childcare, it’s about empowering families and supporting the economic success of our community by supporting working parents with affordable, quality childcare,” said Melissa Hunt, executive director of Childhood Connections, and organizer of the event.

“Childcare and early years development and education should be an important priority for all the candidates running in this federal election because these are the formative years that will set our children up for success in the future if they have the rights supports now – it’s about being proactive rather than reactive.” 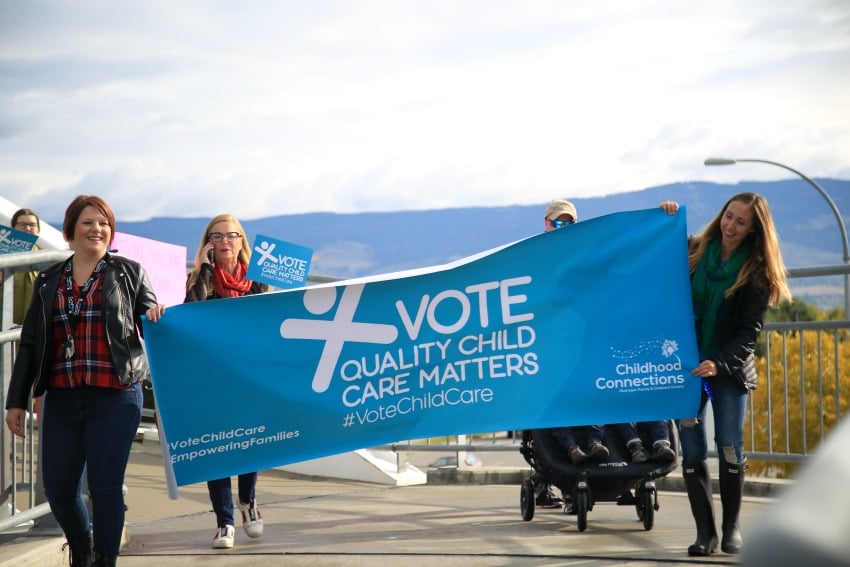 For more information on the $10 a Day plan, click here.