A search warrant executed by the Kelowna Drug Unit has resulted in the arrest of a noted gang member and drug trafficker.

On Wednesday, RCMP executed the search warrant in the 500 Block of Valley Rd, Kelowna, where they seized fentanyl, crack cocaine, heroin, meth, over a 100 various pills as well as numerous stolen credit cards and passports. 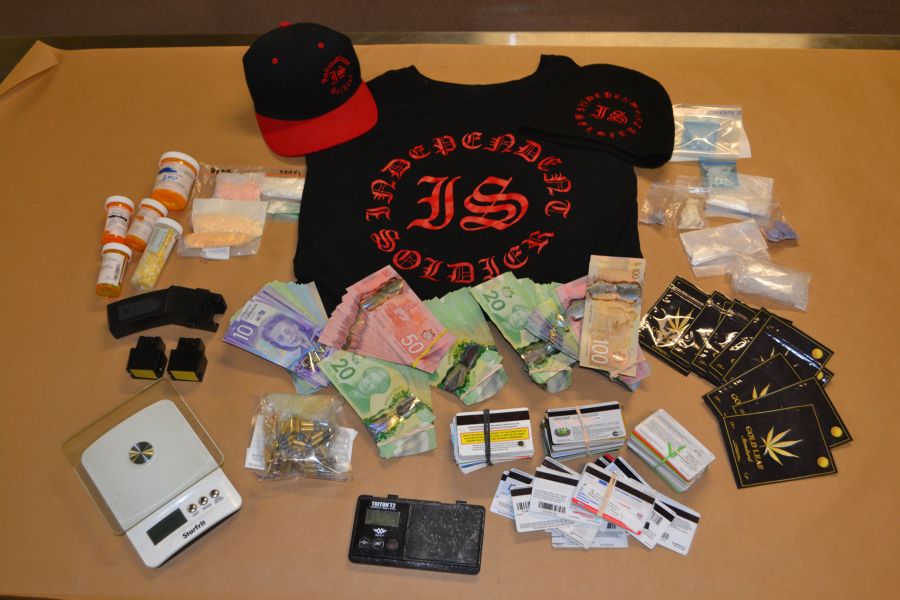 According to police, the seized drugs were being trafficked directly to vulnerable persons associated with a support shelter in Kelowna.

“The result of this investigation and drugs seized by the Kelowna Drug Unit, will have a direct impact on the drug supply to not only the vulnerable persons and others in Downtown Kelowna, but also throughout the Okanagan Valley” stated Cpl Jeff Carroll of the Kelowna RCMP Drug Unit.