RCMP are searching for a pair of suspects after a foiled early morning attempt to steal a Bitcoin ATM from a business in Kelowna.

Around 3 am on Tuesday, Oct. 7, police received a report of a commercial break and enter at L&D Meats and Deli and Mike's Produce in the Guisachan Village mall.

According to police, a white GMC Sierra pick-up truck was used to ram into the exterior of the two businesses in an attempt to steal the Bitcoin machine located inside Mike's Produce. 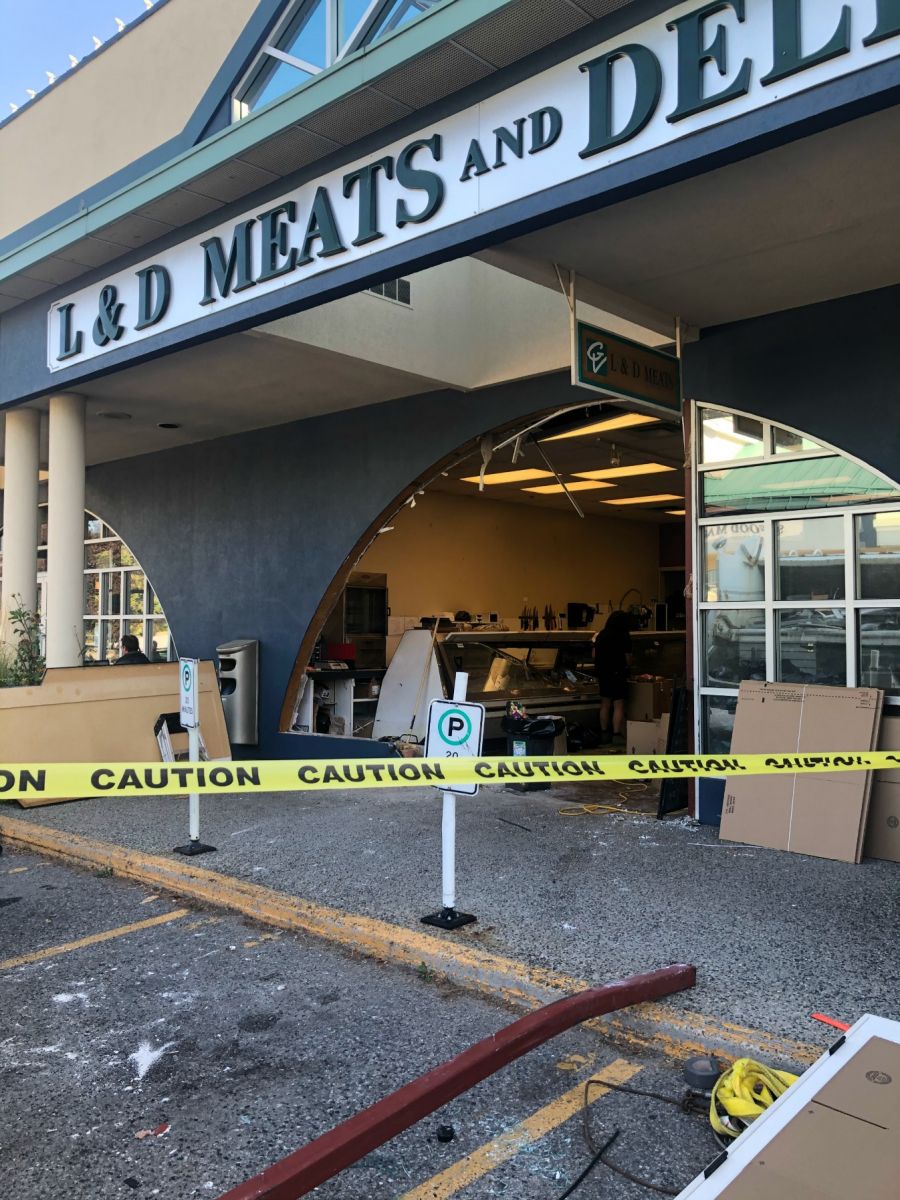 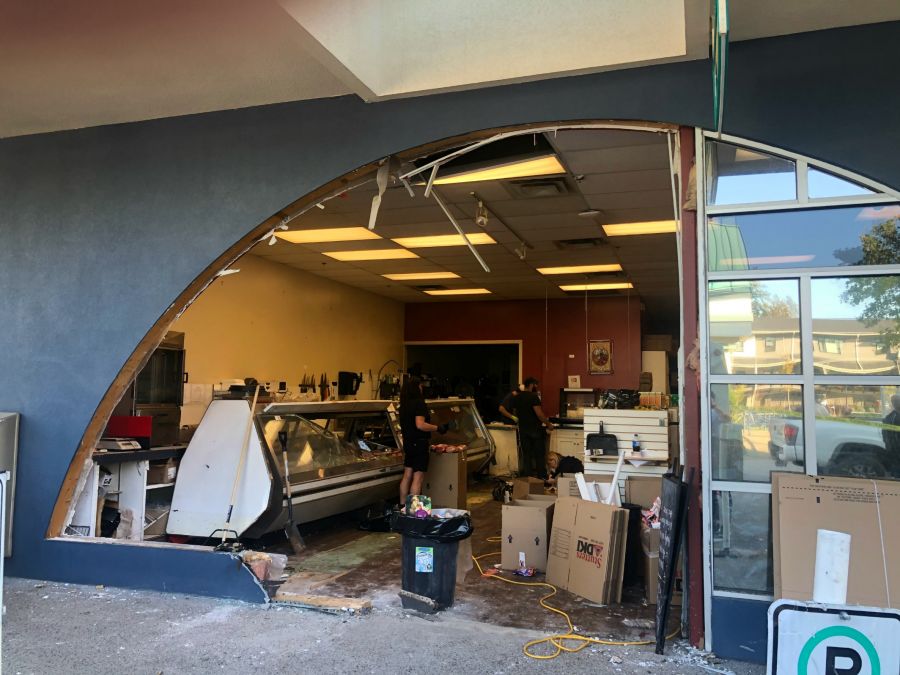 “A preliminary assessment conducted by staff on site, suggests that despite the thousands of dollars in damage caused, nothing appears to be taken from inside the business as the suspects were unsuccessful in taking the Bitcoin ATM,” said Cst. Solana Paré, spokesperson for the Kelowna RCMP.

Business owner Don Favell estimates nearly $50,000 in damage was done to his store in the attempted break in.

"To be honest, I think they mixed up the two businesses because they were going for the BitCoin machine next door," said Favell to KelownaNow.

"They even left the chains they had ready to wrap around it and pull it out." 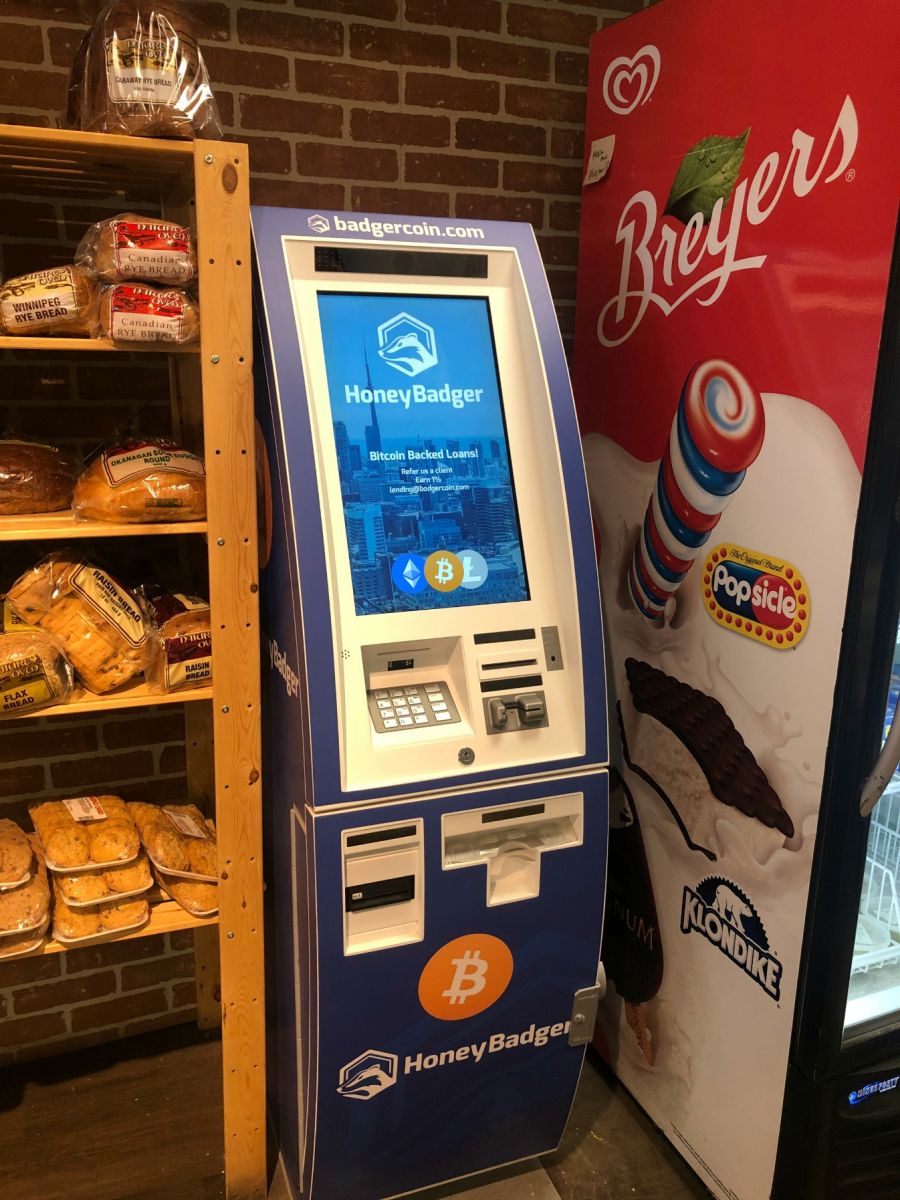 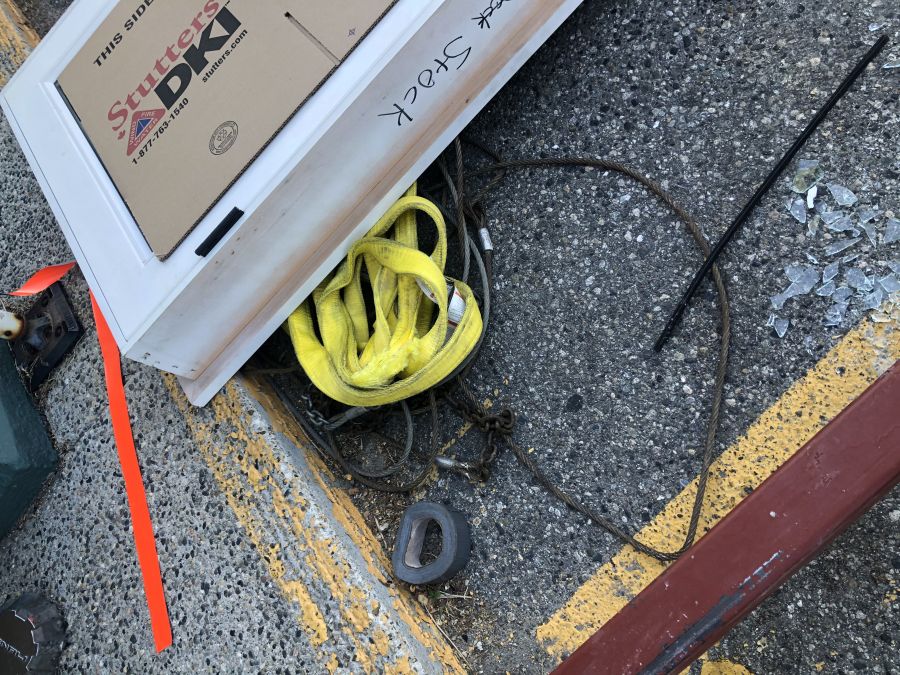 An employee at Mike’s Produce also believes the BitCoin machine was the target, but said it’s the first time they’ve seen an attempt to steal it.

However, crime appears to be on the rise in the area.

Three stores down, the owners of flower shop Creations By Mom & Me say thieves have broken into their store three times this month to raid the cash register. 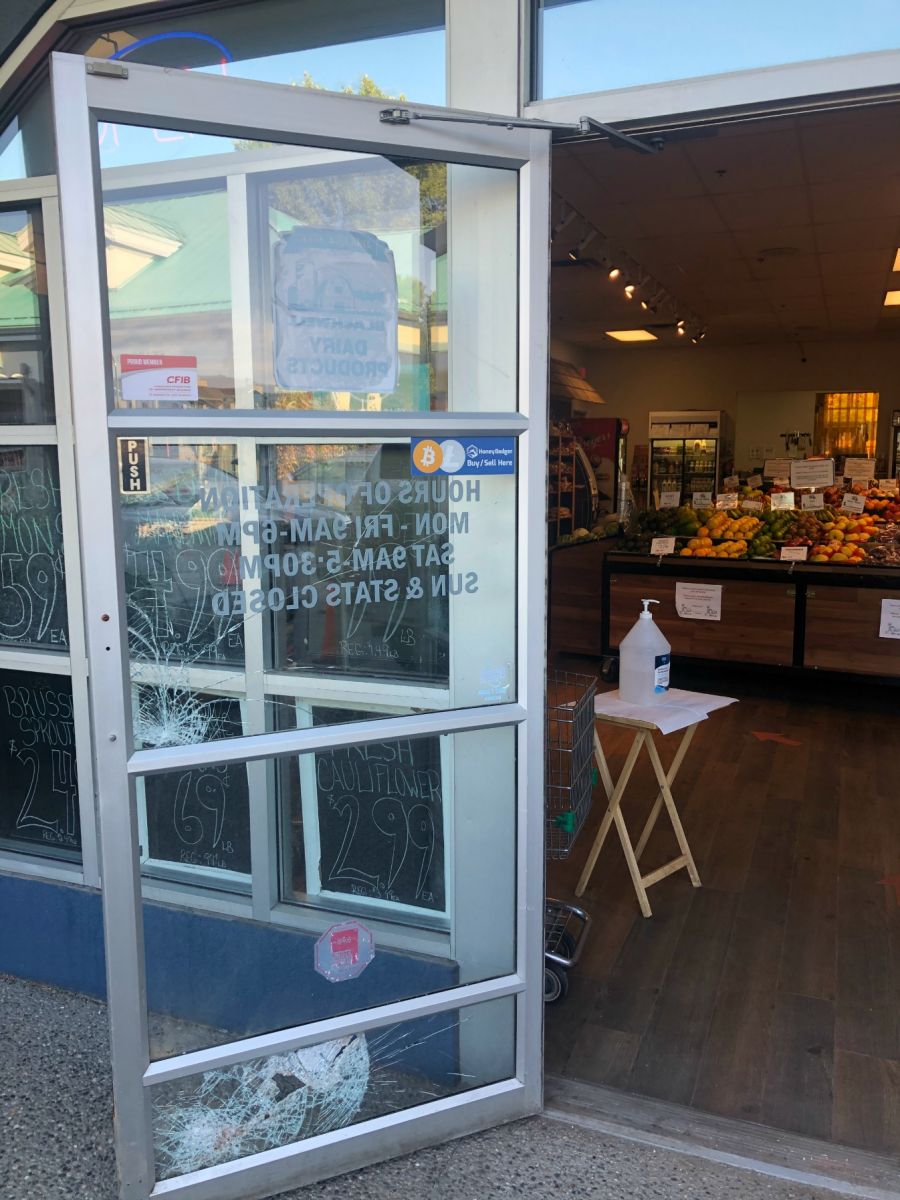 Despite all the damage, Mike’s Produce was open for business on Wednesday afternoon, while L&D Meats and Deli promise that everyone’s turkeys will be ready for Thanksgiving this weekend.

Kelowna RCMP is asking anyone with information about the suspect to contact police at 250-762-3300.

Mon
2℃
Make Homepage Advertise with Us

Coquihalla reopening to all forms of traffic on Wednesday

BC extends most COVID-19 restrictions into February, but gyms can reopen Thursday

Documents give glimpse of Finance Department's outlook, warnings on inflation