For the local Royal Canadian Legion to identify 237 soldiers who gave their lives in war is one thing.

But to plant crosses bearing their names in row upon row, is something else entirely.

Addressing a small gathering of family members and dignitaries, Michael Loewen spoke on behalf of the Legion which partners with the local Rotary Club on the Field of Crosses effort.

"It gives a special sense of significance to those local people who made the ultimate sacrifice," Loewen said. 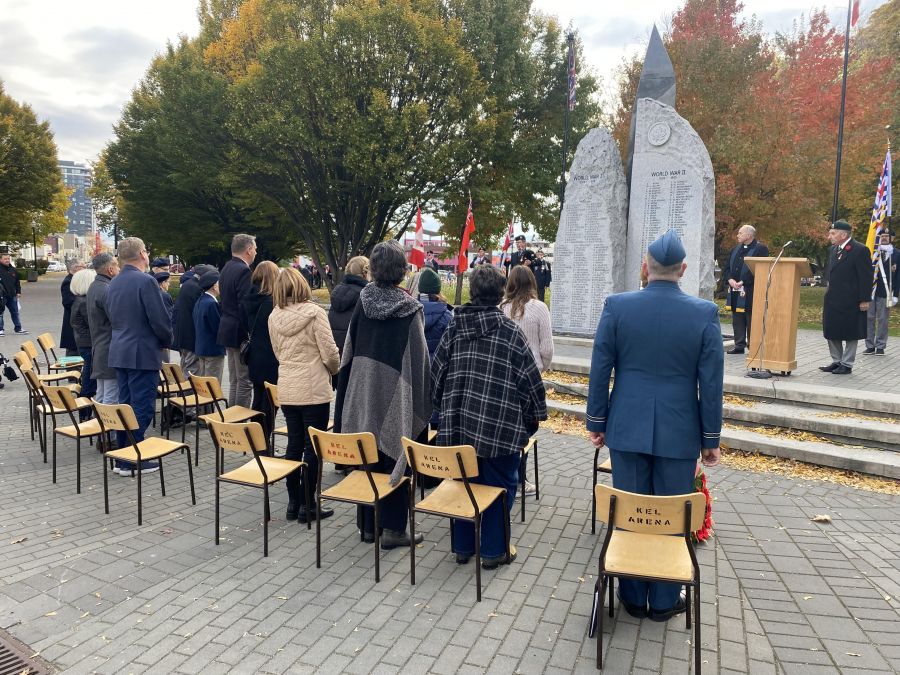 The ceremony included a colour guard, with a sole bagpiper, and a bugler for the last post to set the tone.

Each cross is marked with the name, age and year of death of the individual. 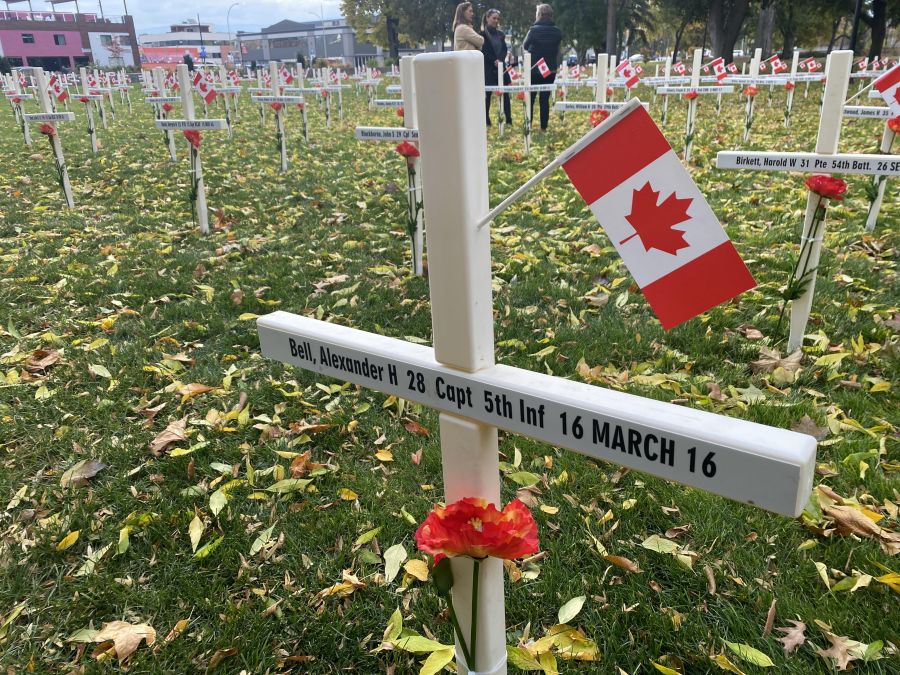 "If you look at the ages of the people on those crosses, they're the same ages as our high school students and first-year university," said Darlene McCaffery, President of the Kelowna Legion.

"We have the schools coming in and visiting these crosses and they can relate to the age of some of these people, I mean they're 17 years old."

Gordy Charles from the local Rotary Club helps talk the students through what they're seeing.

He admits, asking a young person to "remember" these fallen soldiers doesn't have a lot of meaning for them.

"What we're really trying to do is get them to reflect and think about what it is," he explained, "in terms of the sacrifice that so many young people made." 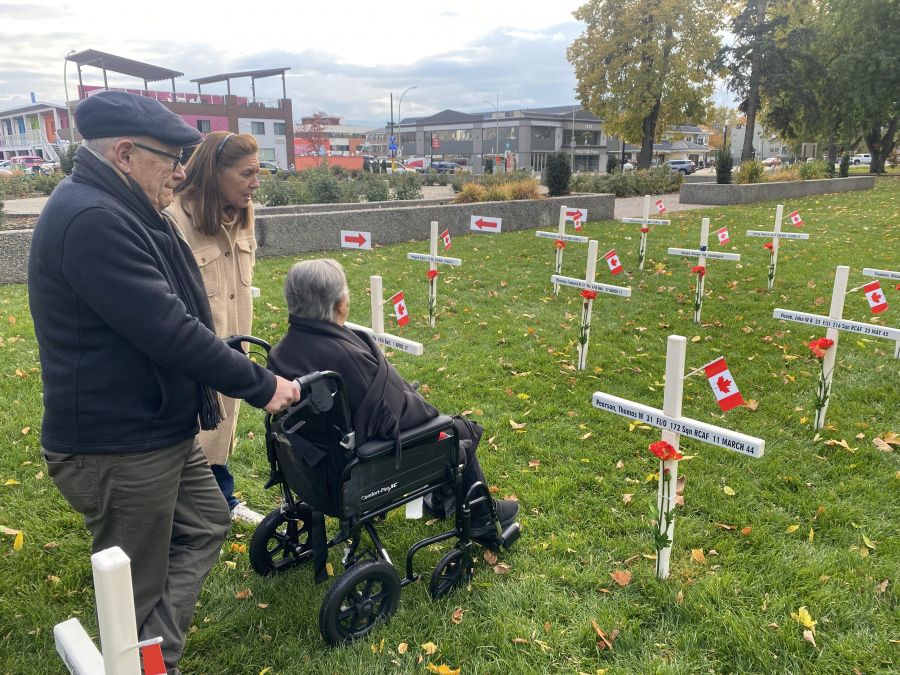 For some family members, it is a place for true remembrance. 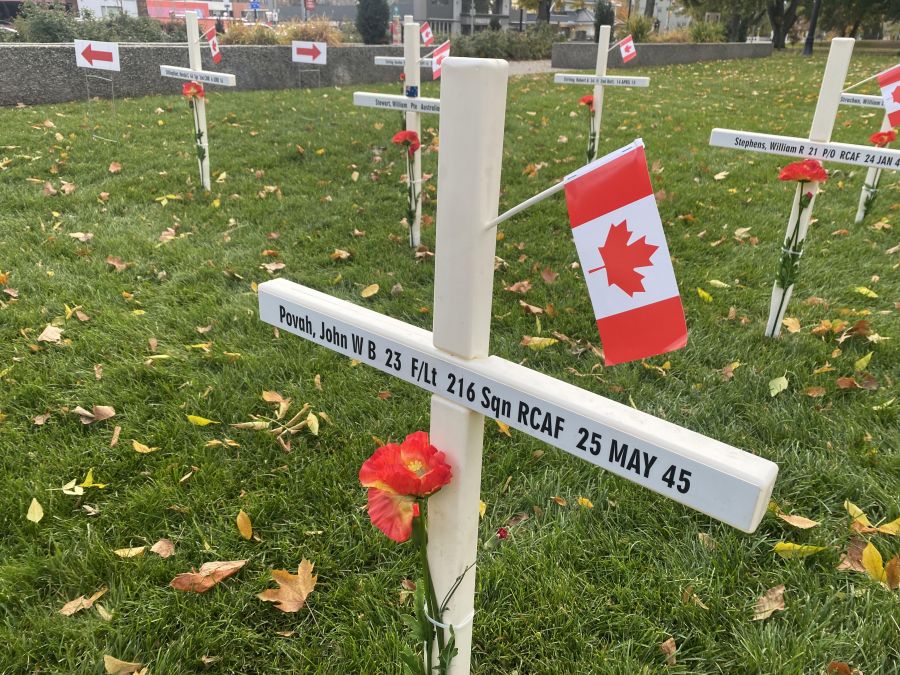 "Well he's my uncle said Bruce Povah," who arrived with the sister of the fallen soldier.

For them, the memorial is surely sad, but it's also nice for them.

"I think it's wonderful. It's very special," said Mary Povah.

The Field of Crosses will remain in place until Nov. 12.