VIDEO: UBCO engineering professor wants to steer his 'Tram-Train' into a spot on council

During his campaign in the 2018 municipal election, UBCO engineering professor Gord Lovegrove made a splash with his vision of light rapid transit for the region.

Now he's back at it with a new and improved transit vision.

"One of the big issues is the parking lot of highway 97 is getting worse, not better," said Lovegrove who said the issue always comes up when he talks to residents. "They want traffic dealt with," he added.

He narrowly missed getting elected in 2018. "First loser," is how he puts it.

But he hasn't given up on his transit push for transit on rails.

"We looked around the world. We just got back from Germany a couple of months ago and we've got something called a Tram-Train."

He describes it as a safer, greener, cleaner zero transmission system, that's not as expensive as you might think.

"For the cost of that second crossing we can actually run a rail all the way from Osoyoos to Kamloops," said Lovegrove, "and get 30 to 50 percent of the people a choice to get out of their cars." 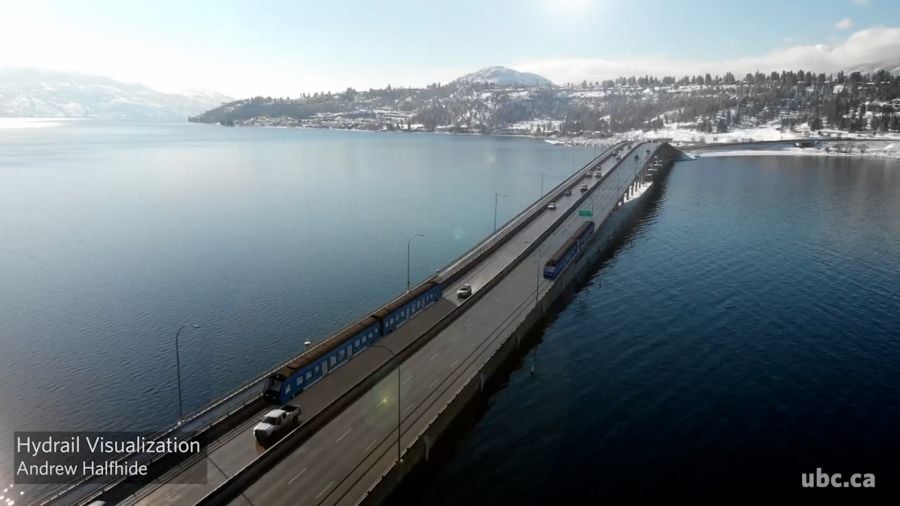 On the issue of homelessness, he's also been doing some homework.

He joined the board of Kelowna's Gospel Mission two years ago.

He is interested in urging bc housing to consider some kind of a return to institutionalized care.

"Some sort of a re-created, more compassionate Riverview model," Lovegrove said, "to institutionalize those that are suffering from mental illness."

He envisions something in a rural farming area.

"While it might seem a step back, we've also moved forward on the science and the compassion of how we help," he said.