With no official event at Kelowna's City Park for Remembrance Day, an unofficial ceremony took place that led to chaos.

Hundreds of people were in attendance for the event, including a number of veterans.

Following a rendition of "The Last Post" on a bugle and a reading of "In Flanders Fields," anti-vaccine activists took over the proceedings. 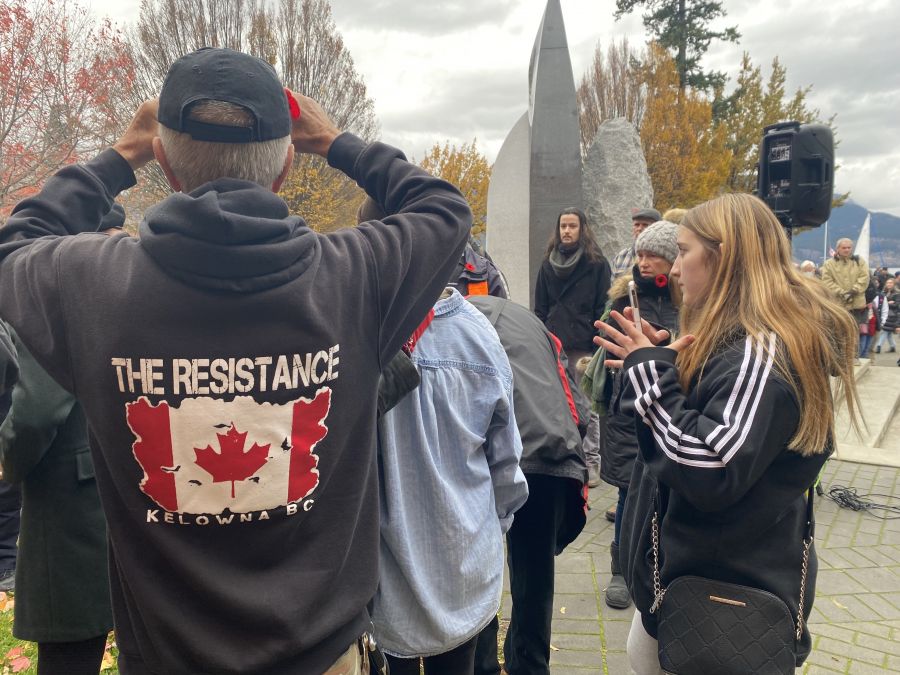 This brought about boos from the crowd.

People began to shout down a woman who brought out her own microphone to speak on COVID-19.

Then a struggle began as people attempted to unplug her microphone.

**Correction: They brought their own microphone.**

Among those who stepped in to interrupt the anti-vaccine speech was Legionnaire Ken Hoegson.

"Every one of us that came here were violated today," said Hoegson. 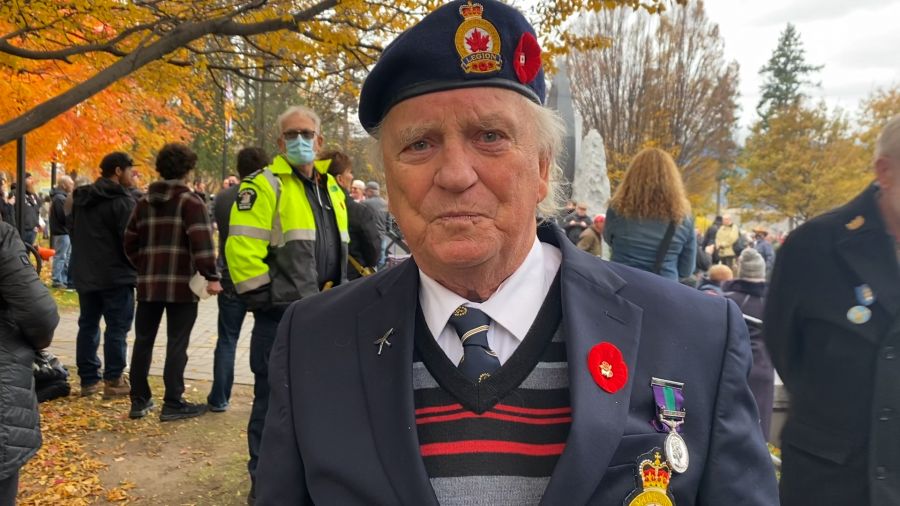 "We're here to remember the people that gave them that freedom that they're using, but they're abusing it," he said.

Many residents were outraged, noting it was "not the place" for this demonstration.

"I did find it very hurtful. That's why I felt I had to go up there and speak to them." 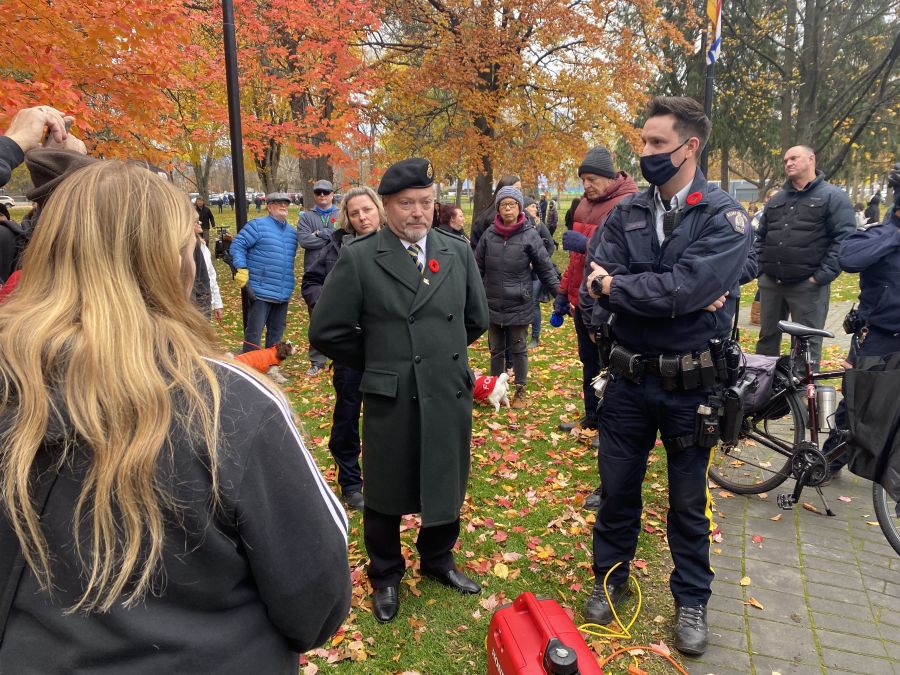 The RCMP stepped in to restore order.

“Kelowna RCMP officers support a person or group's right to protest, but when they choose to willfully interrupt the assembly of citizens at a Remembrance Day ceremony, this is a step too far. The Kelowna RCMP will be fully investigating this event to determine what offence, criminal or otherwise may have been committed and if appropriate the submission of charges or fines,” said Insp. Adam MacIntosh Operations Officer with the Kelowna RCMP.

Anyone who captured the disruption on video is asked to send a copy of the video the Kelowna RCMP; they are currently in the process of creating an email proxy for this purpose and more information will soon be made available.