Obviously, this $10M penthouse is spectacular

Apparently you can put a price on seemingly priceless, extravagant and indulgent, high-elevation luxury.

It's the highest-priced condominium ever listed for sale in the Okanagan, befitting its premier address in Kelowna's tallest building. 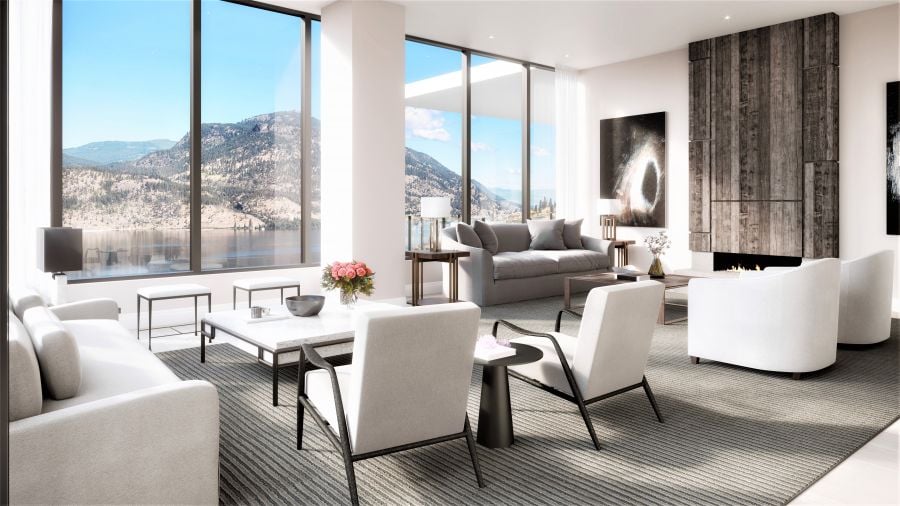 At $10 million, the penthouse's asking price is three times as much as the previous record-breaker condo and is just shy of Kelowna's most expensive single-family home, a lakefront mansion assessed at $10.7 million.

The penthouse's chart-busting status is proof the luxury real estate and high-end recreational property market in Kelowna has expanded from waterfront and view single-family estates to include condominiums, according to Sotheby's Canada CEO Don Kottick. 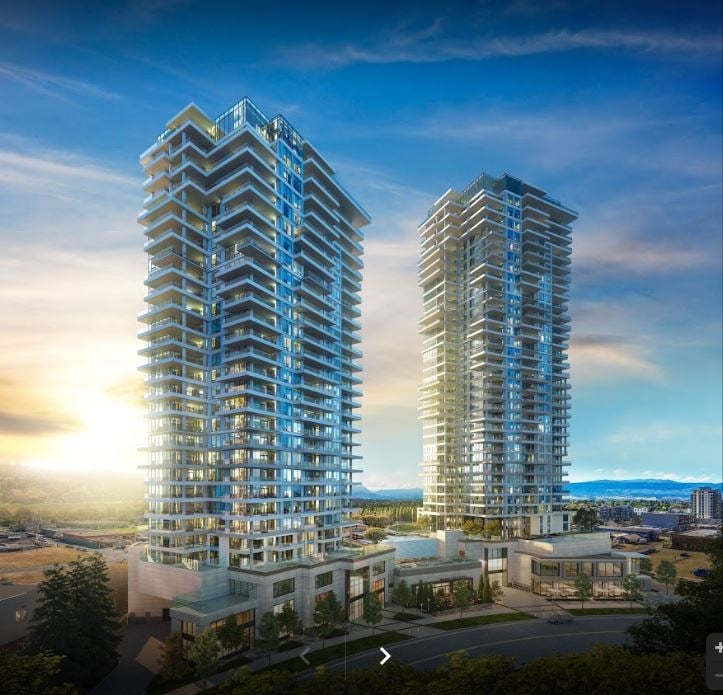 The purchaser of this exclusivity will undoubtedly have to be filthy rich.

"We brought Sotheby's on board because this is a unique property at a high price point that will need broader, international exposure," said Henry Berezniki, managing partner of North American Development Group Group, which is building One Water Street with Kerkhoff Construction.

"After all, the buyer might be from Asia or Europe or even BC. They might make it their permanent, full-time home, or they might use it as a vacation home because they have three other homes like this around the world." 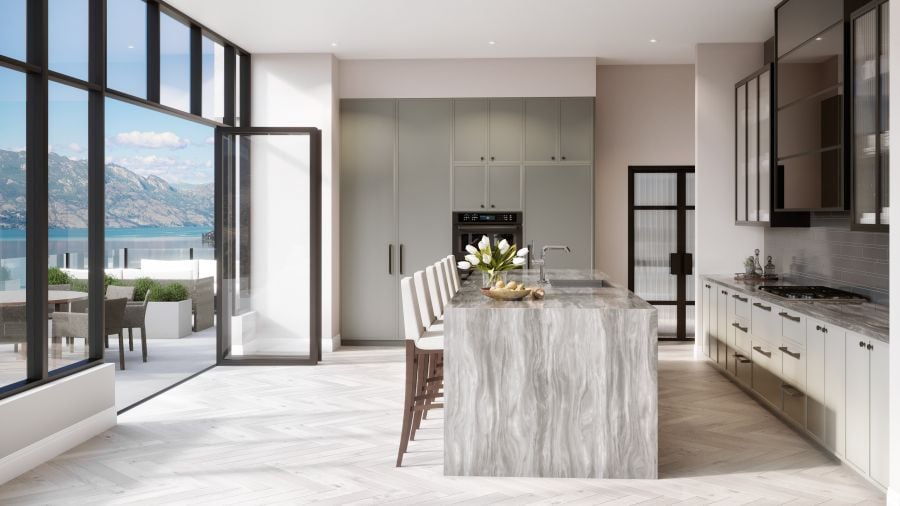 The finishing touches are still being put on One Water Street and the penthouse for mid-May move ins.

So the high-net-worth buyer will have the chance to customize the interior space with a final floor plan and number of bedrooms and bathrooms.

So far the interior design in the penthouse, which covers the entire 36th floor, has been done by Toronto-based celebrity designer Brian Gluckstein.

He's the guy who has finished many a luxury home, has a line of home furnishings, accessories and paint sold at stores nationwide, including Hudson's Bay, and appears regularly on Cityline morning TV.

What is for sure is the penthouse will have a separate and spacious master wing, massive living room, gourmet kitchen, swaths of windows to take in the views and sumptuous bathrooms with soaker tubs to also take in the views.

The penthouse has an additional and generous 2,600 square feet of wrap-around outdoor living space in the sky with 360-degree water, mountain and cityscape views. 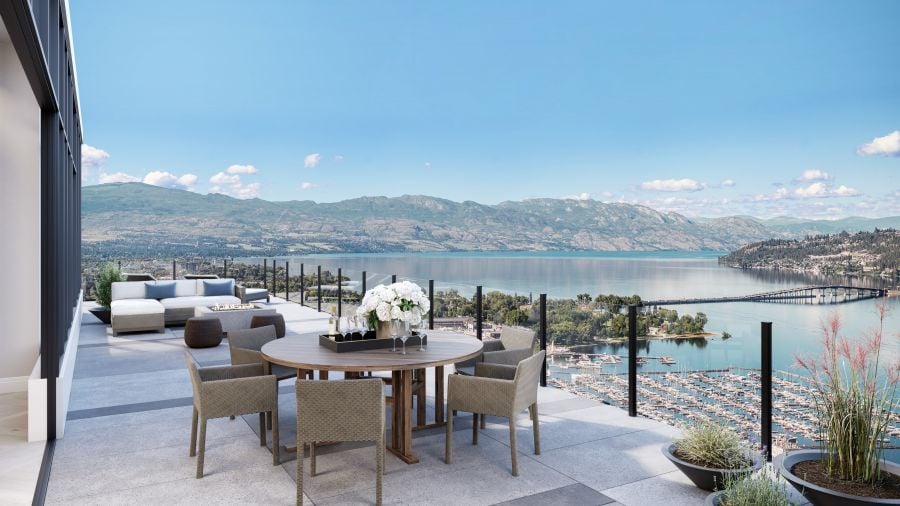 Kerkhoff Construction and North American Development Group are building the two skyscrapers of One Water Street, the 36-storey east tower and the 29-floor west tower.

They will be Kelowna's tallest buildings, eclipsing the 26-storey Skye condo tower nearby on Sunset Drive.

In total, there are 427 condos at One Water Street priced $300,000 to $1 million for the typical ones and up to $3 million for the nine sub-penthouses on the top three floors of each tower. 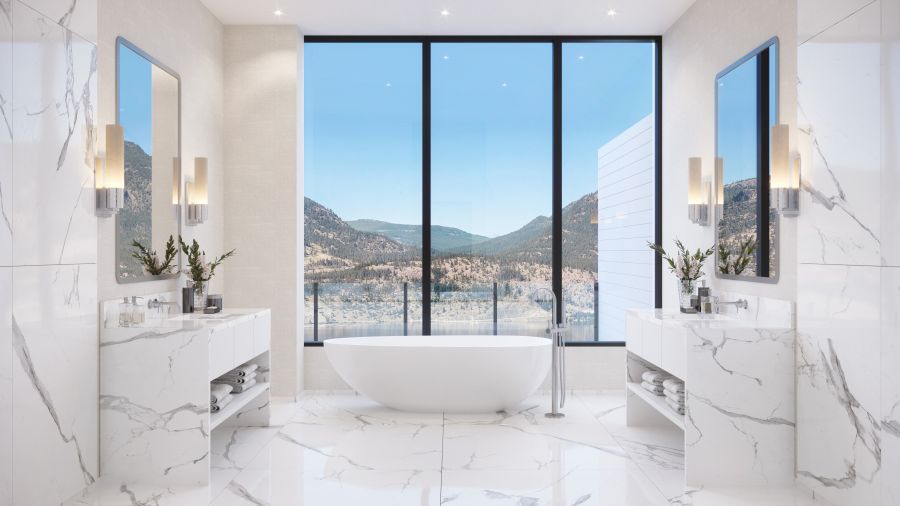 Kerkhoff is also in the race to have Kelowna's new tallest building with a proposal to build a 41-storey condo skyscraper at the southeast corner of Doyle Avenue and St. Paul Street.

However, the proposals of Water Street by the Park's 42-storey condo or a 46-storey skyscraper on Bertram Street just off Bernard Avenue could rise first. 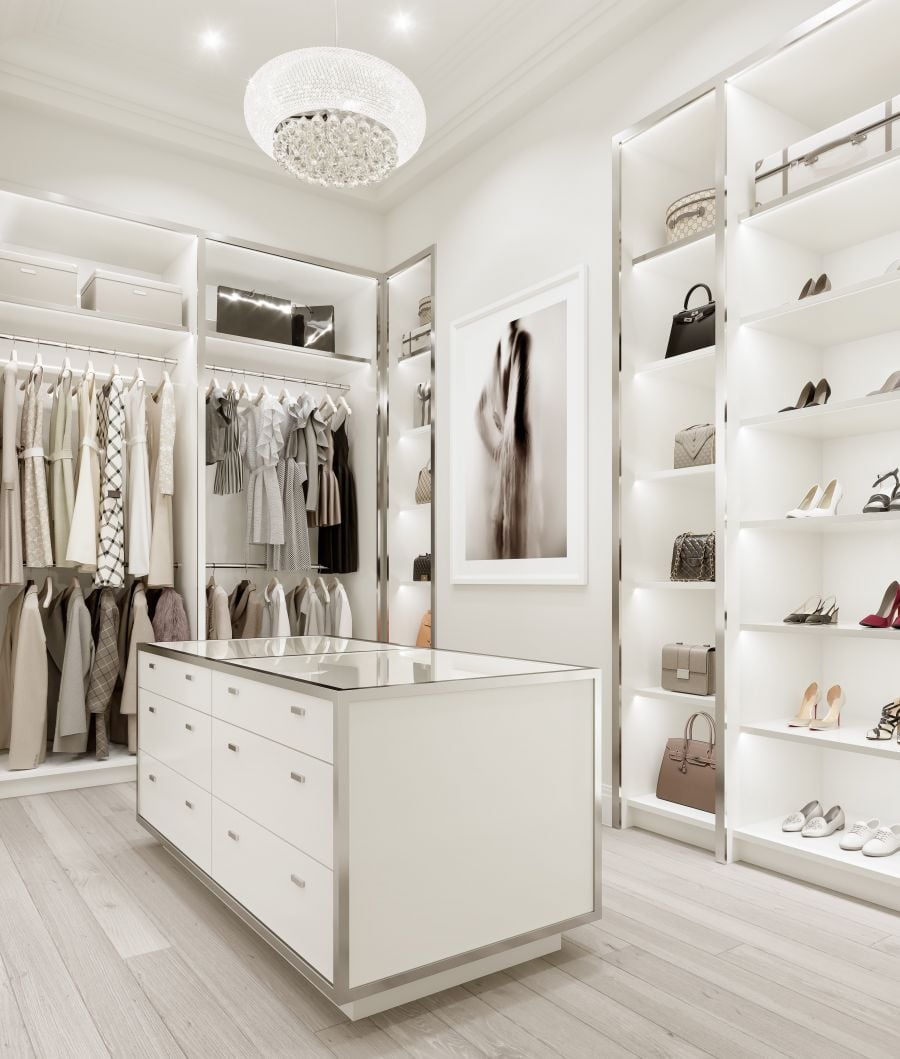