In late July, the Kelowna Sun Devils U11 baseball team made the trek to the Island to take part in the 2022 BC Minor Baseball AAA Tier 1 Provincial Championships. 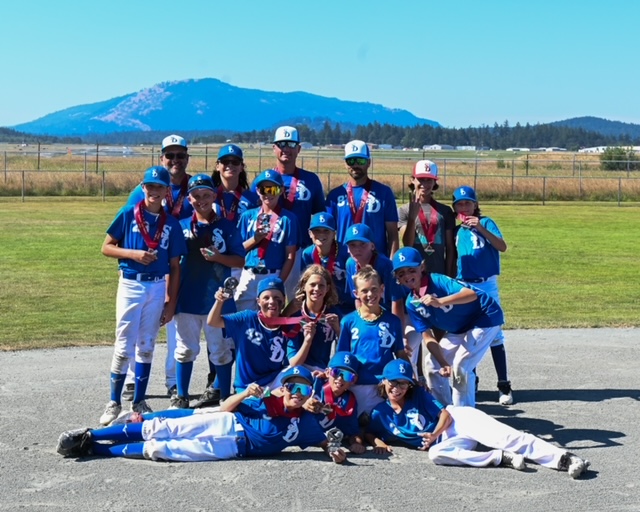 The last time the U11 team won a provincial medal was way back in 2007 (when they were a part of Tier 2), so the squad was looking for some history.

Kelowna finished second in pool play, with a 3-1 record. They led the 10 team tournament in runs scored with 76.

In the semifinals, Kelowna was defeated 9-6 in a tightly contested match against White Rock.

However, they bounced back in a big way in the bronze medal game to beat Abbotsford 16-4.

The bronze represented the first ever medal at the Tier 1 provincials for the U11 squad.

On Wednesday this week, the team was present at their home ballpark, Edith Gay Park, to unveil a banner that will immortalize the 13 players and three coaches. 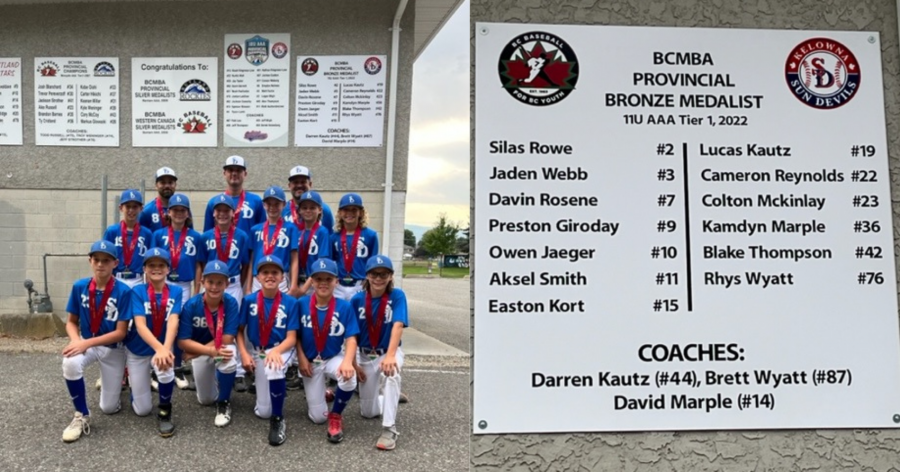 For more information on the Sun Devils, please click here.