On Friday, April 8, eight language warriors and their two teachers will be graduating from a year-long language fluency program hosted by the Syilx Language House (SLH).

In addition to the graduation ceremony, on April 7 students will share their graduating storytelling presentations on Zoom. The presentations are open to the public and more information will be available on the Syilx Language House's Facebook page.

The SLH opened its doors in 2015 to create space for students to learn the N̓syilxčn̓ language, the language spoken by the people of the Syilx Okanagan Nation.

“Learning N̓syilxčn̓ is our act of reconciliation and resistance,” reads the SLH website.

The SLH, which is a non-profit charitable society, run intensive fluency programs. The graduating class has finished 550 hours of study – about the same amount of time as one year of an accredited bachelor's program.

The program follows the Salish curriculum created by the Salish School of Spokane, a system being used by about a dozen other language programs.

“It’s amazing. We found that we are able to get people just as fluent in one year as we used to be able to in four years,” says Sʔím̓laʔxʷ Michele Johnson, executive director of SLH.

Johnson is also a lead teacher and language advocate. She spearheaded the Syilx Language House model during her PhD and postdoctoral research in Indigenous language revitalization.

The N̓syilxčn̓ language is critically endangered with less than 20 fluent speakers, all who are Elders in their 70s.

Johnson, a member of the Okanagan Indian Band, explains that the threats to the N̓syilxčn̓ language began with devastating effects of residential schools which often forbid children from speaking their languages.

However, after generations of erosion to language and culture, Johnson says that, thanks to these types of programs, there are about 20 new speakers in Canada and about 30 in the US.

Syilx members in the US are represented by the Colville Confederated Tribes in Washington State which has 12 tribes.

In Canada, the Syilx territory stretches from north of Revelstoke, east towards Kootenay Lake, south into Washington and west into the Nicola Valley. 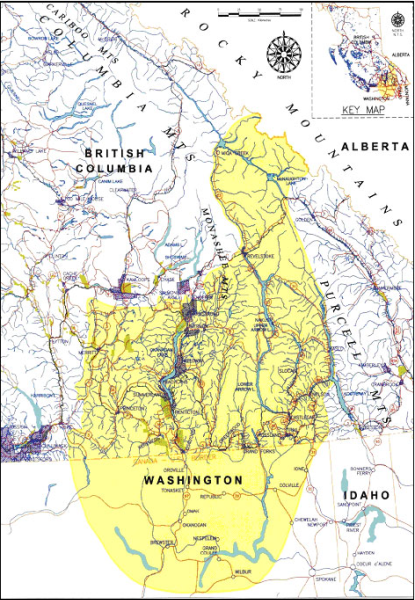 “What I hear most is that it fills a space in us that we didn’t even know we were missing,” explains Johnson when speaking about the importance of students reconnecting with their language.

"Or that it fills a spiritual space, that we knew we were missing but we didn’t know how we were ever going to reconnect with."

She adds that these types of programs also connect students to a part of themselves that’s not afraid of hard work.

Johnson points to the devastating impacts that Canada’s residential schools had on, not only language and culture, but on attitudes towards education. She reveals that when young people are reconnected with their sense of self as well as their traditional languages, it can be very empowering.

“It’s changed my life. It’s made me more aware of who I am, and how I fit into this world. It’s good medicine,” says student sqʷaytal̓qs Angie Pinchbeck in a press release.

“It means so much to me to be able to speak my language. Even though this program is uncredited, it’s been one of the most meaningful and well-spent years of my life. I can tell a story, I can speak to my grandparents.”

Johnson notes that, despite barriers, all people have an inherent right to reclaim their languages. She says it is just a matter of getting started and connecting with others who share the desire to learn. 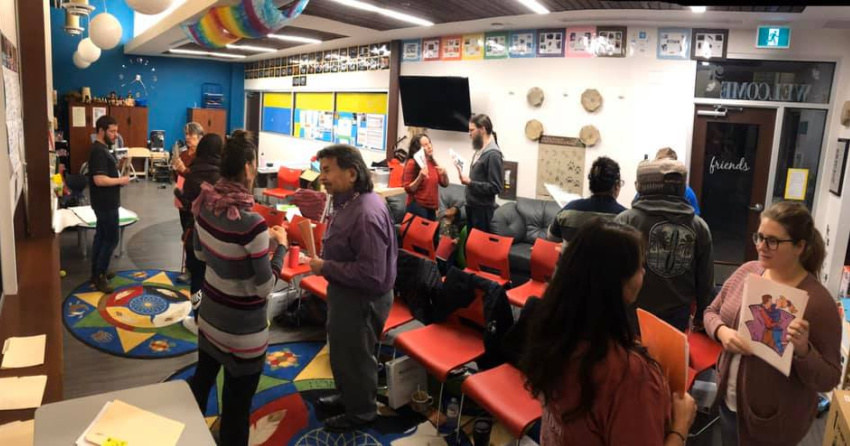 “(Lateral violence) is everywhere and it's even attached to our language programs,” Johnson states.

The Native Women's Association of Canada says that lateral violence is a cycle of abuse and the result of colonization, oppression and intergenerational trauma.

It can take shape in sarcasm, belittling others, gossiping and making hurtful jokes or snide comments.

“So, we found that in order to have a successful program, we just didn’t want to let that lateral violence into the room with us. Which turned out to be super effective and I’m glad we did it,” explains Johnson.

Johnson calls this cohort of graduates historic and expresses her gratitude to their hard work and dedication to the one year program.

“They’ve been through a transformational journey that’s on a mental, physical, emotional and spiritual level. I just want to hold my hands up in the air to each of them. And I’d like to hold my hands up to our Elders who have supported us through this journey.”

To learn more about how the Syilx Nation is working to revitalize and celebrate their language, visit the Syilx Language House website.