When you sign up for a fundraising run that's held in late November, you take your chances. 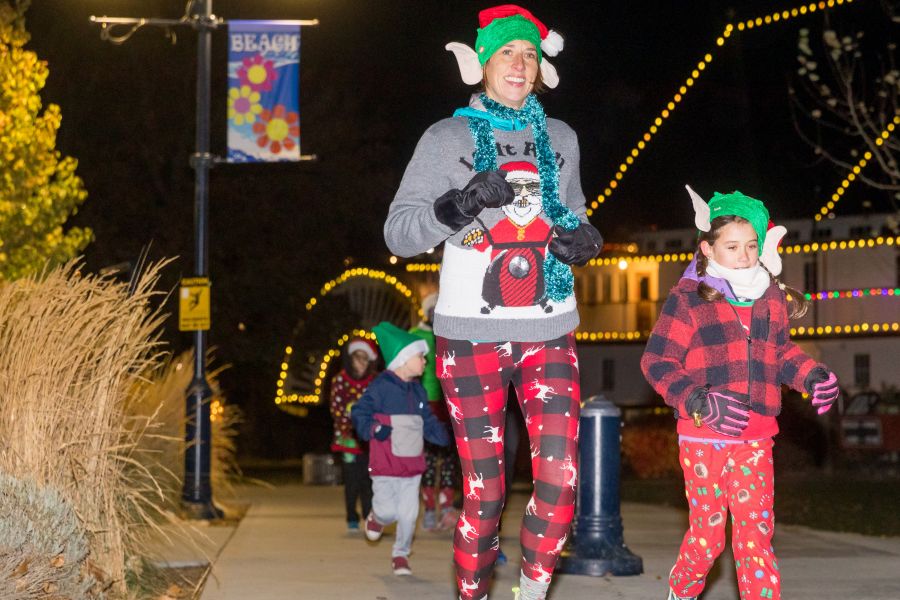 But for the hearty folks who showed up late Saturday afternoon at the LocoLanding parking lot for the 12th annual Santa Rec Run, that seems to be a big part of the charm. Apparently, they enjoy jogging along the Okanagan Lake waterfront in conditions that would drive most normal people indoors. 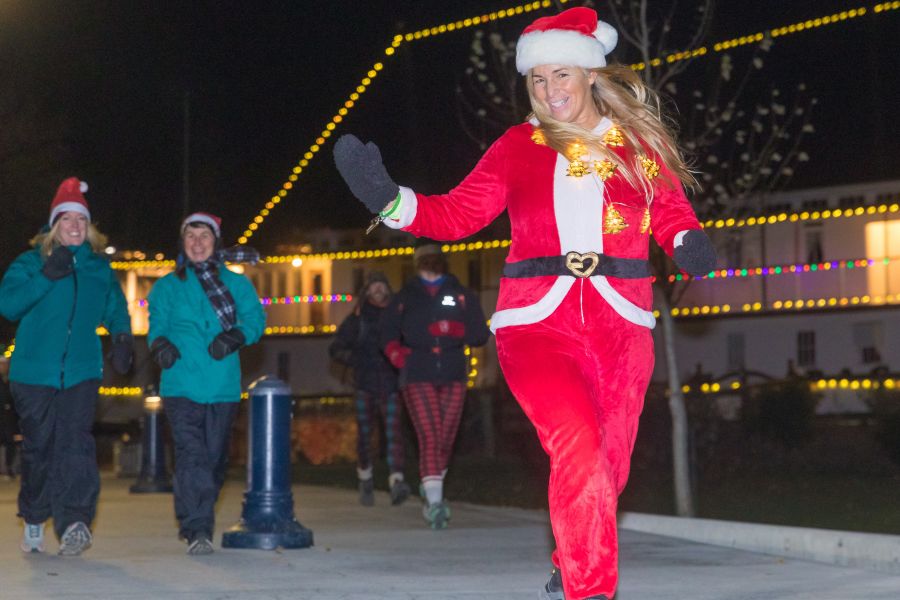 And Saturday didn’t disappoint. Hovering somewhere near 0°C, the prevailing temperature was tough all by itself. But the wind -- screaming in off the lake at speeds that forced you to shout instead of talk -- was straight-up hideous.

For Steffi Fuchs, who drove with her best running buddy from Oroville, Washington specifically for the event, it was another in a long string of visits to the Canadian Okanagan for athletic endeavours. 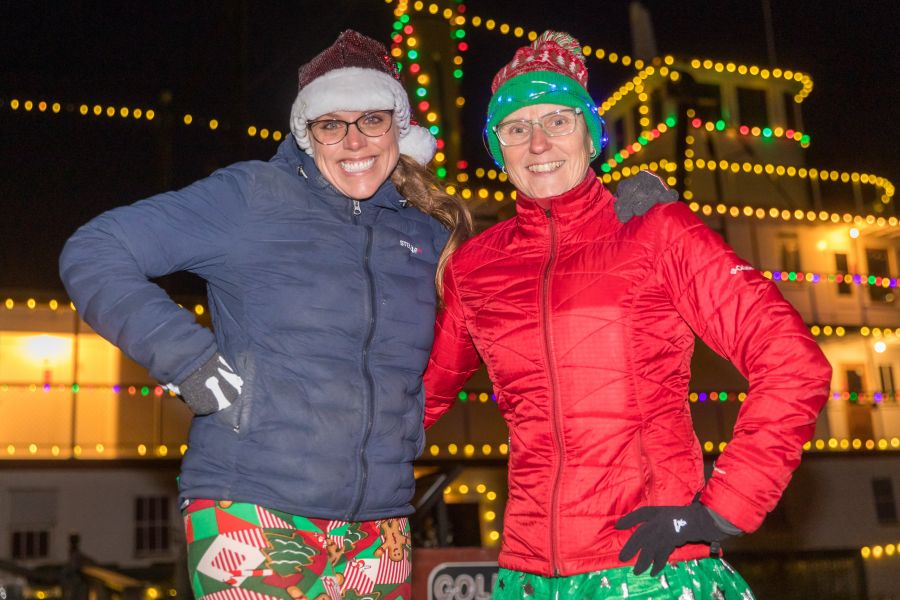 "We've done races in Penticton many times before," she said. "We did the triathlon and the (Penticton) Tunnel Run. And we did the Beer Run just a few weeks ago."

Fuchs' jogging partner, whose name we sadly lost in the wind, admitted the weather was "horrible," but added they're happy the border's open again so they can "come here and race." 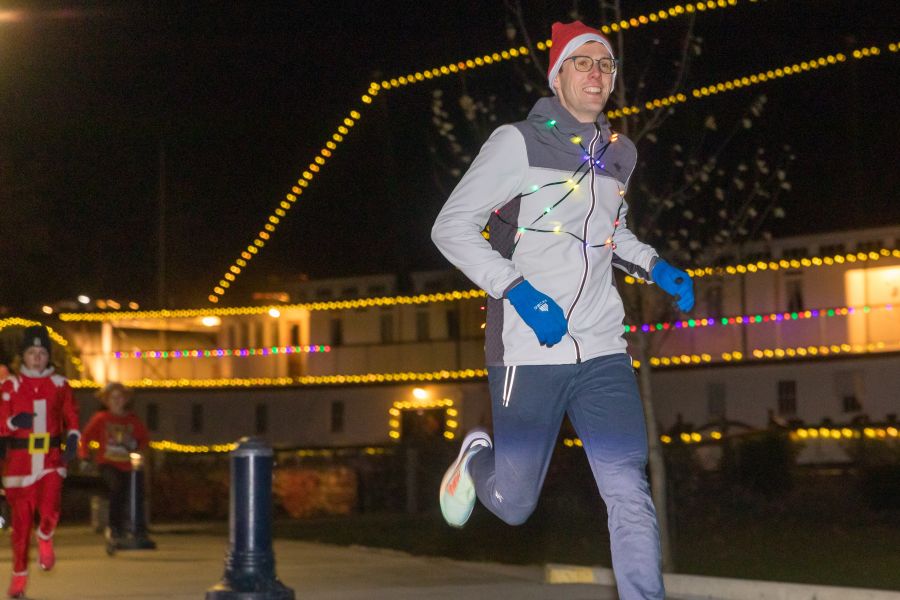 Kyla Murray and Yvonne Kohler, one a kindergarten teacher and the other an education assistant at Queen's Park Elementary, said it was a dinner out last year at this exact time that prompted them to get involved in 2022.

"We were going for dinner at the Hooded Merganser last year and everyone ran past us," laughed Murray. "And we said we're doing it next year." 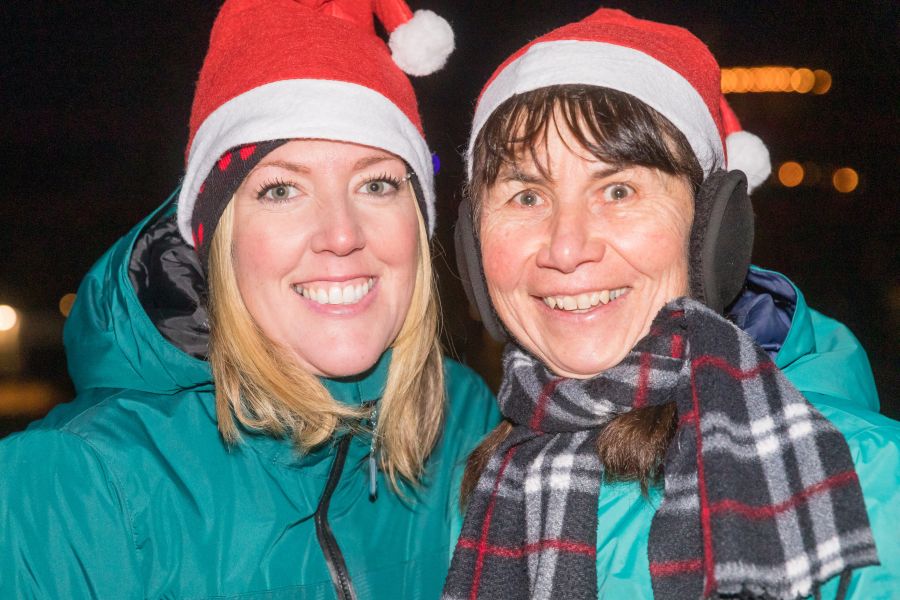 "It's freezing," said Kohler, "but we have layers and that's okay. And we're doing it for an awesome cause."

That cause is the Youth Outdoor Recreation Society, an initiative of Santa Run organizer Hoodoo Adventures, and it's one of the big reasons Penticton's Tanya Munns showed up with seven family members and friends in tow. "We do it every year," she said. "We do it to support Hoodoo and their causes."

We mentioned the weather and Munns shrugged it off, saying, "What doesn't kill you makes you stronger." Even the kids in the group were okay with it, which made them quite a bit tougher than this reporter. 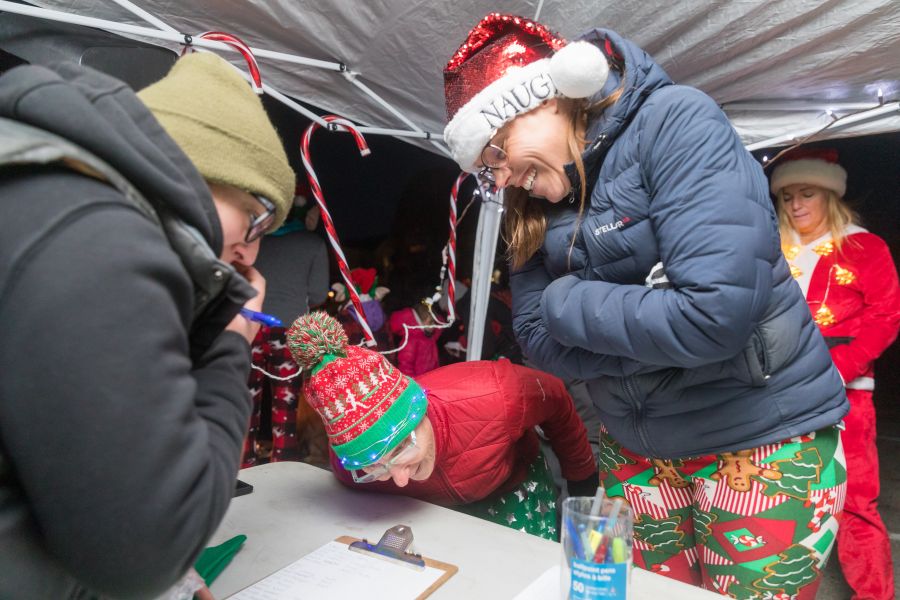