The lights. The cameras. The runway. 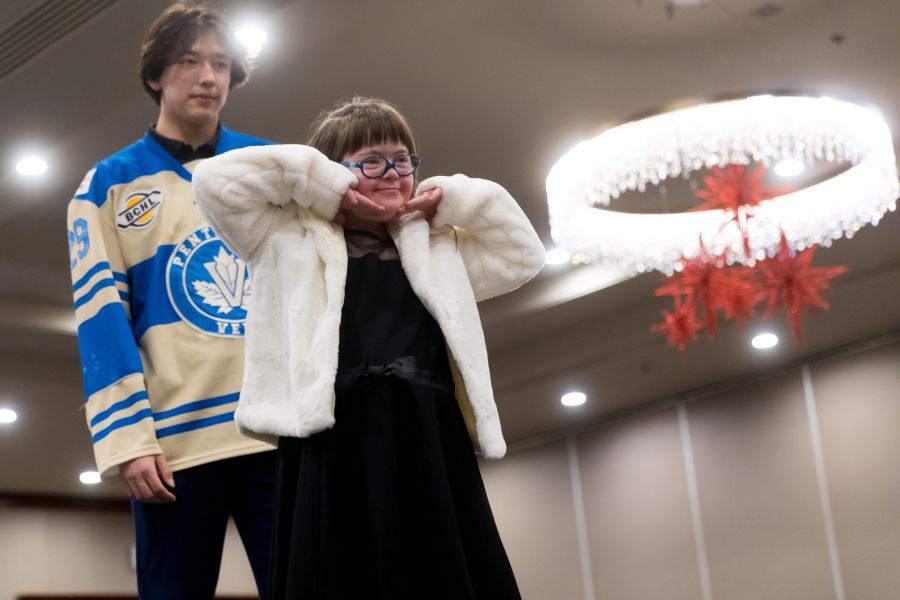 Wednesday night at the Lakeside Resort, Penticton got a taste of what the upper crust in chic spots like Paris and Milan and London get to see far more regularly. And the crowd ate it up. 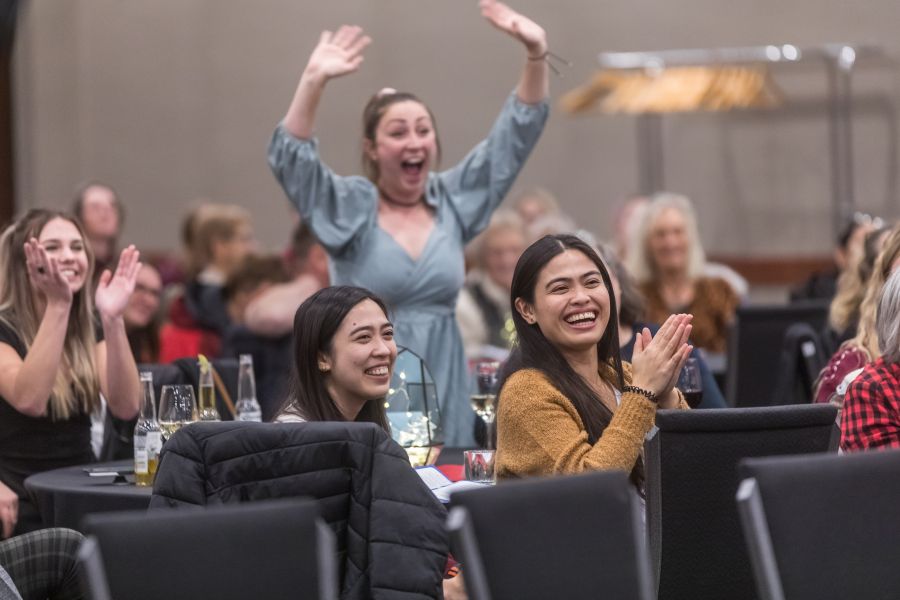 It was the "Uniquely Fashionable Fashion Show," the latest iteration of an event that comes around only every couple of years and because of COVID was last seen way back in 2019.

An initiative of the Dragonfly Pond Family Society, a Penticton-based organization that supports local families with kids who have complex care needs and/or disabilities, the show gives those kids an opportunity to strut their stuff on a runway as their parents and friends look on. 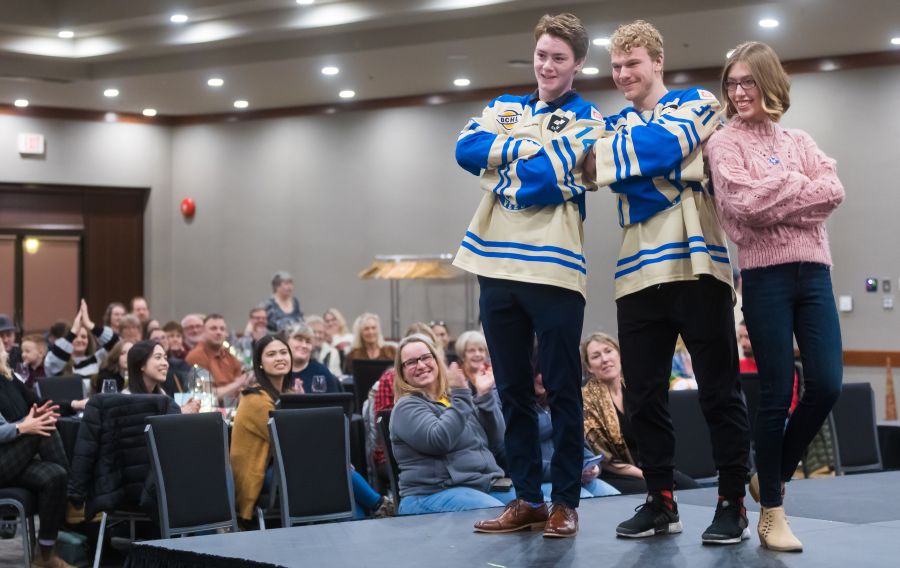 Judging by the mutual reactions Wednesday night, it's clearly an unforgettable experience for just about everyone in attendance.

The kids, who spent a night last month at The Bay at Cherry Lane Shopping Centre choosing their runway wardrobe and even selected the music that would accompany them, were, for the most part, thrilled. Some really had fun with it, striking pose after pose as cameras and flashes snapped away. 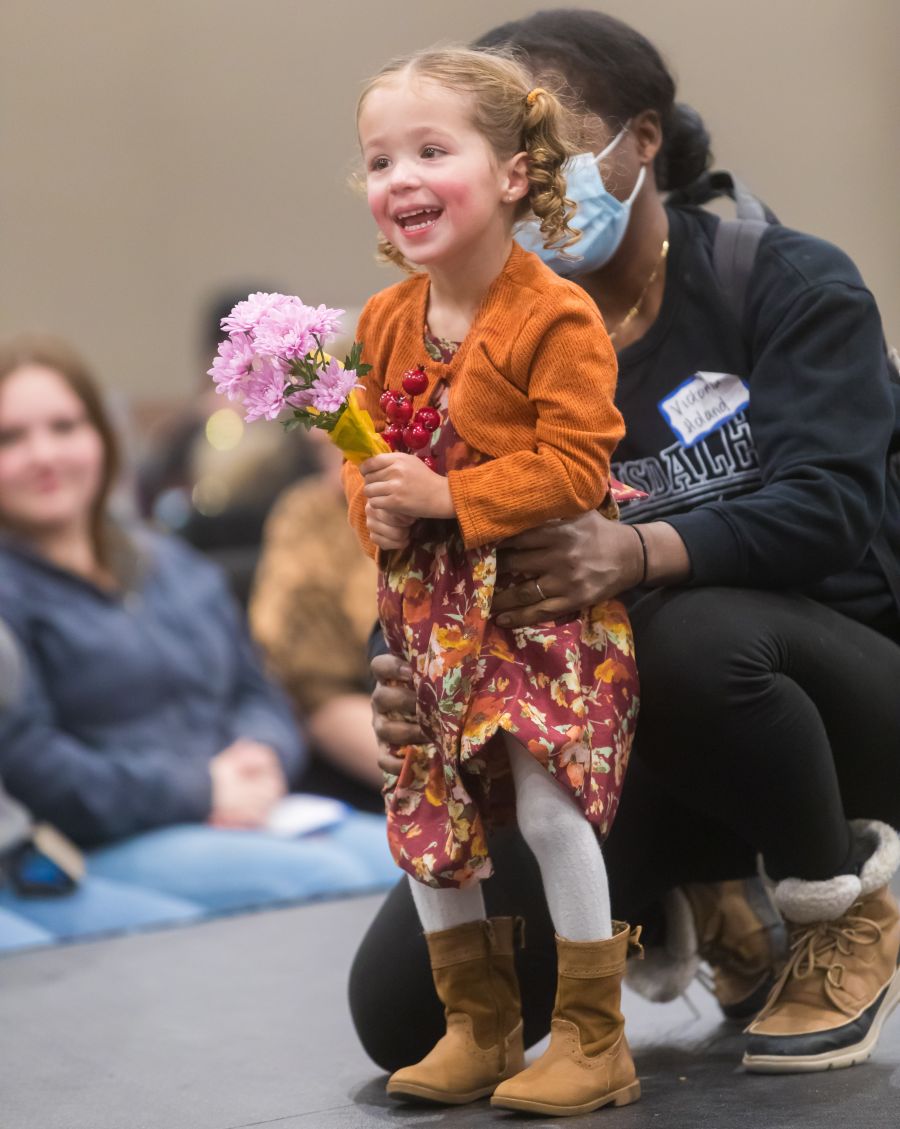 Adding to the drama, the Penticton Vees hockey team was on site to chaperone the "models" for their turns on their runway. Each new model got a new member of the team, and sometimes two. 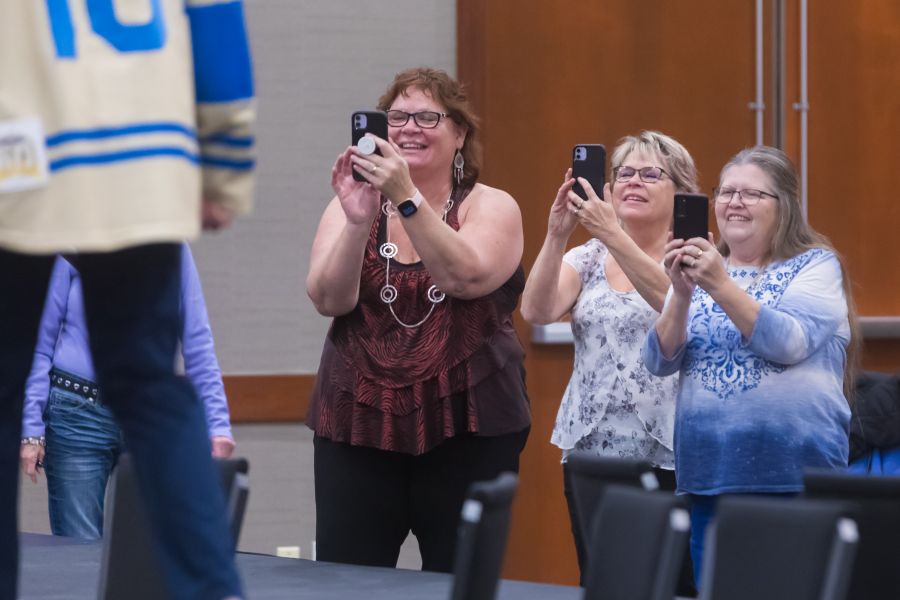 Never underestimate the power of a parent watching their child on their very first runway.

When it was all over, PentictonNow chatted with a few of the participants as they decompressed from their fashionable duties. 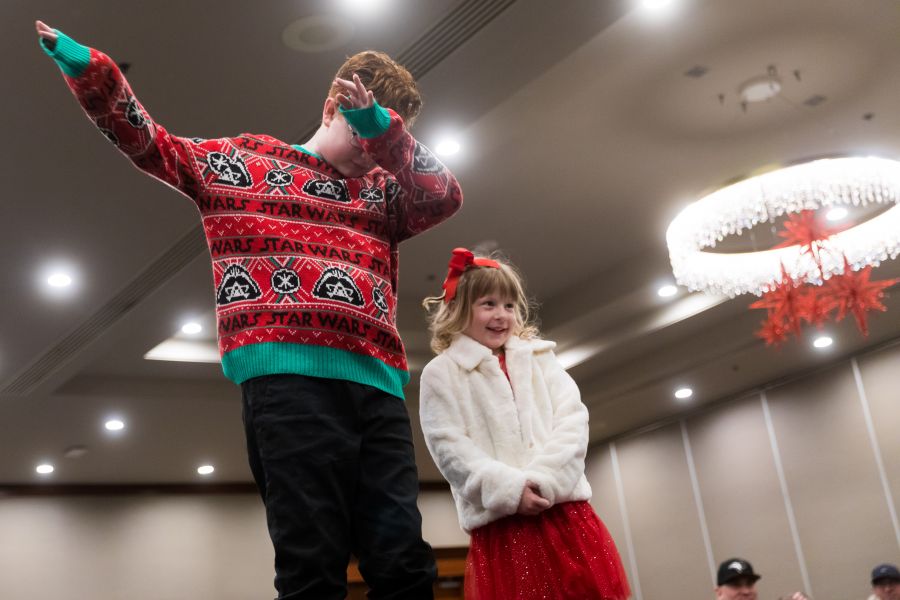 "It was fun and exciting," said a smiling Savanna Morris. "I'm a pretty outgoing person so I really enjoyed it. I'd love to do it again."

The 14-year-old chose a tune called "Hold on to Me" from the Canadian teen drama series "The Next Step." And she knows what she's talking about when it comes to music. She's a singer-songwriter when she's not going to school who's performed at venues like Cleland Theatre. 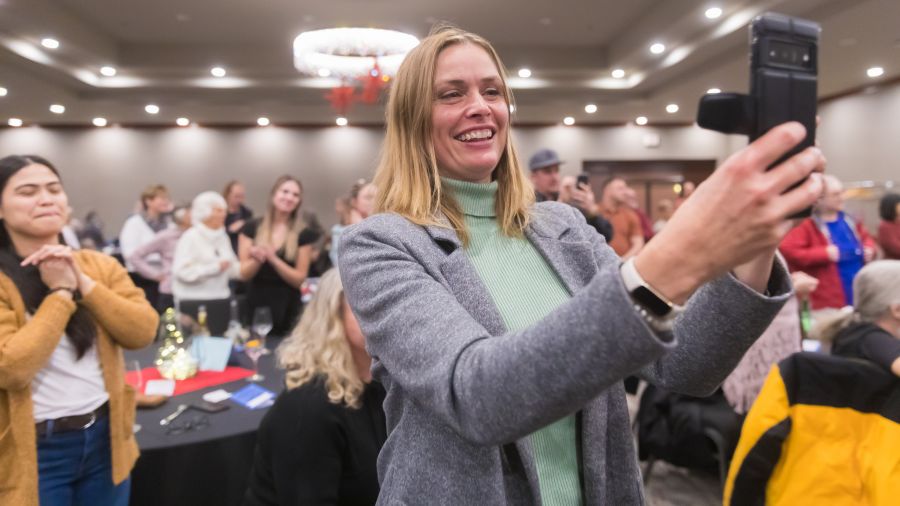 "And on Thursday, Dec. 8, I'll play one of the characters at our school Christmas play at Holy Cross and do a solo performance, "she added, hyping her future engagements like a seasoned pro.

Lillian Bradshaw was happy but honest in her assessment. 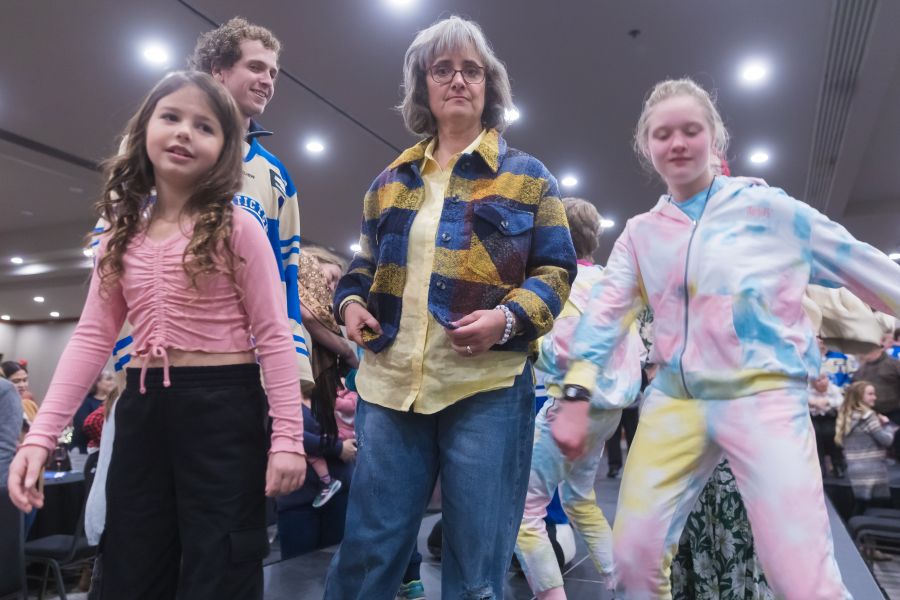 "It was nervous and exciting and kind of sickening," she said. "I was overwhelmed at first. This was my first time doing something like this.

"But I'd do it again. It helped me get over stage fright. 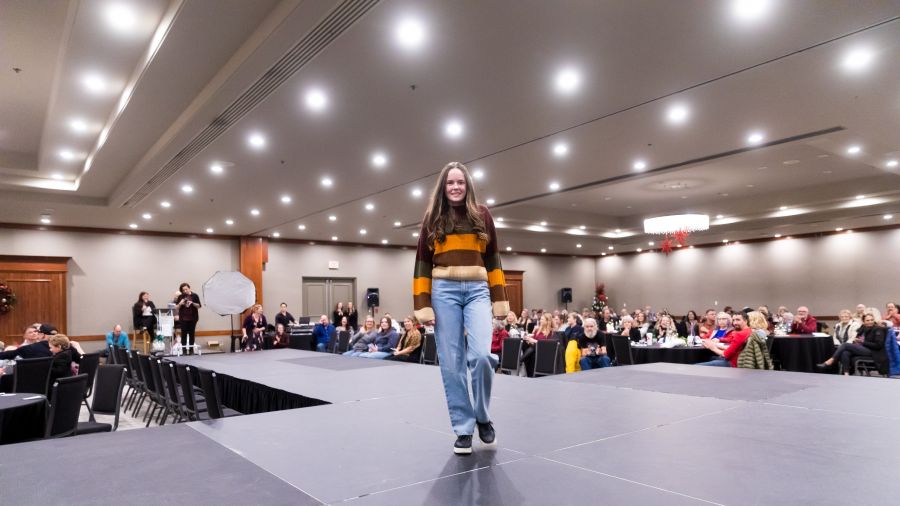 Unlike Bradshaw, 7-year-old Austin Morris, who fittingly chose One Republic's "I Ain't Worried" as his accompaniment, turned from worried to confident the moment he stepped on the runway. 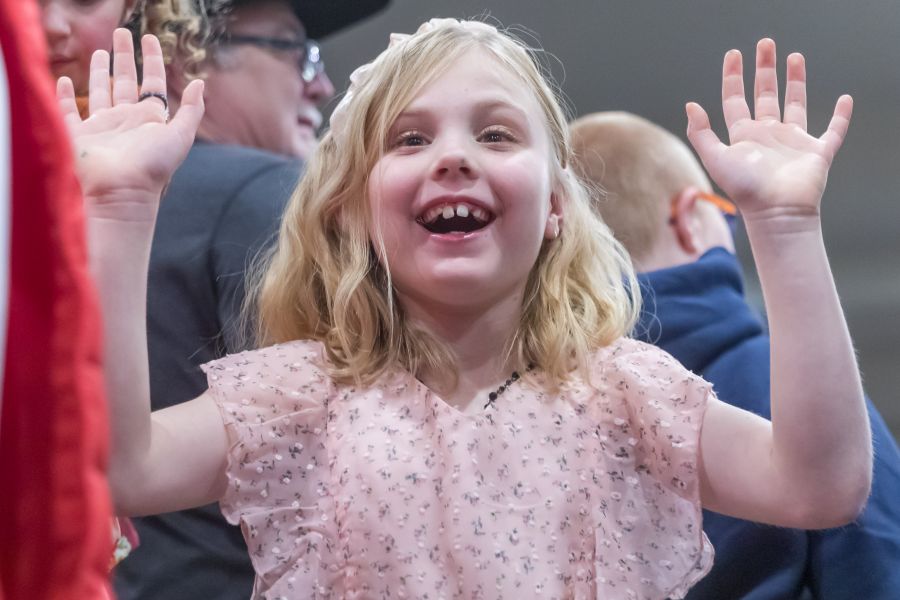 "I thought it would be scary because everyone will be taking pictures," he said, "but it was actually pretty fun."

Marilyn Matheson, meanwhile, was part of the audience watching the show. She was there specifically for her grandkids, five-year-old Sadie Grace and 12-year-old Cash Baker. "They love this," she said. "They did it three year ago too.

"Dragonfly Pond does so much for Cash. They have such fun during the year. Horseback riding. So many different things for the kids." 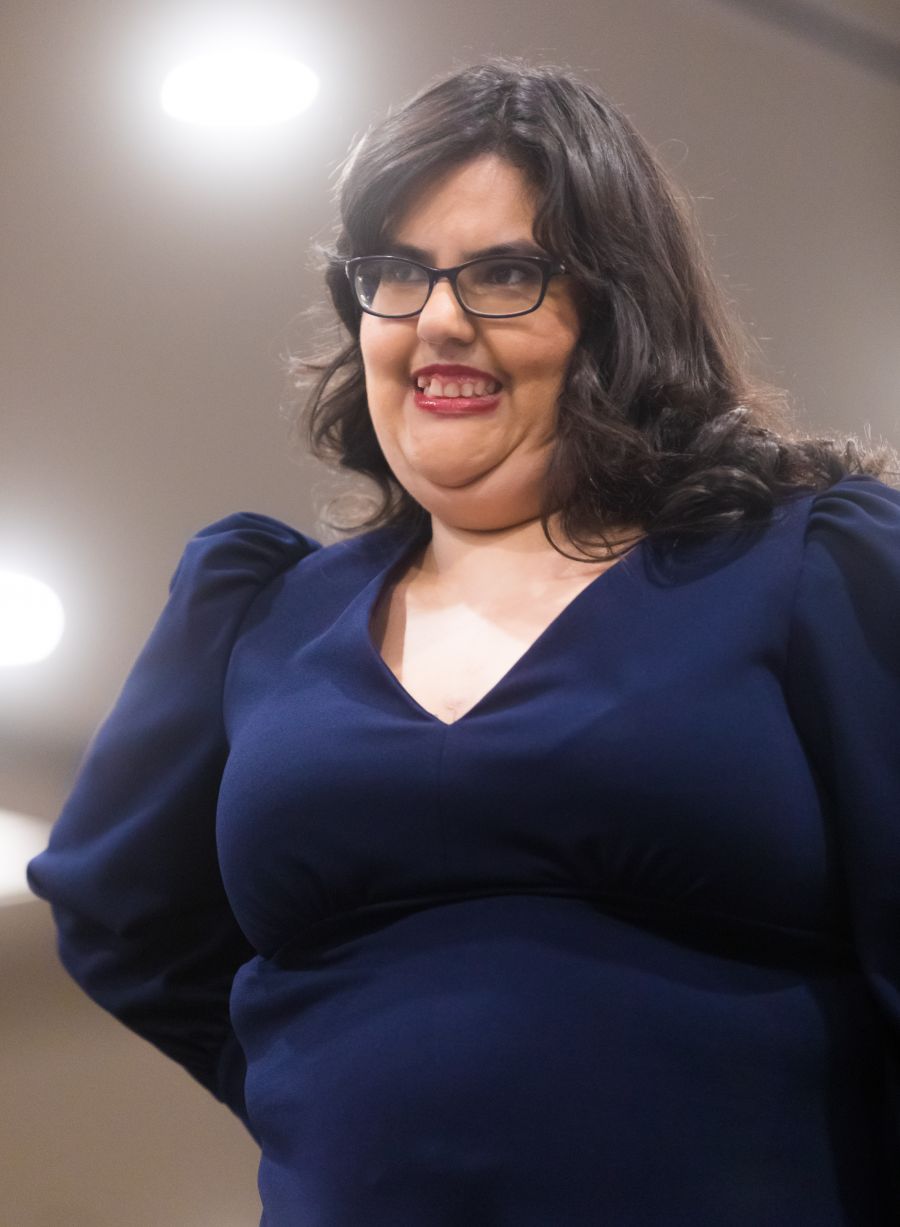 Michelle Allin of Dragonfly explained that the Uniquely Fashionable Fashion Show is not a fundraising event. Instead, it's intended to celebrate inclusivity and raise awareness.

We say it succeeds on both counts. "This is our fourth show," she said. "We've always had it here. The Lakeside has always supported us."

But she reserved her greatest accolades for The Bay. "They're been our largest supporter for the past two years," she said. "They allow us to come in for a night. Their staff stays after hours. They let the kids and the families come in and some of the staff members actually help the kids pick out clothes. 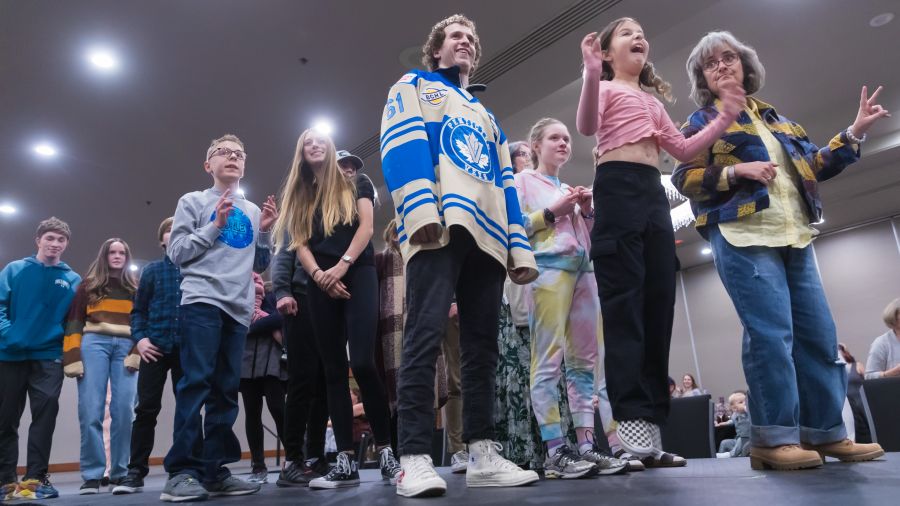 For more info on the Dragonfly Pond Family Society, head to the website here.