It was a fantastic week locally for the crazy/demanding discipline known as adventure racing. 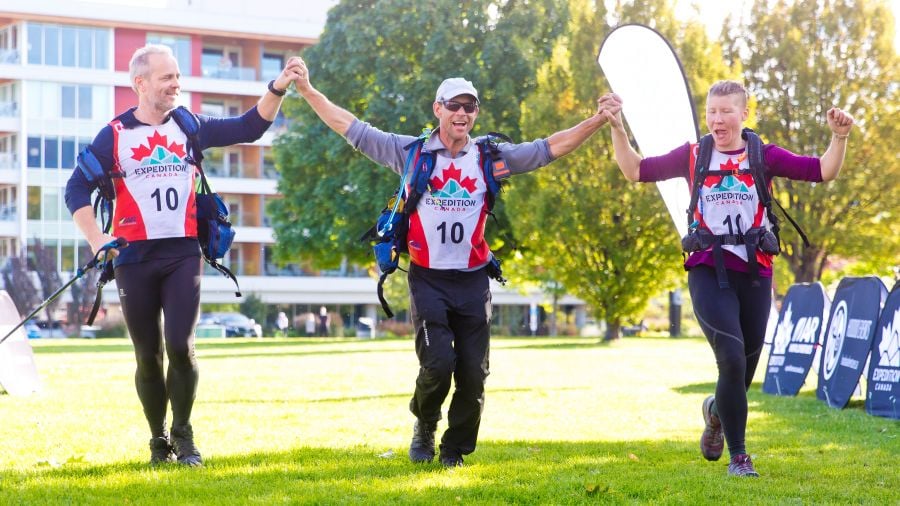 For openers, Expedition Canada, the very first adventure race of its kind in the south Okanagan successfully concluded Sunday.

Beginning Thursday morning at Penticton's Rotary Park, the event took competitors on an amazing journey throughout the south Okanagan that would see them run, hike, swim, climb and paddle in excess of 400 kilometers over the duration of four days. 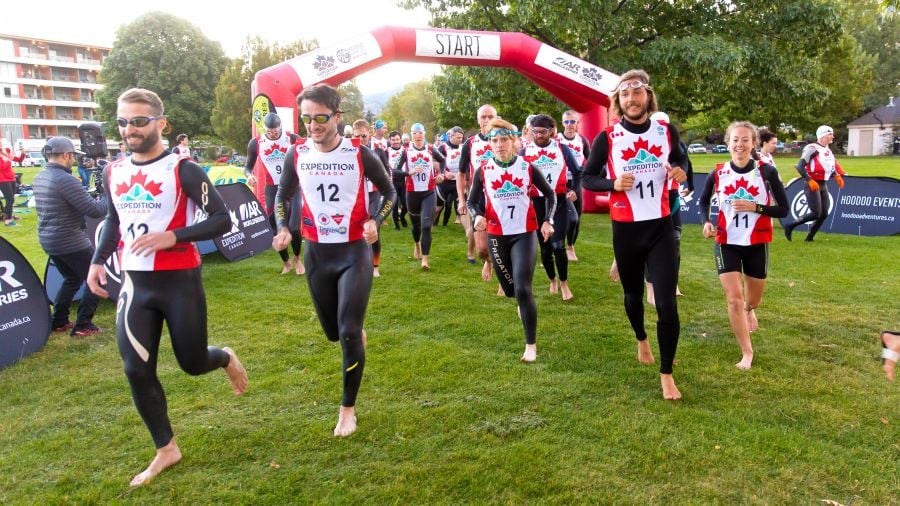 The course -- and even the location of the start line -- remained a complete mystery to all participants until two hours prior to Thursday's race kickoff. And even then, they got only a series of checkpoints, a map and a compass. No GPS, no electronics.

How they got from one checkpoint to another was up to them, and several unexpected encounters with inclement weather only added to the insanity. 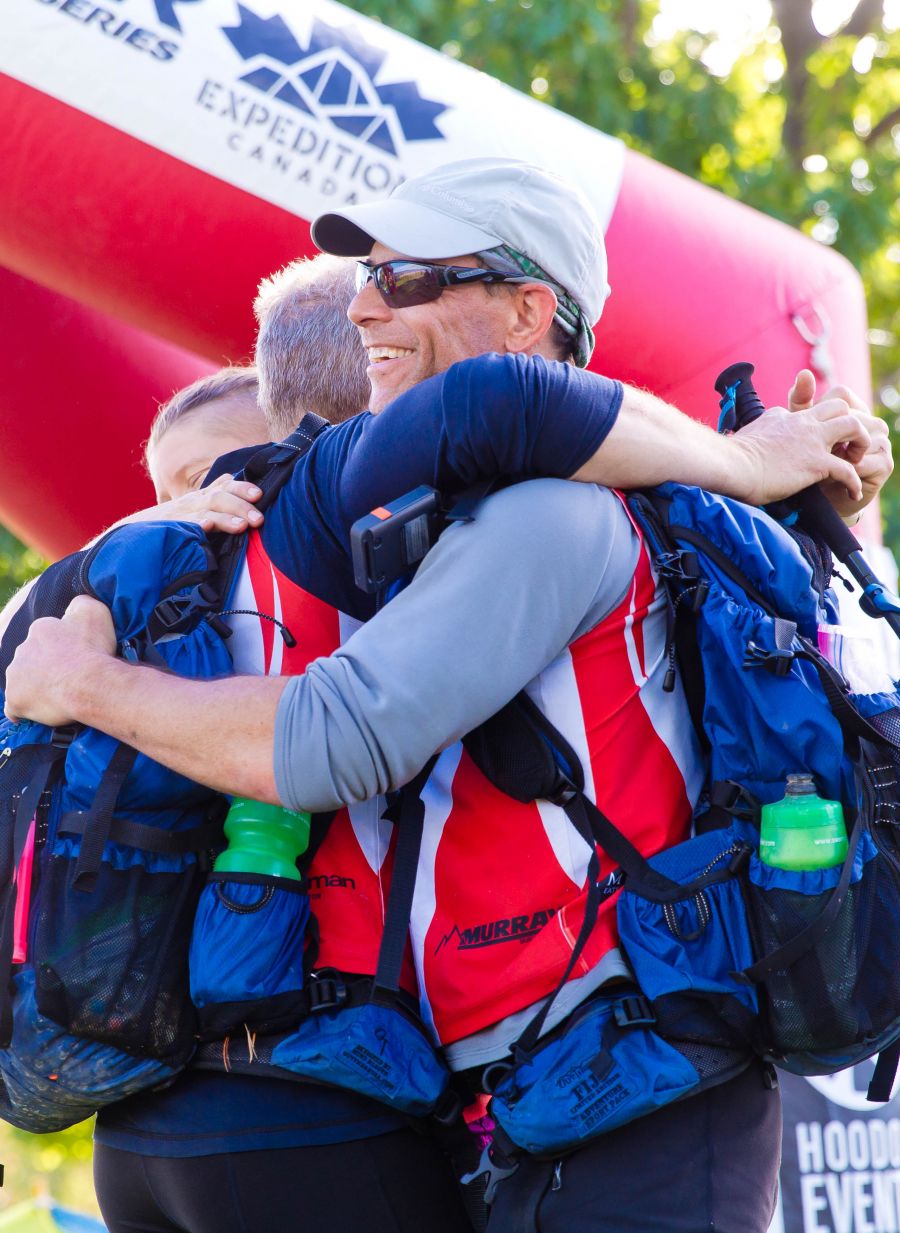 The first finishers crossed the line Friday. The final finishers did it Sunday, to a chorus of cheers and much celebration.

But there was even better news to come from race organizer Hoodoo Adventures and race director Nathalie Long, and it was based on pre-event speculation that if the inaugural Expedition Canada met with success, it would become an official qualifier next year for the celebrated Adventure Racing World Series. 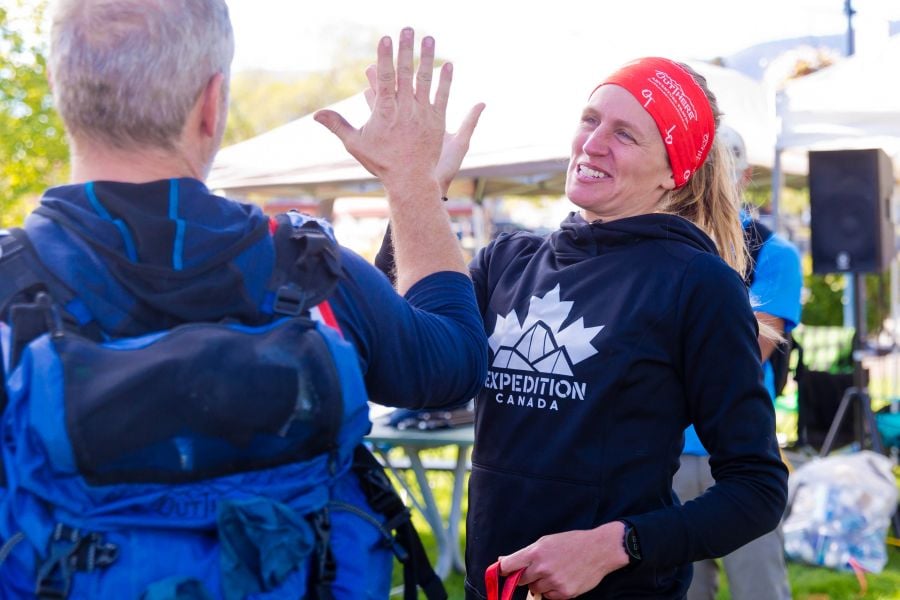 And that's precisely what happened.

"We've qualified for the world championship," said an upbeat Long at the finish line Sunday afternoon. "We needed to have a successful race, and we did.

"Everything logistically happened like it was supposed to. The right calls were made when we had to, for safety. Most of the top racers found the course was really well done. The checkpoints were exactly where they were supposed to be, and there was good diversity, showcasing the best of this part of the Okanagan." 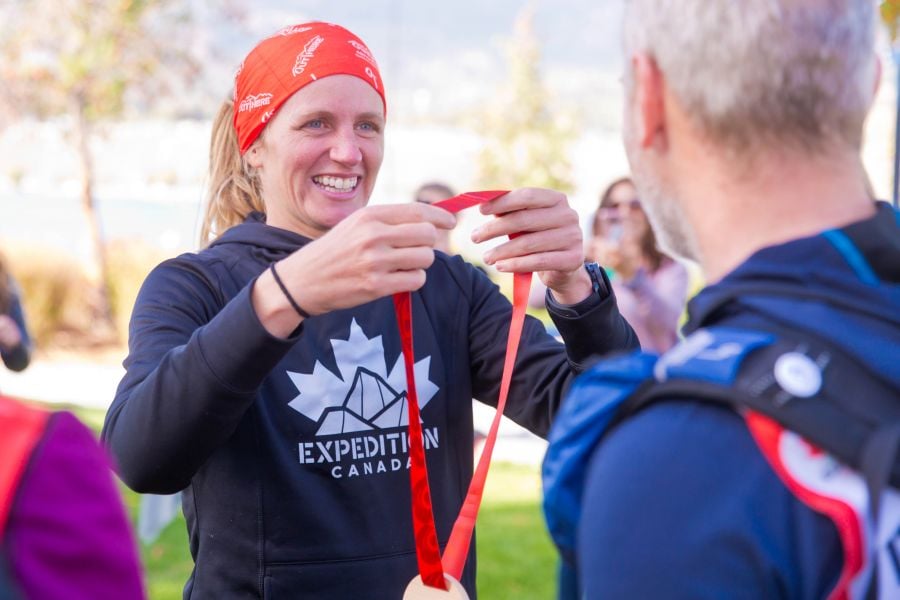 Long admitted that weather events made the race even more difficult than it seemed going in. High winds and extremely choppy water played havoc with some of the paddle sessions, and the Big White region was home to unexpected snow.

In keeping with adventure racing tradition, Long didn't reveal details of the next Expedition Canada beyond its timing (it'll run from June 3 to June 11, 2022). Other than that, all we know is that it'll unfold "somewhere in the Okanagan."

"This is a really big deal because it attracts athletes from all over the world," she said. "Europe, South America, and more. It brings international eyes to Penticton. People get to discover this area and what we have here. We're showcased to the entire world." 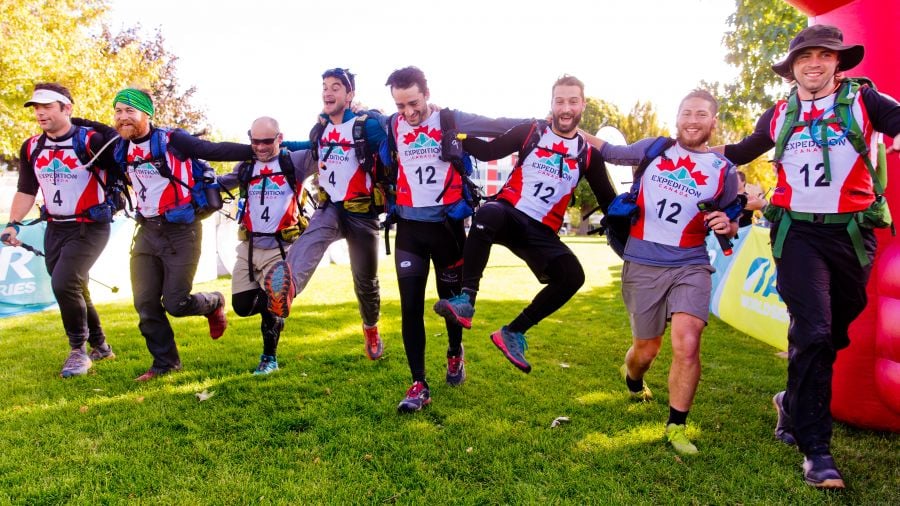 Indeed, Hill indicated that she hopes to keep impressing the powers that be and, if all goes according to plan, actually host the Adventure Racing World Series within the next five years.

But she was honest about this week's experience.

"We're really happy with the way it went," she said, "but it was really stressful during a few of the early days when the weather wasn't cooperating.

"But the first year is always the hardest. We have a good list of stuff to address for next year." 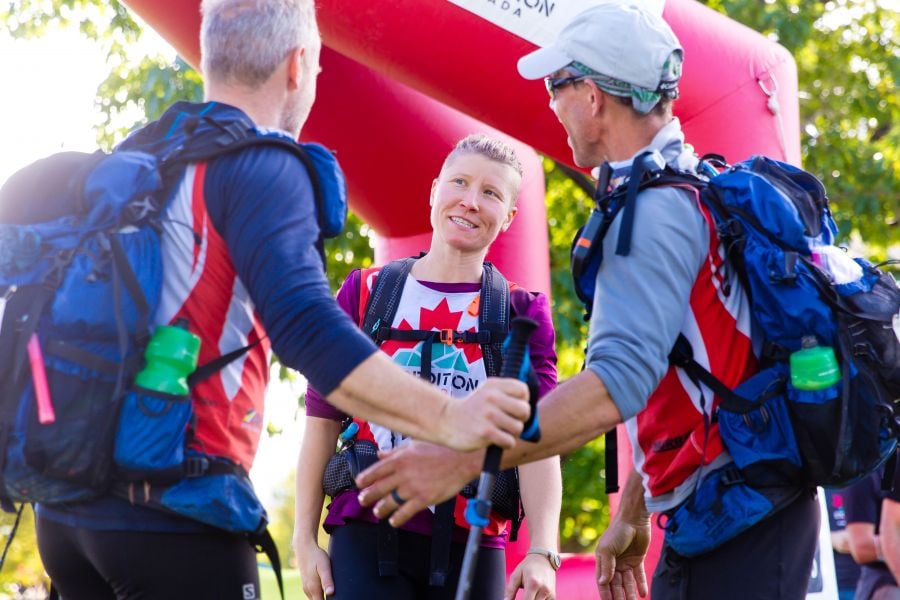 One of the teams coming through the finish line today was Swamp Donkey Adventure Racing, and team member John Ford explained why only three of four made it to the line.

"Yeah, we were a four-person team to start with," he said, "but one of our teammates, Jayson, got taken out with an IT band injury halfway through the course. But they let us continue on as an unranked three-person team."

Ford, who with teammate Rick has run an adventure racing business in Winnipeg for the past 15 years, had nothing but platitudes for Expedition Canada. 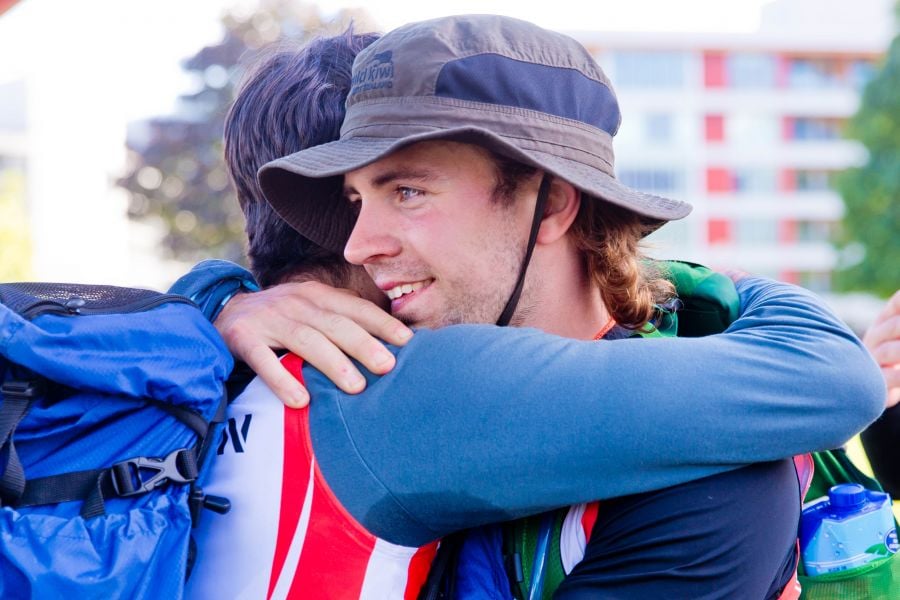 "Penticton is incredible and the race course that Nathalie and everyone at Hoodoo put on really featured the region," he said.

But he was even more complimentary about his fellow competitors.

"Some people were probably in a little over their heads," he said. "Some teams capsized, but in the true spirit of adventure racing, people abandoned their hopes to make the time cut-off to help rescue others."

Jake Dancyger of Vancouver, who we first met a few weeks ago after he'd rappelled down the McCulloch Trestle during the Bighorn Bushwack tune-up race, was happy he came back. 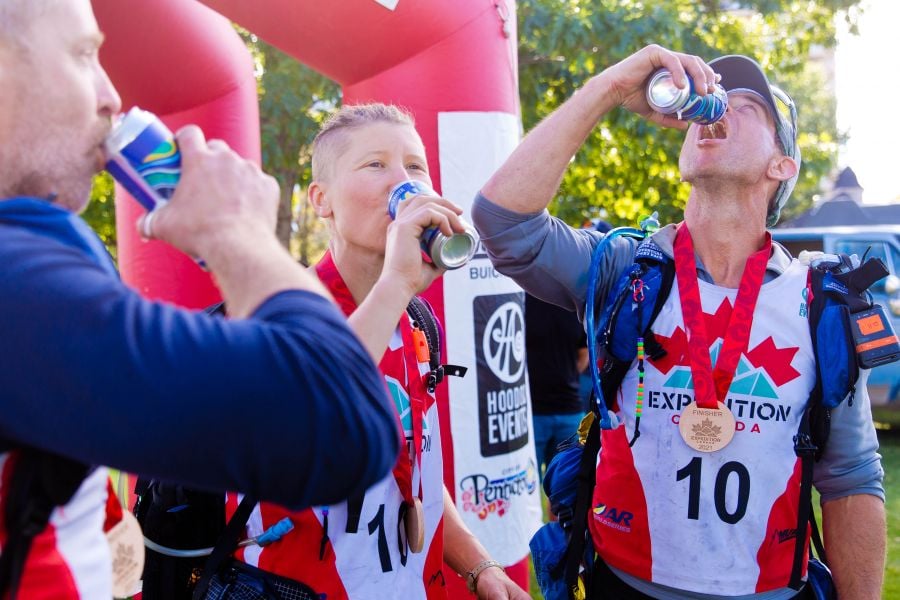 "This required a lot of energy and effort to push yourself to face adversity in multiple ways," he said moments after crossing the finish line, "but I'd do it again 100%."

In another indication of the adventure racer spirit, Dancyger's Team Dream Adventure crossed the line simultaneously with a competing team, arms held high.

"We ended up meeting another team and helping each other through a particularly difficult leg," said Dancyger. "And we just decided to stick it out with each other for the last two days." 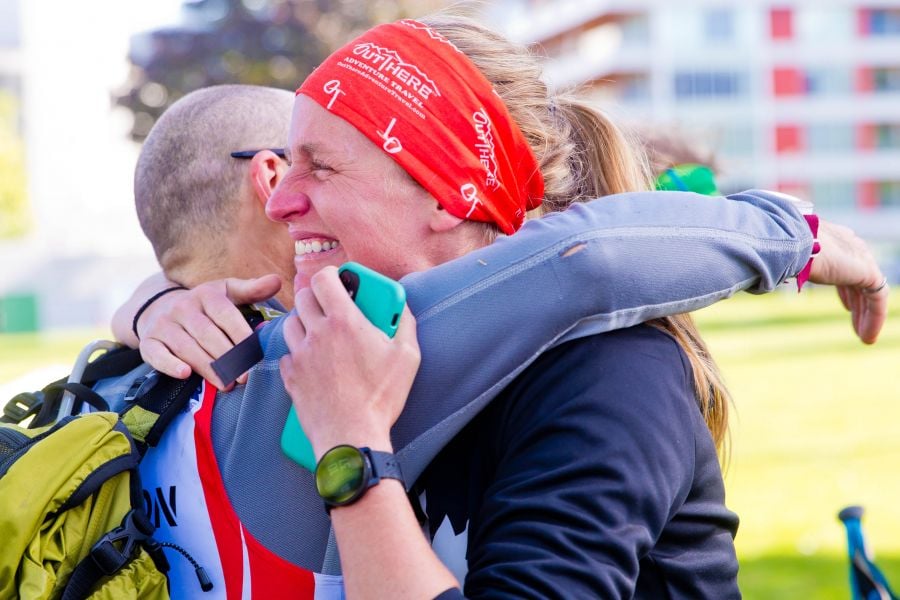 According to Lyndie Hill, race organizers will be actively pursuing volunteer help for their future races, starting with the June 2022 event. Those selected will get to experience the adventure racing buzz, sleep in the great outdoors, and eat free food.

For more info on that or on anything Expedition Canada related, hit up the website here. 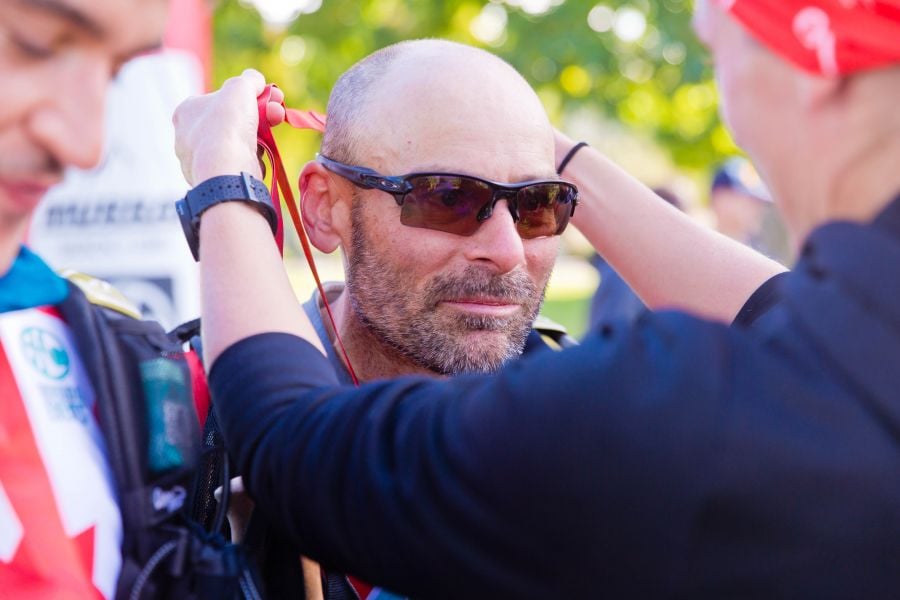