One of the most celebrated ballets the world has ever known came to Penticton Saturday, performed by a company from Kelowna that had the crowd at Cleland Theatre applauding, cheering and reacting from curtain to curtain. 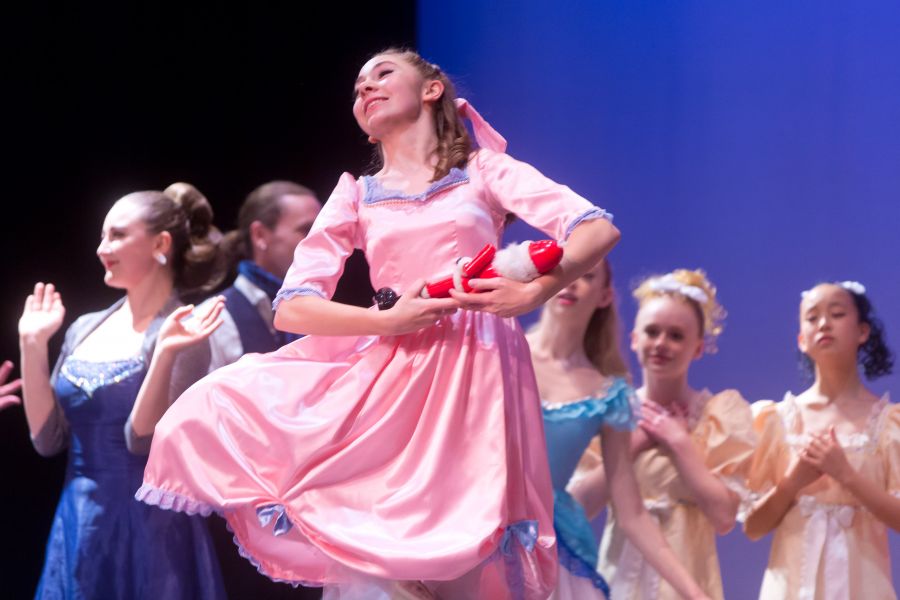 Indeed, it was performed twice -- once as an afternoon matinee and once Saturday evening -- undoubtedly leaving the entire troupe satisfied but fatigued afterward. 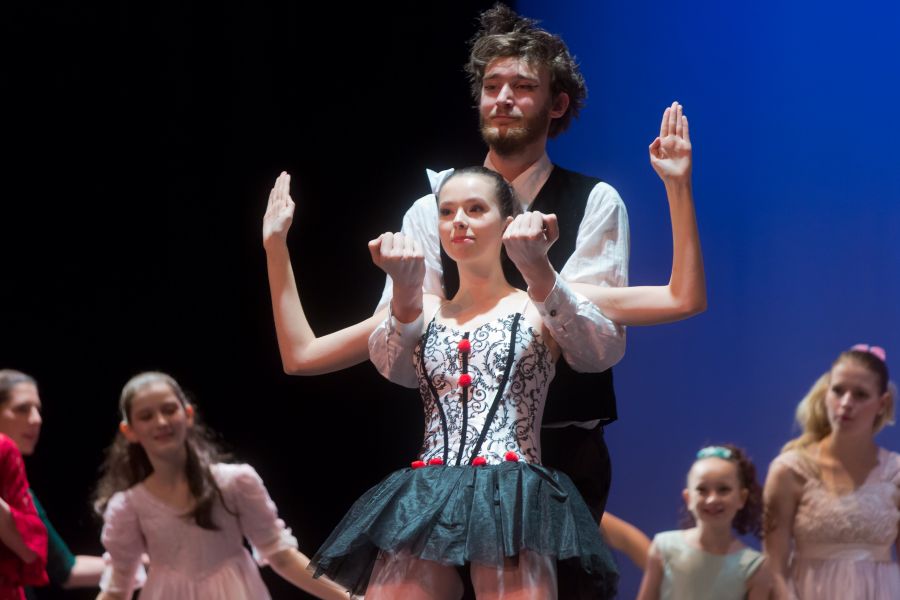 Now, they have just four days to rest and recuperate before their final show of the season, this Thursday at 7:30 pm at Kelowna's Rotary Centre for the Arts. 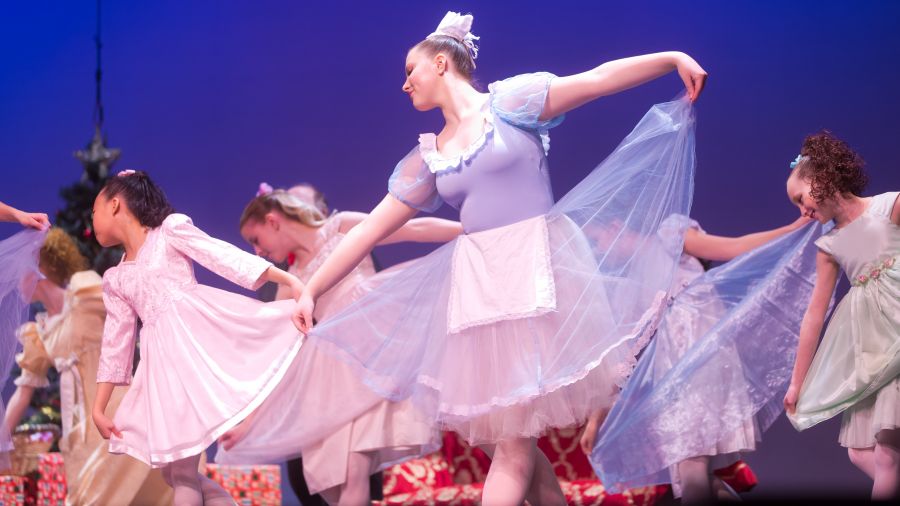 The ballet in question is The Nutcracker, the timeless classic about a young girl, a nutcracker, and a fantastical dream. And the talented -- and mostly youngish -- group that put it on is called the Mission Dance Company. 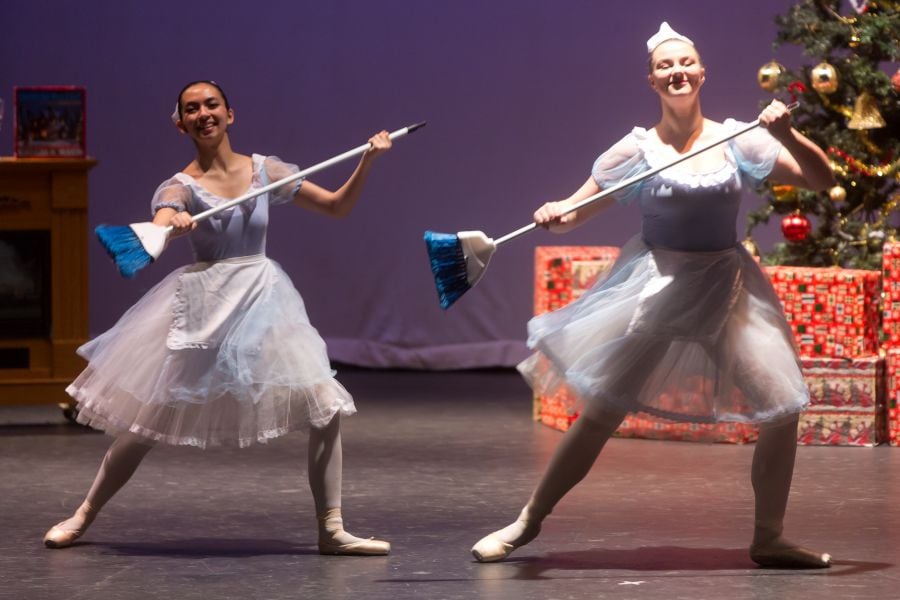 We chatted with Mission Dance founder and artistic director and Nutcracker choreographer Tanya Vadurova just prior to yesterday's matinee. And it didn’t take long to realize that the program is serious biz. 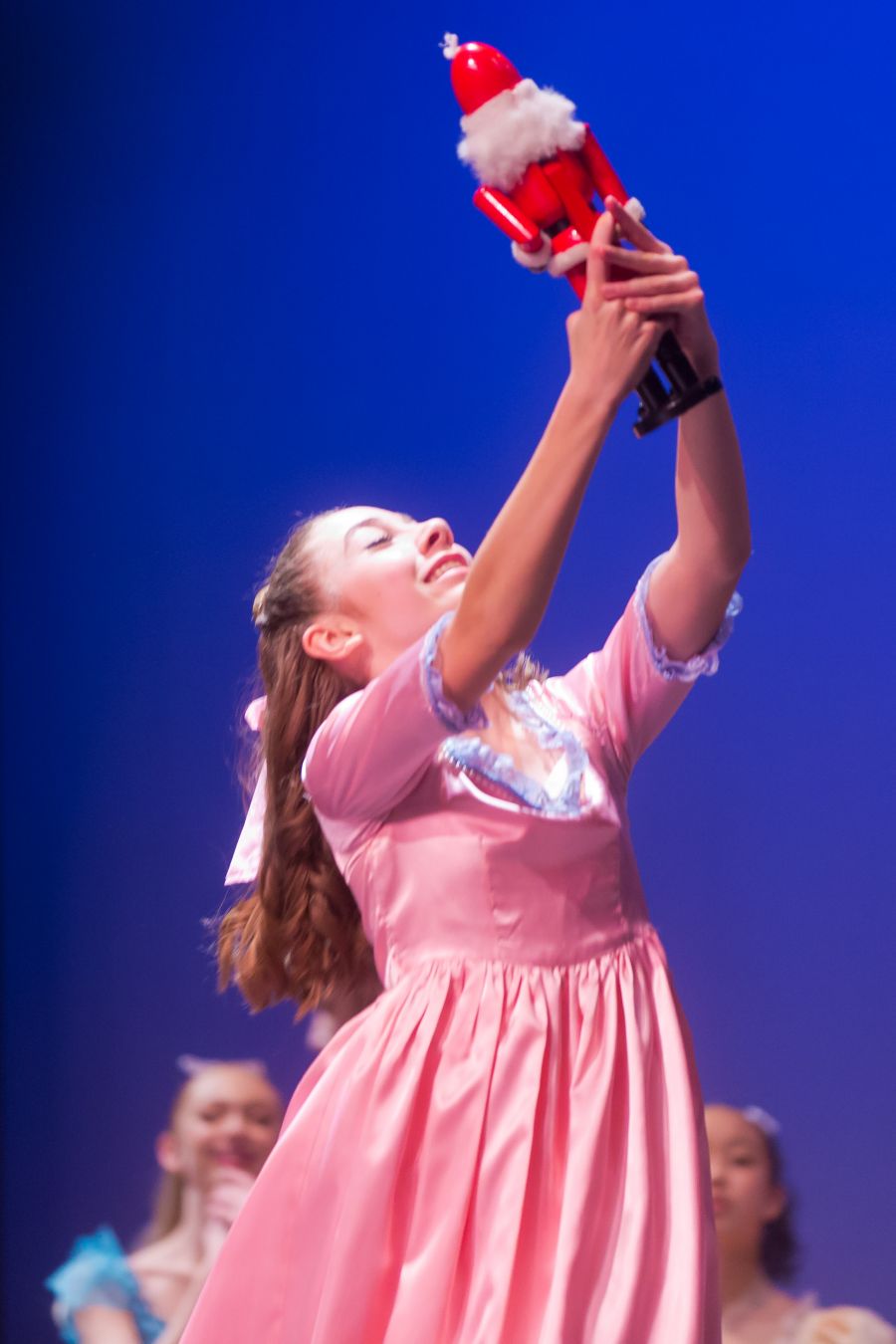 "The company is an offshoot -- a pre-professional program -- of Kelowna's Mission Dance Centre," explained Vadurova. "It's a youth company but the soloists are those students who are launching a professional career in dance.

"We provide an opportunity for students to really feel what it would be like if they were to embark on a professional career. Actually, we don't have quite a few of our dancers this year because they've been accepted in Europe and the States to professional ballet post-graduate programs." 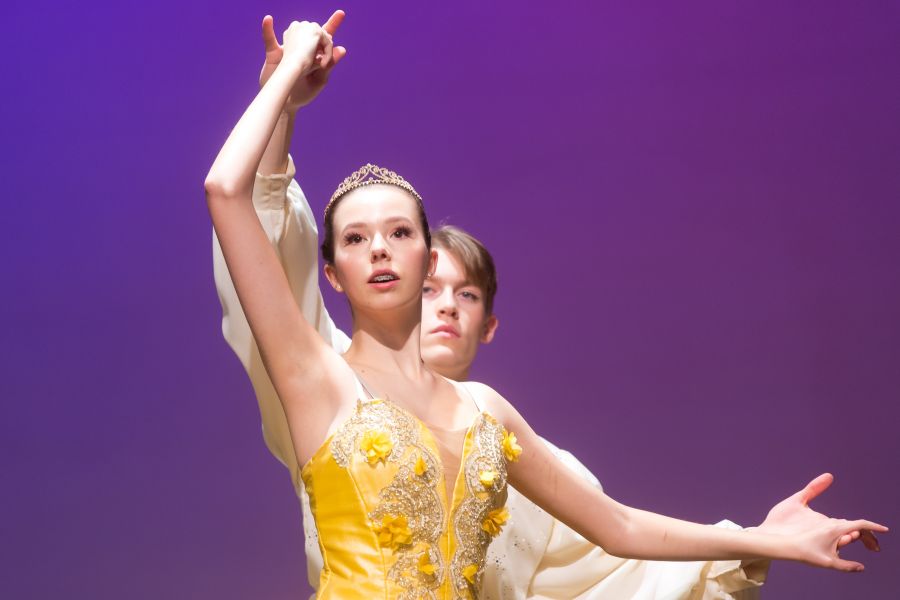 According to Vadurova, Mission Dance students, typically teenagers and pre-teens, spend up to five hours a day, five to six days a week, honing their craft with the Centre.

But, she added, COVID regulations have been far tougher on her dancers than their usual training. 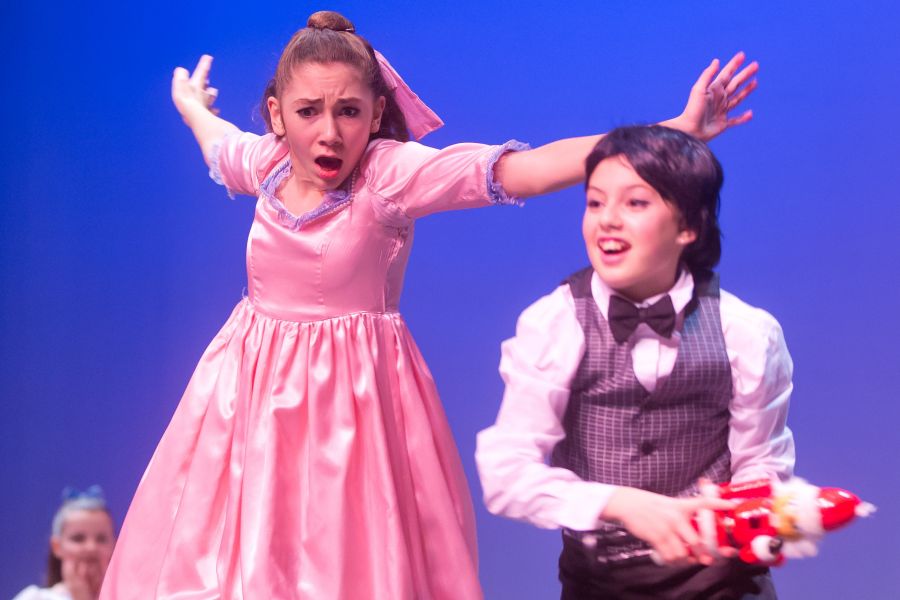 "They’ve had to train only privately the whole pandemic. So none of them feel quite as wonderful as they'd like to right now."

Kelowna dancer Annette Bakala knows all about committing to a passion. Now 20 years old, she's been involved in ballet her "whole life" and training with Mission Dance since she was "two and a half." 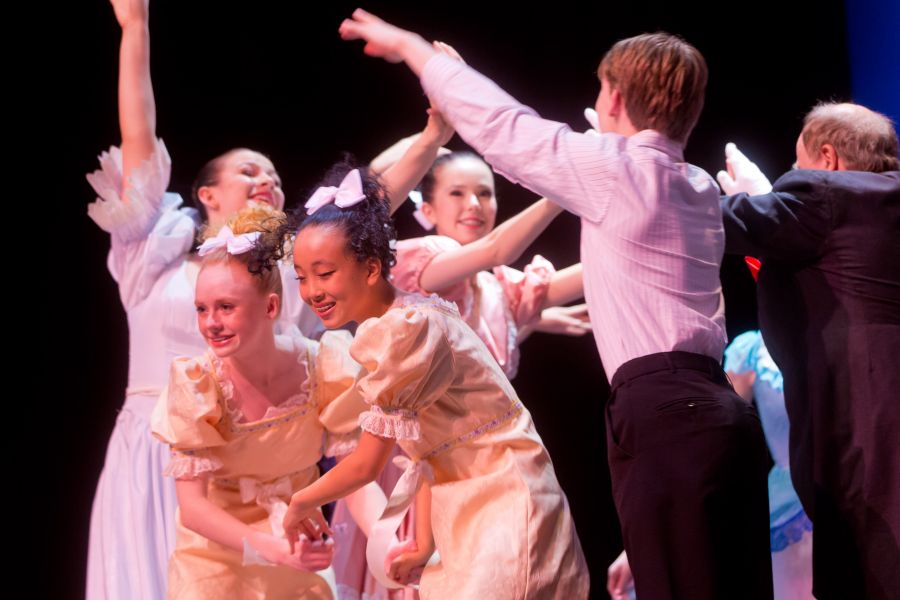 "I want to do this for the rest of my life," she said Saturday before the show, adding that she's now an instructor too.

In the matinee performance of The Nutcracker, Bakala went all multi-dimensional, playing the roles of Marzipan, Dew Drop, and the Arabian Princess. 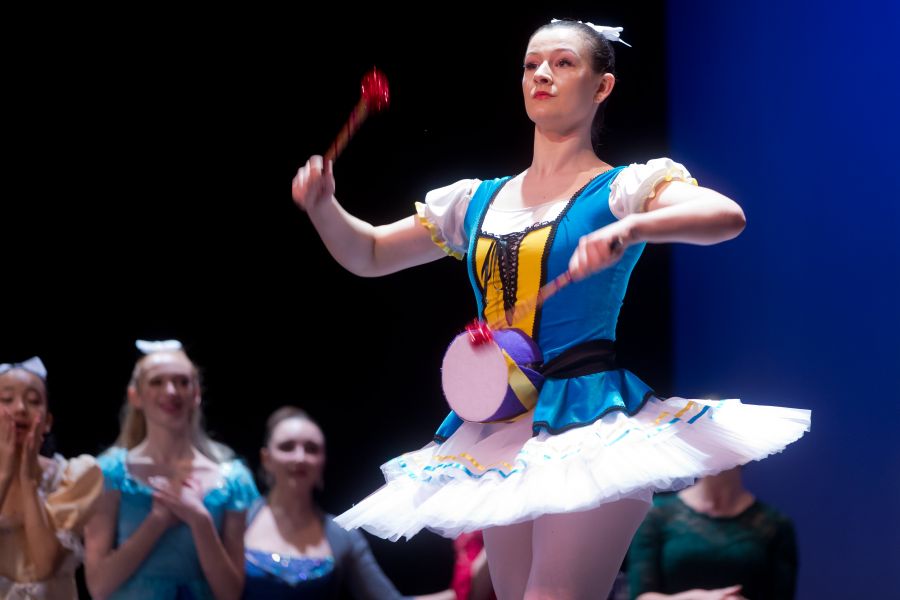 "I'll be auditioning soon with professional ballet companies around the world," she said, dropping names such as the Royal Ballet of Canada and the Royal Opera House in London (England) when we quizzed her for specifics.

"We're a big family here," she said of Mission Dance. "We definitely love what we do and we put a lot of thought and care and time into being kind to each other and working hard every single day. 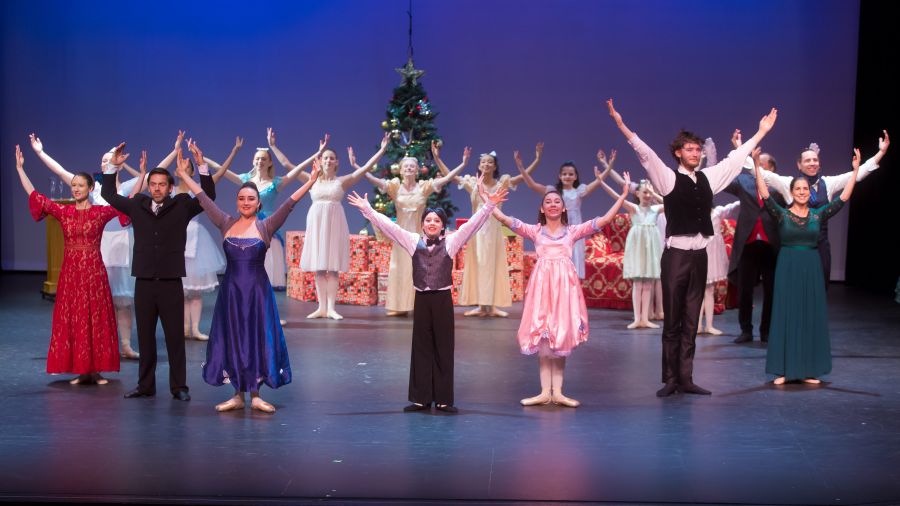 "And we do remind each other how much we love it because it does get difficult sometimes. It's a lot of hard work, but if you want to be a ballet dancer, or any kind of dancer, we can get you there."

Little Esther Lee, also of Kelowna, played six different roles Saturday, and went through six costume changes along the way. That’s quite an afternoon's work for an 11-year-old, Grade 6 student. 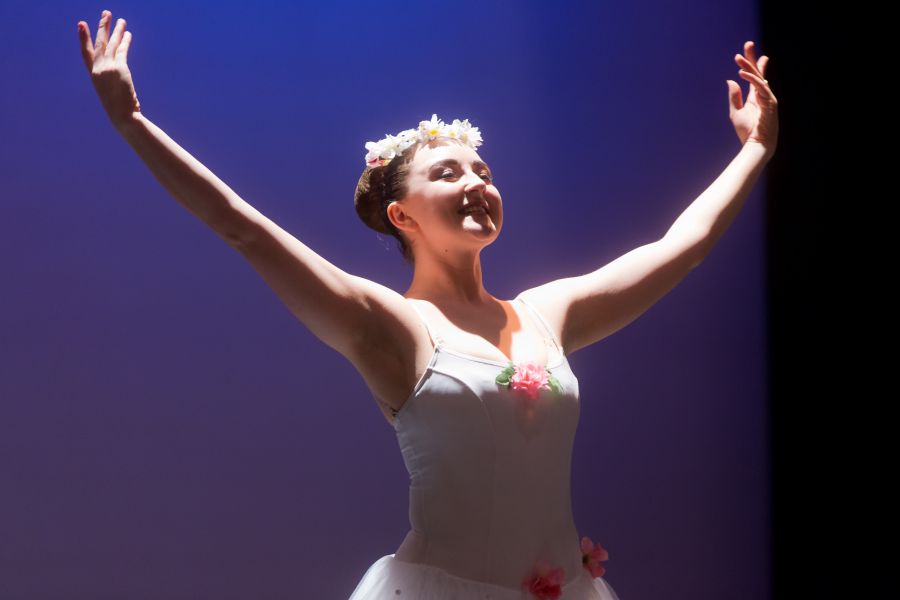 "I did dance a long time ago," she said, doing her best impersonation of an aging veteran. "Then I stopped, but now I'm doing it again, for about the last three months."

"I love performing for my friends. It's just my passion. I love the way it looks, and I always wanted to do it. And it's fun." 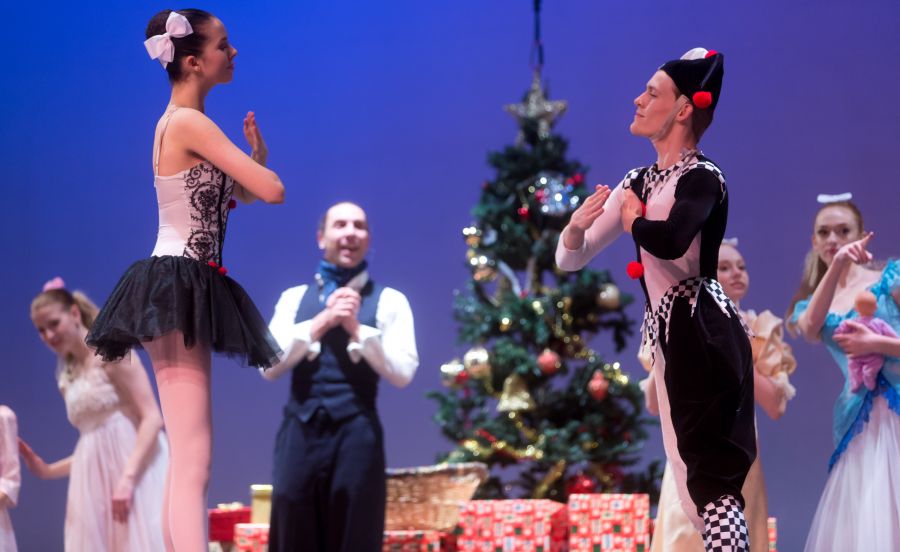 Those who missed this weekend's Penticton shows or the company’s November Kelowna performances of The Nutcracker have one more chance to catch it in 2021. It's this Thursday at 7:30 pm at Kelowna's Rotary Centre for the Arts. 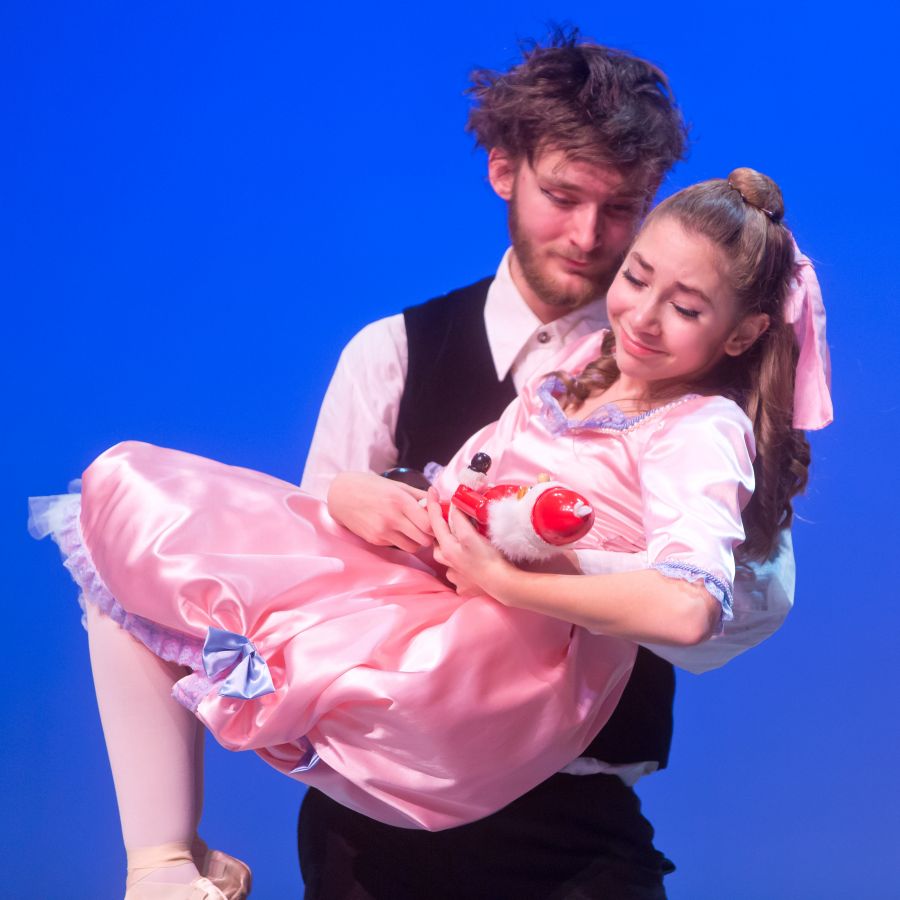