Heather Pescada is at it again. 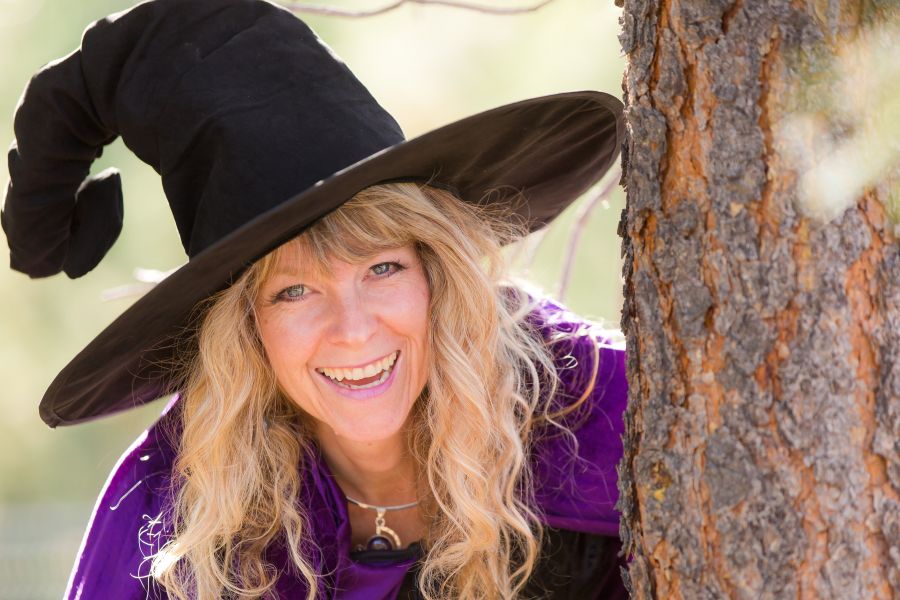 The Trout Creek resident, now infamous for her annual Halloween hijinks -- high-production neighbourhood trick or treat sessions, a horrifying haunted doll house at the local youth centre, a family of social media-addicted skeletons in her front yard, among others -- is now just a month away from the launch of her latest exploit.

Hint: It involves a train. A steam train. 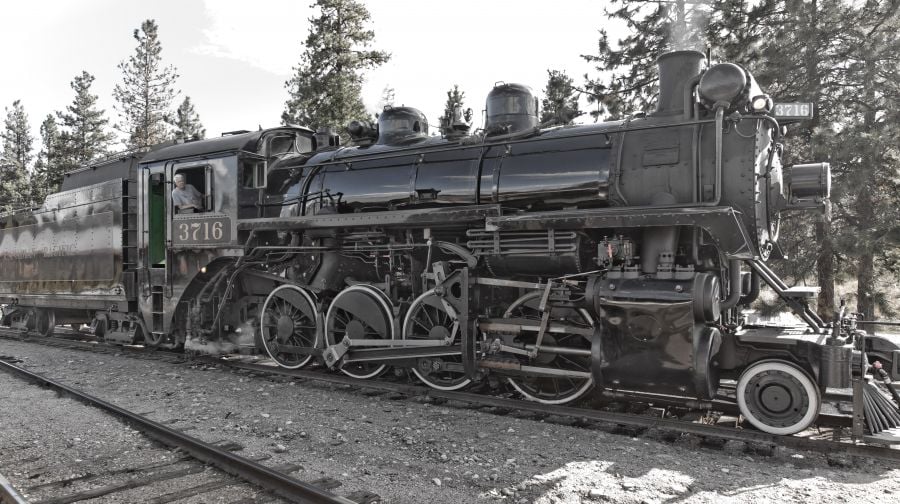 Beginning Oct. 21st and ending two days later, the Kettle Valley Steam Railway in upper Summerland will transform, through the magic of Pescada and a small army of associates and helpers and actors, into "The Sorcery Express," a whimsical take on the already whimsical "Hogwarts Express" train of Harry Potter film fame.

It'll be no small feat. According to Pescada, she's been working on the project since February. 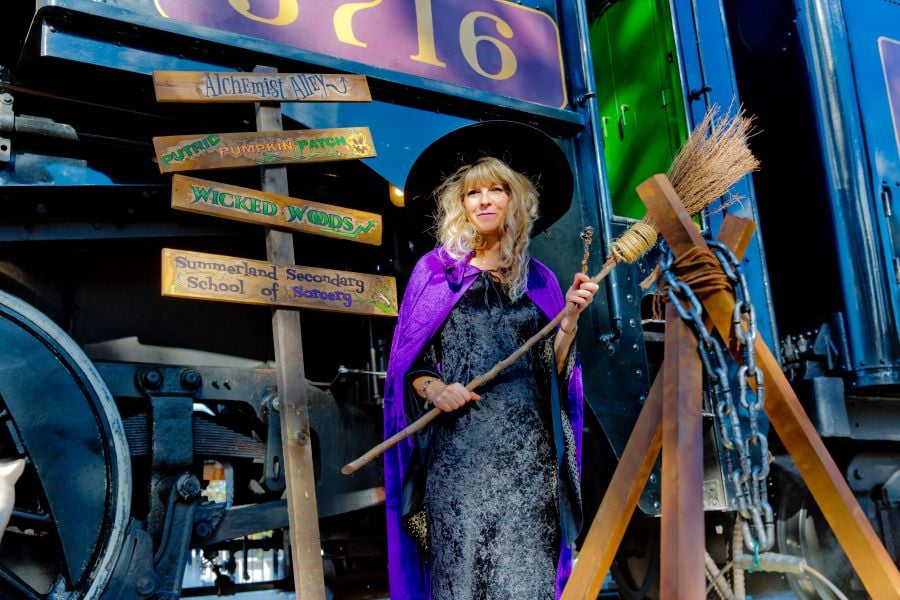 By the time she's done, she’ll not only have turned the train into a fright fest, but the train's station in upper Summerland too, where disembarking guests can stroll through a "Magical Village" that includes Potter-ish sounding spots like "Alchemist Alley, "Wicked Woods," "Putrid Pumpkin Patch" and "Summerland School of Sorcery."

But that's not all. Pescada warns that animated manifestations await both on and off the train.

"The 2023 grads (of Summerland High School) will be the actors and actresses in the event and the KVSR train will donate $10 from every ticket sold to their dry grad," she said. 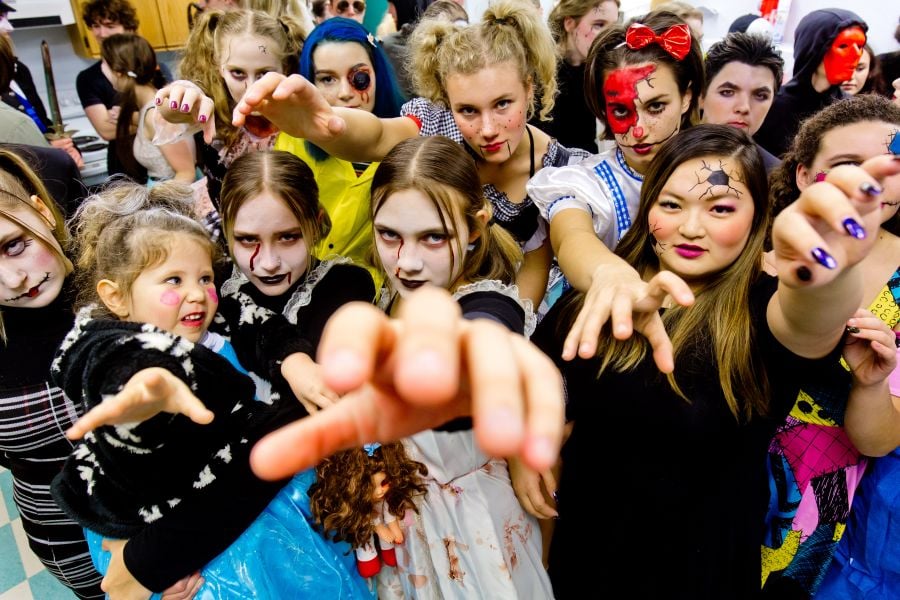 One problem, at least for those who wanted to partake. Every single train ride ticket for the duration of the event has already sold.

There are two rides per day, a "family-friendly" version at 5 pm and a "scary" trip at 7 (and a bonus 3 pm trip on the 23rd). Ticket prices were $35 for adults and $26 for kids, but all the tix were scooped within days, and sometimes hours, of their release.

So what's a fright fan supposed to do?

As of today they do have another option -- a walk-through of the rather elaborate Magical Village. 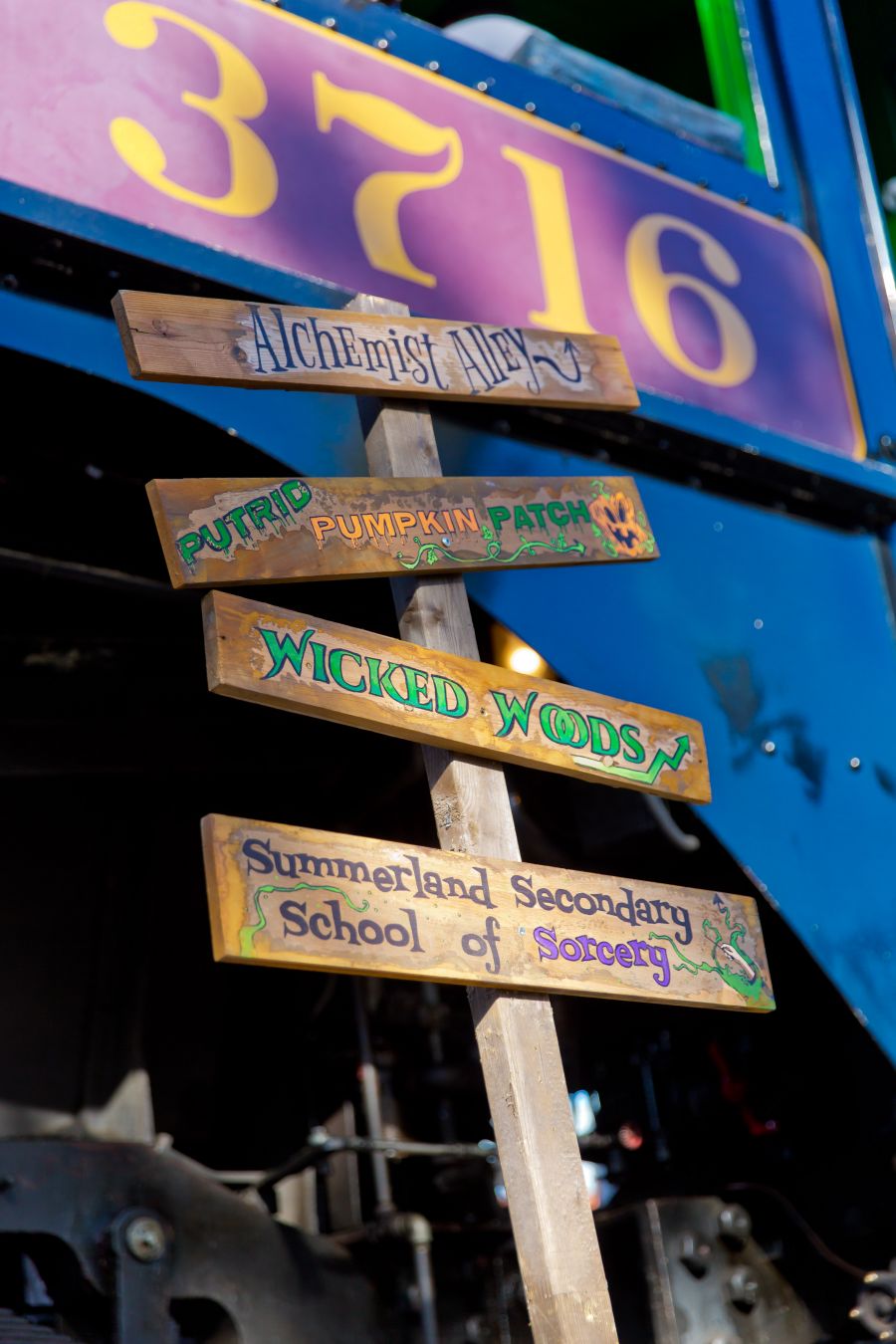 "If people couldn't get tickets for the train rides," said Pescada this morning, "once each train leaves the station we'll be opening up the Magical Village (Alchemist Alley, Wicked Woods, Putrid Pumpkin Patch, Summerland School of Sorcery) for anyone to walk through."

And that leaves just one question. Will 2022 be the best-ever Halloween event on the KVSR? It has, after all, hosted a bunch of them over the years. But this is the first with Pescada, who has a penchant for taking spooky to the next level. 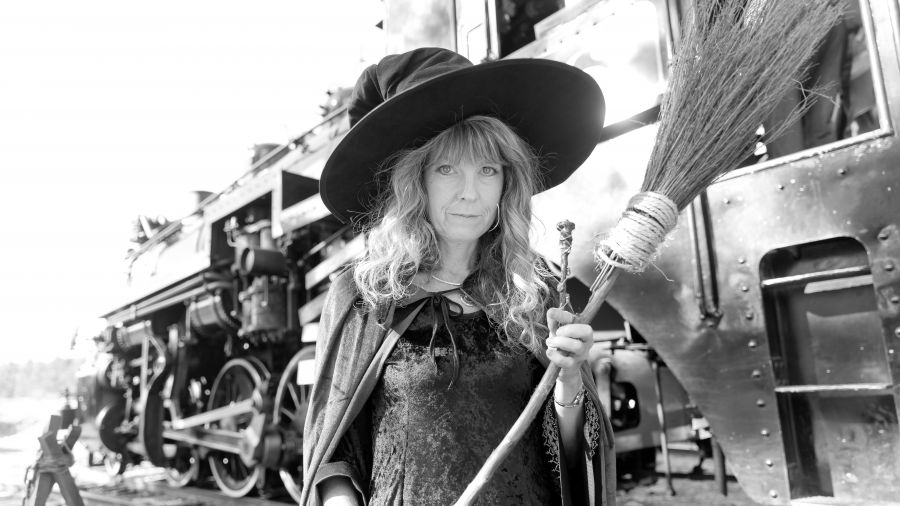 "In February," said Pescada, "Julia (Belmonte, KVSR business manager) contacted one of the teachers at the high school about a grad fundraiser. And she contacted me. And when I heard it would be a haunted train, even though I don’t have kids in school anymore, it was an opportunity I couldn’t pass up."

The Hogwarts take-off came to her, she added, in the middle of the night. She's altered names and terminology to steer clear of copyright issues, but otherwise it looks like it'll be a wonderful facsimile.

"I made everything," she said. "I made the magical creatures, I made the plants in the botanical class, I made 16 storefronts. I've been working on it for eight months." 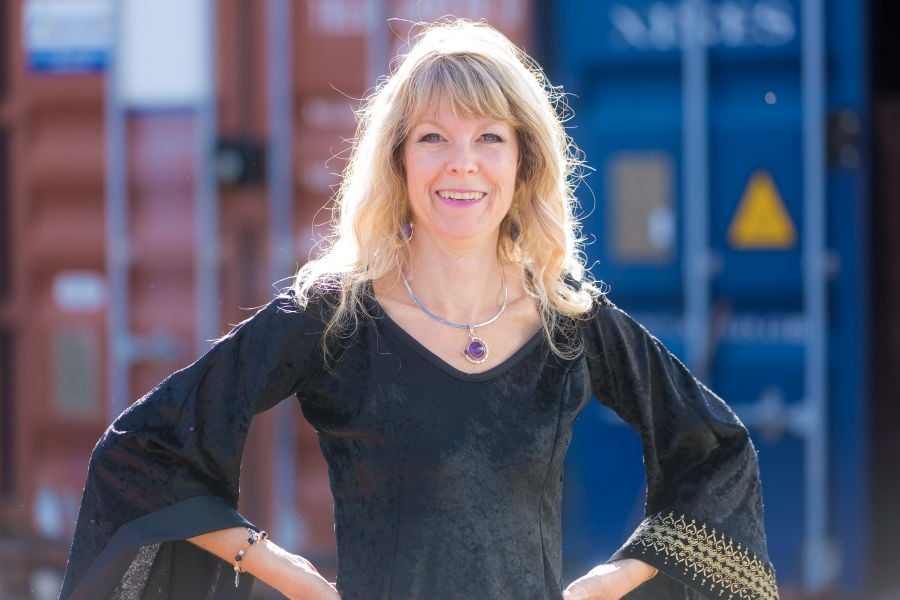 And now in just one more month, she'll get to see it all come to fruition. Haunted fruition.

For more information on the only tickets still available, to the Magical Village Walk-Through, call 250-494-8422.