A recent survey conducted in B.C. shows that there is a greater need for access to child care spaces for families and the $10 a day plan is just the first step.

The survey by Insights West has two key findings; that the government increase affordability and access to these child care spaces. The federal government’s decision to increase the monthly taxable Universal Child Care Benefit (UCCB) payment from $100 to $160 is regarded as beneficial by 62 per cent of British Columbians. Even fewer (50 per cent) perceive benefits in the provincial government’s introduction of a monthly $55 tax credit for families with young children. 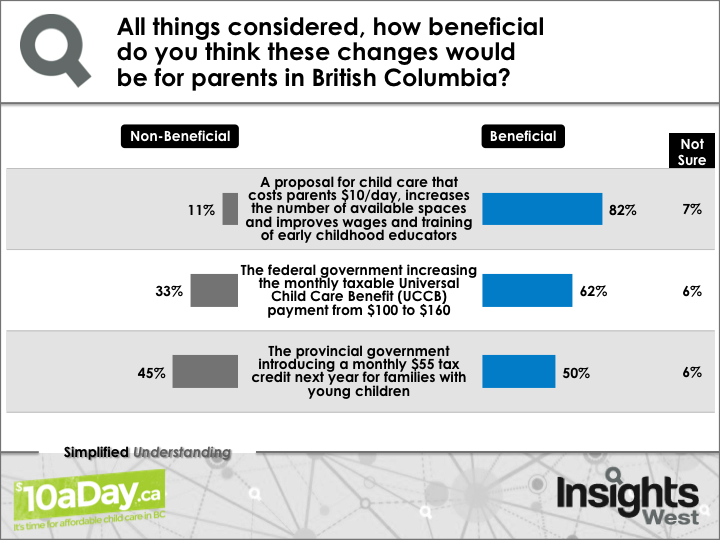 “British Columbians do not regard the new provincial tax credit as the solution to child care,” said Mario Canseco, Vice President, and Public Affairs, at Insights West. “The public ideologically and pragmatically is more supportive of a scenario that would make more child care spaces available to any British Columbian who requires them.”

According to the survey, three in four BC residents support the $10aDay proposal, including 83 per cent of those who had recent experiences in child care. 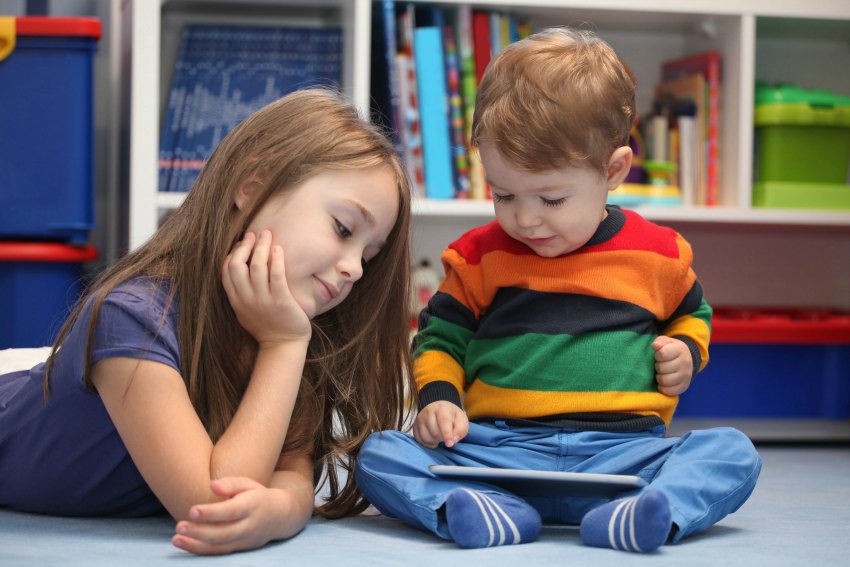 “This poll shows the provincial government that voters are ready for the $10aDay Plan to be implemented,” said Sharon Gregson, Spokesperson for the Coalition of Child Care Advocates of BC. “Children are a non-partisan issue and the child care crisis is one this government can fix now, so we can see more mothers able to work to support their families, more children having access to licensed quality care, as well as increased revenues for the government.”

The proposed $10aDay plan was first released by the Coalition of Child Care Advocates of BC and the Early Childhood Educators of BC in April 2011 as a way to meet the needs of families with children. A total of 64 per cent of British Columbians believe it is better to fund services in order to allow parents to have opportunities to enroll their children in child care facilities. Only 22 per cent of residents think it is better to provide cash for parents, so they can make a decision on how to allocate the funds for their children.