A 34-year-old Sicamous man is dead following an avalanche in the Morton Lake area of the Owlshead Mountain Range.

The Sicamous RCMP received a call about an overdue snowmobiler on Tuesday, March 8th at 2:20 a.m. The man was last seen Sunday afternoon and was expected to return by Monday evening from his solo outing.

A ground and air search was launched by the Shuswap Search and Rescue team at first light but they were unable to locate the man. 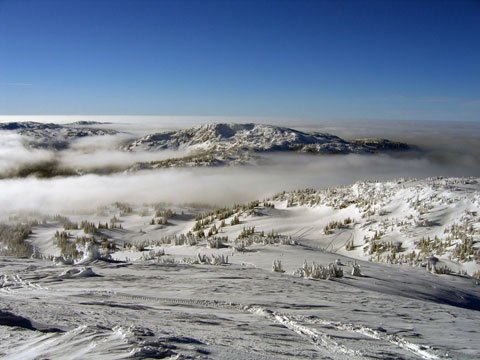 “It was known that the man was carrying both a GPS spot beacon device and a transceiver receiver,” said RCMP Cpl. Dan Moskaluk in a media release. “Hampered by poor visibility, the air search was short, however successful in locating a fresh avalanche slide and a single snowmobile track.”

The Sicamous RCMP was able to obtain a pinged location from the GPS device, which led searchers to the fresh avalanche location near Skinny Ridge by Morton Lake.

A Ministry of Highways Avalanche technician was called in to properly assess the risk to ground crews before they attempted to recover the man’s body. The man was located and his body airlifted from the area.

The man’s name has not been released pending notification of next of kin.