BC club hands out cocaine, meth and heroin despite Health Canada rejection

Organizers of a Vancouver compassion club say they will continue to distribute tested cocaine, heroin and methamphetamine despite a rejection from Health Canada, calling it the only way to save lives in the face of a toxic drug supply.

Eris Nyx, co-founder of the Drug User Liberation Front, said regulating the illicit supply is the answer to stopping drug toxicity deaths, which have topped 10,000 in British Columbia since the province declared a public health emergency more than six years ago.

"These people are our friends, our community members, people we love, people we care about very deeply and we're losing them every day. And the driving cause of these deaths is the deregulated and unpredictable illicit drug market," Nyx said Wednesday.

Nyx spoke at a press conference marking International Overdose Awareness Day, saying the groups are also seeking a judicial review of the Health Canada decision on the basis that it didn't consider Charter rights to life and equality. 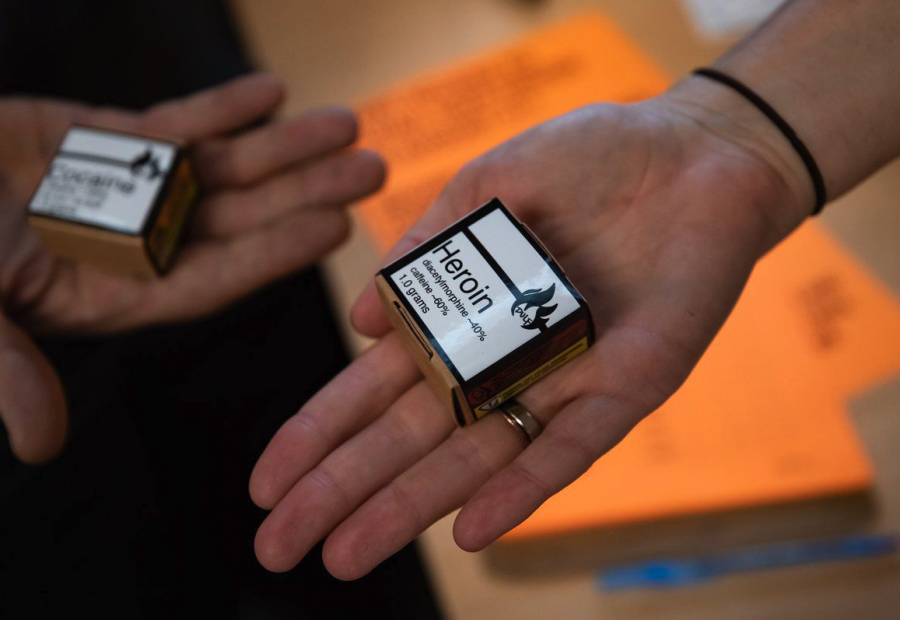 DULF and the Vancouver Area Network of Drug Users requested the temporary Criminal Code exemption from Health Canada to operate a compassion club model for hard drugs last year and it was rejected July 29.

Nonetheless, Nyx said the Cocaine, Heroin and Methamphetamine Compassion Club and Fulfilment Centre has operated for one month, distributing 201 grams of drugs with no overdoses or deaths.

The group is pursuing a "do-it-yourself" model of community regulation that Nyx said could be scaled up across the province.

"What we have is a failure of the regime of prohibition. And that failure does not make it a criminal issue or a medical issue, that failure makes it a political issue," Nyx said.

Health Canada said in a statement that it rejected the exemption application because it would have allowed the purchase of illegally produced controlled substances from illegal vendors.

"Supplying drugs from illegal vendors is not a viable option for advancing the objectives of the (Controlled Drugs and Substances Act), namely the protection of public health and the maintenance of public safety," it said in a statement.

The federal government has invested $73.5 million to support 25 safer supply pilot projects, in BC, Ontario, Quebec and New Brunswick. It's working to learn from experts and people with lived experience, it said.

"There is a consensus that there is no one solution to address the overdose crisis. Safer supply pilot projects are one of the many important tools to help save lives."

However, the authorization of purchases of controlled substances over the dark web is not under consideration, it added.

Last year was the worst year on record for opioid-related overdoses in Canada, with about 21 people dying every day, Health Minister Jean-Yves Duclos and Carolyn Bennett, minister of mental health and addictions, said in a separate statement.

"Still more needs to be done to protect the health and safety of Canadians," their joint statement said.

"We remain committed to reducing stigma and continuing to work with all levels of government, people with lived and living experience of substance use, stakeholders, and organizations in communities across Canada to help prevent overdose, save lives, and help all people in Canada live their healthiest lives."

British Columbia is set to become the first province in Canada to decriminalize the possession of small amounts of hard drugs in January, after receiving a temporary federal exemption in May.

It means those 18 and over will not face criminal penalties for possessing a total of 2.5 grams of opioids, cocaine, methamphetamine and MDMA, also known as ecstasy.

However, speakers at the virtual press conference Wednesday said the amount is insignificant and means those who work to distribute safe supply will still be criminalized.

Fred Cameron of SOLID Outreach Society in Victoria said the skyrocketing deaths since the 1990s show the problem is with the supply.

"What's different about then and now — there was not better abstinence supports or better consumption services. The dope was not poisonous," he said.

People will always use drugs, he said, so the priority should be ensuring the drugs are as safe as possible.

The press conference was one of many events across BC and Canada acknowledging Overdose Awareness Day. Metro Vancouver landmarks were set to be lit up in purple to mark the day, while lost lives were to be memorialized at Holland Park.

Sheila Malcolmson, British Columbia's minister of mental health and addictions, issued a statement saying it was a day to mourn with families and friends who have lost loved ones.

"That loss is shared by peer workers, paramedics, firefighters, police officers and all those on the front lines of this terrible crisis," the statement said.

Increasing toxicity is outpacing the addition of overdose prevention services, despite an unprecedented number of new treatment and harm-reduction services, it said.

The BC Civil Liberties Association called for the full decriminalization of all drug possession for personal use, as well as the sharing or selling of drugs for subsistence, to support personal drug use costs or to provide a safe supply.

The Union of BC Indian Chiefs noted that First Nations people were 5.4 times more likely to fatally overdose than others and said the crisis is a symptom of unaddressed, long-term problems.

"We call for safe and affordable housing, mental and physical health systems free from racism and discrimination, accessible socio-economic services to support people in crisis, and a full spectrum of culturally appropriate substance-use services to meet the needs of all people who use drugs," Grand Chief Stewart Phillip said in a statement.