When Danil Banilevici called his wife at work to tell her some life-changing news, she was a little worried at first.

It’s unusual for the New Westminster resident to call her on the job, so she assumed the news was going to be bad.

It was anything but bad, however, as Banilevici was letting her know that he had just won a $1-million Maxmillions prize from the Lotto Max draw on Sept. 23. 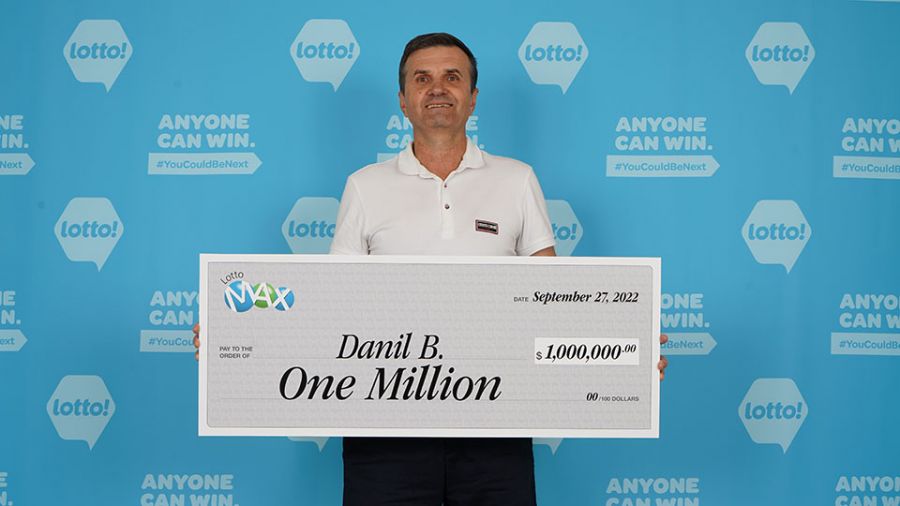 “I was most excited to share the news with my wife,” he explained. “I told her I have to tell her something – I won the lottery! She didn’t believe me when I told her I won $1 million.”

Banilevici said he checked his ticket at an Esso in New Westminster while filling up his vehicle and thought he was dreaming when he saw the numbers come up on the self-scanner.

He now plans on purchasing his dream home with the funds and will be taking his family on a tropical vacation.

As for how it feels to win a seven-figure sum playing the lottery?

“I feel like a weight has been lifted off my shoulders,” he explained. “I feel relaxed, at ease.”

The winning ticket was purchased at the Shell gas station on 200 Street and 86 Avenue in Langley.