A $1,000 reward has been offered after a beloved family dog died in appalling agony when it ate strychnine that had been planted on a trail in British Columbia.

A raccoon corpse and meat pile were found laced with the lethal poison – which is illegal to use in B.C. – in Kitchener, near Creston.

On March 23, Topaz the German Shepherd was enjoying a run with her owner, Andrew Stolz, when her back leg seized and she fell. 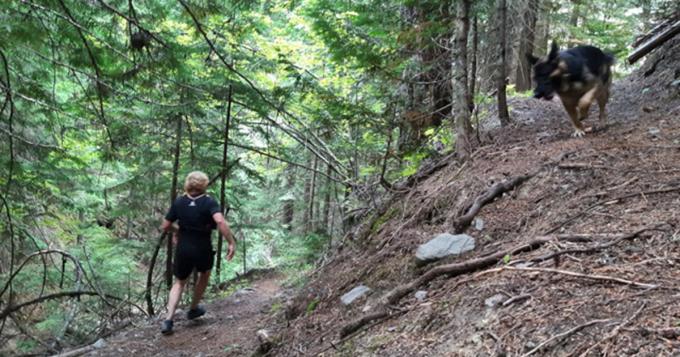 Stolz did his best to help Topaz but she died an “excruciating death” as he held her in his arms, non-profit The Fur-Bearers said.

Another dog is also believed to have been poisoned by the same strychnine, but survived thanks to emergency intervention.

“Strychnine is a horrific way for an animal to die, and it is illegal for use in British Columbia,” said Michael Howie, spokesman for Fur-Bearers.

“This was poaching. This was a crime that someone committed knowing full well that they would cause suffering to any animal who came [and] ingested the bait.

“We know the people of British Columbia oppose this – and we hope that this reward will help prompt those in the community [to] come forward with information that will lead to justice for Topaz and any other animals who were inhumanely killed.”

The exact trail was not named by the charity.

Anyone with information is asked to call investigators through the Report All Polluters and Poachers (RAPP) line at 1-877-952- 7277.