‘Flood risk remains high’: BC snowpack 165% of normal due to delayed melt

As warmer, more seasonal weather starts to grip British Columbia, the snow will start to melt from the province’s highest peaks.

But that has not happened yet with the rain and cooler temperatures we’ve seen so far this spring and that is reflected in the June 1 snowpack numbers.

According to the BC River Forecast Centre, the provincial snowpack has increased to 165% of normal over the past two weeks, up from 128% in mid-May. 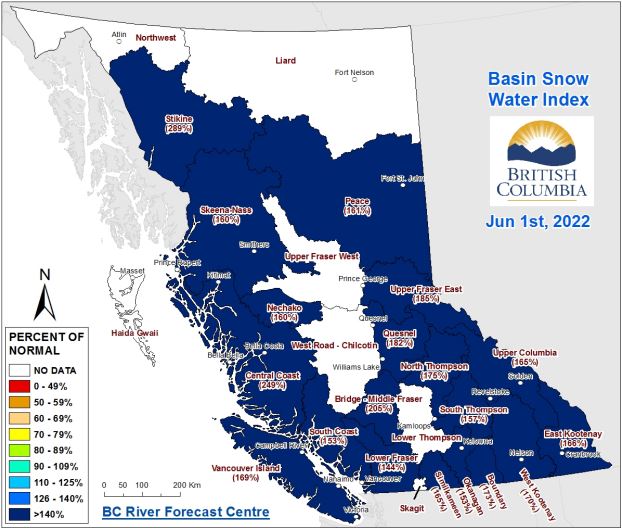 Typically by June 1, around half of the accumulated snowpack has melted, but the cooler weather in April and May has delayed the melt by two to four weeks.

“Snowpack across all automated snow weather stations has only melted approximately 19% on June 1 compared to peak snow accumulation,” explained the BCRFC, noting that peak accumulation happened on April 28.

There isn’t a single snowpack around BC that isn’t above normal, as they all range between 144% and 289% of normal.

“These large snow basin numbers reflect a delay in melt, and not continued accumulation of snow from peak levels,” the BCRFC noted.

“Flood risk remains high due to the delayed melt of the mountain snowpack throughout the province.” 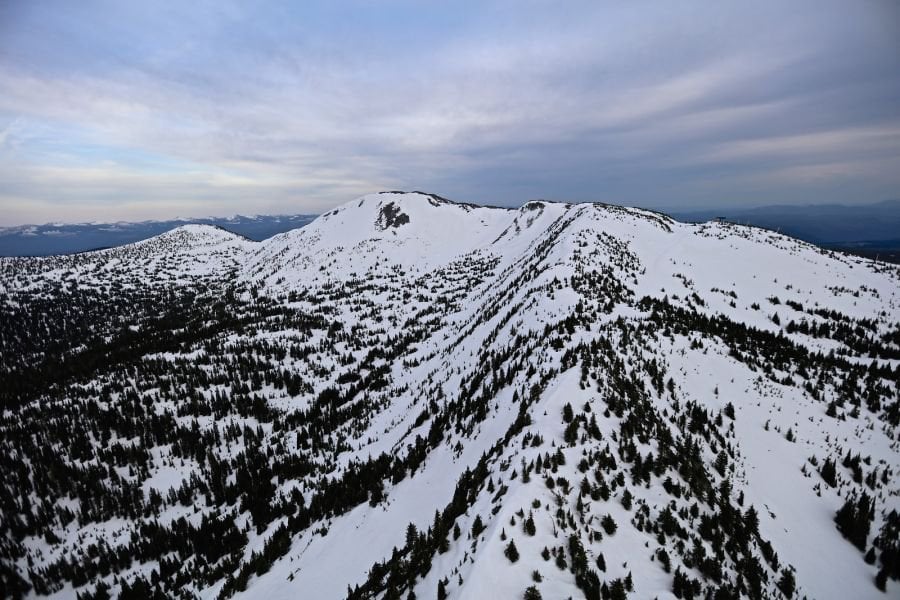 However, as the centre always stresses, snowpack is only one factor related to freshet flood risk.

“Weather conditions through June and July will determine the timing, magnitude and rate of snowmelt, and heavy rainfall events can exacerbate the situation.”

Regions like the Upper Fraser, Cariboo Mountains, North Thompson, South Thompson, Lower Fraser, Upper Columbia, Kootenays, Similkameen and northern regions of BC are all at relatively high risk of flooding due to snowpack.

Other Interior regions like the Okanagan, Nicola and Peace remain at risk to extreme rainfall events, the BCRFC warns.

The upcoming weather forecast predicts seasonal to below seasonal temperatures through the province and continued unsettled conditions.

While the gradual warming, as opposed to a lengthy heat wave out of nowhere, is a positive, the potential for more heavy rain is certainly worrisome for many areas of the province.

To see the entire June snowpack report from the BCRFC, click this link.