A gigantic 30-foot tall version of the Monopoly mascot Rich Uncle Pennybags was inflated in Victoria on Wednesday.

However, unlike the classic board game, the mascot’s presence on the lawn of B.C.’s legislative building was for neither fun or games.

The Canadian Taxpayers Federation was behind the elaborate stunt, that they say symbolizes a protest against a “government-forced” car insurance monopoly. 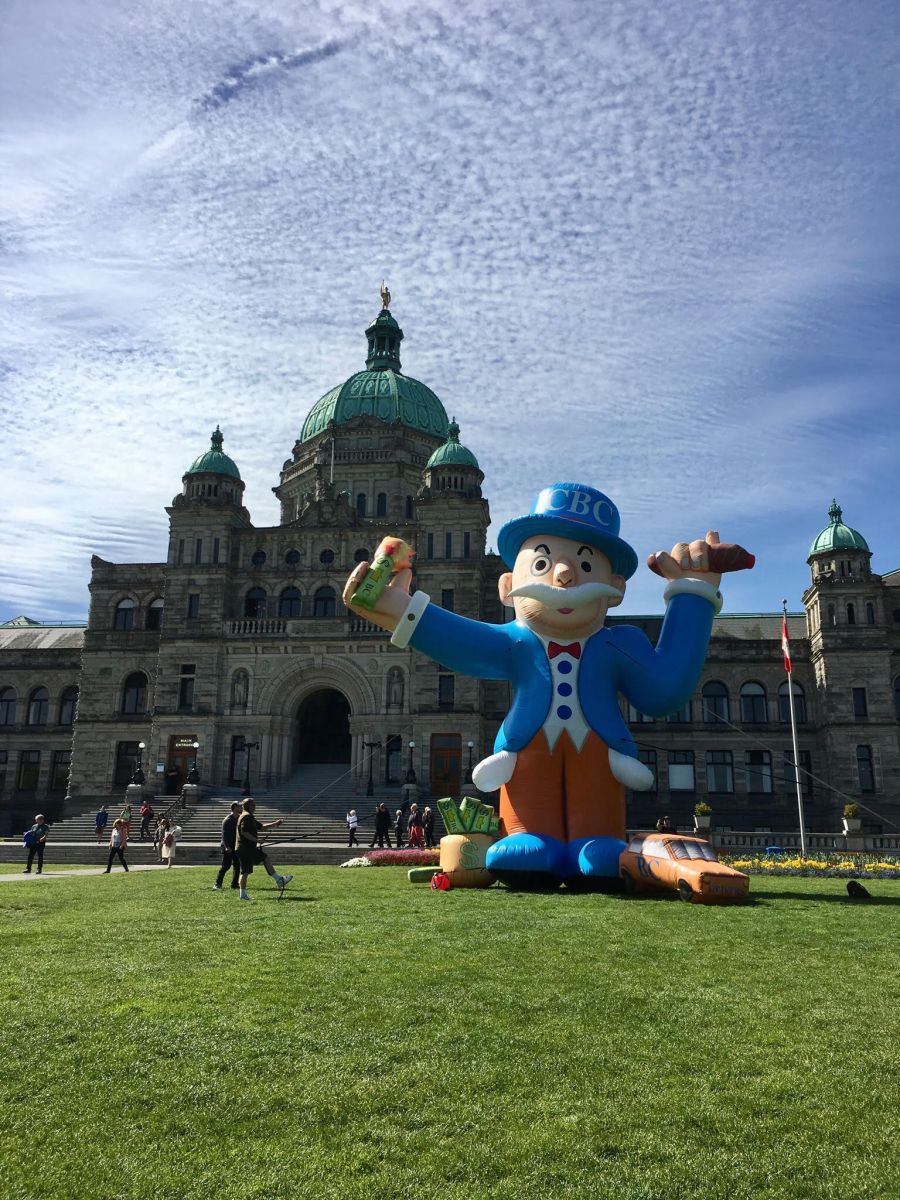 "Our ICBC monopolist balloon is a symbol of this high-cost, no-choice, bloated, nearly insolvent insurance corporation and we’re making sure politicians get the message," stated the group in a Facebook post.

“B.C. drivers are already paying the highest gas prices in North America and this high-cost ICBC monopoly just increases the pain – it’s time to give drivers a choice and let them save money." 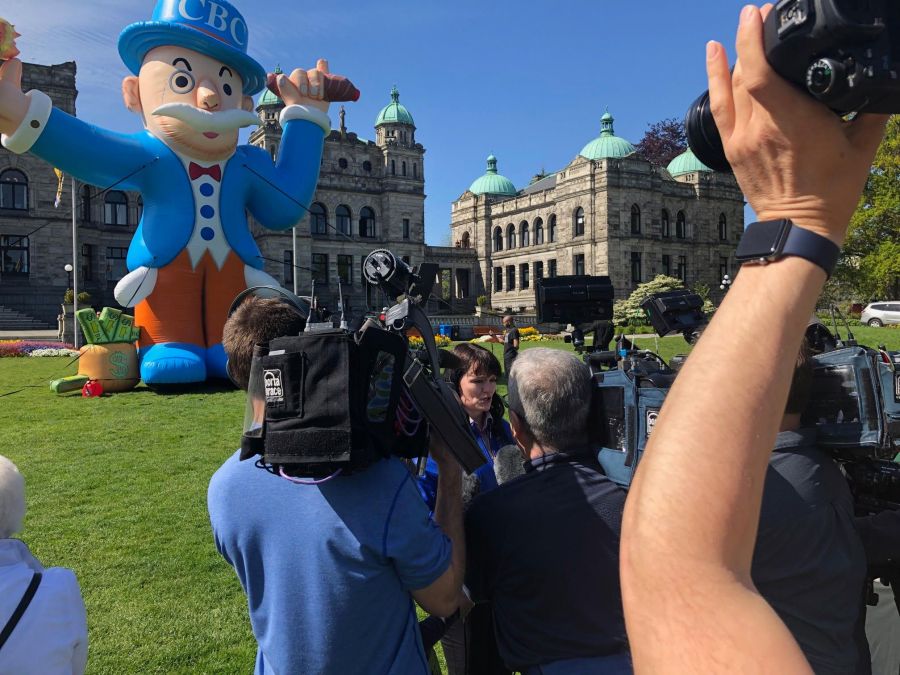 According to a recent study by the Insurance Bureau of Canada, British Columbians pay about 60% more for auto insurance than their provincial neighbours in Alberta.

The protest also gave the Canadian Taxpayers Federation a chance to promote a new petition aimed at ending ICBC's insurance monopoly in B.C.