House prices in BC need to fall by $452K or earnings rise to $136K for most Millennials to afford homes, study says

House prices in B.C. would have to drop by an average of $452,000 by 2030 if they were to become affordable for young people, a new study has claimed.

Alternatively – according to Straddling the Gap: A troubling portrait of home prices, earnings and affordability for younger Canadians – average yearly earnings would need to increase to $136,200.

The study focuses on people aged between 25 and 34 – broadly speaking, Millennials.

It highlights the likes of Vancouver and Toronto, but also mentions Kelowna and Victoria. 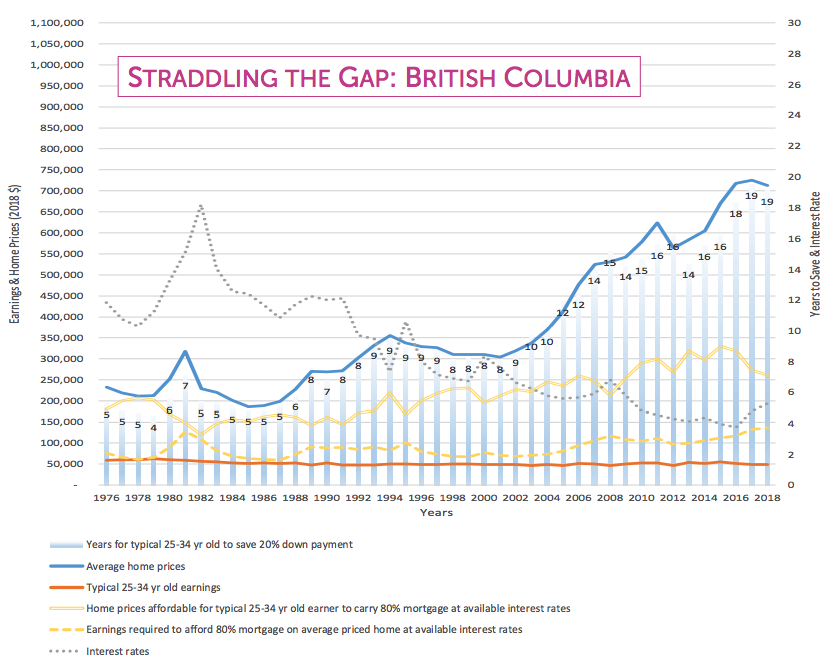 For most younger people to be able to afford a home in Kelowna, average house prices would need to fall by $239,000 – close to half of current values.

Alternatively, full-time yearly earnings would need to increase to $100,000 – about double the current level.

The study’s authors explain: “This study illustrates the state of housing affordability for younger Canadians, in every province and the major cities within them. 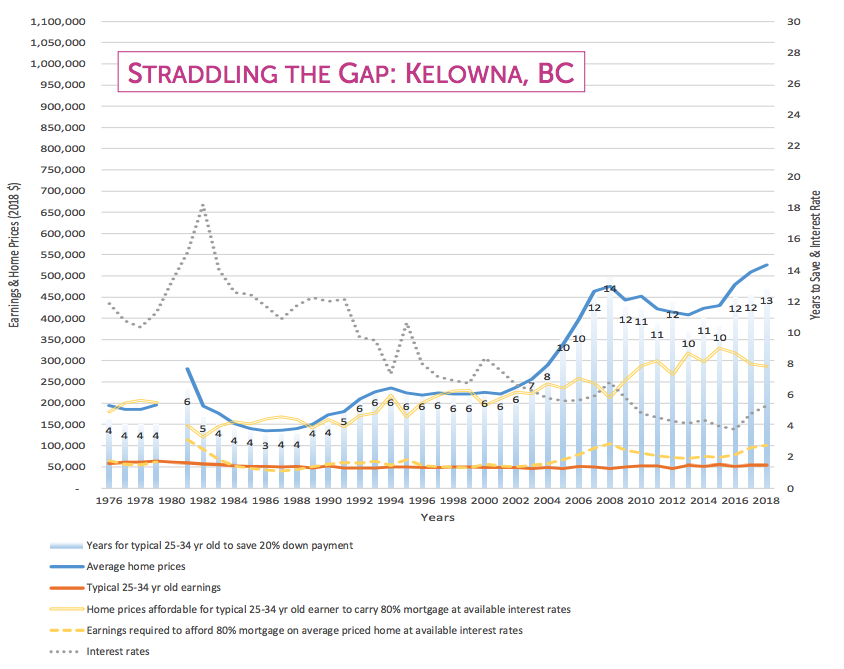 “It shows that Canadians between the ages of 25 and 34 continue to straddle a massive gap between housing prices that remain at near-historic levels in key parts of the country, and earnings for this age group that have been relatively flat, if not down, for several decades.

“Despite recent nominal declines in housing prices compared to previous years, the gap between the cost of owning a home and the ability of younger Canadians to afford it is still dramatic.”

They add: “Data in this report show that average home prices would need to drop by nearly 50% for a typical person aged 25-34 to afford an 80% mortgage on average-priced homes.

“Alternatively, earnings would need to double for this generation to afford the same home. Gen Squeeze’s analysis demonstrates that Canada’s national and local housing markets remain unaffordable for younger Canadians and newcomers.”

Among the solutions recommended by the study’s authors are:

Tue
31℃
Make Homepage Advertise with Us

Another 2 Kelowna flights with COVID-19 exposures