Indigenous leaders in British Columbia have expressed concerns over the tight timeline and lack of support in the government’s plan for old−growth logging deferrals, while they underscore the urgency of preserving at−risk ecosystems.

A panel of scientific experts mapped 26,000 square kilometres of old−growth forests considered at risk of irreversible biodiversity loss, and on Tuesday BC asked First Nations to decide within 30 days whether they support deferrals.

The province has said nations may indicate they need more time and discussions in order to incorporate local knowledge into the deferral plans, such as identifying and including old−growth forests that are at risk but missing from BC’s maps.

A 30−day time frame for such complex analysis is "totally unreasonable," Grand Chief Stewart Phillip of the Union of BC Indian Chiefs said in an interview.

In the meantime, the government is still allowing logging in the old−growth ecosystems identified as being at risk of permanent loss, Phillip said. 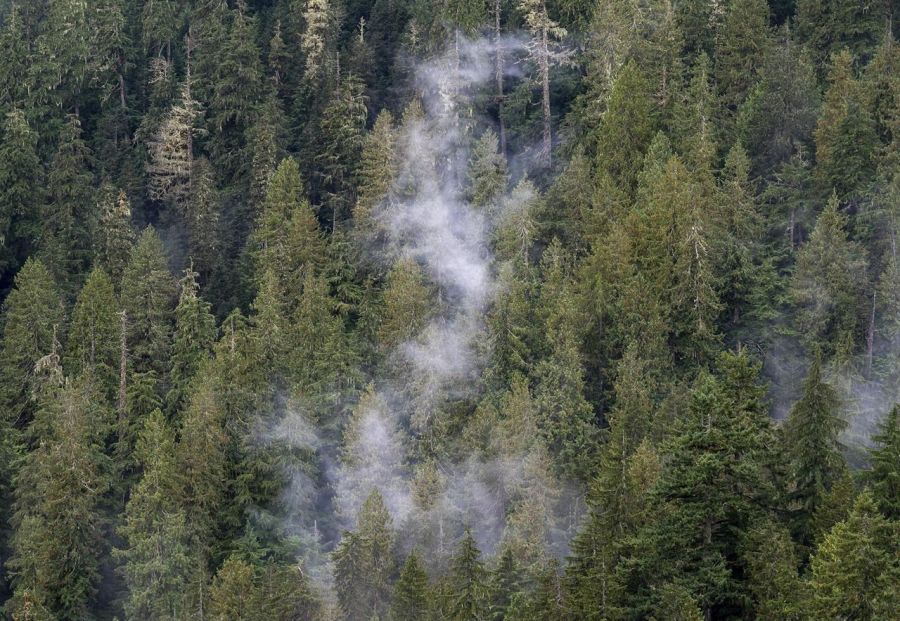 The province has stopped selling BC Timber Sales licences over the 26,000 square kilometres,Forests Minister Katrine Conroy told a news conference this week.

Any deferrals implemented through agreements with First Nations would last two years, after which the forests would either remain off limits or be included in sustainable management plans that prioritize forest health, Conroy said.

Asked about nations that may not want to stop harvesting in the areas proposed by the panel, Phillip said "the issue is not who does the logging."

"The issue is to protect, preserve and defend old−growth forest stands."

Jasmine Thomas,acouncillor with the Saik’uz First Nation, said her community is involved in forestry and they’re not asking for all harvesting to stop, but "business as usual can’t keep happening, logging can’t keep happening" in areas of at−risk old−growth while the nation works through its long−term resource management plans.

Saik’uz has conducted technical work in its territory in central BC, which has found "not only old−growth areas being diminished drastically, but also other related resources such as fisheries, wildlife and watersheds," Thomas said in an interview.

That work has also identified areas that could be suitable for harvesting to mitigate the impacts of reducing the timber supply on the forestry industry, she said.

"Mind you, we have all been aware that this decrease in annual allowable cut was going to be coming, in relation to the biodiversity crisis that we’re experiencing and issues such as wildfire, (pine) beetles and other cumulative impacts," Thomas said.

Saik’uz issued a declaration last month that free, prior and informed consent must be obtained for any logging and resource development in its territory.

While Saik’uz technicians are busy reviewing BC’s deferral plans, Thomas said some neighbouring communities are facing resource and capacity challenges. It will also take time for nations to consult their own members, she noted.

The First Nations Leadership Council, which includes the executives of the chiefs union, the BC Assembly of First Nations and the First Nations Summit, issued a statement Thursday, saying it was "extremely concerned that old growth remains unprotected today, and that the province has passed responsibility to First Nations without providing financial support for nations to replace any revenues that might be lost if they choose to defer logging old growth in their territory."

Terry Teegee, regional chief of the BC Assembly of First Nations, said in the statement "the lack of proper consultations with First Nations prior to the announcement, as well as the government’s failure to provide details on transition financing and financing for Indigenous−led conservation solutions, all point to the province’s repeated pattern of advancing a mismanaged forestry landscape that fails to uphold Indigenous title and rights, jurisdiction, and decision−making."

BC has adopted the United Nations Declaration on the Rights of Indigenous Peoples, and Teegee said the province must fully inform nations on how the deferrals would affect their communities before potentially obtaining consent.

Maps of the proposed deferral areas were shared with First Nations about a week before the government announcement, the Forests Ministry said in a statement.

"We will be working with First Nations through established forums and protocols to do this important work," it said. "For those nations that do not have these in place, staff will be reaching out to those nations to begin the engagement process."

BC’s deferral plan includes just shy of $12.7 million over three years to support First Nations through the process, but no further funding was announced.

That amounts to about $20,000 per year for each of more than 200 First Nations across BC, said Phillip, calling the funds "totally insufficient to undertake the work."

Environment Minister George Heyman was asked about the funding at a news conference in Glasgow, where he was attending the United Nations climate talks.

The $12.7 million is meant for "the initial stages of conservation planning and considering deferrals," intended not as the end of funding, but as a "signal" that First Nations would have some support, Heyman said, noting forestry is not his portfolio.