Lack of pet-friendly housing due to low supply or no-pets policies?

Pets OK BC is calling out the B.C. government for what they say is harmful rhetoric around the lack of pet-friendly housing in the province.

Pets OK BC says they are biting back after a learning of a citizen who was “lectured” by the residential tenancy branch this week after expressing concern over B.C.’s lack of pet-friendly housing. 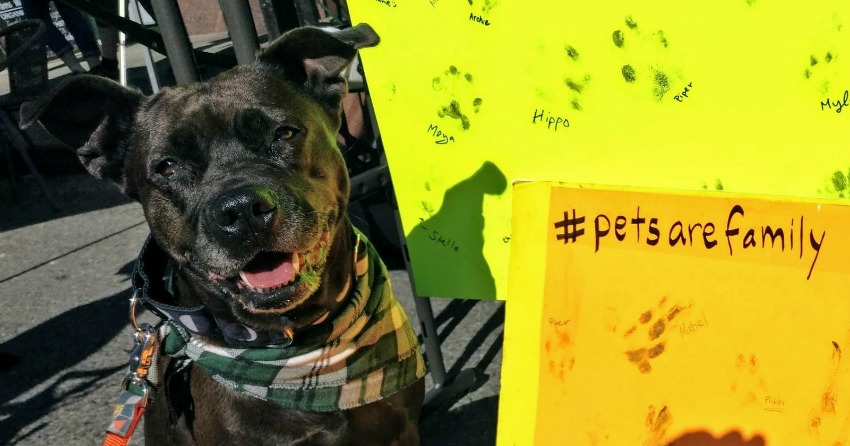 The letter sent to the citizen was written by Kathy Elder, executive director of the residential tenancy branch, and says that “supply is truly at the heart of the issue.”

“Frankly it’s rather insulting to keep hearing the same rhetoric and dismissive tone from politicians and lobbyists who are shielded from the harsh reality of the affordability crisis,” said Eliot Galán, co-founder of Pets Ok BC. “We are simply asking for reasonable accommodation for families with pets, so that landlords at least must provide valid reasons to prohibit pets.”

The letter sent by Elder goes on to say that the government is focused on increasing the supply of affordable housing in B.C., including affordable rentals. 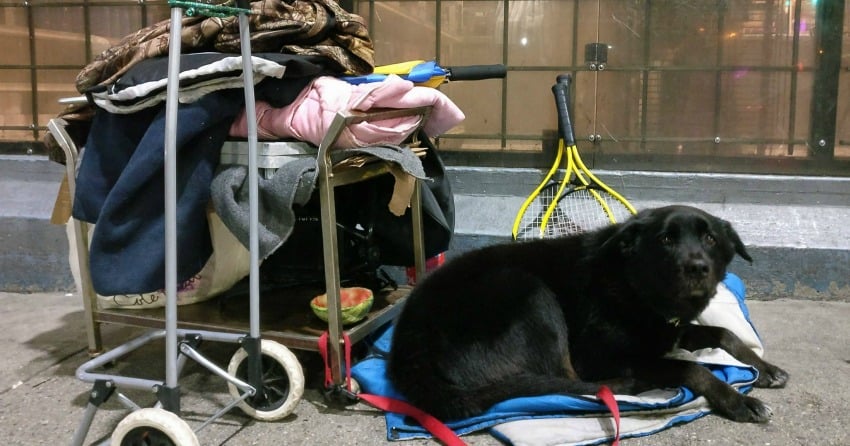 “We have set an ambitious target to build 114,000 new units of affordable housing, and as a starting point, we have allocated $208 million to build 1,700 new units in communities across the province,” Elder said in the letter.

Pets OK BC, however, says that this number will not make a dent in the housing crisis, and claims that the lack of pet-friendly housing dates back well before the current vacancy challenge.

"In 2004, Housing Minister Rich Coleman codified the notion that pets are a cause for concern, which is credibly disputed by peer-reviewed research. Coleman’s amendment has done nothing but make matters worse for families for the last 14 years," Pets OK BC said. 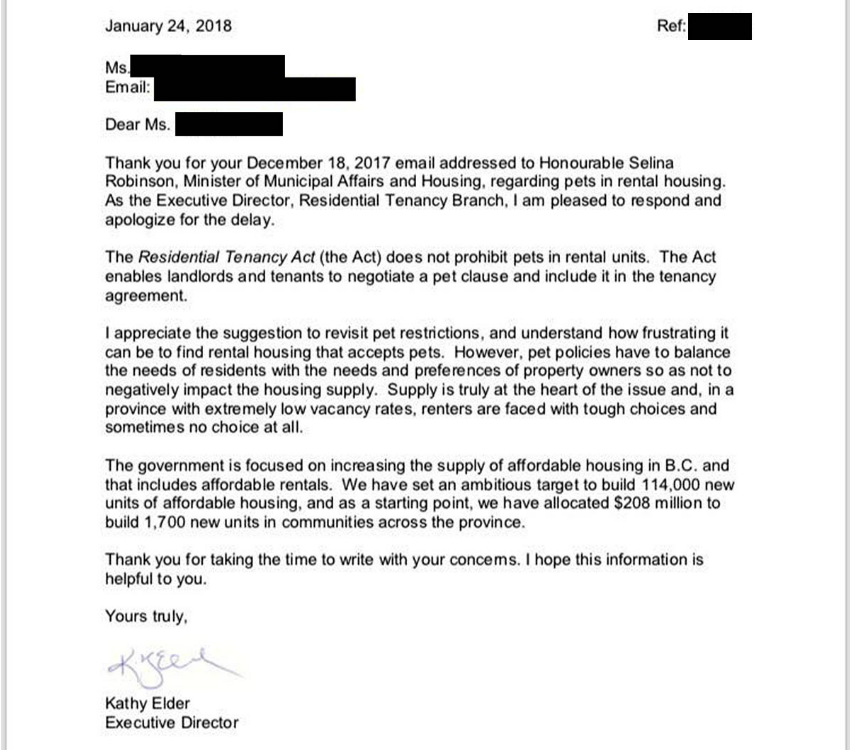 “Given that there is no indication as to how many of these units will be pet-friendly, they certainly won’t make a difference to the 1700 families forced to surrender their pets each year," Pets OK BC said.

Pets OK BC also references stats out of Ontario where no-pets policies are illegal. The Ontario SPCA reports that only 6% of animals are surrendered due to housing reasons, compared to 25% in B.C.

Jordan Reichert, organizer for Pets OK BC says the housing minister could change the legislation and “dramatically improve housing opportunities for a far greater number of B.C. residents and their pets, while also reducing the strain on shelters and rescues” without spending a dime.