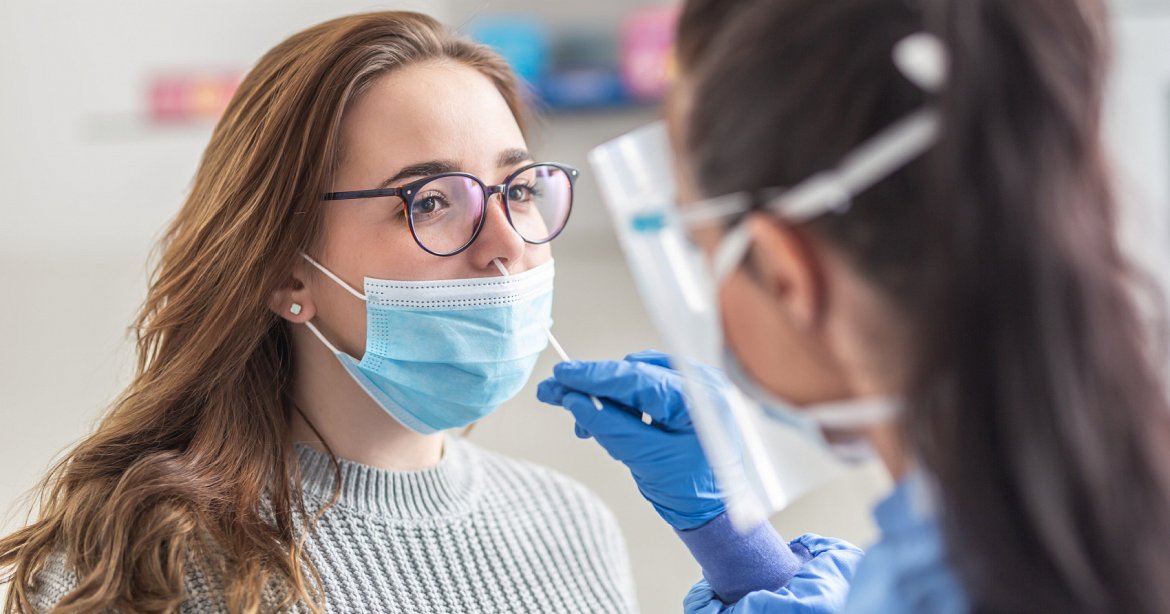 The latest wave of COVID-19 infections has likely peaked in British Columbia, the most recent modelling shows.

Health officials explained in a technical briefing this morning that transmission in the community is starting to come down and that the province probably reached its peak of cases last weekend.

However, the number of hospitalizations is still expected to rise in the coming days as Omicron continues to make its presence felt across BC.

The peak for hospitalizations, the modelling showed, should come sometime next week.

The Province admitted that some surveillance streams, particularly cases in the community, can no longer be looked at the same way due to a number of factors.

Limitations on testing and the inability to do case and contact management with Omicron’s rapid spread and shorter incubation period are the main two factors.

In fact, health officials suggested that the true number of cases in BC so far this year are likely three to four times higher than the reported numbers. 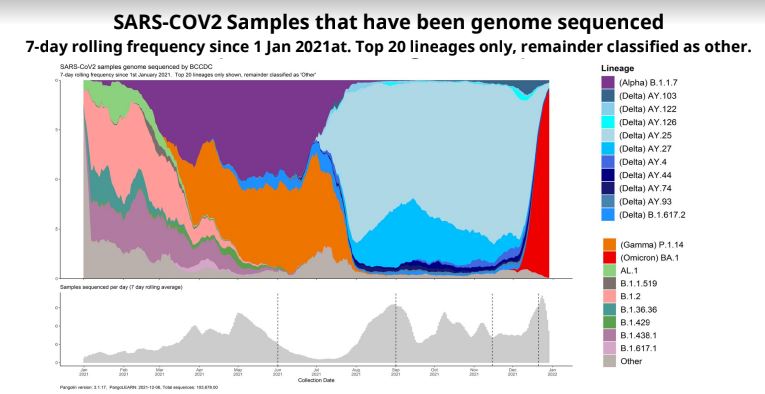 But they also explained that they are now looking at data from different streams and trying to understand both trends and the province’s current trajectory.

Hospitalization data and wastewater data are both indicators, but the Province assured that PCR testing, despite its limitations of late, still offers a more accurate look at BC’s trajectory than daily numbers.

BC’s rolling average of cases, test positivity rate and comparisons to trends in other jurisdictions are also metrics that are driving pandemic decisions at this time.

Provincial data released today compared BC’s case trajectory with other jurisdictions where Omicron has become the dominant variant, as is the case here.

Vancouver Coastal Health and Fraser Health, where Omicron established itself first within BC, are following the same trends seen in places like New York City and London.

Provincially, BC’s current trajectory also matches up with places like Florida, Denmark, the United Kingdom and South Africa, where cases shot up rapidly and are already starting to decline.

While VCH and FH are starting to see their declines already, both Interior Health and Northern Health are slightly behind on that trajectory.

Health officials expressed optimism that the general public will have a higher level of immunity after the Omicron wave than after Delta.

That’s why the Province has decided to stick with a six month wait for boosters because it offers the strongest protection. 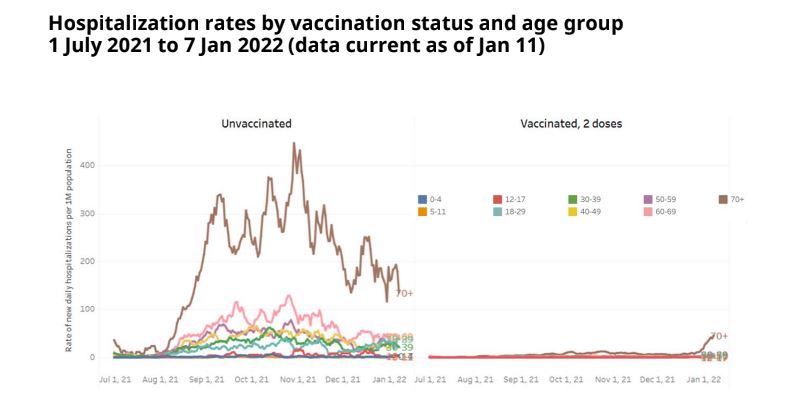 Properly-timed boosters combined with natural immunity from a barrage of Omicron cases will give people the most protection moving forward as the world begins to live with the virus.

Health officials continue to urge those over 70 to get their booster as soon as possible.