To say that the Coquihalla Highway (Hwy 5) took a beating during the first atmospheric river storm to hit British Columbia two weeks ago would be an understatement.

“This is going to be a daunting task to get that highway back to being fully operational, but I’m pleased to report that the work has begun,” Minister of Transportation Rob Fleming explained last week.

“Right now, we have over 100 pieces of equipment working around the clock to restore temporary access as quickly as possible.” 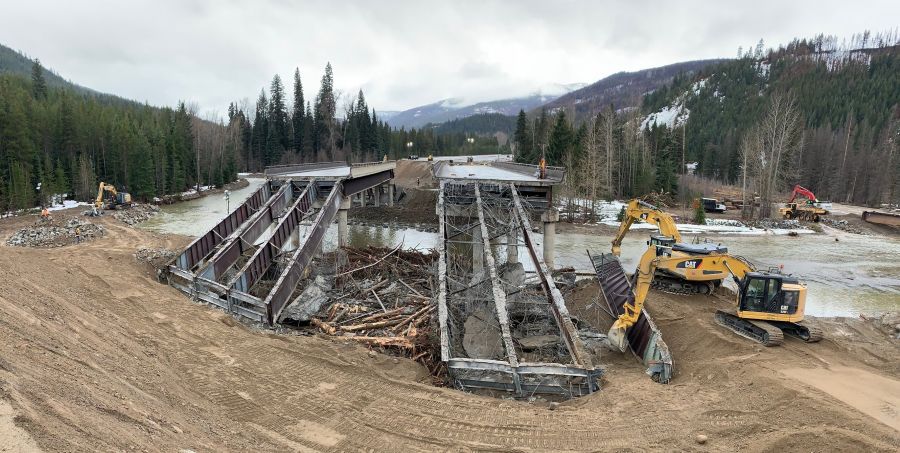 Working around the clock is not an understatement, as crews are working long hours and doing all they can to get the highway back open.

Permanent repairs will be a long-term project, but Fleming added during his briefing on Hwy 5 last week that the hope is to have the route open with temporary repairs by late January.

Of course, much like we’re seeing with Hwy 3 and Hwy 99, a late January opening would only be for essential traffic carrying commercial goods.

That is weeks away, however, and for now the focus remains on getting the vitally important highway back into service, which is a process that takes thousands of man hours.

Here’s a look at some of the work underway in various spots on Hwy 5: 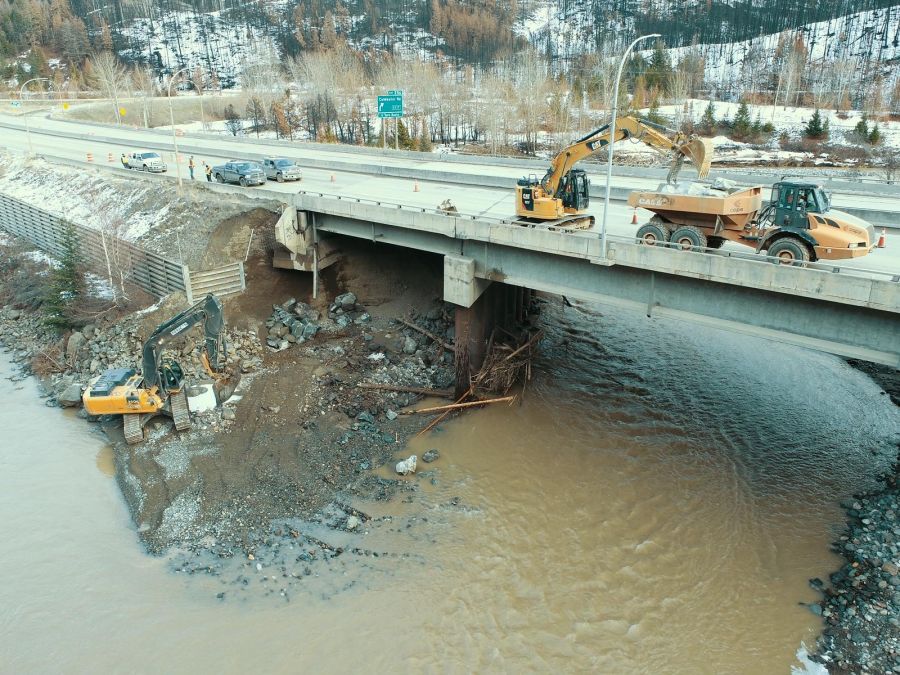 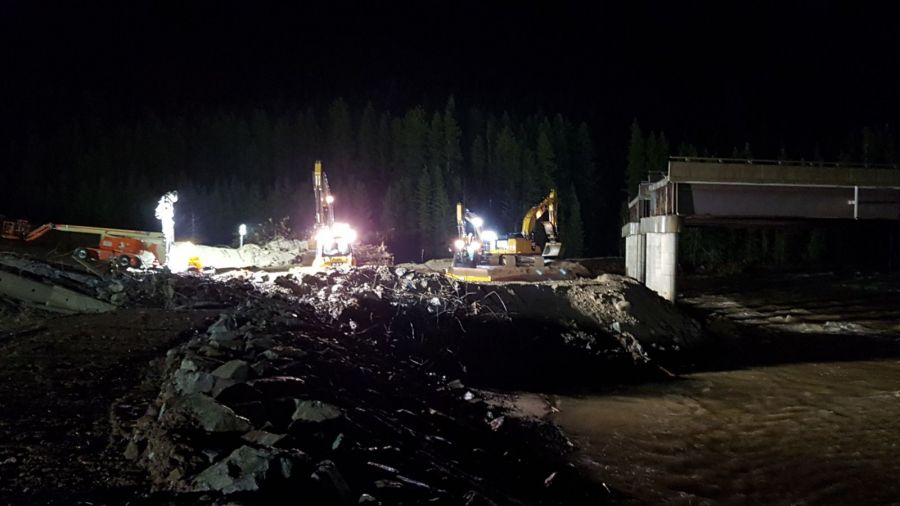 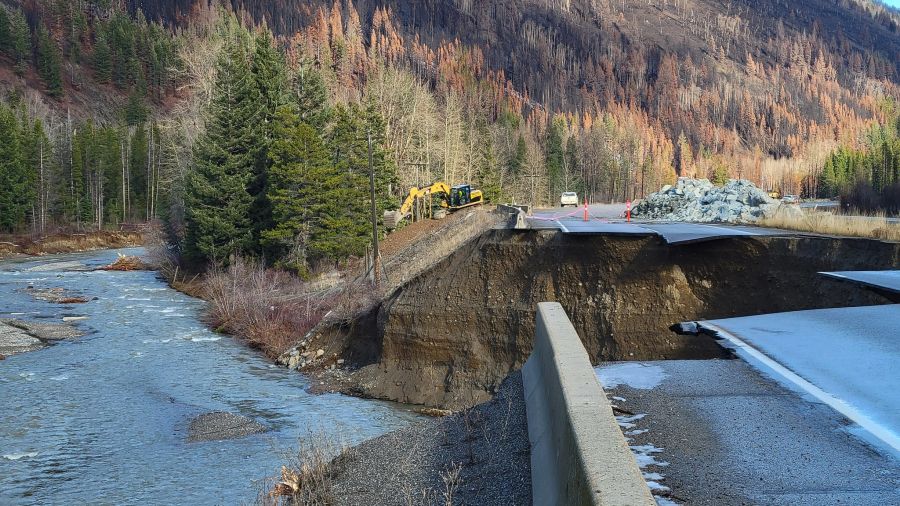 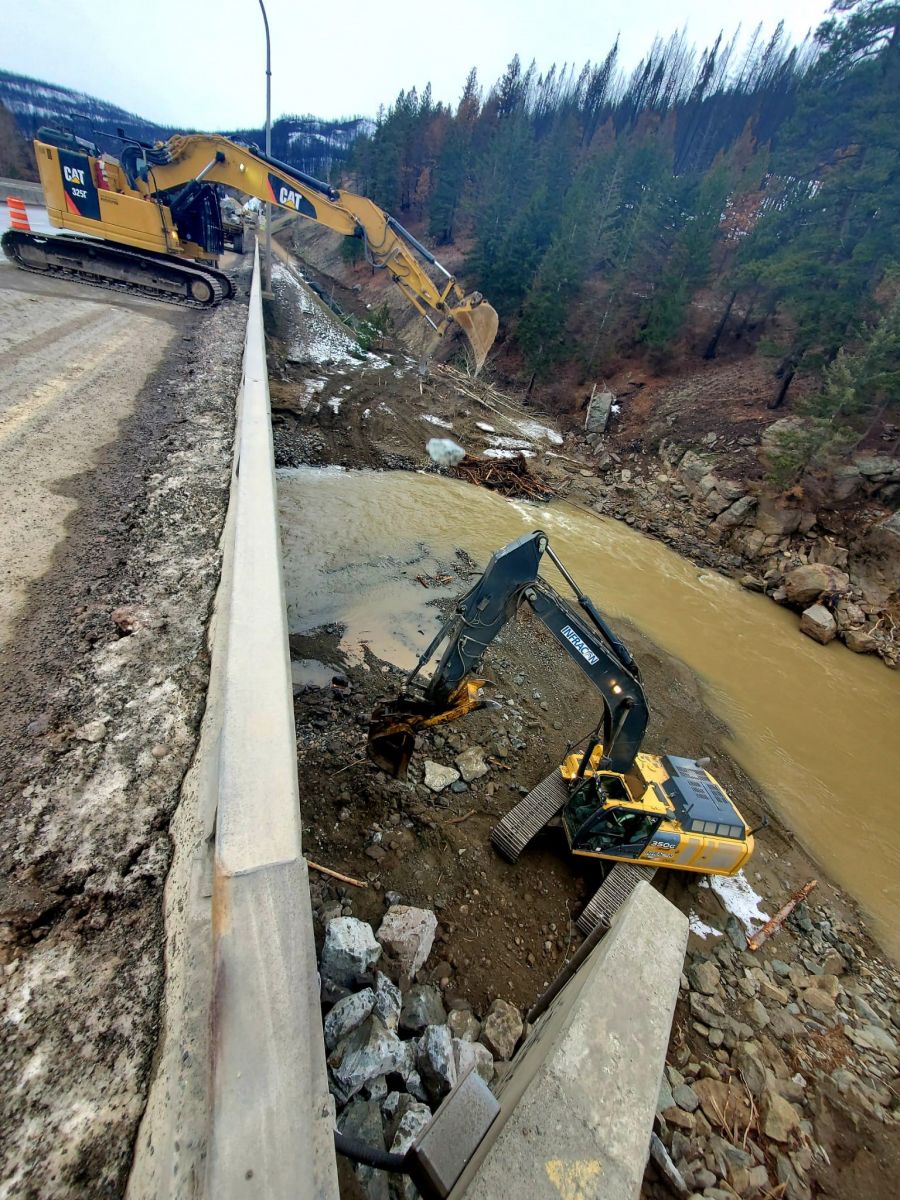 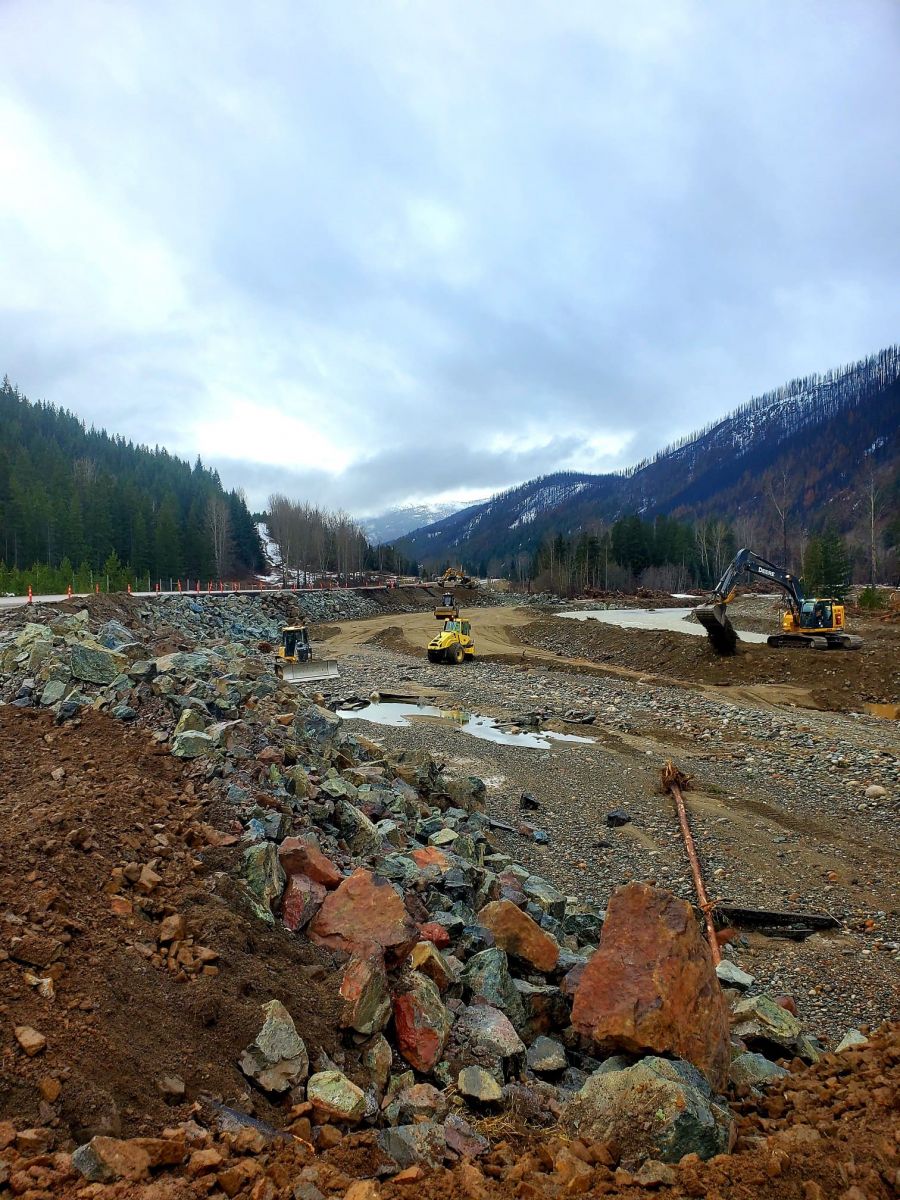 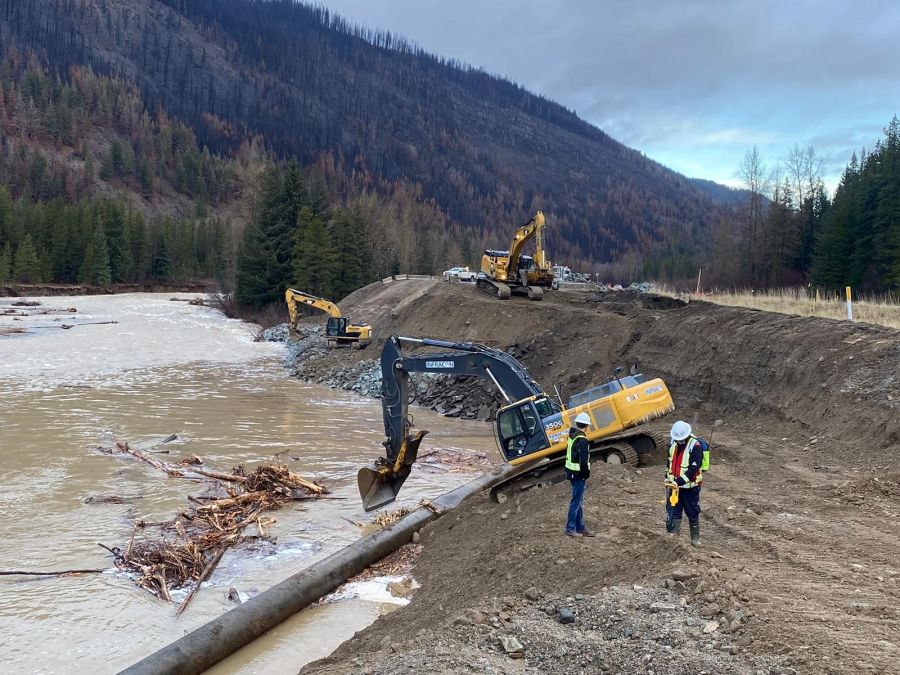 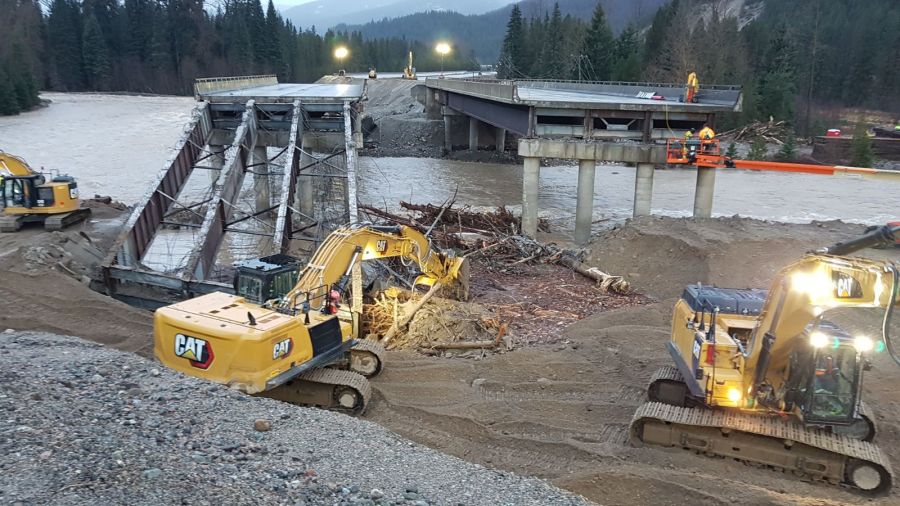 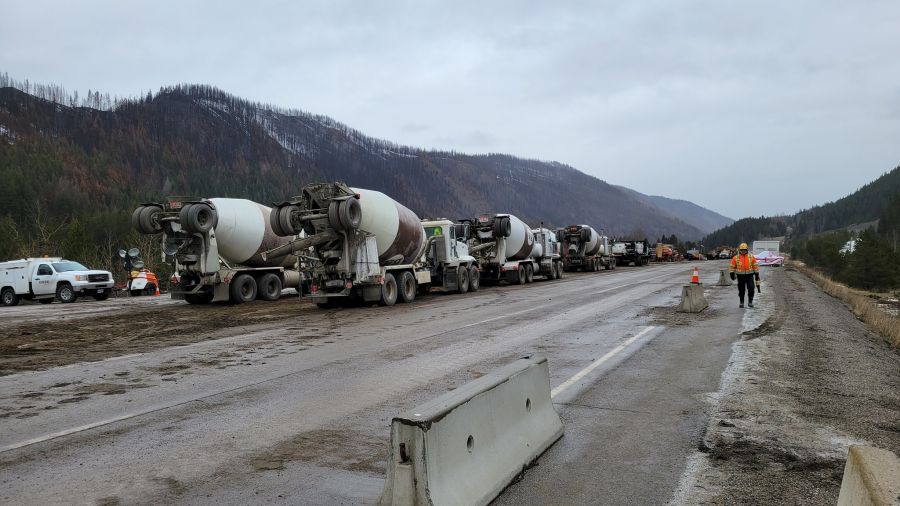