Mill site and North End revitalization will be exciting, dynamic and remarkable

The same urban planners behind Granville Island in Vancouver and the TransCanada Tower and Bankers Hall in Calgary will be part of the vision for the former Tolko lumber mill site on Kelowna's north downtown lakefront.

Vancouver-based Dialog Design will lead the community consultation in Kelowna and help plan the future of the ideally-located 40 acres.

"It's a remarkable site that requires creative planning," said Dan Walsh, the project leader for the Tolko site redevelopment.

"We don't want to get ahead of ourselves, but the vision could be an innovative combination of green space and residential and commercial uses."

Walsh didn't want to speculate if apartment, condominium and-or office highrises might be part of the vision.

The cluster of eight condominium towers along Sunset Drive is just southwest of the Tolko site and just outside the North End Neighbourhood Plan area. 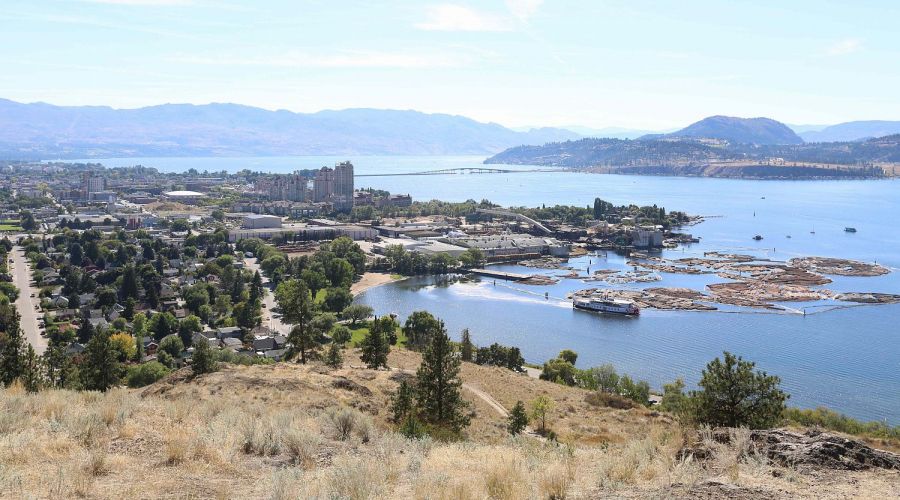 Walsh was hired by Holar Developments to lead the process.

Holar in turn hired Dialog for its expertise in planning exceptional developments based on public input.

While Tolko closed its Kelowna lumber mill in early 2020 amid an industry downturn, it still owns forestry operations throughout Western Canada, including in Armstrong, Lavington and Lake Country.

Since it was closed, the Tolko site in Kelowna has been in the process of being decommissioned, demolished and cleaned up.

While it was sad to lose the jobs and legacy of the lumber mill, it also presented an exciting redevelopment opportunity.

"It's a significant waterfront site in the heart of the community with owners who are committed to continuing the transition from an industrial past to a future destination, waterfront neighbourhood," said Walsh.

Holar has launched the KelownaMillSite.ca website to start to engage the public.

Under the 'creating a new community' caption on the website it reads: "Redevelopment of the Kelowna Mill Site presents a once-in-a-lifetime opportunity to transform this large, industrial property into a new, master-planned, destination waterfront neighbourhood adjacent to the downtown core."

Dialog has experience in doing just that.

It helped guide the redevelopment of Granville Island from a 38 acre industrial and manufacturing hub to a destination for both locals and visitors for its massive public market, hotel, restaurants, shops, theatres, artist studios, parks and playgrounds.

While the Kelowna redevelopment could incorporate some of those uses, it's also likely to have more of a residential component.

Actual construction of anything new on the former mill site isn't likely for another 18 months as public consultation is sought and plans are formulated.

Full redevelopment of the site could take years as work is done in stages in step with market demand. 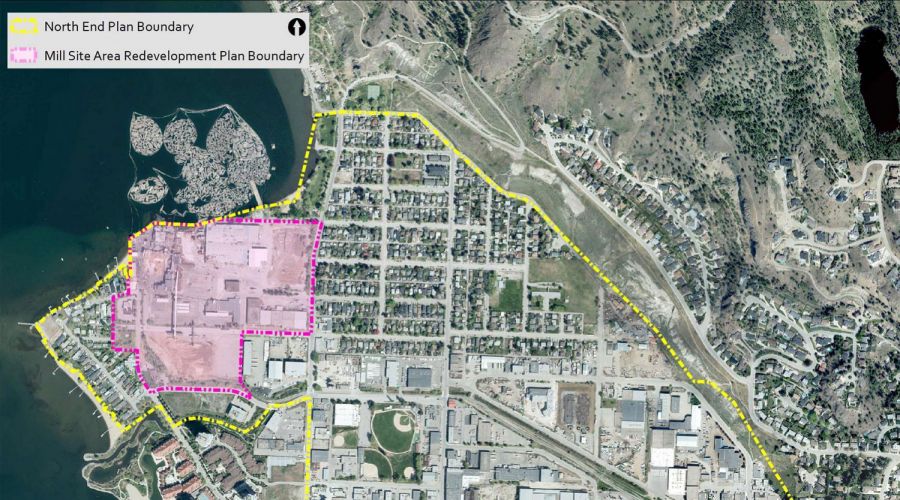 The City of Kelowna recognized the Tolko redevelopment could be part of a larger reimagining of the North End, the area of revitalization loosely bounded by Clement Avenue to Knox Mountain and Okanagan Lake to Gordon Drive.

So, the city launched the North End Neighbourhood Plan process, which will also gather public input on what the future of the area will be.

"Everything is on the table at this point," said the city's long-range policy and planning manager James Moore about the possibilities for the North End.

"We have no predetermined ideas. That's the benefit of the process, the community and city council will determine the character of the neighbourhood."

The North End is already in transition.

The area has historically been anchored by light industrial uses, streets of small post-war homes and Knox Mountain, which is a huge city park.

Over the past few years, mid-rise apartment and condo buildings and retail spaces have popped up along Clement Avenue, the Kelowna RCMP station moved from the heart of downtown to the corner of Clement and Richter Street and a brewery district has emerged with the opening of at least 10 craft breweries.

"As the North End shifts from industrial, there's a role for more residential and commercial uses supported by public spaces, parks and amenities," said Moore.

"The neighbourhood is exciting, dynamic and interesting."

The city's North End plan is expected to be a template for redevelopment over the next 20 years.