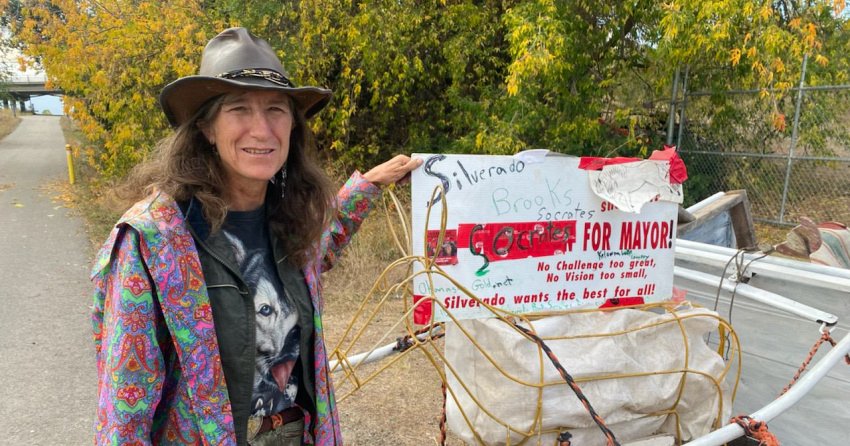 VIDEO: The one candidate for mayor who truly knows homelessness

But with election day looming she believes she can win.

In numerous attempts over the years, in elections at every level, Socrates has come up with similar results, but she still believes she has a chance.

"Absolutely," she said. "So many people are upset at the way things are going."

We met with the candidate at a piece of rural property off Hwy 97, where she keeps some horses.

She showed us her campaign chariot, which is decorated with things that have meaning for her, including a sign she used during her 1996 campaign for Mayor. 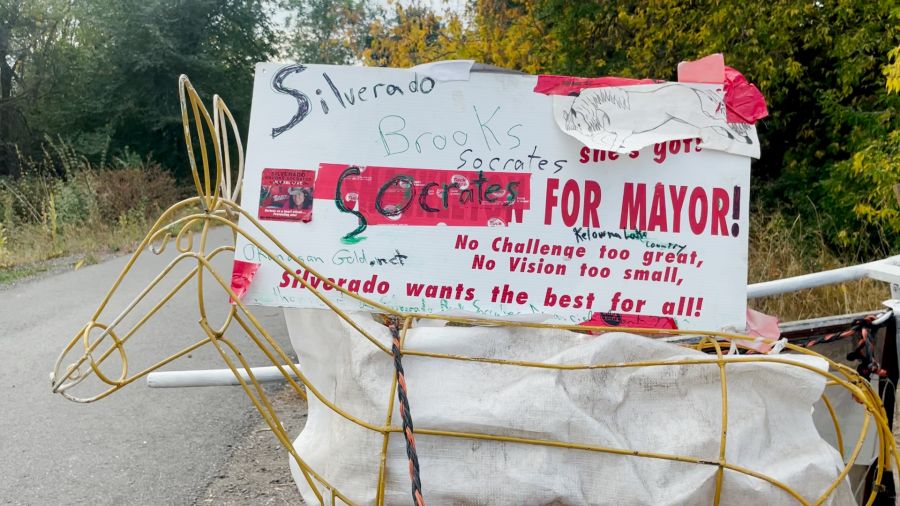 "And that was the year my dog got shot," explained Socrates.

Another point of interest on the election chariot, Prince, the dog which was shot is seated.

Socrates had him stuffed.

"Yeah, again, I'm all about stories. And he was a great dog. He was a quarter wolf, a quarter husky and half blue healer," she explained.

"He went with me everywhere."

Then there's a poster featuring a horse she used to have at her former Riding Stable operation, Mandy and Me.

"This was the original Magic, bigger than life. He used to smile for people," she said. 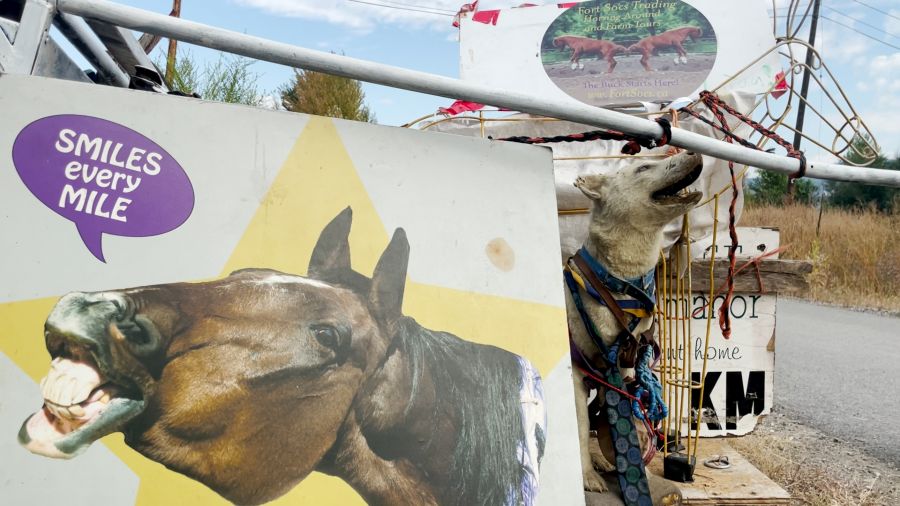 Even though she has been without a real home for five years, staying "temporarily" in an RV, Socrates still has six horses she cares for on a piece of land she doesn't own.

Socrates represented her country as a long-distance runner many years ago.

These days she likes to put her efforts into these campaigns.

She has spent $90 on this campaign.

"I'm really grateful for those people that did donate," she said. Socrates truly believes she might win this time.

"I do want to get Mayor," she said. "I think we need someone who appreciates the past."

Socrates is critical of efforts to design an autonomous vehicle that could take passengers between central Kelowna and the University campus.

She believes we'd be better off looking to the past for answers.

"The horse was the original autonomous vehicle," she said.

"I'm a firm believer that Kelowna has been putting the cart before the horse, so to speak."

You'll find Socrates on the ballot when voters go to the polls Oct. 15.

For more information and video interviews with the municipal candidates check out Kelowna Votes 2022.