VIDEO: 'This is not crazy' UBCO professor promotes rail transit link for the Okanagan

UBCO professor Gord Lovegrove failed to secure a seat on Kelowna City council in the last election, but he continues to campaign. Not for political office but for his vision. Lovegrove believes we need to be forward thinking when it comes to transportation, and that means getting serious about European-style rail transportation up and down the Okanagan Valley and beyond.

Lovegrove estimates it would take $1.5 Billion dollars to realize his vision. He admits the cost is enough to scare a lot of people off. "That's what everyone says, 'Whaaat!?' and 'can you afford it?'", concedes Lovegrove. But he said if you consider that we can spend between $10M and $20M just to add a lane to a kilometre of Highway 97, people start to listen. "So instead of $10-$20M per kilometre, we're talking under $5M per kilometre." 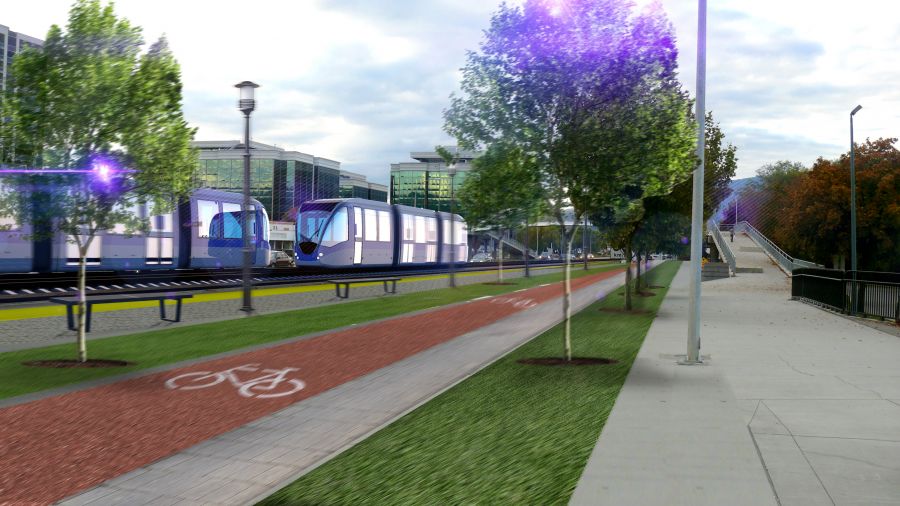 His vision is to power the trains using zero emission hydrogen with power cells made right here in B.C.. The technology is already a big hit around the world. "The Chinese are loving it," said Lovegrove. "They're taking all of the fuel cells that they can get." He says some municipal politicians are showing a lot of interest. "I've been talking about a 30 year vision. I'm now getting ostracized for not saying it's 20 years. I've got businesses saying 'Gord, 5 years!'"

Lovegrove's vision is called the Okanagan Valley Electric Regional Passenger Rail or OVER PR. It's in a discussion paper he's been sharing with municipal leaders and anyone who will listen.