Your Voice: Kelowna's motto should be changed to 'Fruitful in Mega Towers'

Kelowna was officially incorporated in 1905, with the motto "Fruitful in Unity."

According to the City of Kelowna website, the motto "alludes to Kelowna’s steady progress, largely attributable to its fruit industry and the community mindedness and cooperation of its citizens."

This motto is just too old-fashioned for the Kelowna of the 21st century. It should be scrapped in favour of the forward-thinking "Fruitful in Mega Towers," or, to riff on what the people who built the Tower of Babel exclaimed: "Building Towers Reaching To The Heavens!" (How did that work out?)

Let that sink in.

It's not the building of high rises per se that concerns me; it's that developers want approval to build so many of them close to, or on the waterfront, such as the tower trio (heights of 33 storeys, 27 storeys and 20 storeys) along the 500 and 600 blocks of Coronation Avenue.

Municipal planner Ryan Smith writes in his report to council: "The proposal, as submitted, significantly deviates from this plan" (of only 12-storey buildings). Yet Mayor Basran and city councillors seem all too eager to rubber stamp each and every developer's request.

Back in 2018, City of Kelowna planners recommended council not approve the development permits for Edmonton-based Westcorp’s 33-storey downtown hotel at 289 Queensway Avenue. City council approved the permits anyway on Feb. 4, 2020, despite planners' concerns that the building was too high and overwhelming for the waterfront property. (Construction never started due to the COVID pandemic, and permits expired after two years. In Feb. 2022, Westcorp again applied for permits.) 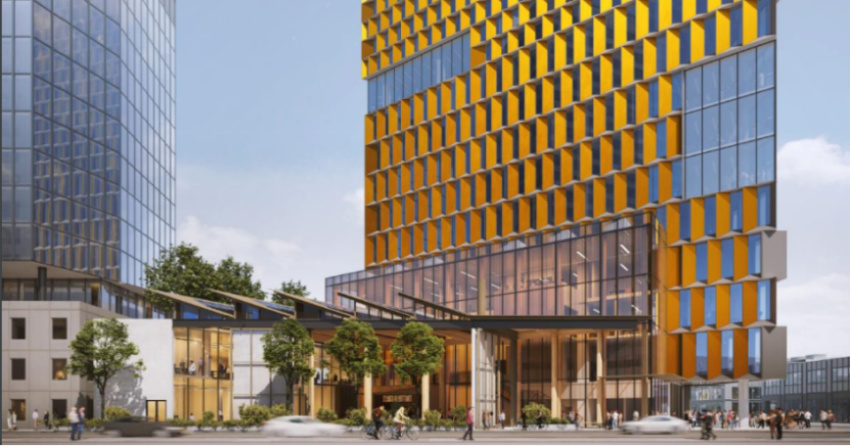 On July 26 there will be a public hearing at 6 pm regarding the proposed 46-storey UBCO tower on Doyle Avenue. The architectural plans include four storeys of underground parking. Some tenants riding bicycles won't do anything to reduce traffic congestion. The plans wouldn't have also included parking spaces for hundreds of vehicles unless they would be used. So if you think gridlock on Kelowna streets is bad now, imagine what it will be like in four to five years!

Santa Barbara (pop. 91,000) is one of America's most beautiful cities, called the American Riviera due to its Spanish Colonial Revival style architecture, world-renowned food and wine, pristine beaches and near-perfect weather. The city's aversion to tall buildings has lasted for decades. However in 2020 the Santa Barbara city council voted to let developers build high-density housing units in the downtown business district and may boost the residential height limit from 45 feet to... wait-for-it... 48 feet!

Their tallest building is the iconic Granada Building -- aka Granada Tower -- opened in 1924 (116 feet; 8 storeys). It has been able to remain the tallest building because Santa Barbara incorporated an ordinance into its charter prohibiting new buildings over 60 feet, one year after plans to build the Granada were announced.

On the National Film Board website, watch the amusing ten-minute animated film Boomsville (1968) (nfb.ca/film/boomsville) -- an ironic view of town planning, or rather, the lack of it, and what has happened to our cities as a result.

To riff on lyrics from Joni Mitchell's 1970 iconic song, Big Yellow Taxi: "They billboarded paradise and put up the mega towers."

And what about housing for the homeless, or for those at risk of losing their home? The Journey Home Strategy is the City of Kelowna's five-year plan to address homelessness. From the Journey Home website (May 10, 2022 news release): "318 new units of supportive housing introduced in Kelowna since 2018, in partnership with BC Housing and funded by the Province."

Note the phrase "funded by the Province". But during two terms with Basran at the helm (Nov. 2014 to the present) how many new units of supportive housing have been funded by the city?

She said, in part: “In many municipalities across the country we see the municipal governments donating land to Habitat, or making services and amenities available at much reduced costs. That’s not the case here and it’s something that I hope the government here will look at because it is really essential in order for us to continue building affordable housing."