Similar to last season when they rejigged their lineup several times leading up to their successful bid for a national championship, the West Kelowna Warriors are adjusting early in the 2016-17 B.C. Hockey League campaign.

The Interior Division team has announced the return of 20-year-old Scott Allan and the addition of forward Matthew Campese — both from Western Hockey League camps. 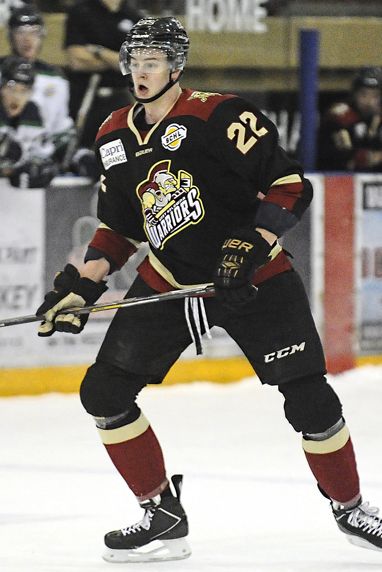 The Warriors have also acquired Braiden Epp from the Prince George Spruce Kings of the BCHL in exchange for defenceman Tyler Anderson.

Allan, a key performer for the Warriors during the run to BCHL, Western Canada and RBC Cup championships, was a late release of the Calgary Hitmen. The 6-foot-7, 225-pound rearguard from Thornton, Col. played 53 games with the Warriors in the ’16-’17 regular season. He scored five times and accumulated 21 points, while adding four assists in 35 playoff games.

“Scott was a huge part in our playoff run last year,” noted Warriors head coach and general manager Rylan Ferster, “He’s a big presence on the ice and was very good in a shutdown role last year.”

Campese is coming to the Warriors from the Kamloops Blazers. The 18-year-old Prince Albert, Sask. native has played in 95 WHL games, split between the Victoria Royals and the Blazers (10 goals and 16 assists). 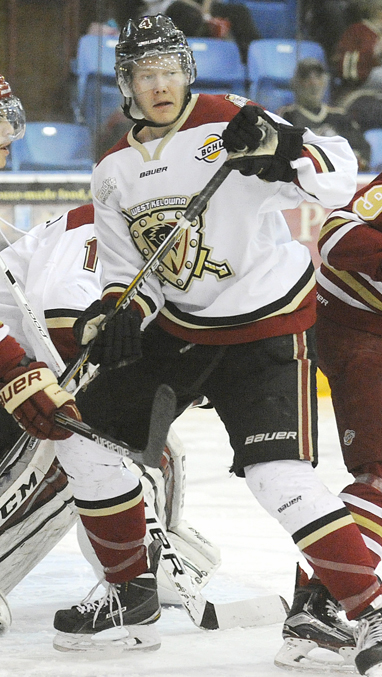 Prior to his WHL play, Campese dominated at the midget prep level, collecting 79 goals and 145 points in just 61 games with the Okanagan Hockey Academy’s midget and prep team and played for Team Western Canada at the U17 World Hockey Challenge.

“Matt Campese is a player with a great shot and has a good knack around the net,” said Ferster. “To be able to add a player like this will definitely help out our offence.”

Meanwhile, Epp, a 20-year-old veteran of 166 games in the BCHL, played the past three seasons in Prince George, amassing 41 goals and 80 points in that span. Prior to joining the Spruce Kings, he played with the Cariboo Cougars of the B.C. Major Midget Hockey League.

Anderson, 20, played in all 58 regular-season games and 35 playoff games with the Warriors last season.

“Moving Tyler was tough,” commented Ferster. “He is a quality person who has done everything we have asked of him. But in this business you have to give to get.”

“We needed a veteran forward and Braiden fits that role,” added Ferster, “He’s a gritty guy that has a nose for the net.”

In yet another move, the Warriors have traded 18-year-old rookie defenceman Daly Hamilton to the Canmore Eagles for future considerations. A graduate of the Calgary Flames midget AAA team, the 18-year-old played in three games this season.

All of the new Warriors (4-2) are expected to be in action on Friday when they play host to the Interior Division’s first-place (5-1) Penticton Vees beginning at 7 p.m.

Invasion wrestling gives back to community

One of the Okanagan’s most unique fundraisers is back in Kelowna and Vernon.

ICW has raised nearly $100,000 for charity since 2013. This time around, the YMCA Strong Kids Program, the Okanagan Boys and Girls Club, Nona, and Mamas for Mamas, will all receive a charitable windfall from the two shows. 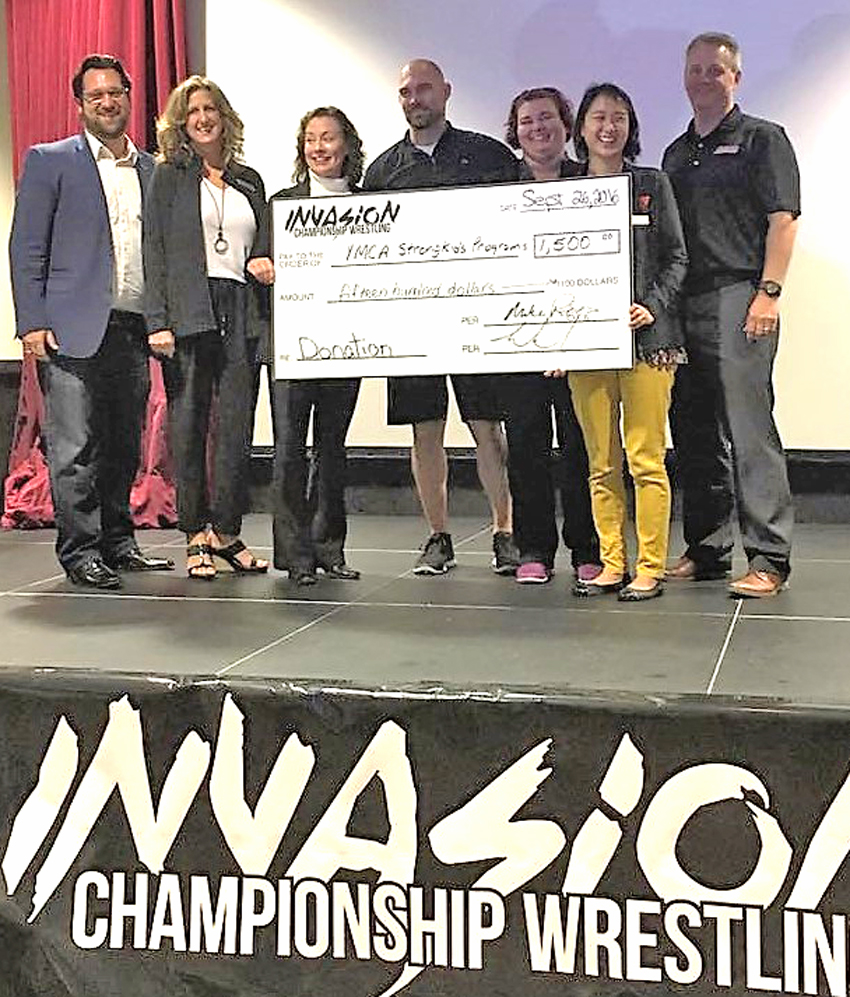 “We pride ourselves on being the most unique fundraiser in the Okanagan,” said ICW co-founder, Mike Chisholm. “It was originally supposed to be one show back in October 2013, and we raised $16,000 that night. We really haven’t looked back since.”

Both shows are headlined by former WWE superstars Val Venis and Davey Boy Smith. Jr. Venis is a former two-time WWE intercontinental champion, while Smith is the son of the British Bulldog, and twice held the company’s tag team championship alongside Tyson Kidd.

Also featured on both cards will be tag team specialists the Bollywood Boyz (who recently appeared on WWE’s NXT and Cruiserweight Classic tournament) and Chelsea Green (current performer in TNA’s Knockout Division).

For more information on ICW and where to purchase tickets, visit www.invasionchampionshipwrestling.com, email kelownainvasion@gmail.com, or call 250 868 6672.

The University of Victoria Vikes alumni held its first-ever reunion earlier this month in Kelowna, not only reliving their glory days, but also raising $2,000 for the Harry Schamhart Vikes Ice Hockey Scholarship Fund.

Included in the festivities were a meet-and-greet at the Kelowna Golf and Country Club, golfing at the KGCC and a barbeque at the Cousins home.

Cousins, a Kelowna Secondary School grad and former teacher in the Central Okanagan, said he was motivated to help organize the reunion after receiving a request to support a fundraising campaign for the Vikes team that now plays in the B.C. Intercollegiate Hockey League (with Selkirk College, Simon Fraser University, Trinity Western University and Eastern Washington University).

“I always said that if I could ever do anything to help young players stay in Canada and play at the university level, I would,” noted Cousins. “And when I heard about the Schamhart endowment fund, I knew we had to step up.” 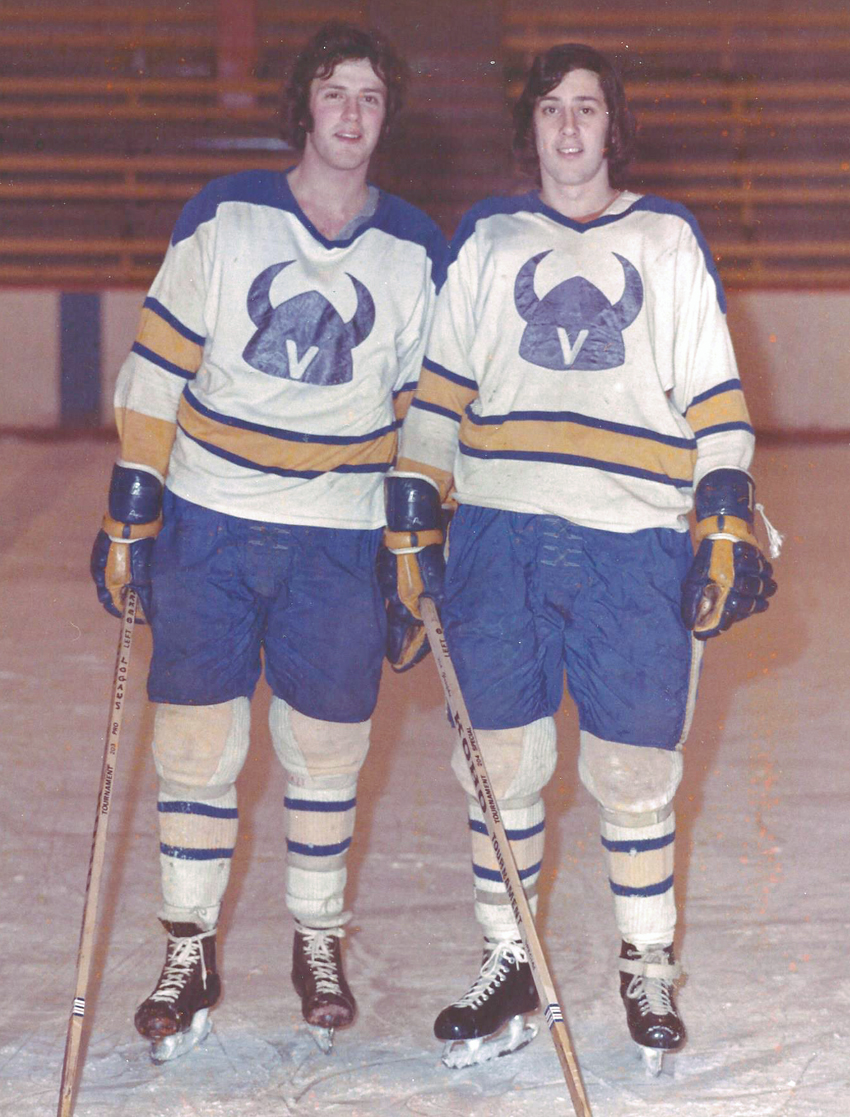 Varsity hockey at UVic ended in 1973, but the players still share a bond.

“That became very clear from the response we received from former players and of course with the fabulous time we had during the two days,” said Cousins.

Among the other alumni attending were Okanagan residents Lorne Buna, Dwight Folk, Jim Hadrell, Ralph Halsall and Larry Hackman. The Okanagan’s Frank Malone, Gary Hales and Al Southward are other Vikes alumni, but were unable to attend.

Absent without permission was Rollie Cacchioni of Kelowna, who played for the original UVic team in the 1960-61 season — along with the late Armand Lalonde of Kelowna. Mike Todd, now a Vernon resident, was with the inaugural team and also attended the reunion.