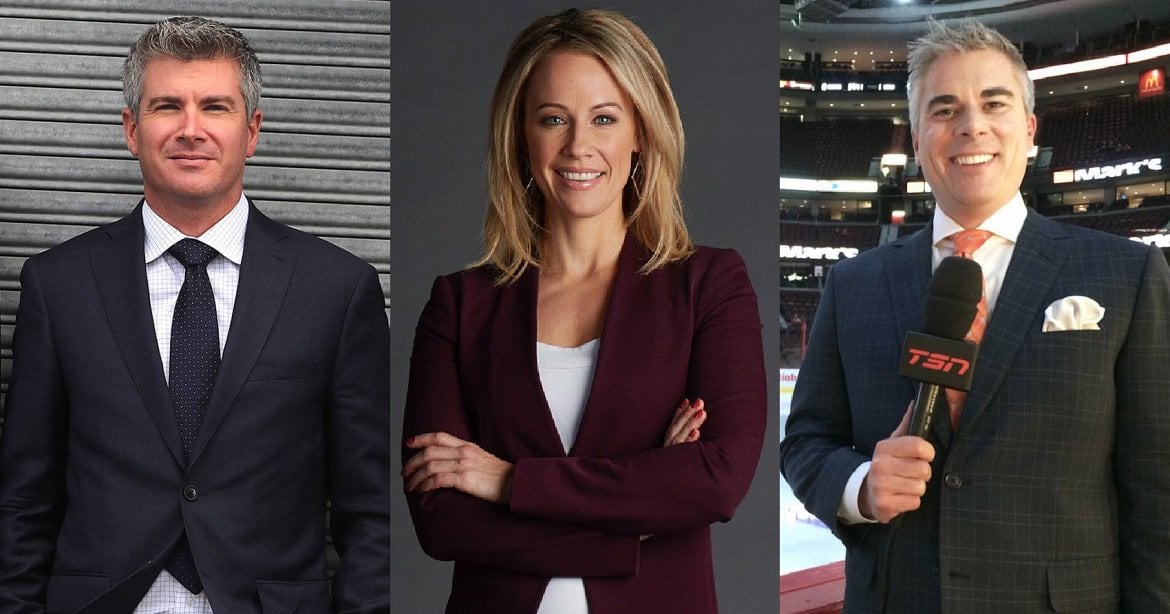 Hundreds of people have been laid off by Bell Media this week and that includes a trio of TSN personalities that Canadian sports fans are quite familiar with.

It was revealed today that Dan O’Toole and Natasha Staniszewski were both let go by TSN, which follows the news from Wednesday that Brent Wallace was no longer with the network.

First Brent Wallace, and now Dan O’Toole and Natasha Staniszewski. Those are some big shoes to fill at TSN. #BellMediaCuts

The news seemed to catch O’Toole, who was on air last night co-hosting Sportscentre with Jay and Dan, by surprise.

“Had I known last night was my final show, I would have tried a little harder,” O’Toole wrote on Twitter.

“Ahhhh, who am I kidding. I probably wouldn’t have. It was a wild ride. If you got our show, then you laughed along with us. Thank you!”

Had I known last night was my final show, I would have tried a little harder. Ahhhh, who am I kidding. I probably wouldn't have. It was a wild ride. If you got our show, then you laughed along with us. Thank you! Peace and love and let's raise a glass together once Covid is over.

Today marks the end of O’Toole’s second stint with TSN.

He and Jay Onrait began co-hosting weekday Sportscentre broadcasts in 2003 and did so until they left for an opportunity at Fox Sports 1 in Los Angeles in 2013.

They made a triumphant return to TSN in 2017 and have been hosting Sportscentre with Jay and Dan together since then. 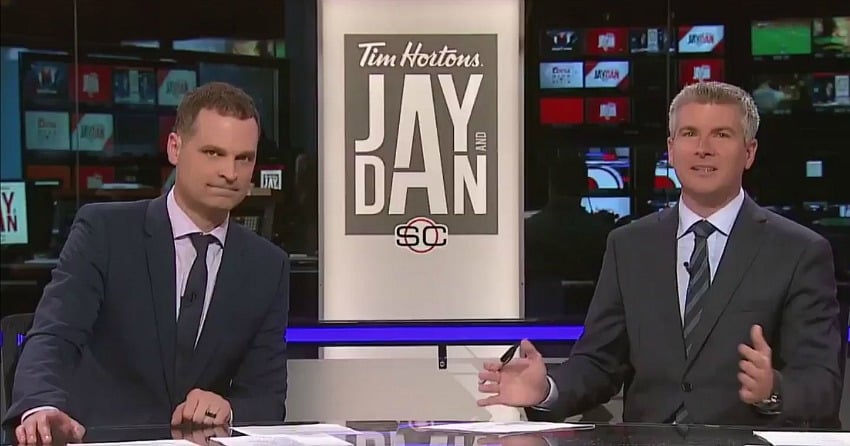 O’Toole left the show for a number of weeks last summer to work on his mental health after a bit of a public breakdown on Twitter.

For Staniszewski and Wallace, the layoffs put an end to their respective 10- and 23-year tenures at TSN.

Pivot. We’ve heard that a lot from people and businesses lately. Now it’s time for me to pivot. After 23 years with TSN my time has come to an end. Thank you all for watching and listening. I will miss you. Be kind to one another.

Bell Media has fallen under a lot of heat over the last few days for these mass layoffs, as it was recently revealed that the company had received $122-million in COVID-19 relief aid from the federal government.

The funding was part of the Canada Emergency Wage Subsidy Program, which covers a portion of employees’ salaries.