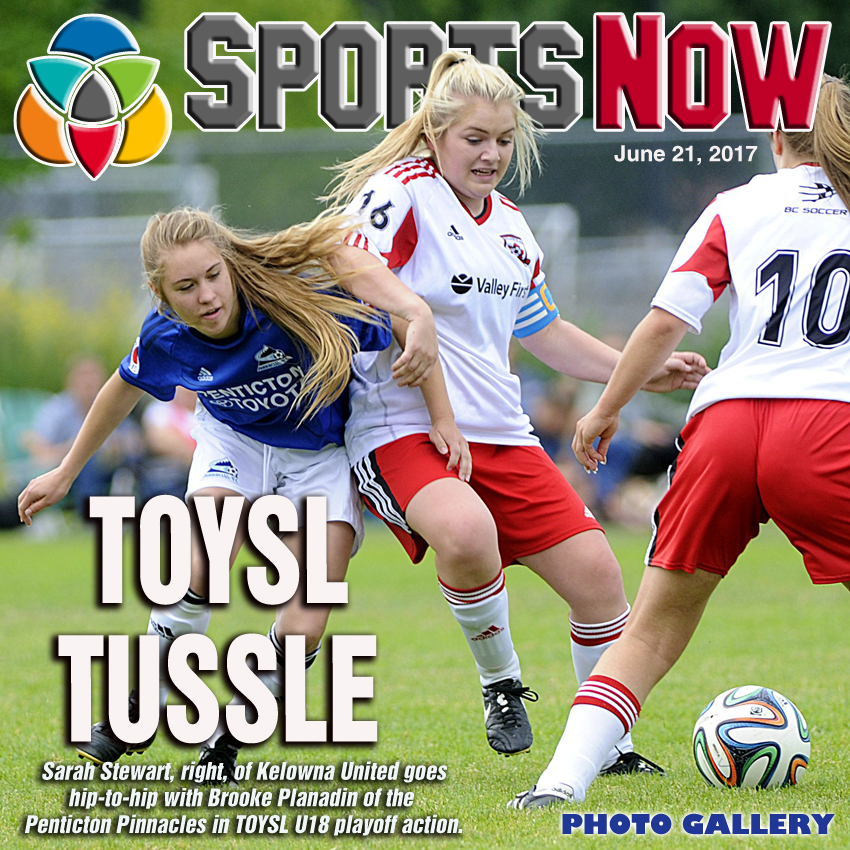 Kelowna United and the KU/UBCO Junior Heat programs have combined to qualify 11 teams for BC Soccer provincial tournaments next month.

In what was supposed to be a two-game total-goal series with Vernon, the KU boys opened the playdown with an 8-0 victory, leading to the North Okanagan representatives to forfeiting a scheduled second game and the TOYSL title. 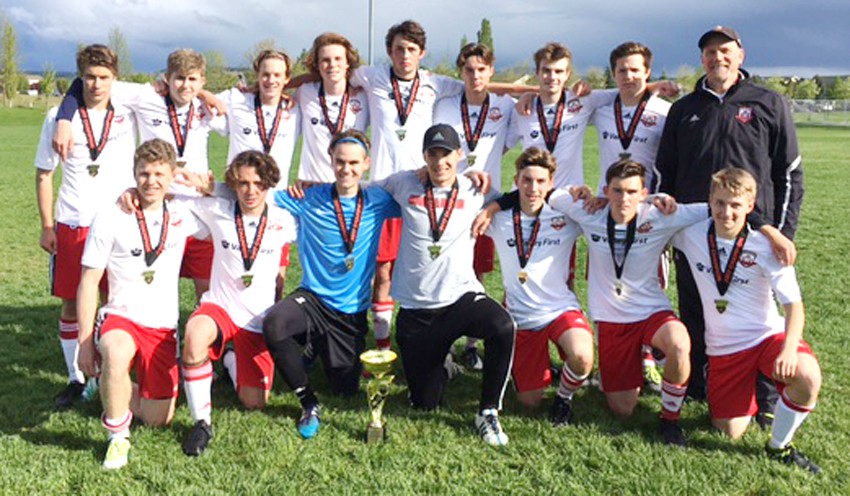 United will represent the Thompson-Okanagan at the BC Soccer Les Sinnott Memorial Boys Provincial Cup (formerly Provincial B Cup) in Vernon July 6-9. 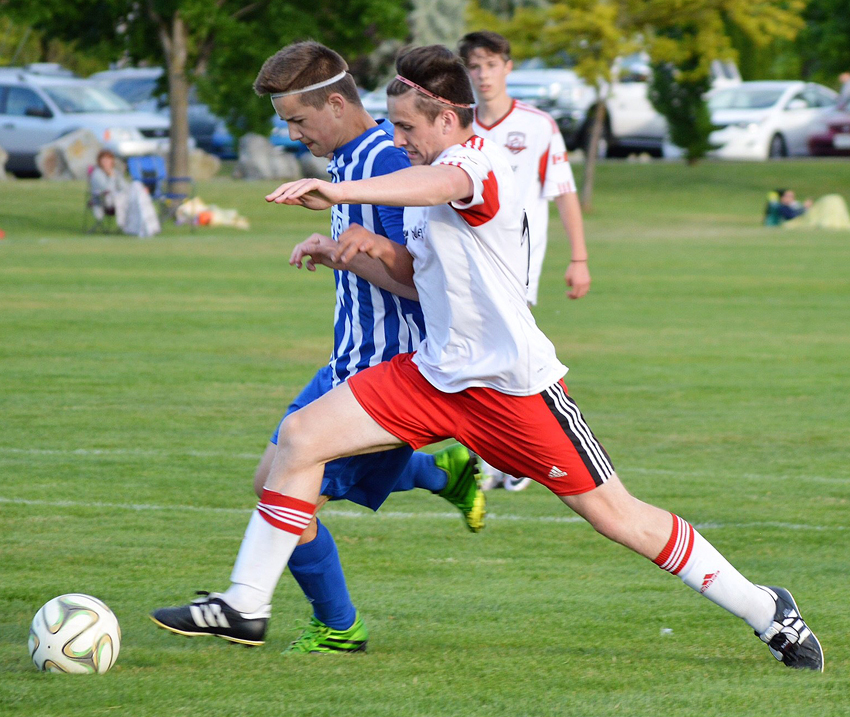 A 2-0 victory over Vernon in the TOYSL championship game in Kamloops on the weekend earned the United U16s their spot at the Les Sinnott Memorial in Vernon.

James Wiebe headed in a corner kick by Thomas Jaklis for what would stand up as the winning goal. 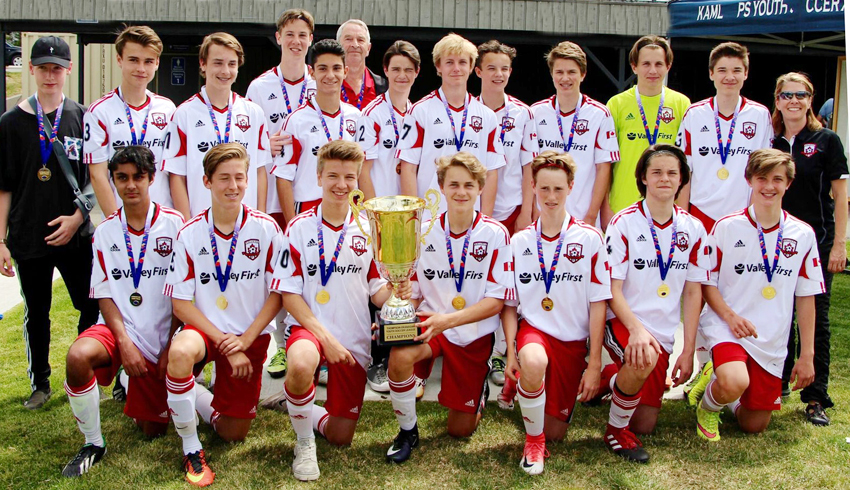 Vernon pressed for the equalizer, but shots on goal were kept to a minimum by a stellar Kelowna defence, backstopped by goalkeeper Tallan Freh.

Up by a goal at the break, the United squad exploded for three more in the second half to defeat Kamloops 4-0 in the TOYSL title match in Kamloops.

Nathan Gilbert scored the winning goal early in the game on a blistering shot to the right side of the net. United continued to apply pressure and missed several golden opportunities to add to their total before halftime, while goalkeeper Eric Dueck turned aside the few Kamloops chances. 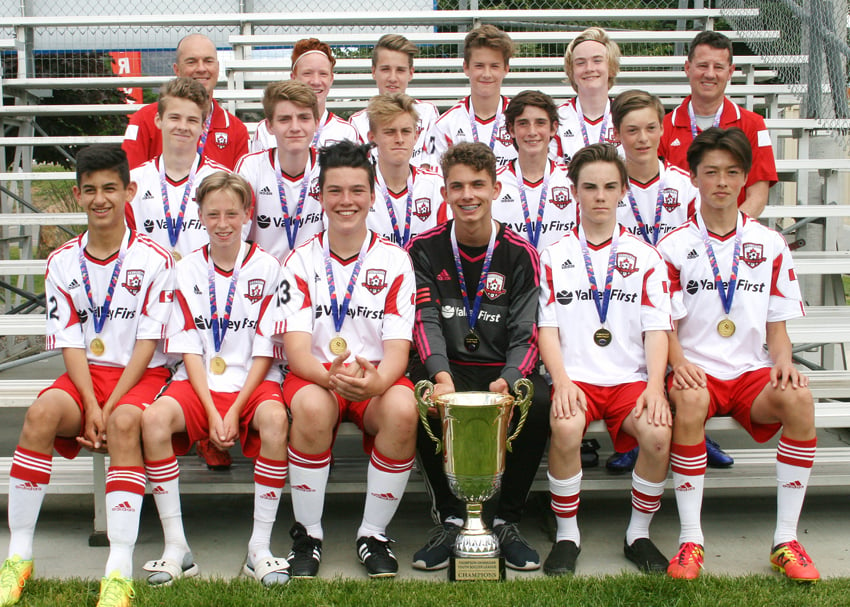 It wasn’t until midway through the second that KU finally put finish to their forays. Jaden Lohn scored the game-changer by burying the ball from outside the 18-yard line with a rocket to the top right-hand corner.

Kai Hagen added a third goal shortly afterward while Matteo Sasso-Avila rounded out the game’s scoring on a penalty kick.

The U15s will also represent the Thompson-Okanagan region at the Les Sinnott Memorial provincial tournament in Vernon.

Despite dropping a pair of 2-1 games to Penticton in a two-game TOYSL series on the weekend, the United U18s will play in the BC Soccer Provincial B Cup in South Surrey July 6-9.

The Thompson-Okanagan region has been awarded two berths at the provincial tournament. 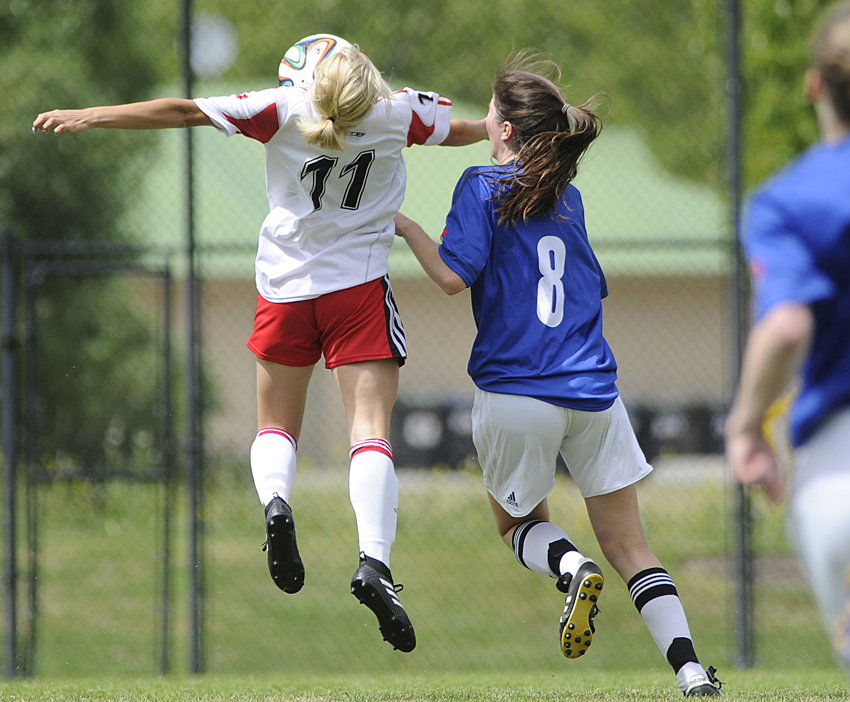 Two wins at the Thompson Okanagan Youth Soccer League playdowns in Kamloops on the weekend earned United a berth at the BC Provincial B Cup in South Surrey.

United opened the weekend with a shootout 1-0 win over Vernon on Saturday, while they clinched their trip to provincials with a 2-1 victory over Penticton on Sunday.

Kaitlin Smith and Kassandra Zukowski scored for the winners in the final while Tegan Milligan notched the deciding shootout marker against Vernon and Faith Tazelaar posted the shutout.

With two berths available for TOYSL teams at the BC Soccer Provincial B Cup, the Kelowna United U15s will advance to South Surrey on the strength of finishing second at the Thompson-Okanagan playdowns in Kamloops on the weekend.

United earned their spot by defeating Penticton 4-1 on Saturday while they settled for second place overall when they dropped a 3-0 decision to the Kamloops Blaze on Sunday. 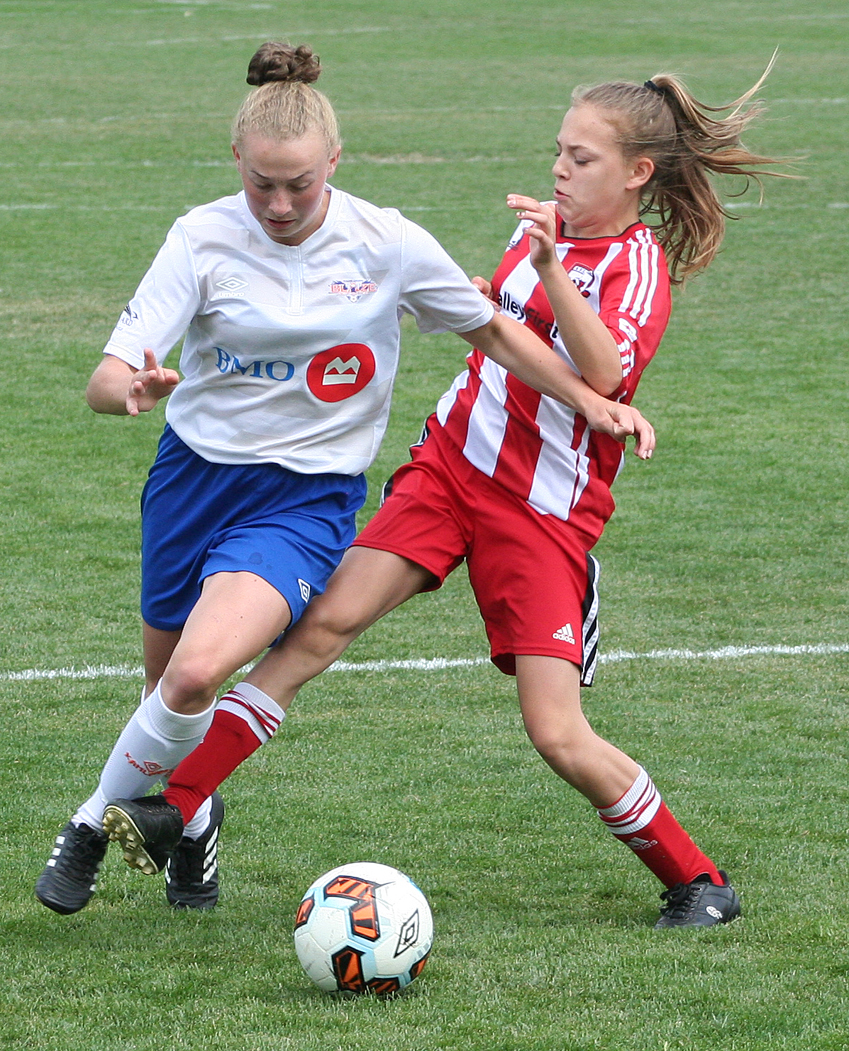 Ashlyn Eisenkrein scored three times to lead KU against Penticton while Kaley Krivoshein rounded out the scoring for United, who led 2-1 going into the second half. 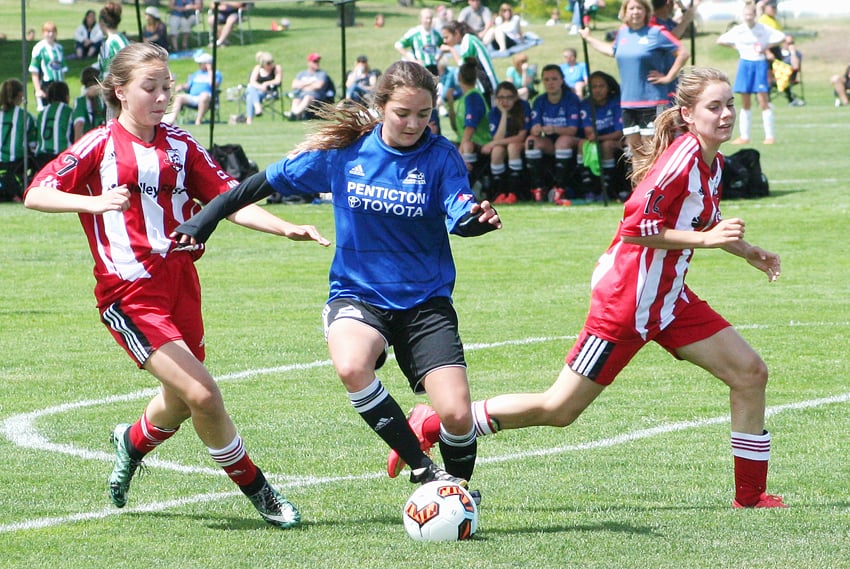 A physical second half saw an energized Penticton side have the wind taken out of their sails when Krivoshein restored Kelowna’s two-goal lead 13 minutes in. Eisenkrein put the finishing touch on her hat trick performance six minutes later.

Against Kamloops in the final, United put plenty of pressure on the favoured hosts early on, but couldn’t capitalize on their chances.

The match was scoreless at the half, but the Blaze scored the winning goal seven minutes into the second frame on a long shot over the outstretched arms of United keeper Tayshja Clark. Kamloops took control from that point on to claim TOYSL gold.

Three straight wins — two of which came in a shootout — earned the Kelowna United U13s the TOYSL championship and a berth at the BC Soccer Provincial B Cup in South Surrey. 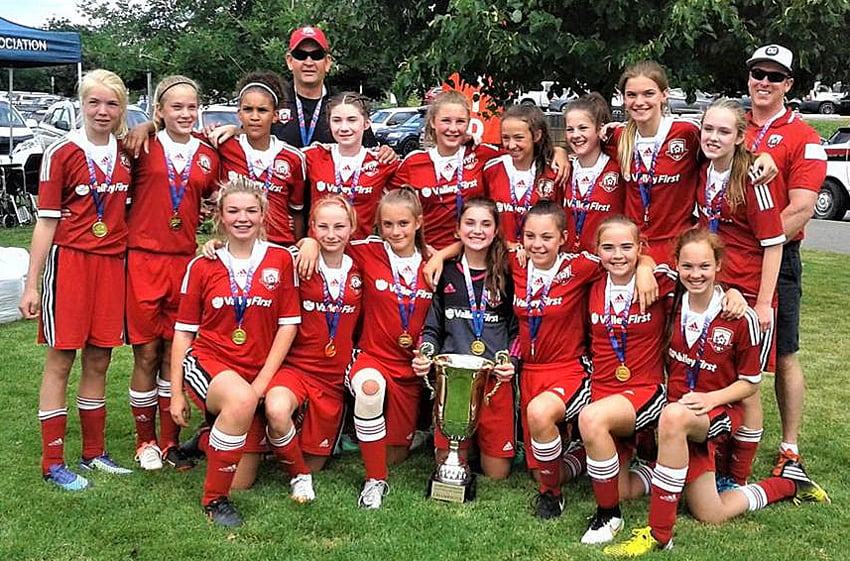 A 2-1 shootout victory over the Kelowna United/Junior Heat clinched the TOYSL title for the Storm, with Hailey Yeulett, Kaedence Mollin, Lily Kolochuk and Makena Marble scoring from the 11-metre spot.

Paris Kirk and Kaedence Mollin teamed up to scored the first KU goal in the first half while the Heat evened the score on a goal by Ava Caig with two minutes remaining in regulation time.

The Storm had earned a berth in the TOYSL final by defeating the Kamloops Blaze 4-3 in a shootout in semifinal play while they opened the weekend playdown with a 1-0 triumph over Vernon United. Mollin was the lone goalscorer.

The Junior Heat reached the TOYSL championship game by edging Kamloops 2-1 in their semifinal.

Meanwhile, the four Kelowna United/UBCO Junior Heat teams advancing to the BC Soccer Provincial A Cup in Surrey July 6-9 include the U13, U14 and U15 boys as well as the U14 girls. 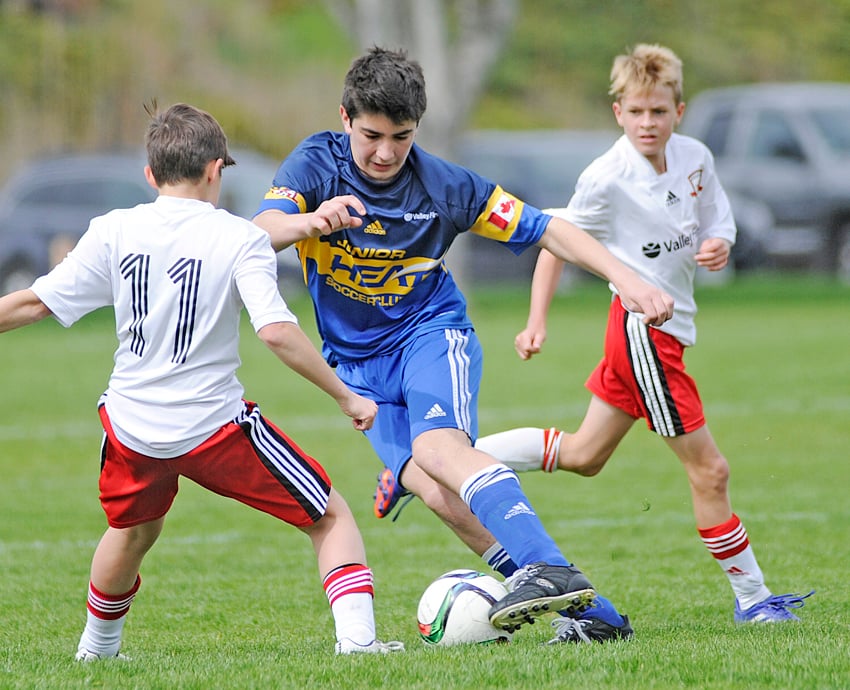