The Lou Marsh Award, which has been given out annually to Canada's top athlete of the year since 1936, is getting a new name. 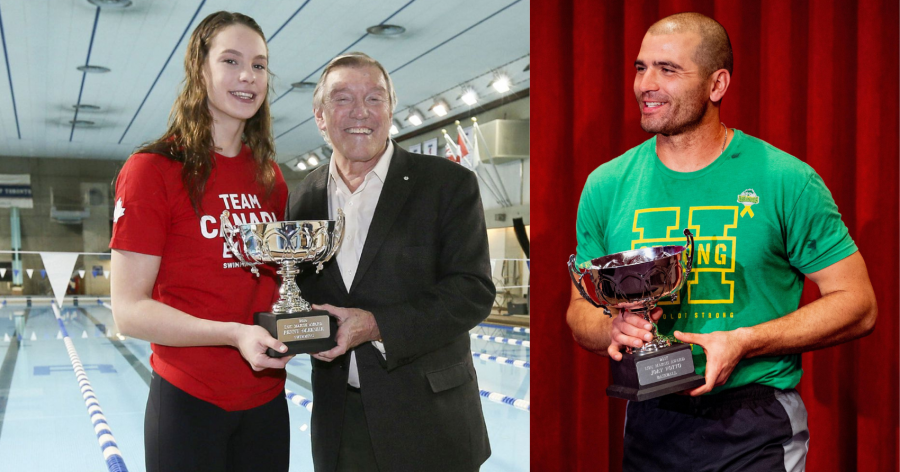 The change comes after concerns have been raised over racist language used in Marsh's writing.

Marsh was a former football player and NHL referee who spent 43 years working for the Toronto Star as a writer and editor.

Upon his unexpected death at the age of 57 in 1936, the Lou Marsh Trophy was created and named in his honour.

The selection committee will soon pick the winner of the Lou Marsh Award which goes to Canada’s athlete of the year. But many people wonder why it’s still named after Marsh, the long-time (43 years) Toronto Star sportswriter whose racist views stand out, even for the early 1900s.

"We have decided to retire Lou Marsh's name for the Canadian athlete of the year award," said Toronto Star publisher Jordan Bitove.

"The initial decision to honour Lou Marsh by naming the award after him was made almost 90 years ago. But we realize that in recent years some concerns surrounding his writings from early last century have been raised and that people who supported having his name on the trophy in the past are less comfortable with it now."

The Toronto Star is accepting public submissions on a new name for the trophy and a committee is set to choose a replacement before the 2022 award is handed out in December.

You can submit your choice for the new name here.

Terry Fox has been the overwhelming choice on social media while Jean Beliveau, Wayne Gretzky and Lionel Conacher are other names that have been floated.