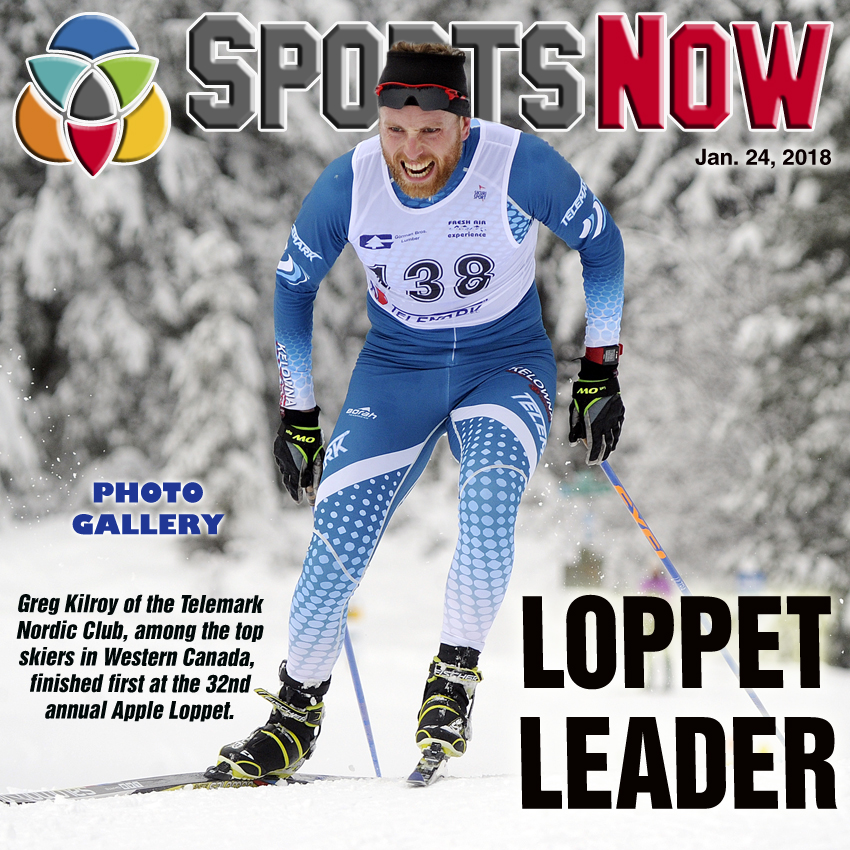 That the Okanagan has a multitude of competitive advantages for elite cross-country ski racers came to the fore again at the Western Canadian championships in Red Deer on the weekend. 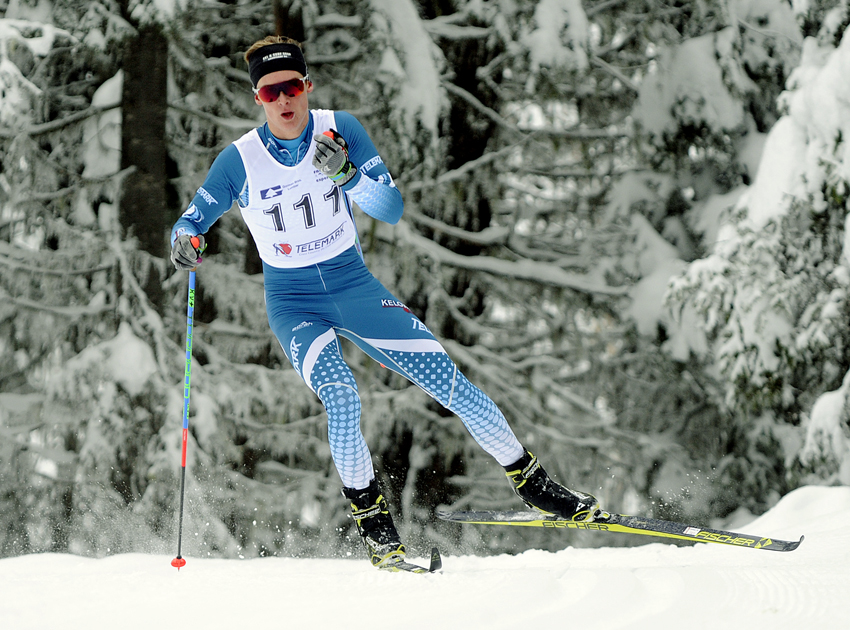 Tallon Noble of Telemark and the TPSP raced to a pair of first-place finishes at River Bend, the site of the 2019 Canada Winter Games that attracted about 500 athletes from throughout Western Canada and Ontario.

The Courtenay, B.C. product, attending Okanagan College, set the pace for the field of junior men in the 15-kilometre classic technique race and added a first place in the free technique sprint. In the Apple Loppet held at Telemark in West Kelowna on Jan. 14, Noble finished second overall in the skiathlon that covered two 7.5-km loops of classic skiing and 15 km of free technique. 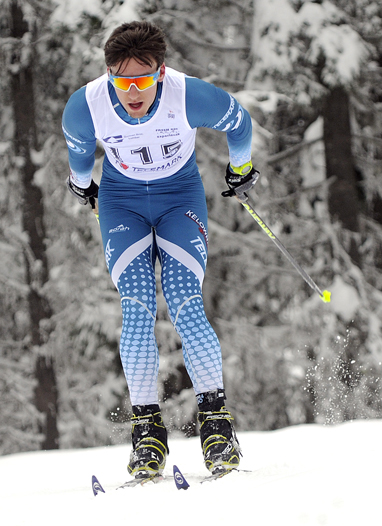 In the junior women’s category in Red Deer, Claire Littlefair of Telemark and another Telemark Post-Secondary Program skier, claimed the bronze medal in the 10-km classic event while the Yellowknife import placed seventh in the free sprint.

TPSP and Telemark teammate, Philip-Maynard Davies of Vancouver, skied to a seventh-place finish in both the junior men’s 15 km classic and sprint free technique races.

The open men’s 15-km event saw Telemark’s Greg Kilroy race to 10th place in the open men’s 15-km classic event. The Thunder Bay native, and a member of the TPSP, now working as a x-ray technician at Kelowna General Hospital and training in Kelowna, was coming off a first-place finish in the Apple Loppet skiathlon at Telemark.

The TPST was launched in earnest in the fall of 2017 with 11 skiers, most of whom are taking advantage of the opportunity to balance full-time training with post-secondary education. 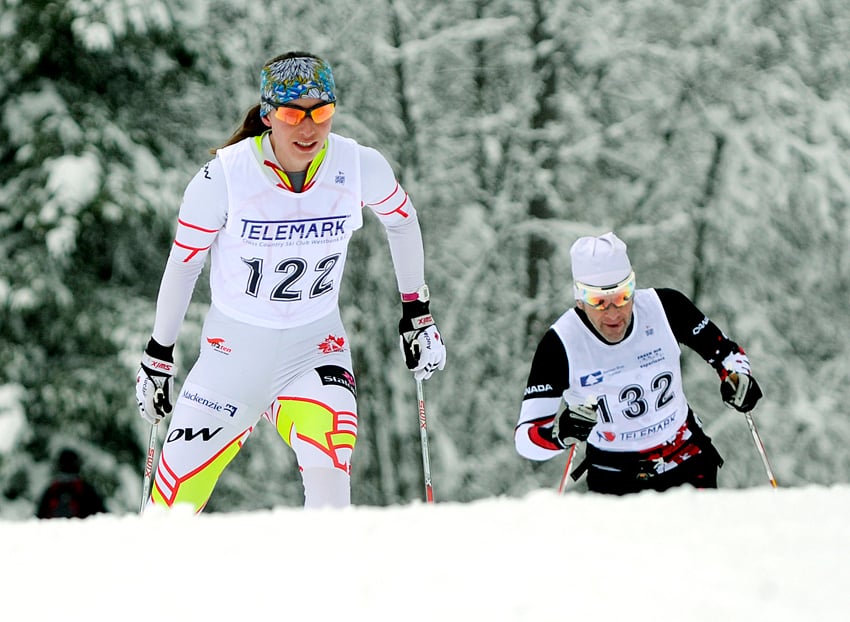 Establishing the program — with the help Kelowna Toyota, its main sponsor — is an attempt to address the decline of skiers graduating from high school, but unable to continue competitive racing. The TPSP is providing professional training and allowing athletes from across Canada reach their full athletic and competitive potential for high-level racing.

The program is coordinated by Telemark coach Adam Elliot, who has developed a year-round training plan that includes dryland, strength and technique training, as well as sports psychology and nutrition. High-altitude training and tapering for major competitions are also incorporated into the athletes’ yearly plan. 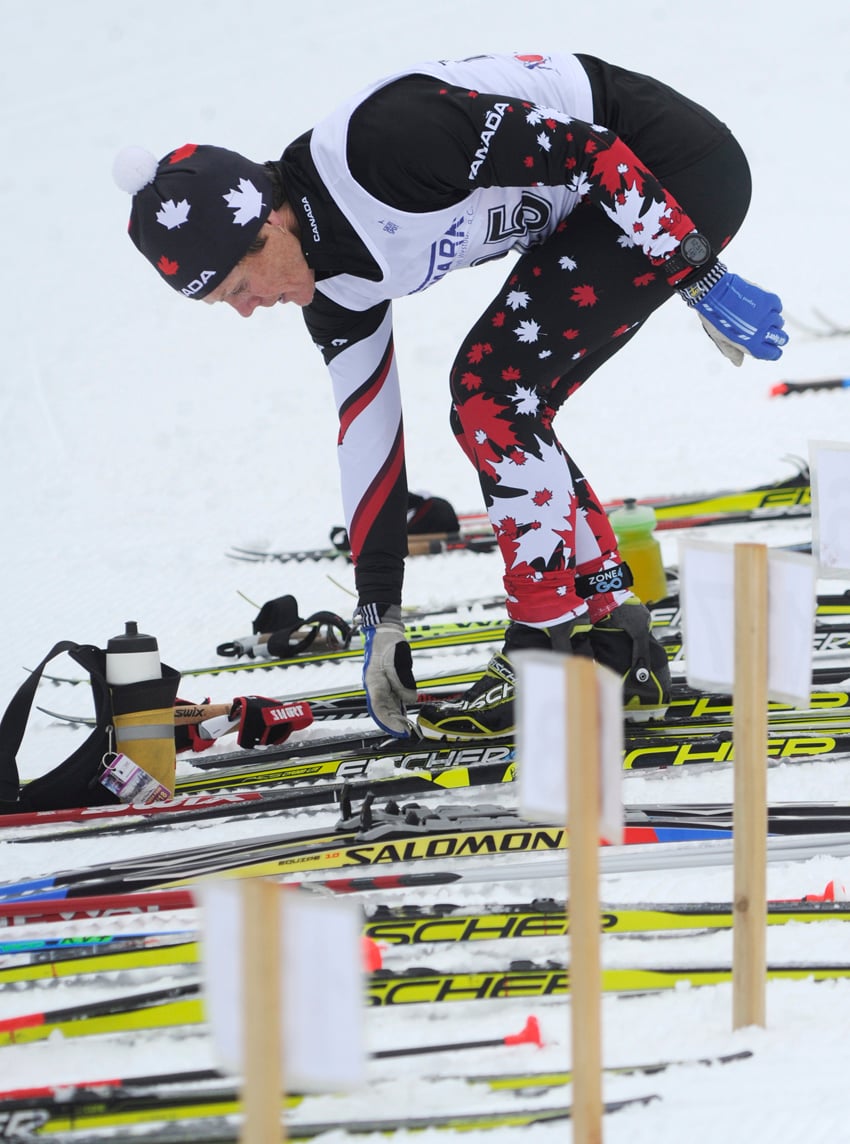 “The competitive focus is to develop and encourage our athletes to participate in as many provincial, national and international-sanctioned races as possible,” notes Brent Hobbs of Kelowna, the volunteer director of athletic development and race program. “”For those who want to stay in school and still compete at a high level in the sport they love, this is a great opportunity for them to do that.” 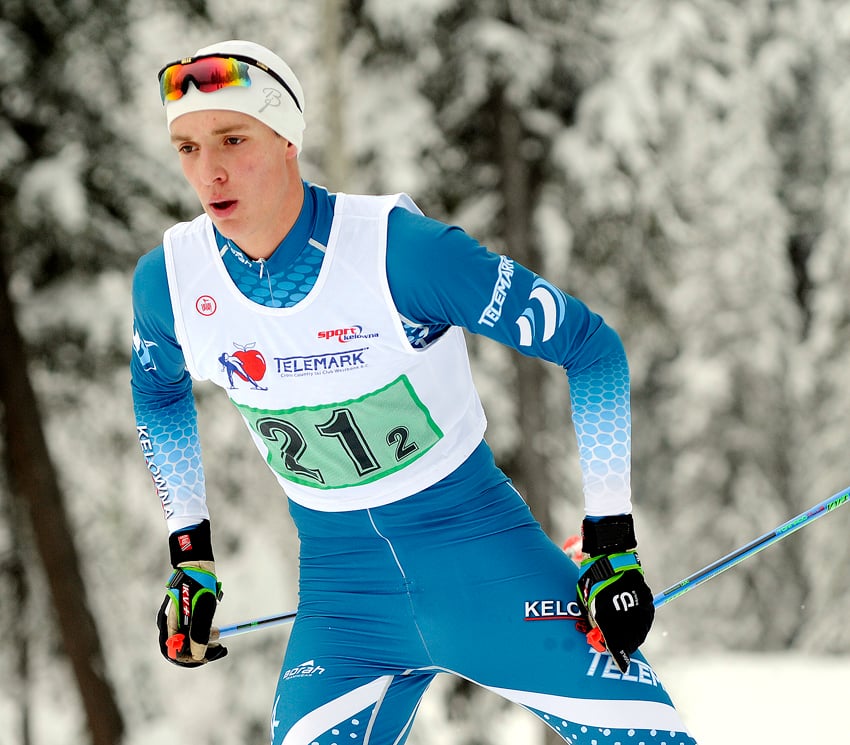 Add to that the access to multiple safe and flat or hilly roller-skiing venues throughout the Okanagan, the proximity of Okanagan College and UBC Okanagan and the convenience of an international airport and multiple strength-training and support services, and the TPSP appears to be a natural fit.

“And while all the physical attributes are attracting skiers from across Canada, we’ve already seen tremendous camaraderie being formed among the skiers,” said Hobbs. “They push and support each other at a high level and the quality of training is getting results.”

As well as the recent successes of skiers at the Western Canadian championship and the Apple Loppet, TPSP members are making a name at the international level. 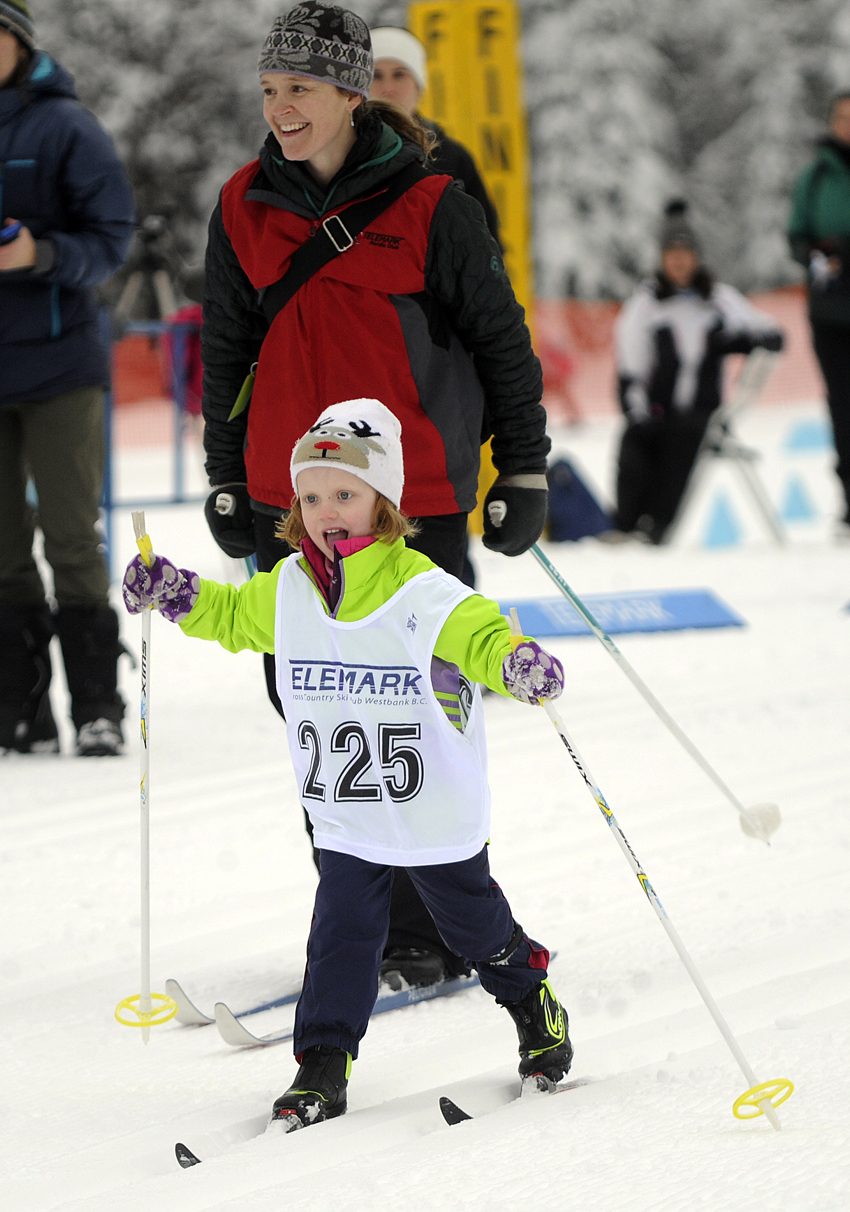 Two members of the Telemark Cross Country Ski Team and the PSP have qualified for the upcoming world junior championships in Goms, Switzerland.

Gareth Williams of Kelowna — also the youngest member of the Canadian senior national team — and Vernon’s Hannan Mehain earned their berths at the world under 23 and U20 championships respectively with the help of first-place finishes at the Canadian world junior trials in Mont-Sainte-Anne, Que. 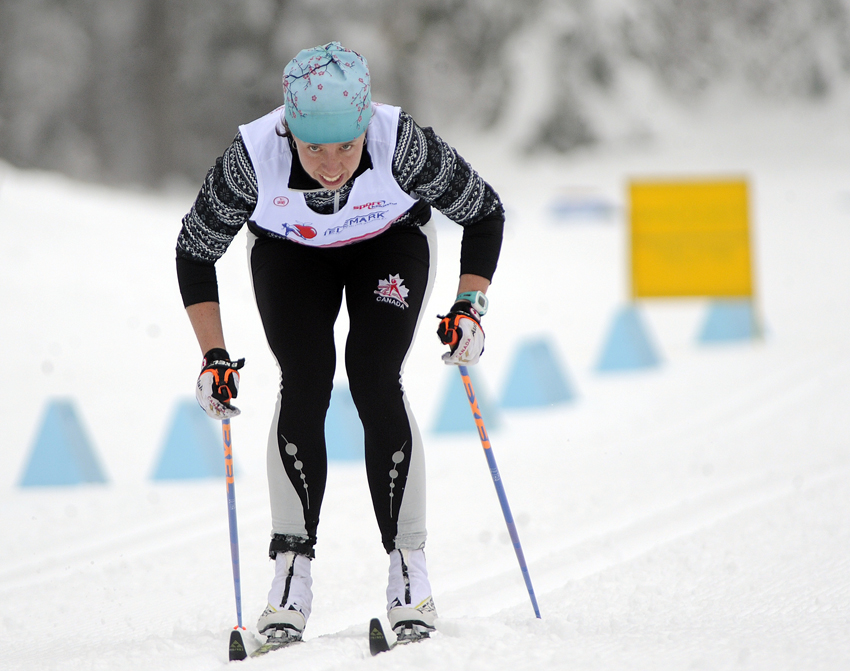 Both have been in France since the trials earlier this month, training for the world championships that begin on Saturday and go to Feb. 4.

The two will be joined in Europe by six members of the Telemark Post-Secondary Program, who will compete next month in a series of European Cup events in Germany. 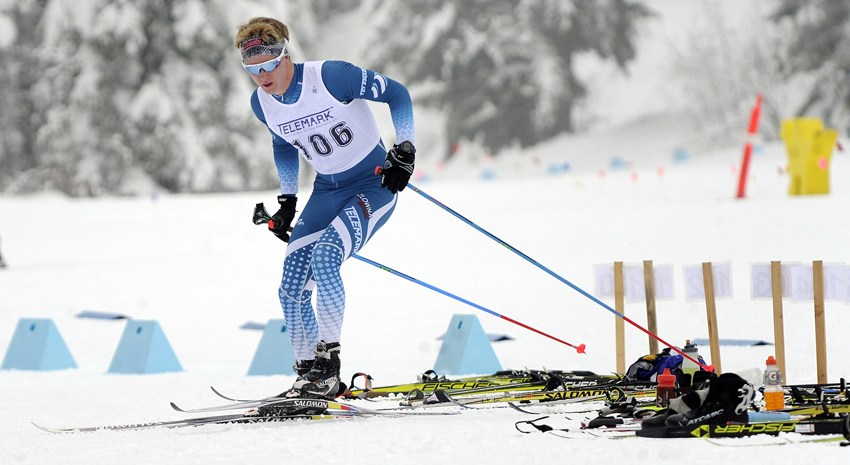 The rest of the TPSP skiers and Telemark Nodic Club teams will be in the Okanagan preparing for the B.C. championships being held at Telemark Feb. 17-19.

With TPSP members available to give back to the sport by mentoring and coaching, the host club is expected to do well at the provincial level. 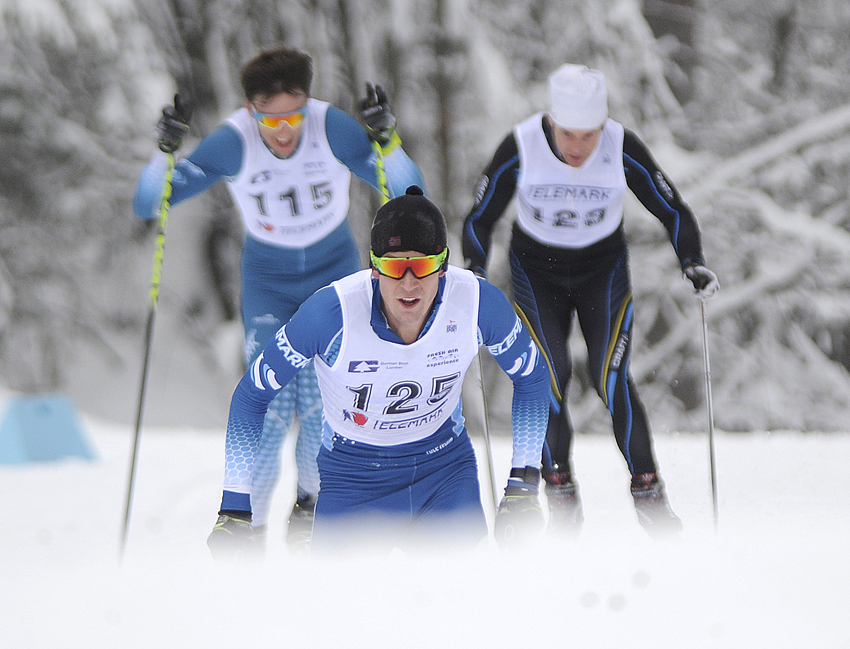 “We’re building a community of high-level skiers and they’re inspiring the younger kids coming up,” adds Hobbs. “Even Cross Country Canada is recognizing the results we’re getting. That they’re allowing someone like Gareth to remain in the Okanagan to train with us is a feather in our cap.”

Telemark’s grassroots Jackrabbit program includes about 170 young skiers, while there are 10 youth (8-12 years old) racers and 40 others in the race program for those 12 and over. A masters program that includes 20 skiers has also been organized by the TPSP’s Kilroy. 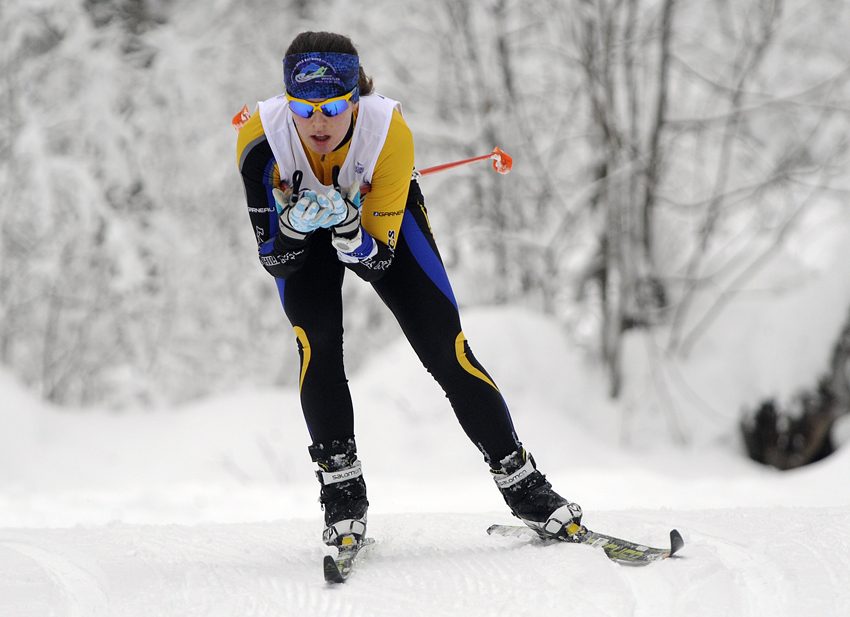 Meanwhile, up-and-coming Telemark skiers also competed at the Western championships on the weekend. 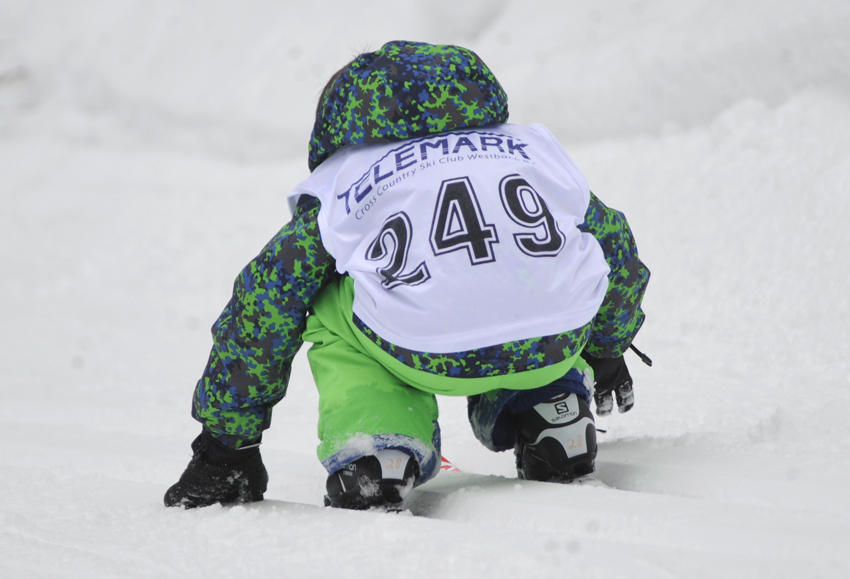 In the largest-ever Apple Loppet skiathlon, Kilroy and Noble were followed by Kelowna’s David Walker of the TPSP in third place overall among the 46 individual participants and in the race that covered two 7.5-kilometres loops of classic skiing and 15 km of freestyle. 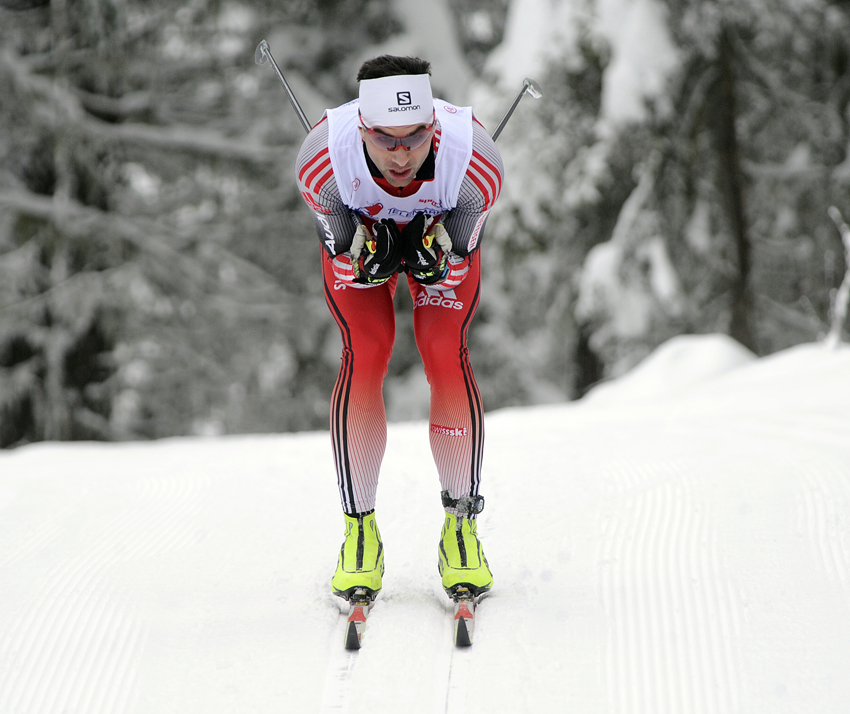 Breaking the string of Telemark Post-Secondary Program finishers was Tim Musselman Bell of Penticton, who posted a time of 1:18:21 to lead the group of men in the 49-49 age division.

Alysson Hamilton (18-39) of the Larch Hills Nordic Club, now a volunteer race coach at Telemark, led the field of women, followed by Sheila Corbett (40-49) and Rachel May (19-38), both from Larch Hills.

Ian Williams and Cole Turner teamed up to win the 36-team relay portion of the race, finishing 25 seconds ahead of Kilroy. 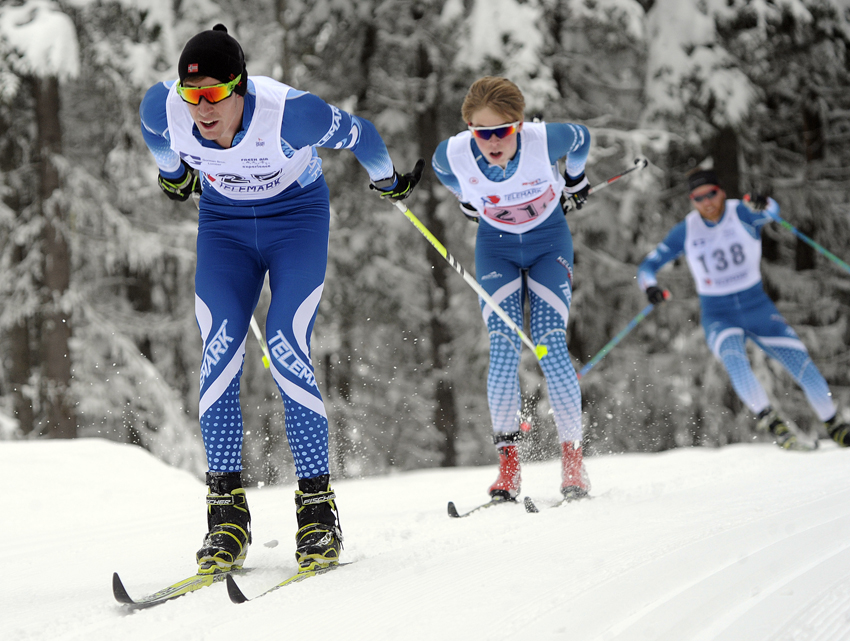 Children from three years old and up also competed in races of various lengths, while there were additional events for competitive and recreational skiers.