There’s no doubt that Dairy Queen ice cream cake is delicious, but a Saskatchewan man took his craving for soft serve to a new level over the long weekend.

According to the Tisdale RCMP, the man landed a helicopter in a high-traffic parking lot around 5 pm on July 31 so he could pick up his cake.

“When it landed, the helicopter blew up dust and debris through the area, which includes schools, an aquatic centre and more,” explained an RCMP release. 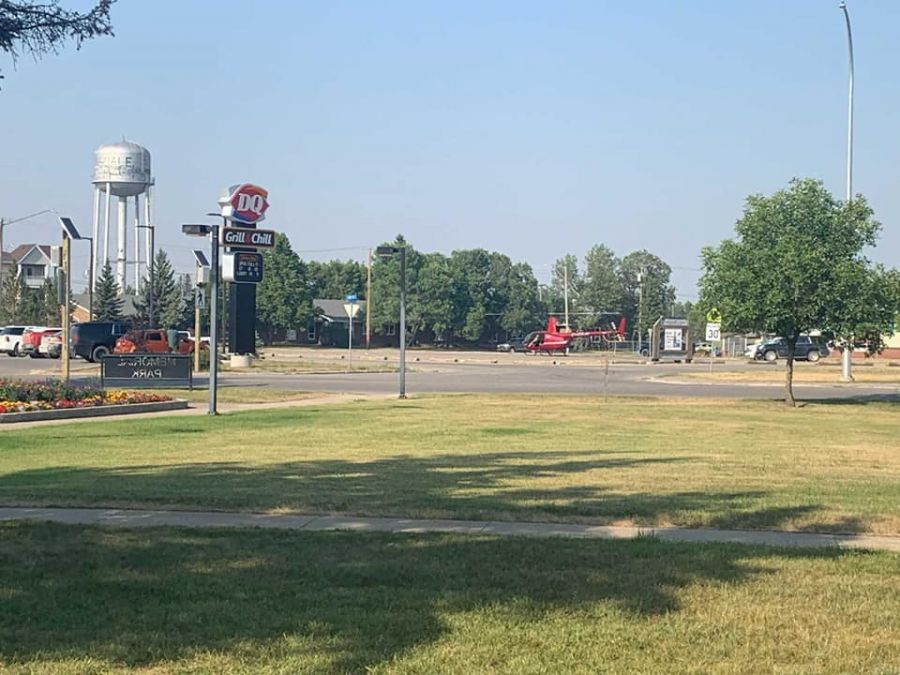 Once police confirmed that the landing was not an emergency and the man was simply walking across to Dairy Queen, they stepped in.

“Officers determined the pilot, a 34-year-old man from Leroy, was licensed to drive the helicopter, but that it was illegal to land it where he did,” the release said.

Four days after the incident, the man was charged with one count of dangerous operation of an aircraft.