Kelowna’s downtown: The story behind our buildings

If you haven’t already noticed, Kelowna is full of incredible views, buildings and history. But what is it about the city that makes it more than meets the eye?

Sure, downtown is made up of beautiful brick buildings, but did you know that some of those buildings were made with clay from Knox Mountain or that their locations have been standing for over 100 years? Here are some of our city’s go-to place that you may not know that much about.

When you think of a 1920s train station, you can picture loved ones, friends and family waving to one another from the station platform as steam fills the air. This is exactly what used to happen on the corner of Clement and Ellis St. Famous for its original layout from 1926, not much has changed in the look of the train station. The characteristics and identity have remained in the external look of the building, even though the landmark is now home to The Train Station Pub.

Encapsulated in brick, the Laurel Packing House is a downtown heritage staple. Built in 1917, this building was made with bricks sourced locally from Knox Mountain clay, and has been long standing. Although a fire did take its toll on most of the industrial district in Kelowna in the 1960s, the Laurel was a working packing house until the 1970s. As Kelowna’s first designated heritage building, the Laurel Packing House was revitalized in 2010 and is now used for hosting events, and is the perfect place to snap a picture with its brick and wooden interior.

The Laurel Packinghouse just got a tad fancier!!! Check out the sparkle of their new lights!! 🌟💡and they updated them just in time for #BBBB2017 !! #newlights #venue #fundraiser Are you ready for an awesome night of BBQ, beverages, live music, prizes and fundraising for 2 AMAZING charities and all the kids that benefit from them?! #BBBB2017 is only 3 sleeps away!! 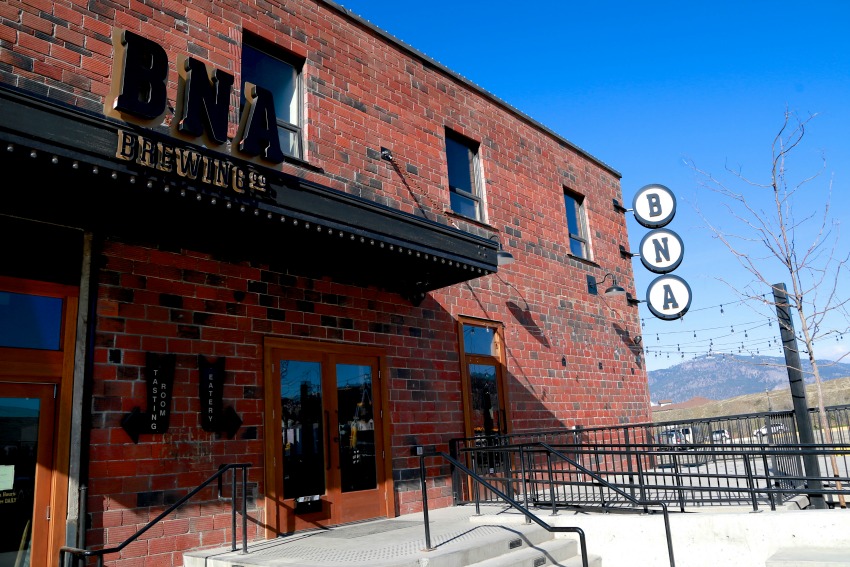 Located on Ellis Street, the Old Cannery Building was originally occupied by the British North American Tobacco Company in the early 1900s and was used to dry tobacco leaves and roll cigars. However, this building quickly turned into a cannery with the discovery that the Okanagan was full of fruit. Today the building is home to the local BNA brewery, who using the historic space to brew their own beer and host Kelownians and tourist for pub food, drinks and Bocce. 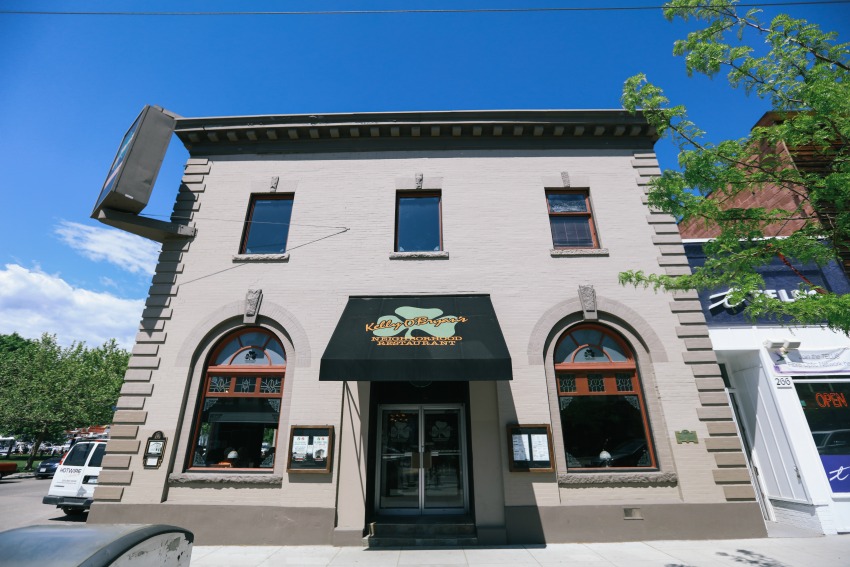 Ever wonder how Kelly O’Bryan’s inherited its unique look? Starting out as the Royal Bank Building that was constructed in 1911, this building on Bernard represents the first stage of development in the western end of downtown Kelowna. The architectural features reflect the major role of financial institutions from Eastern Canada, and is one of the few stone buildings of the period. The Royal Bank Building was the second bank to be established in Kelowna, and the two-story stone building highlights the transition to a leisure-oriented district.

Today, you’ll easily find this building with its signature exterior features on Bernard Avenue, with a newly renovated patio that provides you with a stellar view of downtown Kelowna. 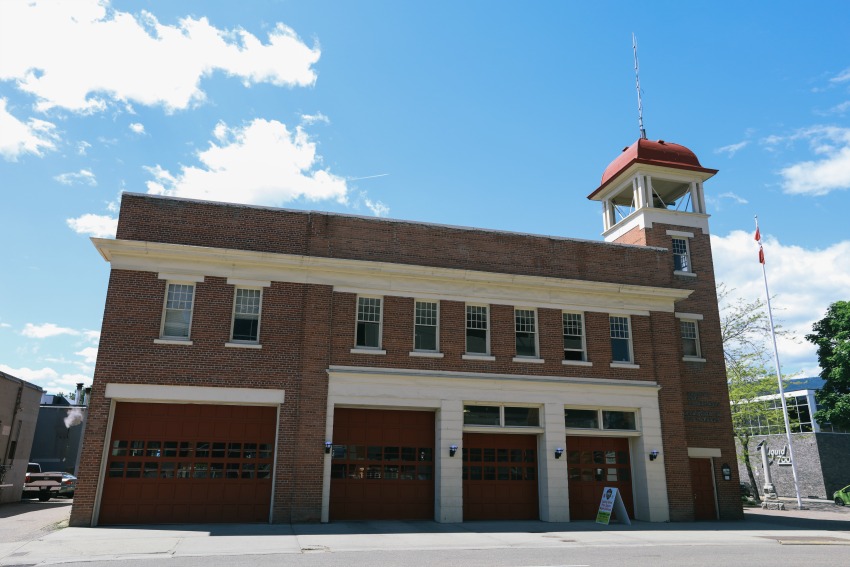 As we’ve seen, many buildings in Kelowna have had many different uses and occupants, but there’s one that has had the same use for over 90 years. Located on Water St and built in 1924, the Kelowna Fire Hall has had a lengthy role as a landmark in Kelowna. Replacing the first wood fire hall, tinsthe brick building originally had three truck bays and a tall hose tower, with living quarters upstairs. Finding this limiting, the hall was renovated to the structure it is today, and continues to serve as one of Kelowna’s eight fire halls. 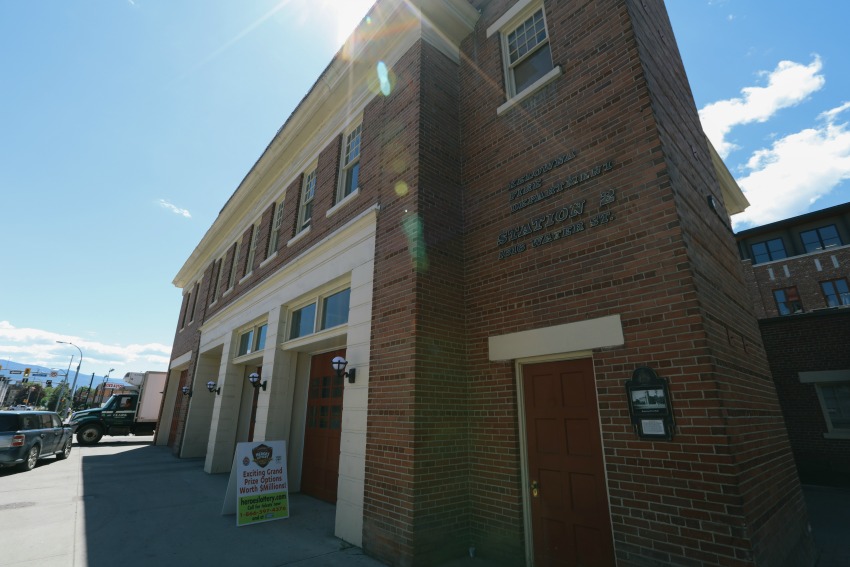 Downtown Kelowna is full of diverse culture and a rich history that has shaped our city into what it is today. Not only are these old buildings beautiful, but they serve as unchanging landmarks in Kelowna’s core. If you want to be part of the history and culture that makes Kelowna, then Mission Group’s master planned community, Central Green, is for you. Close to all the amenities you need, from shops and restaurants to heritage buildings and downtown’s rich culture, Central Green is designed to be history in the making as the new hub of Kelowna. 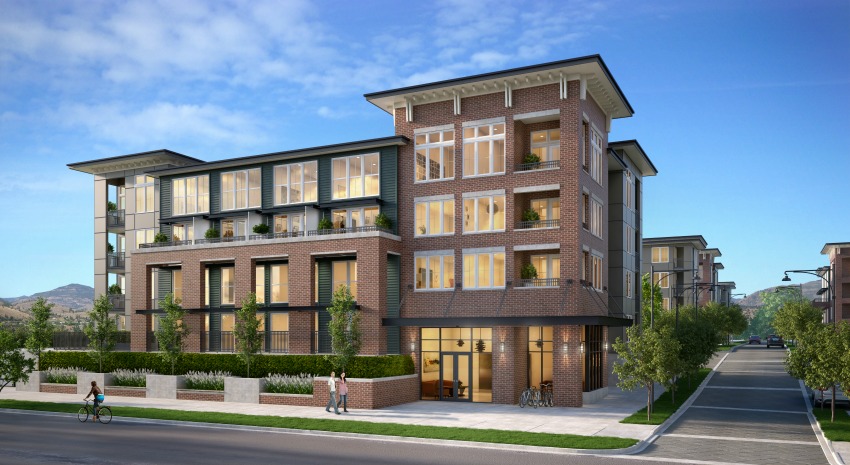 Central Green is a new and vibrant master-planned community coming soon to Kelowna. Central Green offers a lifestyle where everything's within reach. Those who occupy the heritage-inspired modern lofts at Central Green will be a short distance from the beaches, shops, dining, and the endless outdoor recreational activities available in Kelowna's downtown core. The team at Central Green welcome you to come by and see their full-scale model of the development, including Rowcliffe Park, in their Presentation Centre and Display Home, open daily from noon - 5 pm (except Fridays) at 1800 Richter Street. For more information, please visit www.centralgreen.ca.