Kelowna's lake creature: a brief history of the Ogopogo

There’s a lot more to the Ogopogo than the commercialized version residents and tourists see throughout the city. 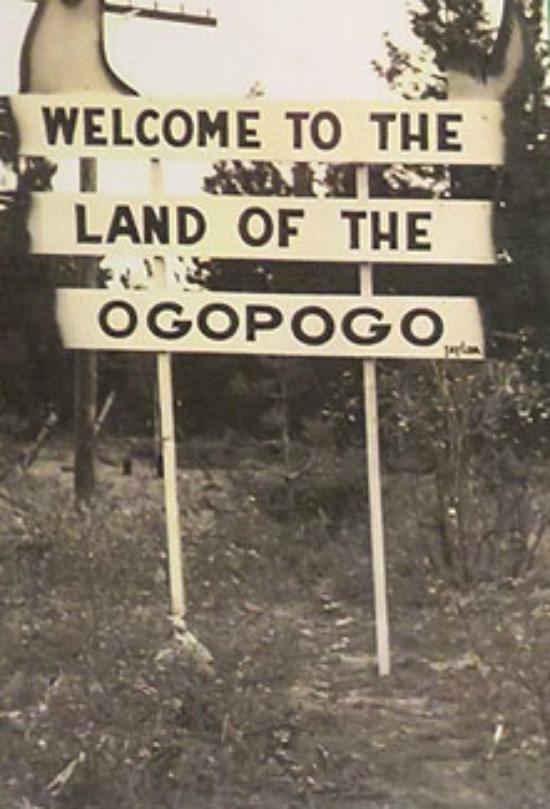 The name Ogopogo came to be around 1929, during a Board of Trades meeting of some kind in Kelowna, when a song that included the word Ogopogo was brought up. Members of the meeting thought it would be brilliant to name the “monster in the Lake”.

Before the monster had the iconic name, it was known as N’ha-a-itk, the spirit of the lake.

Last year, two University of British Columbia Okanagan (UBCO) campus students researched the evolution of the Ogopogo. Samantha Steenwyk said it was interesting to find out the real story.

“There was almost like a demonization happening of this concept of a spirit in the lake. When you really talk to people and you read some of the more Indigenous based stories, it’s not even about that at all. It’s about the interconnection of people and land and water.”

Steenwyk said the spirit of the lake before the commercialization was more about a respect for the water.

After researching N’ha-a-itk, Steenwyk said she has a different view of the Ogopogo now and how it’s used in Kelowna. 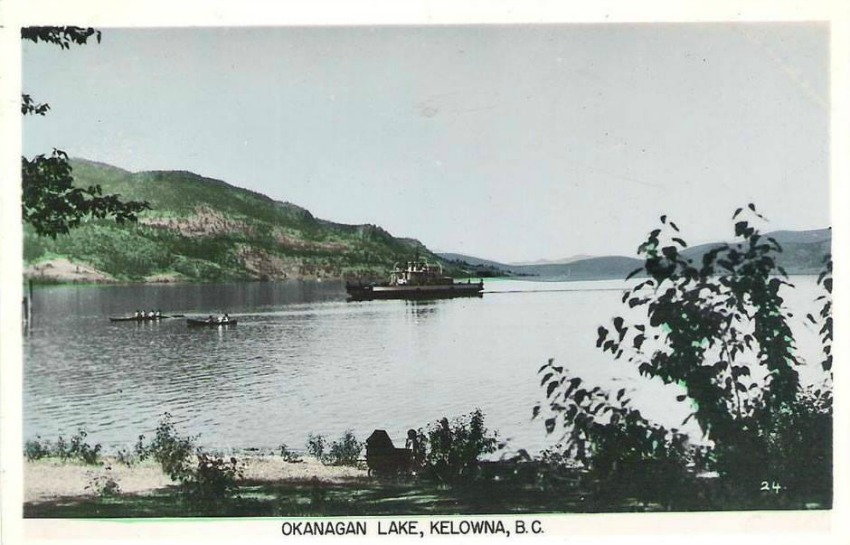 “As a student when you’re doing anything research based I think you sort of know that in the end you’ll have a different view. It was an interesting change for me.”

The UBCO research was put on display at the Okanagan Heritage Museum, and currently remains there for residents, and visitors, to view. 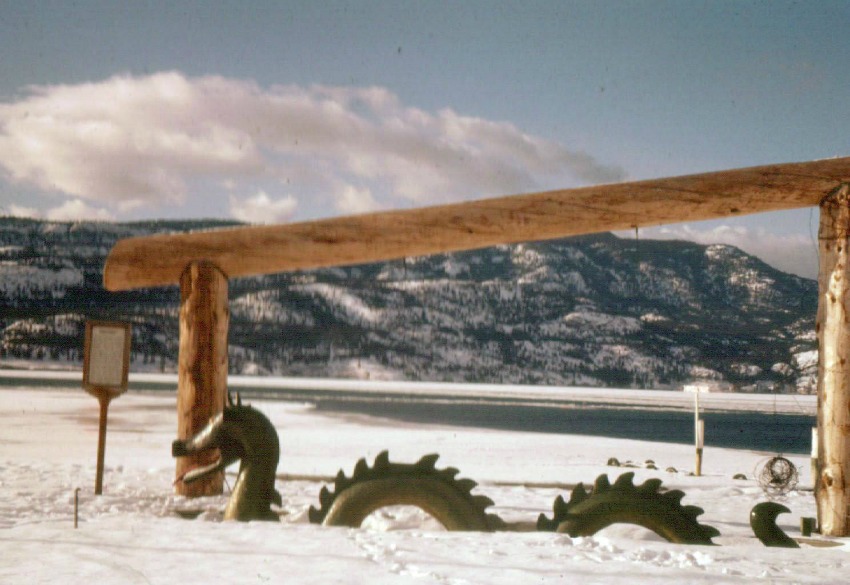 There are countless stories of residents seeing this mysterious creature, which Kelowna is now known for. The stories all vary in dates, times and viewing points, but the main similarity of all stories is that people really do believe they see the creature in Okanagan Lake.

In a story written by Frank Buckland in the UBC library, he shared a story of a west-side settler. In the story, Buckland spoke about a woman seeing the N’ha-a-itk show itself on a summer's day in 1870.

“While she stood on the beach it raced along the surface of the lake and then suddenly disappeared.” 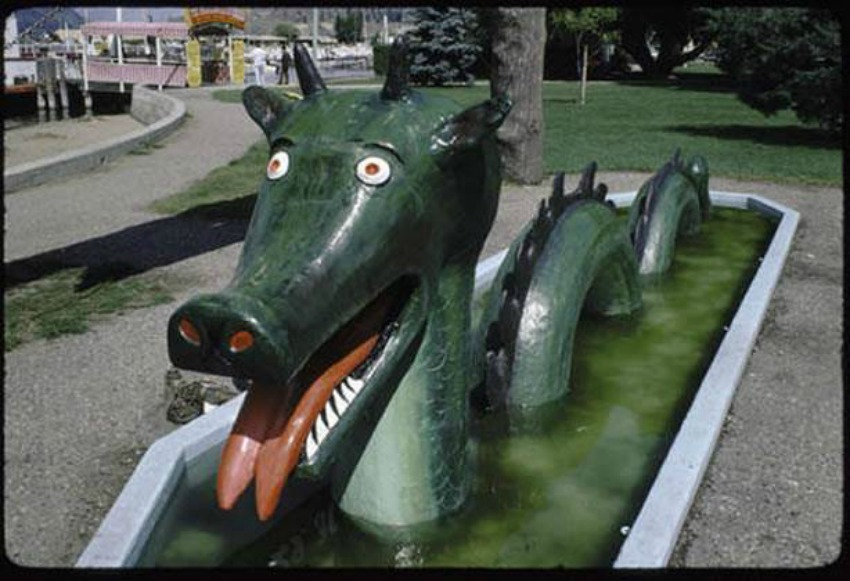 Buckland also wrote about times in Kelowna's history when people were regularly asked if they ever saw a lake creature.

A group of small boys said they saw a creature, with its body submerged in the water, with huge bulging eyes.

“Young matrons, watching their small children on the beach, hastily gathered the families together high up on the bank because of the appearance of a strange creature just offshore,” the story read.

“Middle-aged couples watched something, strange and uncanny, swim at great speed on the lake surface; while elderly folk have told of close-up observations and were able to describe in detail its head and neck which showed above the water.”

According to the Okanagan Valley Guide, in 1914, the tribes of the Nicola Valley and Westbank Indians found a body of a creature across from Rattlesnake Island. Even though the body was decomposing and couldn’t be identified, it was said to be about five or six feet long and weighed around 400 pounds. 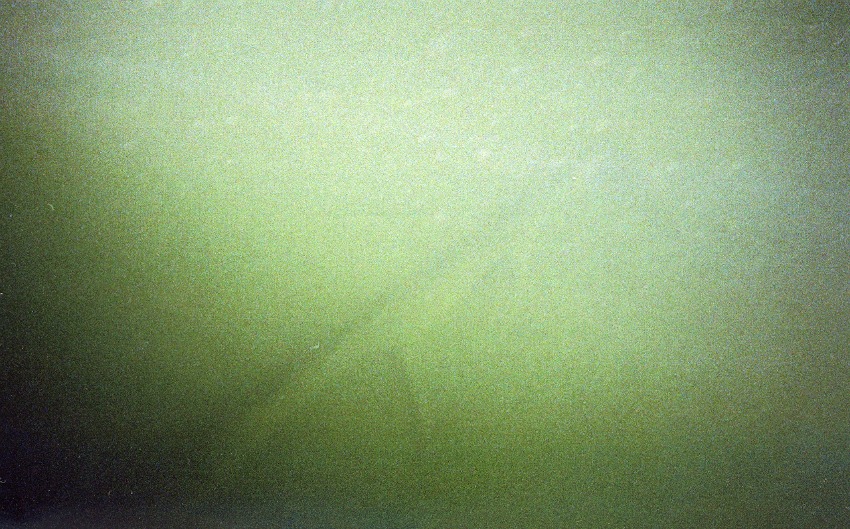 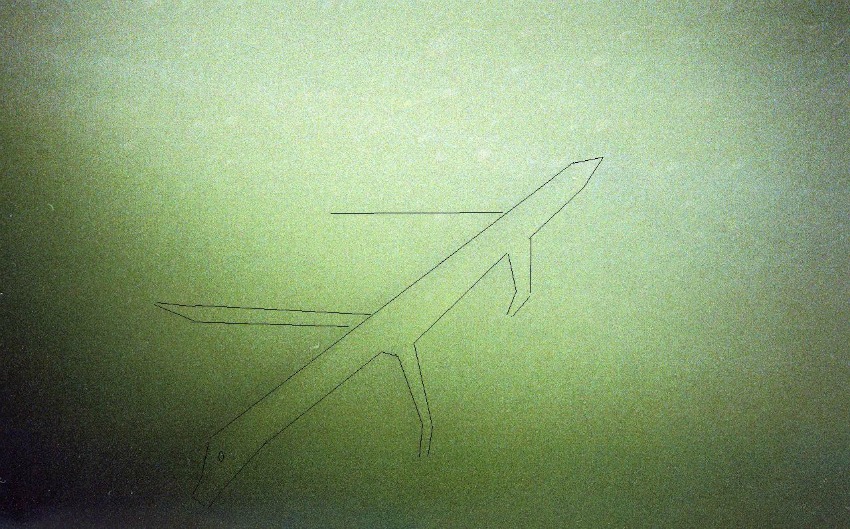 The First Nations people who found the body named this creature N’ha-a-itk.

According to Tourism Kelowna, the Ogopogo has a snakelike body and is about 25 metres long. They say First Nations people spoke of N’ha-a-itk, a fierce lake monster, living at Squally Point, 20 kilometres south of Kelowna.

The Okanagan Valley Guide said that there have been more than 200 sightings of the Ogopogo or of N’ha-a-itk, many being from credible witnesses like a sea captain, a surgeon and several police officers. 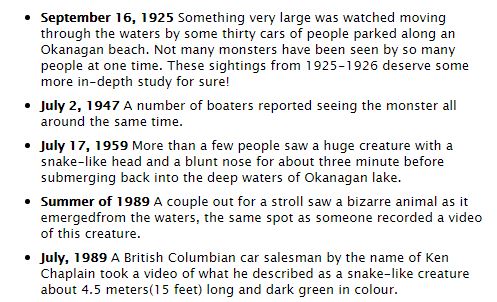 Recently, the City of Kelowna staff recommended councillors eliminate the Ogopogo and go a different direction, to make the City known for something else. Councillors voted against the recommendation, and the creature will remain on the parade float. 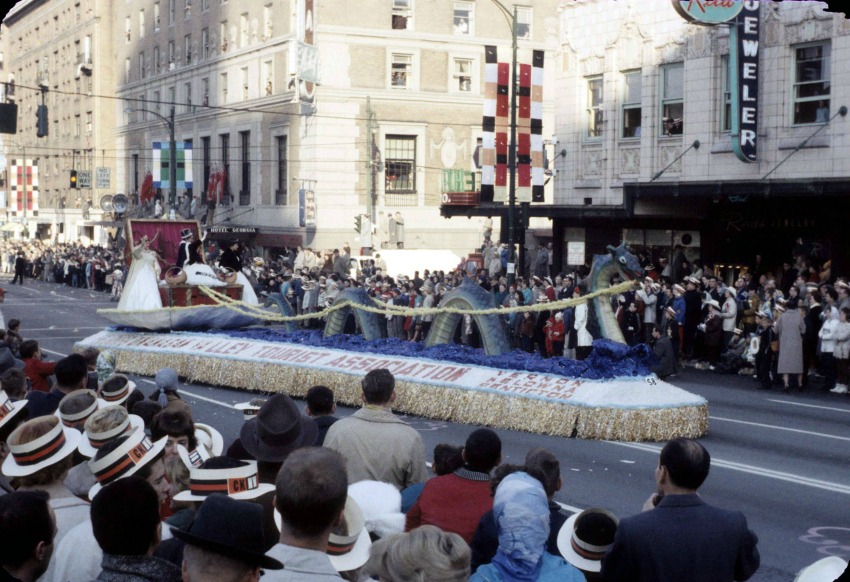 Whether you’ve seen the Ogopogo or have just heard of the mysterious lake creature, one thing is for sure, Kelowna residents love being known for the mysterious creature living in Okanagan Lake.