The history of Okanagan Lake

Okanagan Lake is enjoyed by many every year but how much do you know about the history of the large, deep body of water? 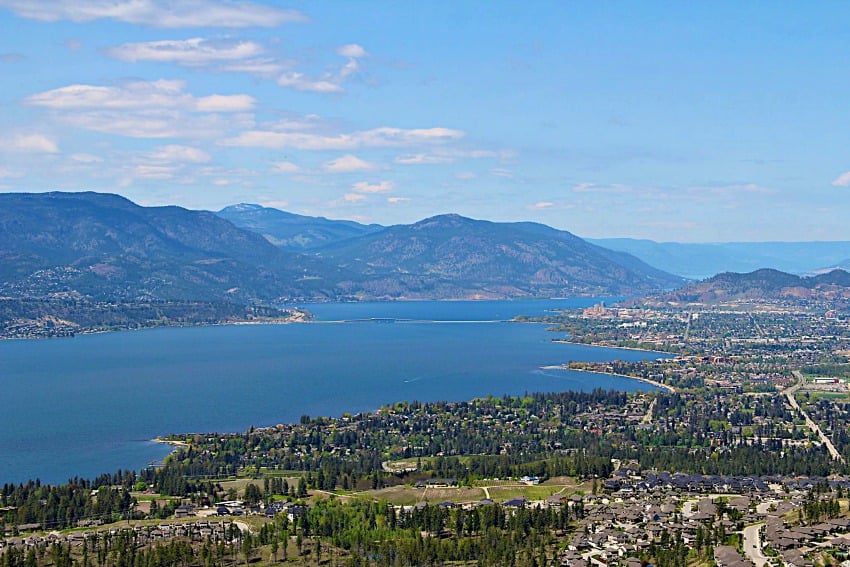 Okanagan Lake is one of the most popular lakes in the Okanagan Valley and is approximately 110 kilometres (km) long and between four and five km wide. Bordering along Kelowna, Vernon, Penticton, and Lake Country, the lake is popular for locals and tourists alike. Okanagan Lake has been carved out by repeated glaciations and it is not uncommon for the depth to vary from 100 metres (m) in one spot, and 10 m in others. Being that the lake is glacier formed, some areas of the lake have up to 750 m of glacial and post-glacial sediment fill, which were deposited during the Pleistocene Epoch. 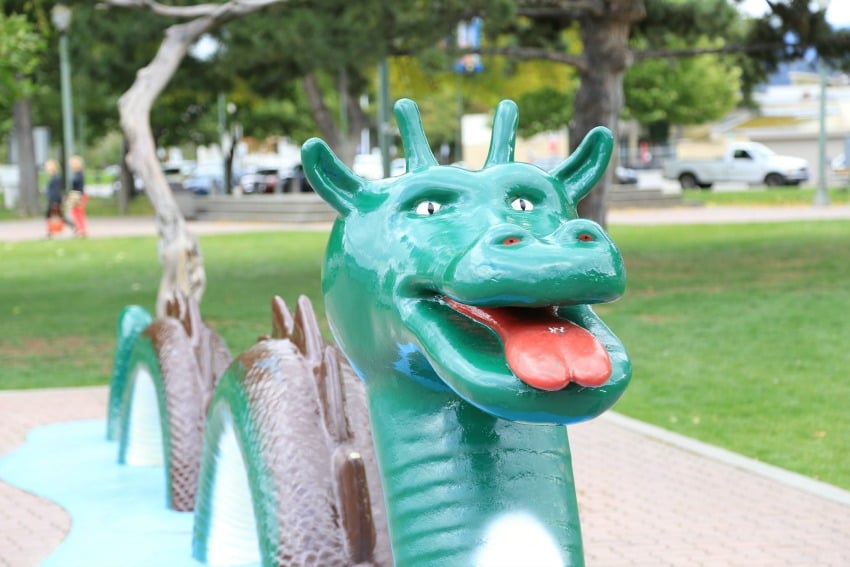 The lake boasts more than 30 isolated beaches and many are equipped with playgrounds, concessions, and bathrooms. Okanagan Lake is home to the legendary lake monster Ogopogo, the creature that lives at Squally Point, located 20 km south of Kelowna. The Ogopogo was known to the First Nations in the community as N’Haatik, the Demon of the Lake. Eventually, the name evolved from a popular music hall song. 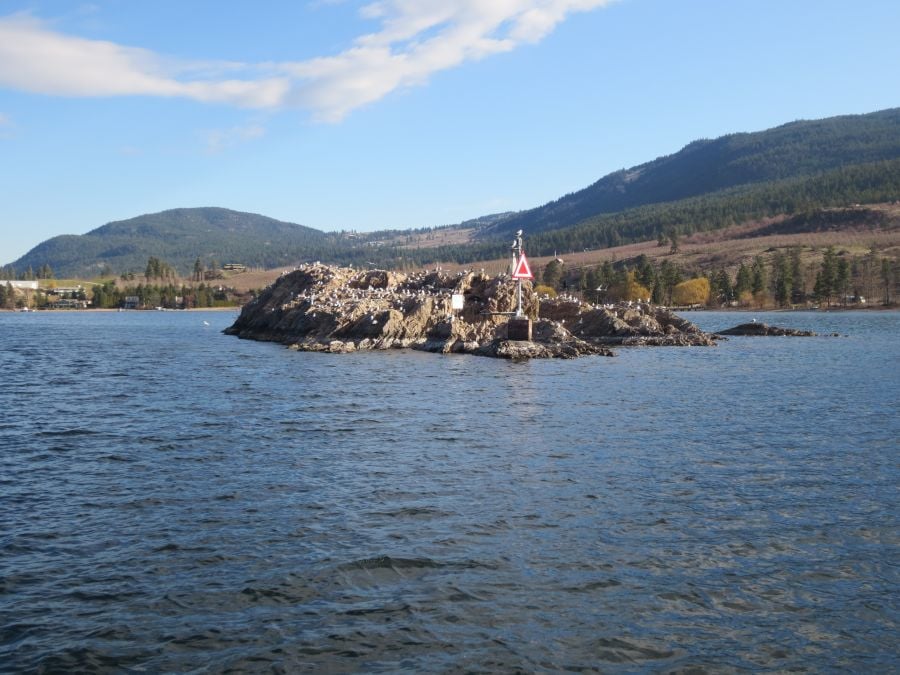 The lake is home to several species of fish, including rainbow trout and kokanee. 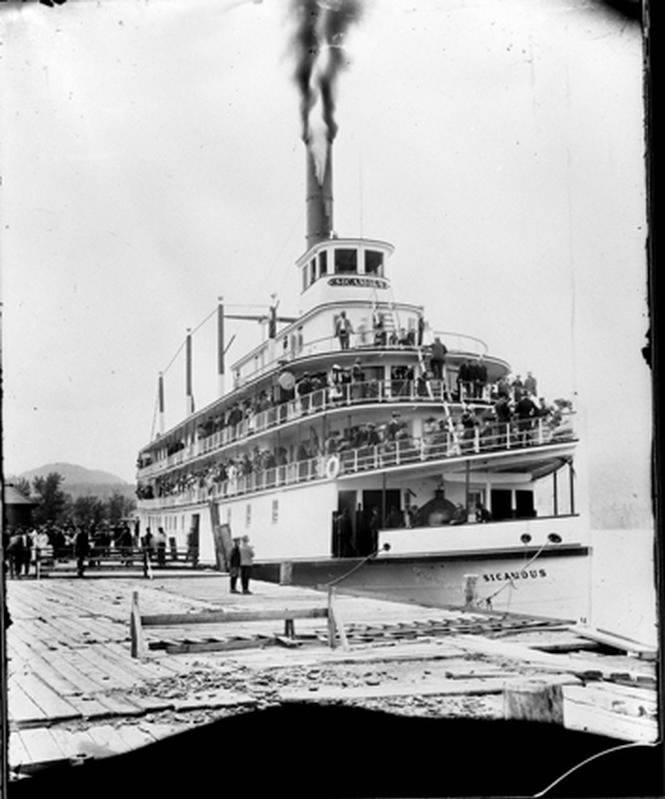 Only one bridge passes over the lake, the William R. Bennett Bridge from Kelowna to West Kelowna. Well before the bridge was built, the S.S. Sicamous was used to ferry people and goods up and down the lake. Built in 1914 and assembled at Okanagan Landing, the boat ferried people from Penticton to Okanagan Landing until Jan. 5, 1935.

Until 1925, Kelowna was entirely dependent on water transportation as all freight had to be towed to either Penticton or Okanagan Landing and it wasn’t until Sept. 11, 1925, when the Canadian National Railroad (C.N.R.) finally arrived for the first time in the community.

In 1951, the boat was turned over to the City of Penticton.

The lake has completely frozen over just a handful of time times, once in 1906/07, in 1929 and again in 1949/50, but these dates have not been completely verified. Only one picture can be found on the frozen lake, this in the Lake Country Museum and Archives. 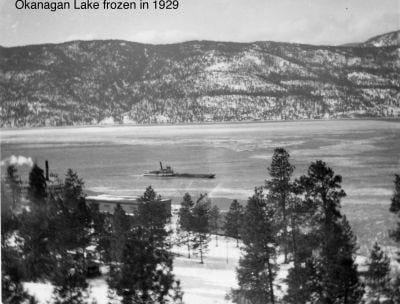 The name is now spelled Okanagan in Canada and Okanogan in the United States.

There are just as many theories as to the derivation of the name of Okanagan and Okanagan Lake. One is that it means “rendezvous” as the head of the river at Lake Osoyoos is where First Nations of B.C. and Washington often gathered for an annual potlatch. One of the more likely explanations is that the name comes from "kana" meaning "the place of," and "gan" meaning "water" or "lake". 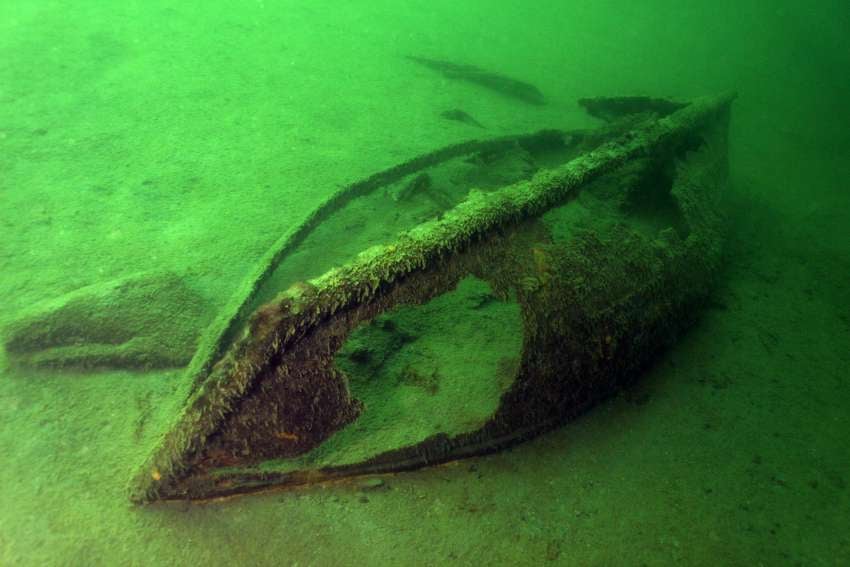 There are many treasures to be found at the bottom of the lake as diving is popular in the region. Some items that can be found include a 100-year-old milk truck, the old bridge, and a Canadian Railway Barge.

While the lake can seem like it is a giant nestled in the valley, at least one resident has conquered the beast. In 2015, Peachland resident Shayn Moritz decided to swim the lake from end to end to celebrate his 50th birthday. Moritz completed the task in seven days, a total of 123 km, and used sheer stamina to achieve his goal. 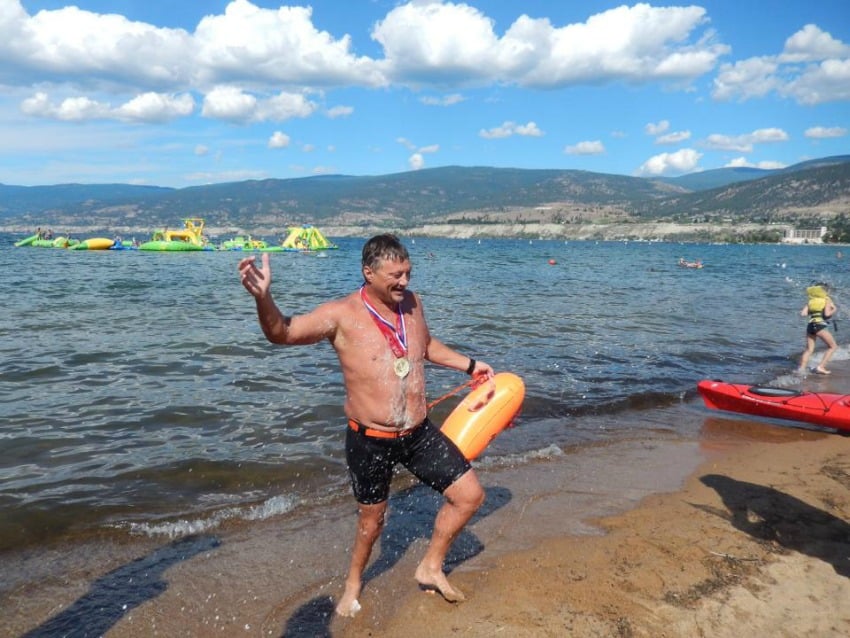 Do you have something to add to the history of Okanagan Lake? Add your comments in the section below.