Young Entrepreneur Series: Fresh out of school and above the cut

Although she may be young, the owner of one Kelowna hair salon wasn’t discouraged from running a successful team. 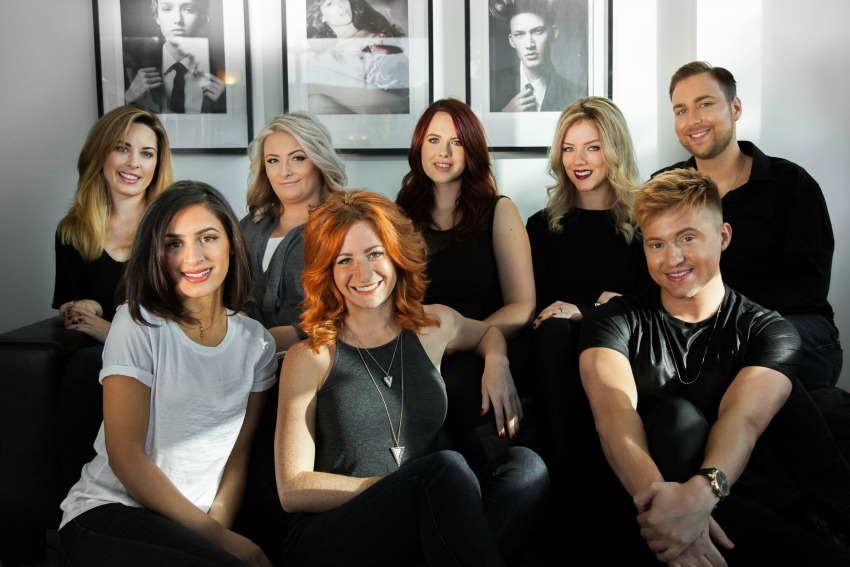 Tara Sebastianis, owner and stylist at Crimson Hair Salon, started working at a local salon when she finished school.

"When the previous owner hired me, I always said, 'I'm going to buy you out one day,' and then it ended up happening,” she said.

Newly out of hair school and only 25 years old, Sebastianis said she definitely questioned the idea. It was her mother Susan who thought otherwise.

"She was kind of the one who pushed me into taking over the salon from the get-go and I was like, 'You're crazy, no, I'm 25.’” Sebastianis said. “She was like, 'You can do it. What's the worst that can happen? You tried.

“She's like my backbone. Without her this would not have happened at all.”

In fact, Sebastianis said her parents have always been her influence when it comes to business and success. When she was growing up, they owned a construction company together.

"I grew up in the kind of environment where you just kind of did it,” she said. “Ever since I was in hair school, my dream was always to own my own hair salon.

“When it came available I jumped on the opportunity. It's just always been in my blood.”

According to Sebastianis, buying the business was both exciting and nerve-wracking and definitely pushed her to be a full fledged adult, fast.

"It was kind of like taking the plunge and just jumping in,” she said.

In the past year and a half, Sebastianis went from having no staff, to having a full staff with eight chairs and a back room for eyelash extensions.

"Slowly but surely I just kind of talked to people and got them to come join me,” she said.

With a new name and all new people, Crimson Hair Salon is a busy place and Sebastianis is a very busy person.

Although it’s not always easy, Sebastianis said there are some serious pluses.

"My coworkers are my family and they're my friends,” she said. “I love coming here and I love working with them and I love us all growing together.

“We're all kind of newer stylists, kind of all at different levels, and we're all really hungry to be the best, kind of just pushing ourselves and each other. I think that's the best part.”

It’s that atmosphere that brings people through the door.

"When you come in here, I think you just kind of feel at home,” said Sebastianis. "I think they really feel how much we're all connected and how we all work together.

“People love their hair and that's such a great feeling to make men and women feel beautiful.”

Looking for advice on starting a business?

"If it's been a dream of yours just do it,” Sebastianis said. “If I wouldn't have tried this I would've failed and to me that's a huge thing.

She also recommends talking to as many entrepreneurs as you can.

In the future, Sebastianis said she hopes to grow the salon even more, bring in more people and maybe open second location down the road. She’s also toyed with the idea of starting an education program.

At the salon, they also take pride in their community involvement.

They are in the middle of a campaign for breast cancer awareness, have done photo shoots for Okanagan Woman magazine, taken part in Cuts for the Cure and Relay for Life and put on a yearly food drive at Christmas.

"It's really important to me and everyone here is on the same page with stuff like that,” Sebastianis said.

Right now, if you visit the salon, you can get a pink streak (by donation), with proceeds going to the Cancer Society. 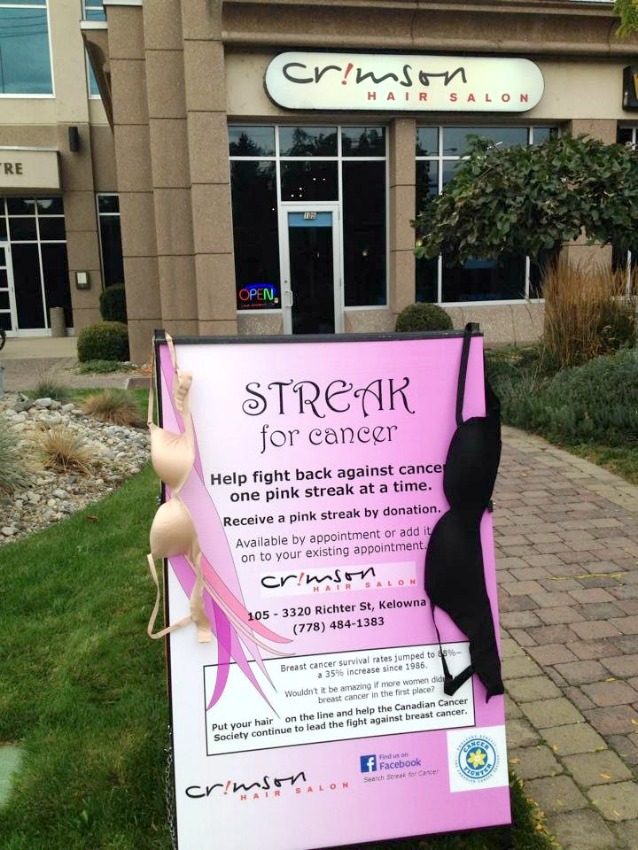